Loading
World-Changing Ideas | Disease
Should we diagnose rare diseases with smartphones?
Share using EmailShare on TwitterShare on FacebookShare on LinkedinShare on Whatsapp 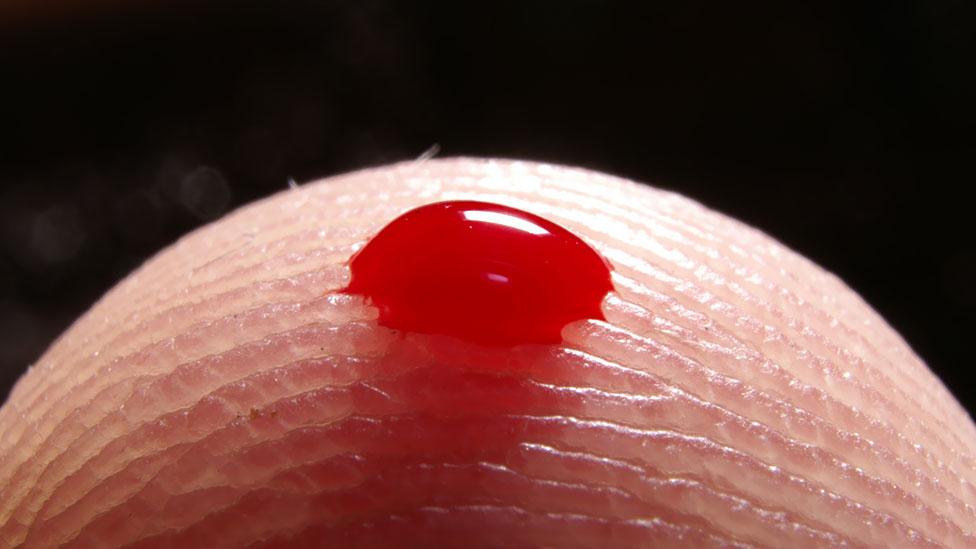 Your phone could help diagnose rare diseases like Ebola, finds David Robson – and one day it might even replace the doctor’s surgery too.
A

As fear of the Ebola virus escalates, Eric Topol thinks that we’re missing an important weapon. And you just need to reach into your pocket to find it. “Most communicable diseases can be diagnosed with a smartphone,” he says. “Rather than putting people into quarantine for three weeks – how about seeing if they harbour it in their blood?” A quicker response could also help prevent mistakes, such as the patient in Dallas who was sent home from hospital with a high fever, only to later die from the infection.

It’s a provocative claim, but Topol is not shy about calling for a revolution in the way we deal with Ebola – or any other health issue for that matter. A professor of genomics at the Scripps Research Institute in California, his last book heralded “the creative destruction of medicine” through new technology. Smartphones are already helping to do away with many of the least pleasant aspects of sickness – including the long hospital visits and agonising wait for treatment. An easier way to diagnose Ebola is just one example of these sweeping changes.

Many of these transformations hinge on the insights a phone can give into someone’s life. At the moment, most doctors need to rely on a blinkered view of their patient’s lifestyle, based on face-to-face interviews. Our phones, however, give a warts-and-all account of our behaviour. “The smartphone travels around with us everywhere,” says Deborah Estrin at Cornell University. Estrin co-founded Open mHealth – a non-profit that aims to transform the way that personal and digital data is used in medicine – and will be presenting at BBC Future’s World-Changing Ideas Summit in New York on 21 October. “From it you can know when they are getting out of the house, how ambulatory they are, the speed they are moving through the world. And it’s often the last thing you touch when you go to sleep and first thing you touch when you are awake – so it tells you about sleep patterns.” That’s not to mention simple plug-ins that could measure your blood pressure, blood sugar level or even analyse your urine.

So far, however, few doctors have embraced these possibilities.  “The medical cocoon has not allowed a digital invasion,” says Topol, “while the rest of the world has already assimilated the digital revolution into its day-to-day life.” That’s not due to lack of demand: many patients are already monitoring their health through their phone, with apps that check your skin for cancer from a selfie, for example. These programs are not always designed with the accuracy most doctors would require, however – and some fear that by missing a diagnosis and offering a false sense of security, they could cost lives. “The slower the healthcare system is in exploring these things, the more people are at risk by doing the exploration on their own,” says Estrin. 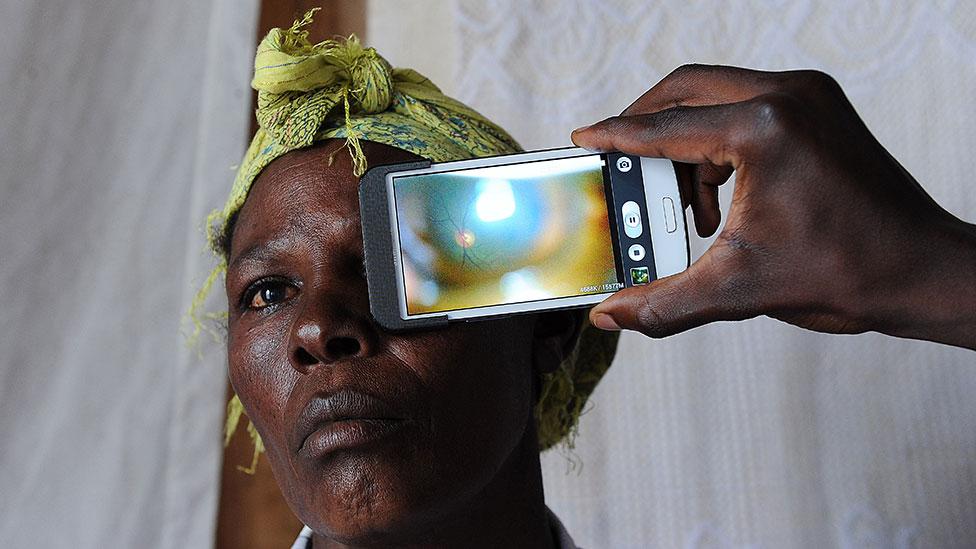 For the time being, Estrin and Topol suggest that the apps should be used to monitor and enhance existing treatments. Topol, for instance, points out that a patient suffering from heart disease can use a smartphone app and attachment to monitor their blood pressure throughout the week. “Then they know the context – that it’s only abnormal when they go back to work on Monday, or when the medicine wears off by evening. Those are things I would never be in touch with if they only visit me in my office.” Estrin, meanwhile, suggests that tracking a rheumatoid arthritis patient’s movements could pinpoint the times at which their pain flares up – helping the doctor to design a treatment plan that pre-empts the moments of intense agony and prevents further damage to the joints.

But this is just the beginning. Combine this information with personal genetics data and screens of the body’s unique ecology of bacteria – both of which can influence the progression of the disease – and you begin to pick apart the complex tapestry of influences shaping someone’s health. Problems that currently evade explanation – be it recurring migraines, insomnia, an irritable gut or something more mysterious – could then be solved without calling Dr House. “Our ability to unravel medical mysteries is now unprecedented,” says Topol.

As these kinds of developments gain momentum, Topol thinks that doctors’ appointments will become increasingly rare. “We will never completely see physical offices go away because sometimes face-to face-meetings are critical, but virtual visits will explode in common use,” he says. “It fundamentally changes the doctor-patient relationship.” 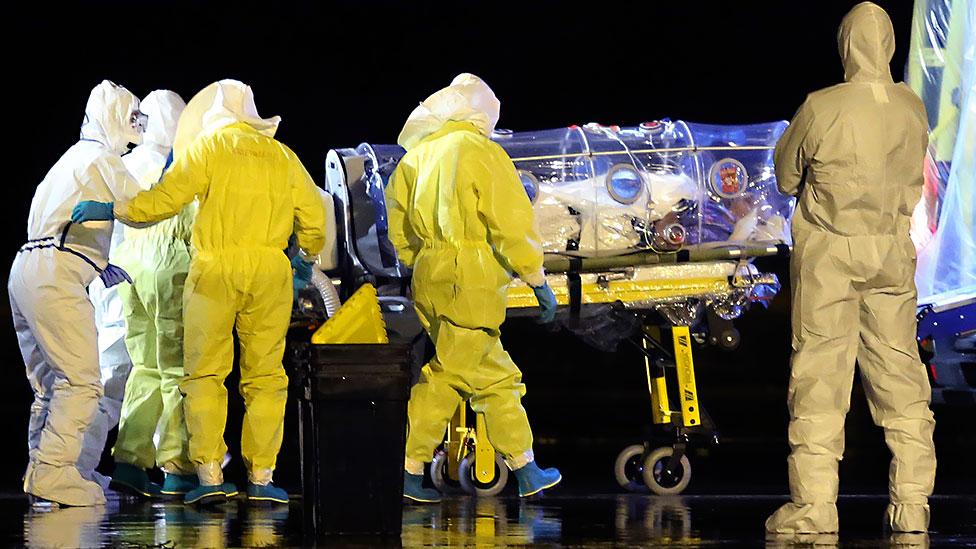 But perhaps the best illustration of the technology will come from larger health crises – including the recent Ebola outbreak. Estrin, for instance, points out that using location data recorded by a phone could help you to track where infectious individuals have been, and who they have come into contact with. Although concerns about privacy may make it difficult to get hold of this data, she thinks it could be a good way to know which people you should be monitoring for symptoms.

Topol, meanwhile, thinks that smartphones should speed up Ebola diagnosis itself. Current tests requires specialist labs that aren’t readily available in some of the hardest hit zones, but one technique – “polymerase chain reaction” – could be performed by a cheap add-on to a mobile phone. PCR works by amplifying traces of the pathogen’s DNA in a patient’s blood sample and tagging them with a fluorescent dye. The phone’s camera can then detect the glowing dye to determine whether the virus was present in the sample.

“Ebola only has five genes – so it’s tiny but its presence in the blood should be easy to detect,” says Topol. Biotech firm Biomeme, based in Philadelphia, is already on the case. Maria Chacon Heszele and Jesse vanWestrienen, who are working on the system, point out that their portable PCR could screen someone in less than two hours from a single finger prick. It also has a low false-positive rate – just three per thousand cases. 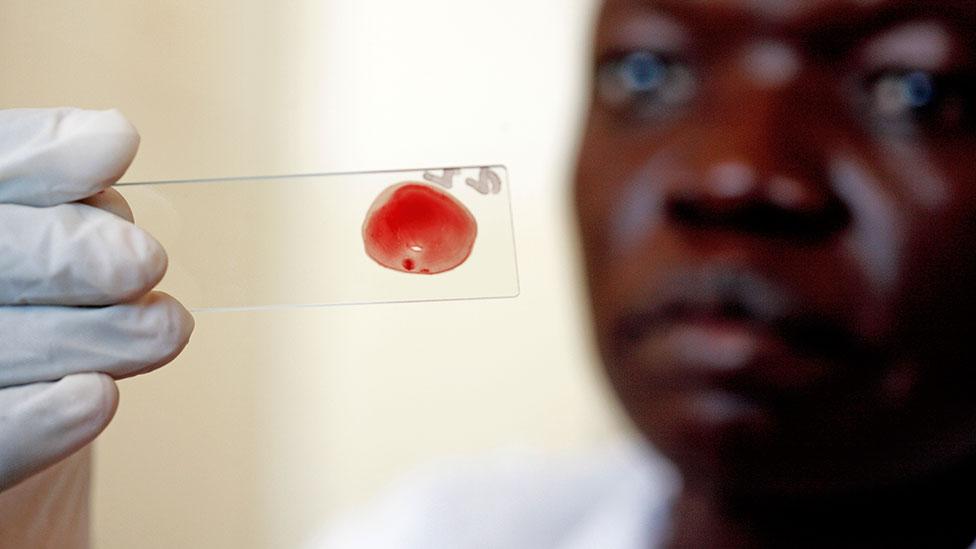 In other words, people who have been exposed to a carrier – like the 132 people who took a flight with an infected health worker in Dallas earlier this week – could be tested regularly to determine who is infected and might be infectious. Importantly, it is very easy to set-up in more remote regions. “It's lower-cost, requires little (if any) maintenance, and the interface is easily understood,” Chacon Heszele and vanWestrienen told BBC Future in an email. And since the data is kept on a smartphone, the findings could be uploaded to a central database to track the spread of the disease, which in turn could help to issue early warnings and prevent further contagion.

The Biomeme team are currently refining and testing the technology, but if it works it could be the surest sign yet of the wider medical revolution that is set to change all of our lives, across the globe. “These tools could be used anywhere in the world – whether you are in Liberia or London,” says Topol. “There is no part of healthcare that will be spared.”

To find out more about the use of mobile technology in health care and beyond, check out the World-Changing Ideas Summit in New York on 21 October. BBC Future will be covering the event in full – so watch this space.