Despite decades of sending sounds and pictures into space no aliens have responded. Have we been doing it wrong? Tracey Logan investigates, and discovers some novel attempts to make contact – including the smells of our planet.

Artist Carrie Paterson has long dreamed of beaming messages far out to the emptiness of space. Except her messages would have an extra dimension – smell.

By broadcasting formulae of aromatic chemicals, she says, aliens could reconstruct all sorts of whiffs that help to define life on Earth: animal blood and faeces, sweet floral and citrus scents or benzene to show our global dependence on the car. This way intelligent life forms on distant planets who may not see or hear as we do, says Paterson, could explore us through smell, one of the most primitive and ubiquitous senses of all. 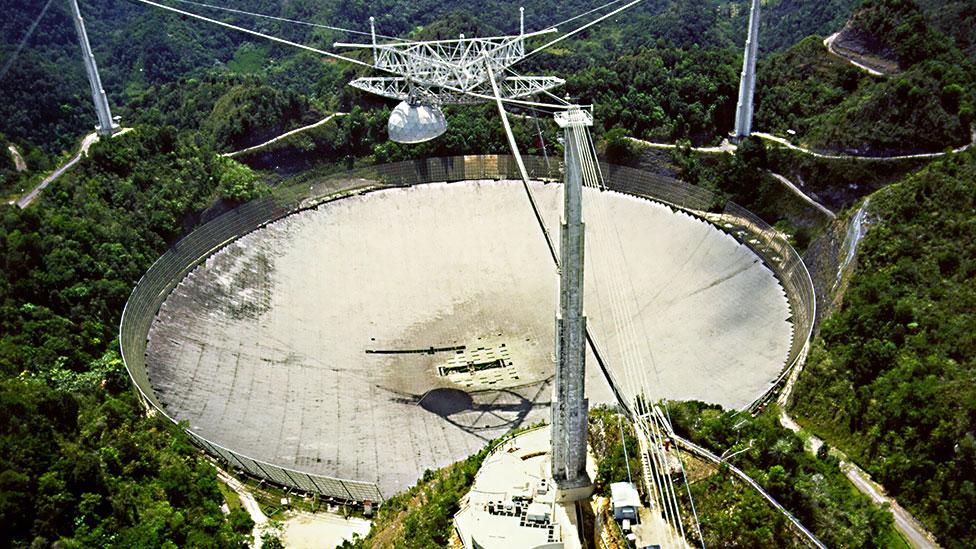 Her idea is only the latest in a list of attempts to hail intelligent life outside of the Solar System. Forty years ago this month, the Arecibo radio telescope in Puerto Rico sent an iconic picture message into space – and we’ve arguably been broadcasting to aliens ever since we invented TV and radio.

However in recent years, astronomers, artists, linguists and anthropologists have been converging on the idea that creating comprehensible messages for aliens is much harder than it seems. This week, Paterson and others discussed the difficulties of talking to our cosmic neighbours at a conference called Communicating Across the Cosmos, held by Seti (Search for Extraterrestrial Intelligence). It seems our traditional ways of communicating through pictures and language may well be unintelligible – or worse, be catastrophically misconstrued. So how should we be talking to ET?

We have always wanted to send messages about humanity beyond the planet. According to Albert Harrison, a space psychologist and author of Starstruck: Cosmic Visions in Science, Religion and Folklore, the first serious designs for contacting alien life appeared two centuries ago, though they never got off the ground.

In the 1800s, mathematician Carl Gauss proposed cutting down lines of trees in a densely forested area and replanting the strips with wheat or rye, Harrison wrote in his book. “The contrasting colours would form a giant triangle and three squares known as a Pythagoras figure which could be seen from the Moon or even Mars.” Not long after, the astronomer Joseph von Littrow proposed creating huge water-filled channels topped with kerosene. “Igniting them at night showed geometric patterns such as triangles that Martians would interpret as a sign of intelligence, not nature.” 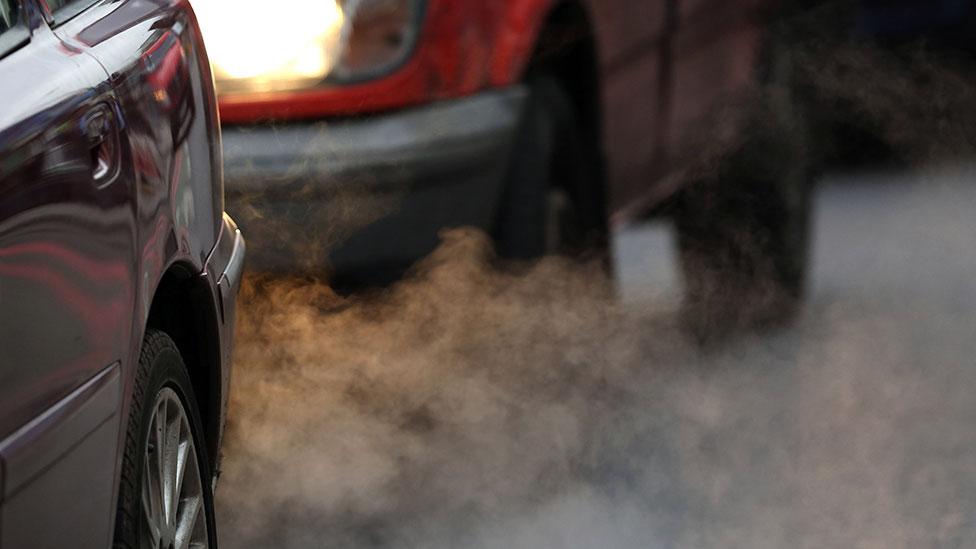 Odours needn't be pleasant - the smell of gasoline, for instance, could hint at our reliance on fossil fuels (Getty Images)

But in the 20th Century, we began to broadcast in earnest. The message sent by Arecibo hoped to make first contact on its 21,000 year journey to the edge of the Milky Way. The sketches it contained, made from just 1,679 digital bits, look cute to us today, very much of the ‘Pong’ video game generation.  Just before then, Nasa’s Pioneer 10 and 11 space probes each carried a metal calling card bolted onto their frame with symbols and drawings on the plaque, showing a naked man and woman.

Yet it’s possible that these kinds of message may turn out to be incomprehensible to aliens; they might find it as cryptic as we find Stone Age etchings.

“Linear drawings of a male and a female homo sapiens are legible to contemporary humans,” says Marek Kultys, a London-based science communications designer. ”But the interceptors of Pioneer 10 could well assume we are made of several separate body parts (i.e. faces, hair and the man’s chest drawn as a separate closed shapes) and our body surface is home for long worm-like beings (the single lines defining knees, abdomens or collarbones.).”

Man-made tech may also be an issue. The most basic requirement for understanding Voyager’s Golden Record, launched 35 years ago and now way out beyond Pluto, is a record player. Aliens able to play it at 16 and 2/3 revolutions a minute will hear audio greetings in 55 world languages, including a message of ‘Peace and Friendship’ from former United Nations Secretary General Kurt Waldheim. But how many Earthlings today have record players, let alone extraterrestrials? 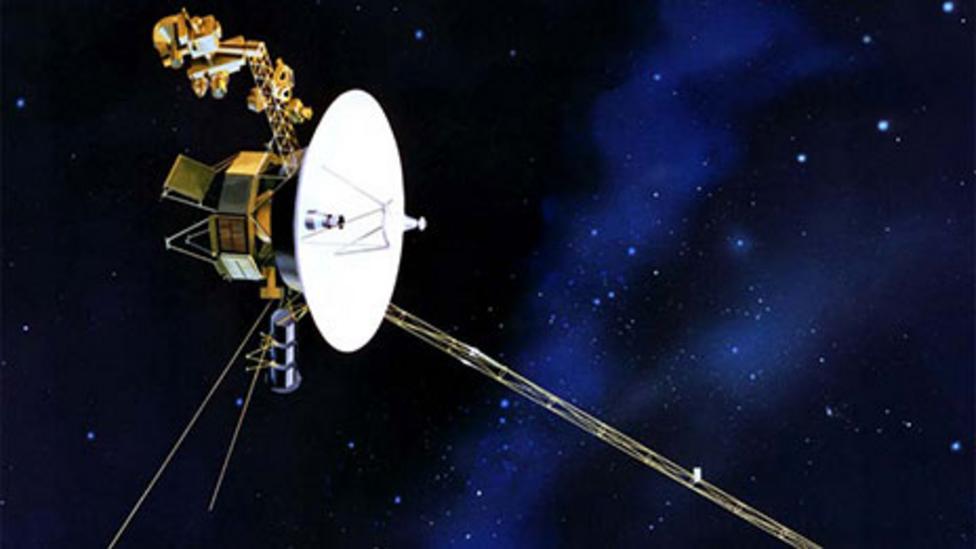 What if the aliens we’re trying to talk to are utterly different from us, physically and mentally? What if alien life is like the type encountered in Stanislav Lem’s Solaris, for instance, where a planet is surrounded by an intelligent ocean. The ocean itself is the alien being, a disembodied mind.

“Supposing an “alienish” speaking human wished to explain the whole concept of sexual reproduction to a homogenous sentient ocean, would there be any chance for the human to become understood?” says Kultys. “Sharing the same context is essential for comprehension.”

Inevitably such messages become outdated too, like time capsules. Consider the case of the Oglethorpe Atlanta Crypt of Civilization – a time capsule sealed on Earth in 1940, complete with a dry martini and a poster of Gone With the Wind. It was intended as a snapshot of 20th Century life for future humans, not aliens, but like an intergalactic message, may only give a limited picture to future generations. When, in 6,100 years, the Oglethorpe time capsule is opened, would Gone With The Wind have stood the test of time? 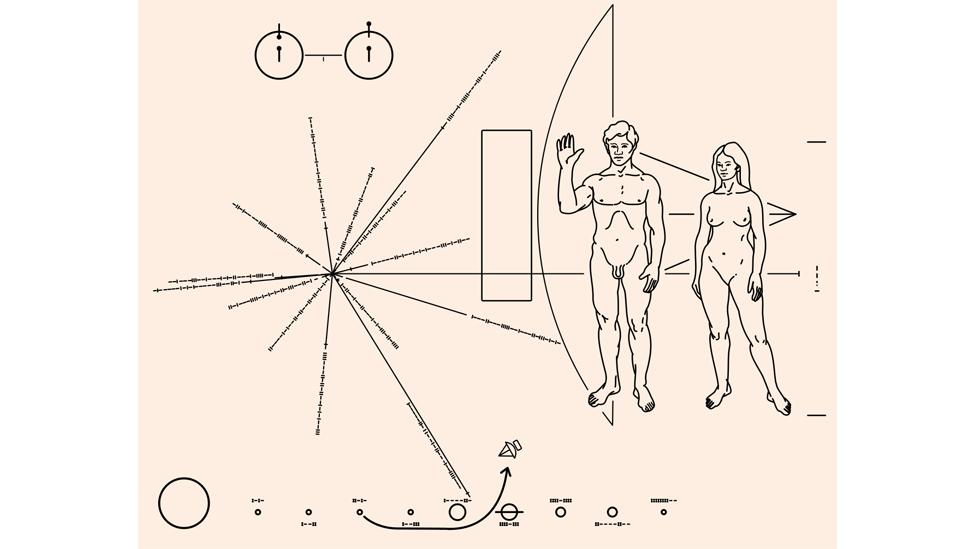 Kultys argues that all these factors should be taken into account when we calculate the likelihood of communicating with intelligent life. The astronomer Frank Drake’s famous equation allows anyone to calculate how many alien species are, based on likely values of seven different factors. At a UK Royal Society meeting in 2010 Drake estimated there are roughly 10,000 detectable civilisations in the galaxy. Yet Kultys points out that we should also factor in how many aliens are using the same channel of communications as us, are as willing to contact us as we are them, whose language we hope to learn, and who are physically similar to us.

Another barrier we might consider is the long distance nature of trans-cosmos communication. It means that many years ‒ even a thousand ‒ could pass between sending a message and receiving a reply. Paterson sees romance in that. “Our hope for communication with another intelligent civilisation has a melancholic aspect to it. We are on an island in a vast, dark space. Imagine if communication… became like an exchange of perfumed love letters with the quiet agony of expectation... Will we meet? Will we be as the other imagined? Will the other be able to understand us?”

Ready for an answer?

Anthropologist John Traphagan of the University of Texas in Austin has been asking the same question, though his view is more cautious. "When it comes to ET, you'll get a signal of some kind; not much information and very long periods between ‘Hi, how are you?’ and whatever comes back. We may just shrug our shoulders and say 'This is boring’, and soon forget about it or, if the time lag wasn't too long, we might use the minimal information we get from our slow-speed conversation to invent what we think they're like and invent a kind concept of what they're after.” 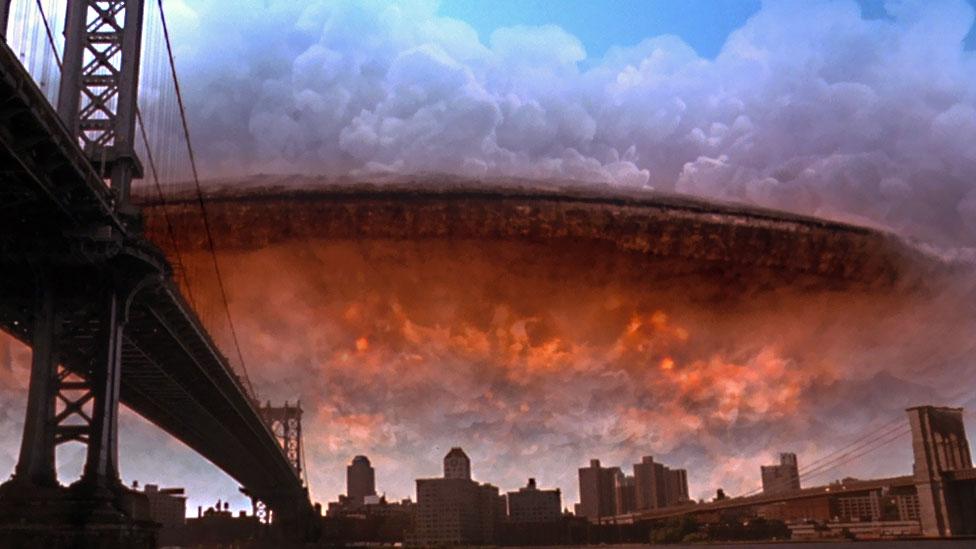 While we have been sending out messages, we have not been preparing the planet for what happens when we get an interstellar return call. First contact could cause global panic. We might assume those answering are bent on galactic domination or, perhaps less likely, that they are peaceful when in fact they’re nasty.

Consider how easy it is to mess up human-to-human communications; I got Traphagan’s first name wrong when I e-mailed him for this article. An apology within minutes cleared up the confusion, yet if he had been an alien anthropologist on some distant planet it would have taken much longer to fix. He later confessed: "I could have thought this is a snooty English journalist and our conversation might never have happened."

Even if Earth’s interstellar messaging committees weeded out the typos, cultural gaffes are always a possibility. These can only be avoided by understanding the alien’s culture – something that’s not easy to do, especially when you’ve never met those you’re communicating with.

So, what is the best way to communicate? This is still up for grabs – perhaps it’s via smell, or some other technique we haven’t discovered yet. Clearly, creating a message that is timeless, free of cultural bias and universally comprehensible would be no mean feat.

But for starters, being honest about who we are is important if we want to have an extra-terrestrial dialogue lasting centuries, says Douglas Vakoch, director of interstellar message composition at Seti. (Otherwise, intelligent civilisations who’ve decoded our radio and TV signals might smell a rat.) 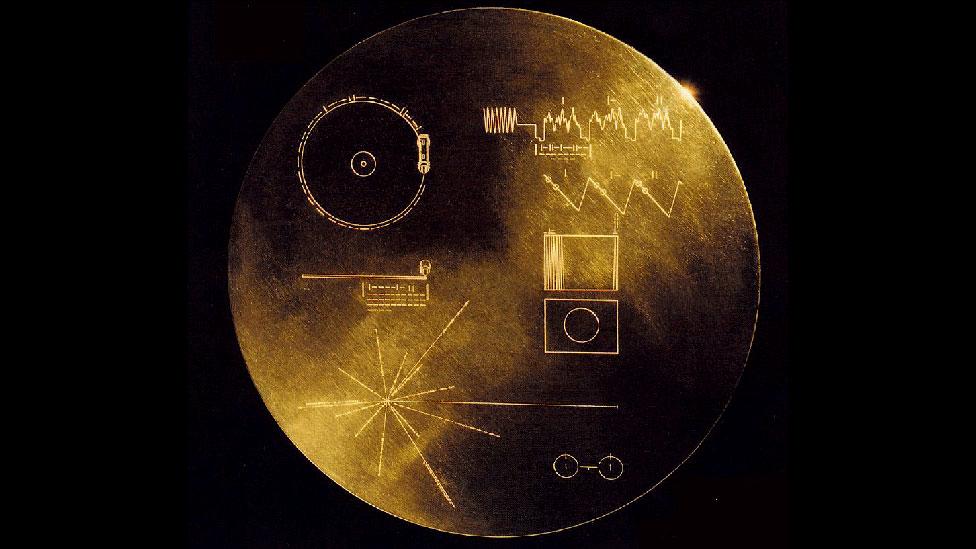 “Let's not try to hide our shortcomings,” says Vakoch. “The message we should send to another world is straightforward: We are a young civilisation, in the throes of our technological adolescence. We're facing a lot of problems here on Earth, and we're not even sure that we'll be around as a species when their reply comes in. But in spite of all of these challenges, we humans also have hope – especially hope in ourselves."

Voyager’s Golden Record paints a rosy picture of humanity. It doesn't mention our wars or famines, Earth’s pollution or nuclear explosions. According to Traphagan, any aliens who came to Earth on the basis of that would say: "Hey, I thought this was a really nice place but they've polluted the crap out of it."

Yet ultimately what matters, says Paterson, is that they stop and consider the beings who sent them a message; the people who wanted to say: “Here are some important things. Here’s our DNA, here is some maths and universal physics. And here is our longing and desire to say “I’m like you, but I’m different.” 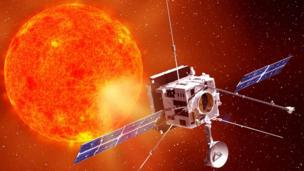 The spacecraft built with bones 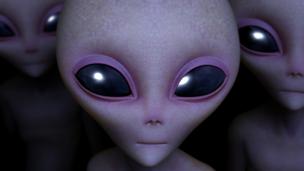 Do religions believe in aliens? 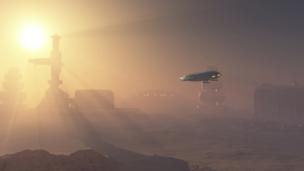 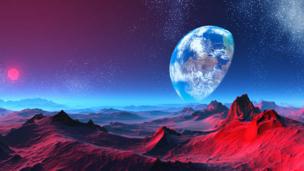