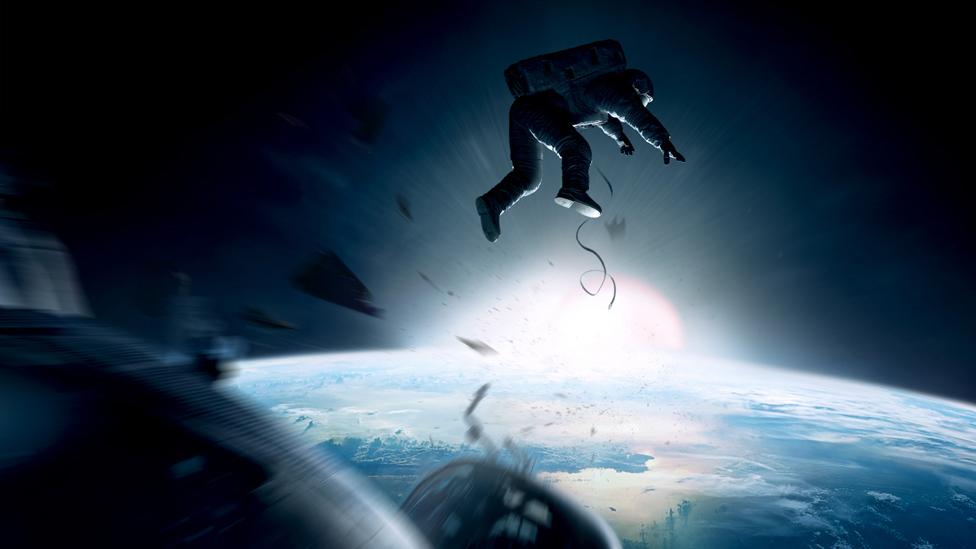 By Richard Hollingham 18th November 2014
According to Hollywood hit Interstellar, we might be able to travel to distant planets via wormholes. But what else can movies tells us about life in space? Our space columnist finds out.
F

From exploding eyeballs and noisy explosions to midichlorians and inertial dampeners, science fiction is often derided for getting the science horribly wrong. There are dozens of blogs, written by respected scientists and commentators, berating writers and directors for sacrificing the fundamental laws of the Universe in order to tell a good story. Or, in the case of Star Trek: The Motion Picture, a dull and tedious one.

But with a new wave of science fiction films – such as Gravity and Interstellar – taking physics seriously, is it time to let movies teach us something about the cosmos and humanity’s quest to reach for the stars?

‘Failure is not an option’

In Apollo 13, Flight Director Gene Kranz (played by Ed Harris) stands in front of a blackboard and bellows to the assembled engineers and mission controllers that, following the explosion on board the spacecraft, “failure is not an option”. You know everything will be okay. 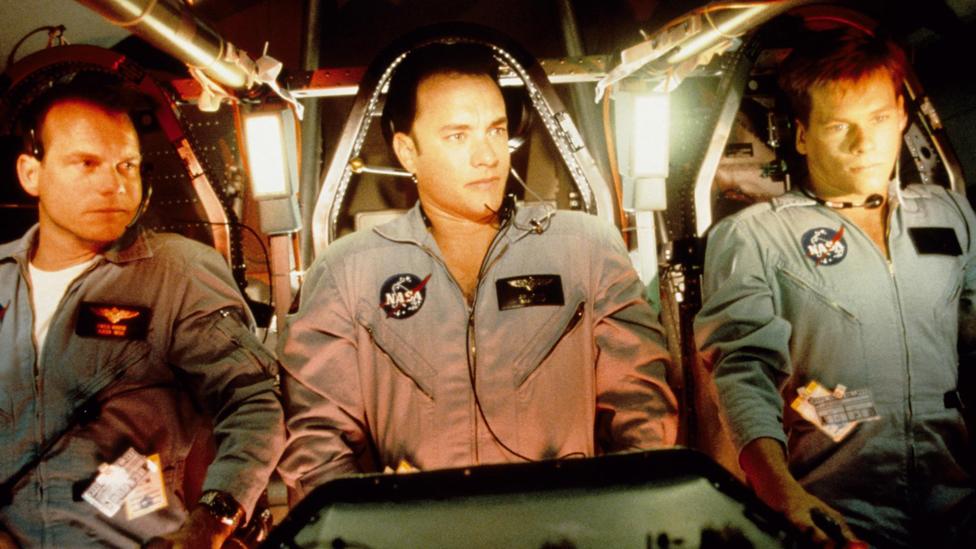 Apollo 13: failure is not an option when it comes to bringing back stranded astronauts (Universal)

The reality of whether Kranz actually uttered that phrase is immaterial; it has become synonymous with the can-do spirit of space pioneers coping with adversity, spawning a mini-industry of self-help manuals and business seminars. If you visit the visitor’s centre gift shop in Houston, you can barely move for books, mugs and t-shirts plastered with the words.

“Failure is not an option” certainly became the underlying philosophy of the Apollo 13 mission and their (spoiler alert) ultimately successful attempt to return the crew safely to Earth. However, the more useful phrase in the development of human spaceflight has been the opposite: failure is an option.

Humans learn from failure and, throughout the space age, failure, disaster and tragedy have been exceptionally important in improving the safety and reliability of spaceflight. The Apollo 1 launchpad fire in 1967, for example, killed three astronauts but led to the complete redesign of the Apollo capsule enabling 12 men to walk on the Moon and return safely to Earth.

Similarly, the cosmonauts and astronauts of Soyuz 1, Soyuz 11, Challenger, Columbia and SpaceShipTwo have all given their lives to advance human knowledge. Fortunately, failure does not always come with human cost but if failure were not an option, we would never take risks and push the boundaries of technology.

When the dysfunctional crew of Galaxy Quest spy some cute-looking extraterrestrial creatures, they already suspect that things might not be all they seem. The crew has been here before (albeit in a TV studio) and it is little surprise when the wide-eyed aliens start tearing apart one of their own. 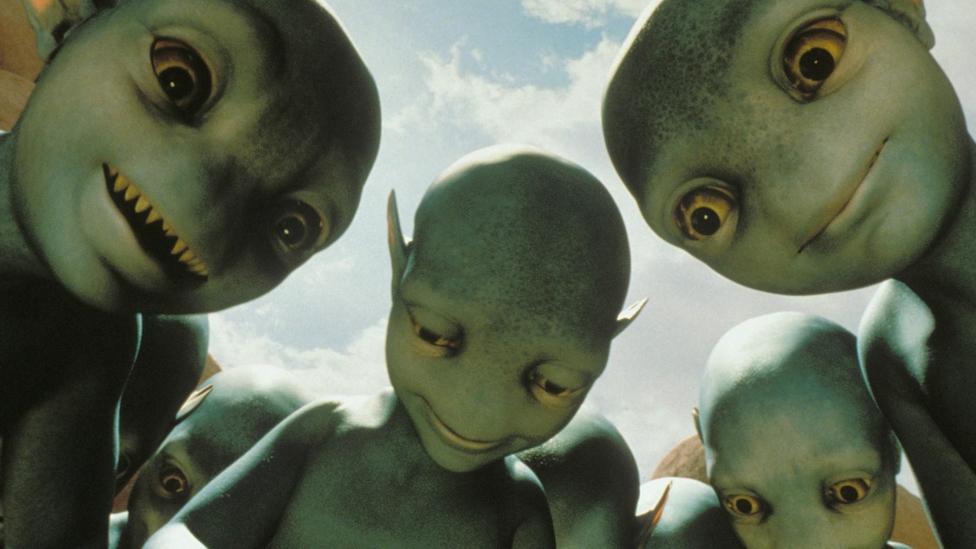 From Ridley Scott’s Alien or the beguilingly disguised invaders of Mars Attacks or scantily-clad women that throw themselves at Captain Kirk but turn out to be androids, the aliens of science fiction rarely seem to come in peace. Apart from the Vulcans, and they are more than a little self-righteous.

Certainly looking at how humans have treated new worlds should give us cause for concern; Professor Stephen Hawking has warned of the dangers of trying to make contact with aliens. In 2010 he cautioned that they would come to Earth and plunder our resources. "If aliens visit us, the outcome would be much as when Columbus landed in America,” he once said, “which didn't turn out well for the Native Americans.”

Even if intelligent life is rare, science fiction suggests we should still be careful. One of my favourite space films, the terrifying 1971 movie The Andromeda Strain, for instance involves a microbe from space clotting the blood of everyone it comes in contact with. 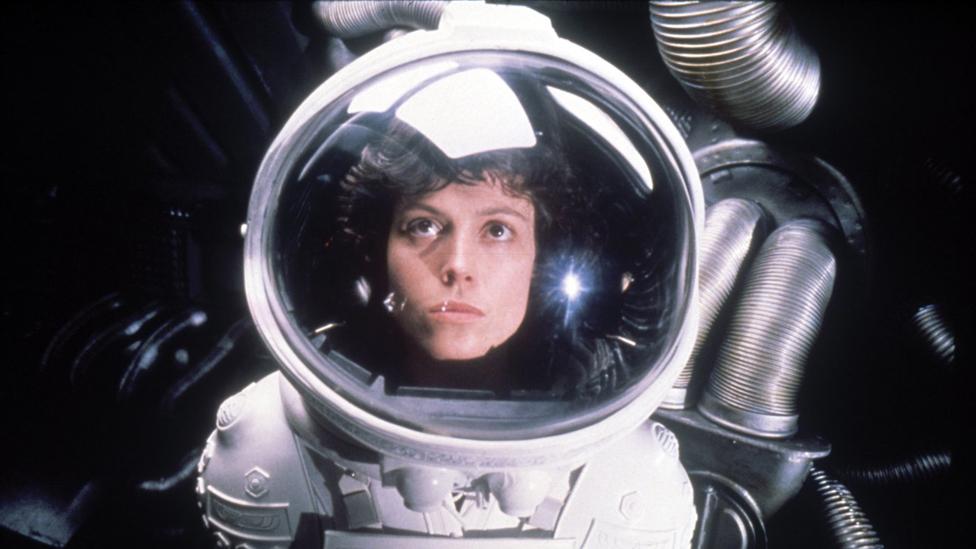 Nasa has taken the threat of deadly extraterrestrial pathogens sufficiently seriously that the Apollo astronauts were quarantined on their return from the Moon. Any Mars mission returning to Earth will have similar procedures in place.

The Earth is in peril from a giant asteroid and only Bruce Willis’ gang of unlikely misfits can save us. Armageddon may get its science wrong on so many levels but it does provide insight into what happens when you stick a bunch of people in a tin can and send them on a perilous space mission.

We may never know for sure but probably the most dysfunctional real crews were found during the Shuttle-Mir missions of the 1990s. The Americans on board the space station struggled with poor Russian; the Russians struggled to trust the Americans and the spacecraft deteriorated around them.

The crew of the simulated mission to Mars, Mars 500, experienced similar difficulties on their way back from the (virtual) red planet. Rather than peril, it was tedium and homesickness that got them down. 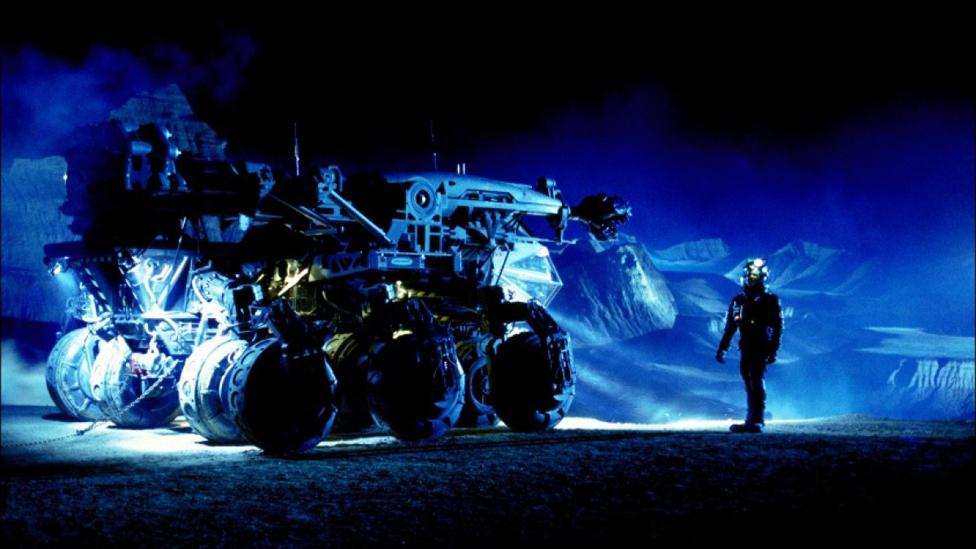 Armageddon; getting science wrong on so many levels (Buena Vista International)

Whenever humans get together in confined spaces, tensions are bound to emerge and space agencies go to great lengths to ensure that astronauts are selected for their stable personalities and abilities to work as a team.

Nevertheless, with proposals to send humans on long-duration missions to the hostile environment of Mars, we could learn a lot from science fiction about the dangers of angry arguments in space. Stepping outside is rarely a good idea.

Of course you could put your trust in computers rather than your fellow humans, but if space science fiction has taught us anything this is a very bad idea. In the worst instances, such as in the Terminator franchise or Battlestar Galactica TV series, robots try to wipe out humanity altogether. 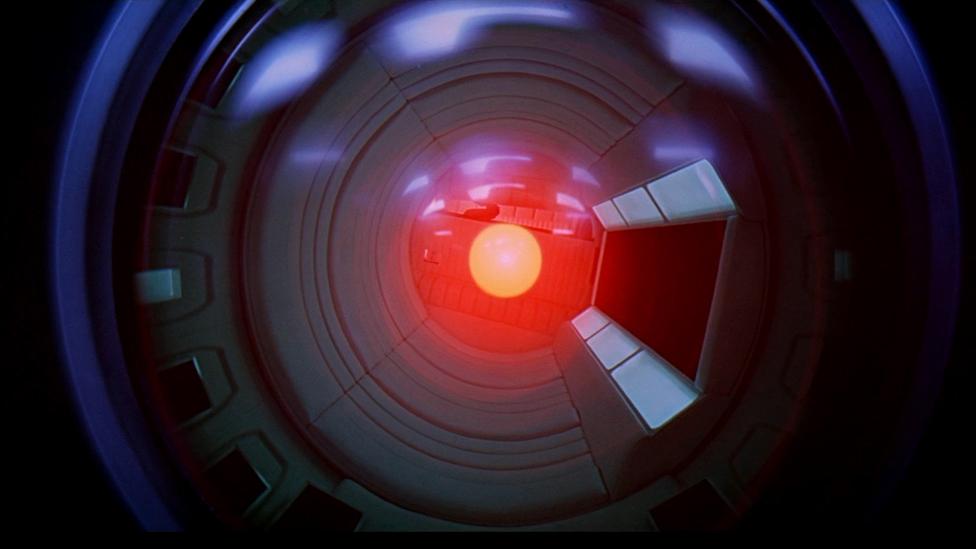 2001: A Space Odyssey showed the risks in placing too much trust in computers like HAL (MGM)

The most chilling scene in the 1968 epic, 2001: A Space Odyssey is when the computer, HAL 9000, is asked to open the spacecraft doors for the returning astronaut. “I’m sorry Dave, I can’t do that,” replies the computer in a calm silky voice. It’s a phrase I am reminded of whenever Apple releases an upgrade

The truth is most of us are already slaves to our computers, tablets and smartphones. Although artificial intelligence has, so far, failed to produce anything close to an intelligent robot, there is no reason to think it cannot. The robot marines featured in Interstellar are a fascinating example of how they might look.

Time travel (Doctor Who), teleportation (Star Trek) and wormholes through space (Contact, Interstellar) are all convenient writing devices to allow space travellers to flip between planets. 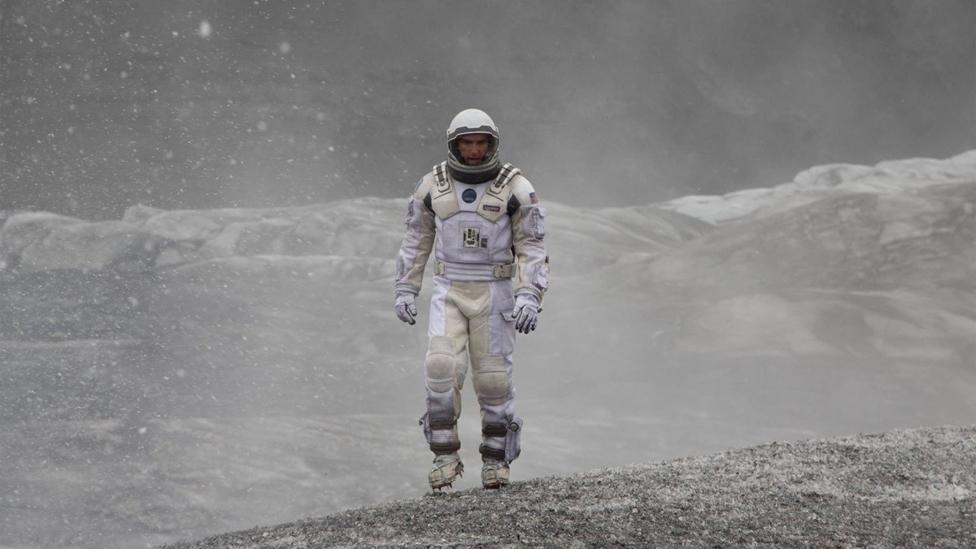 However, even some of the most apparently outlandish ideas, such as multiple universes or pan-dimensional beings (Hitchhiker’s Guide to the Galaxy) seem perfectly possible within the known laws of physics.

As several recent movies have suggested, one of the most interesting forces is gravity. Capable of distorting time, it is described by physicist Harry Ward from the University of Glasgow as “the master of the Universe”.

“It’s what controls the Universe on the grandest scales,” Ward told me when I spoke to him about a European space mission, Lisa, he is working on to investigate gravitational waves. These ripples in space-time were predicted by Einstein and, if found, would offer a whole new window on the cosmos.

Understanding the full nature of space and time may one day enable us to jump between dimensions, flip through wormholes and communicate across time and space. Almost anything is possible.

Moon suggests that working as a lunar mining engineer would be a lonely, and perilous, existence and the distant worlds we glimpse in Interstellar seem far from inviting. Even the forests of Mongo (Flash Gordon) leave a lot to be desired. 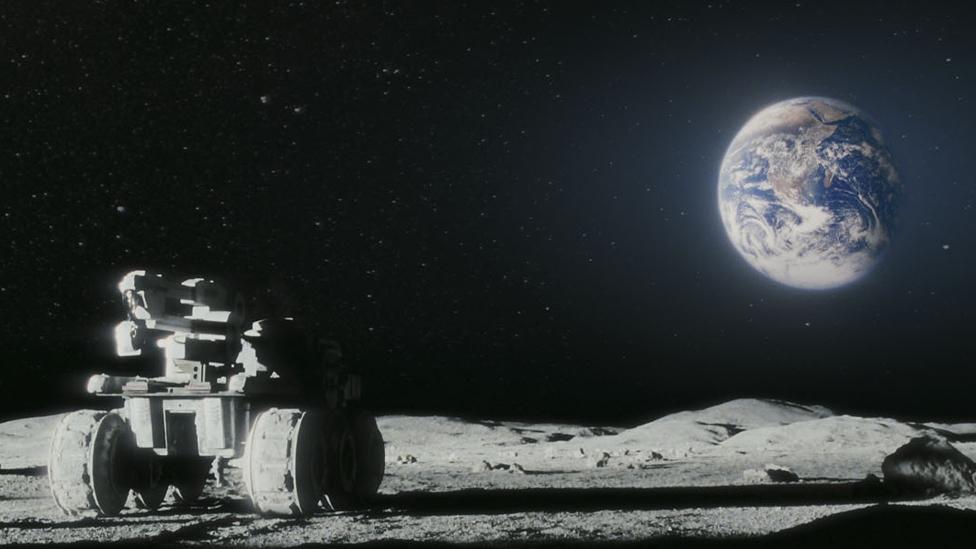 Moon - a good place to go stir crazy left on your own? (Sony Pictures Classic)

The bottom line is you would have to go a long way to find a planet as nice as Earth with its bountiful water, breathable atmosphere, stable climate and predictable seasons.

The only place that comes close is Planet of the Apes. Oh… hang on…