Loading
In Depth | Brain
Do dreams occur in slow motion?
Share using EmailShare on TwitterShare on FacebookShare on Linkedin 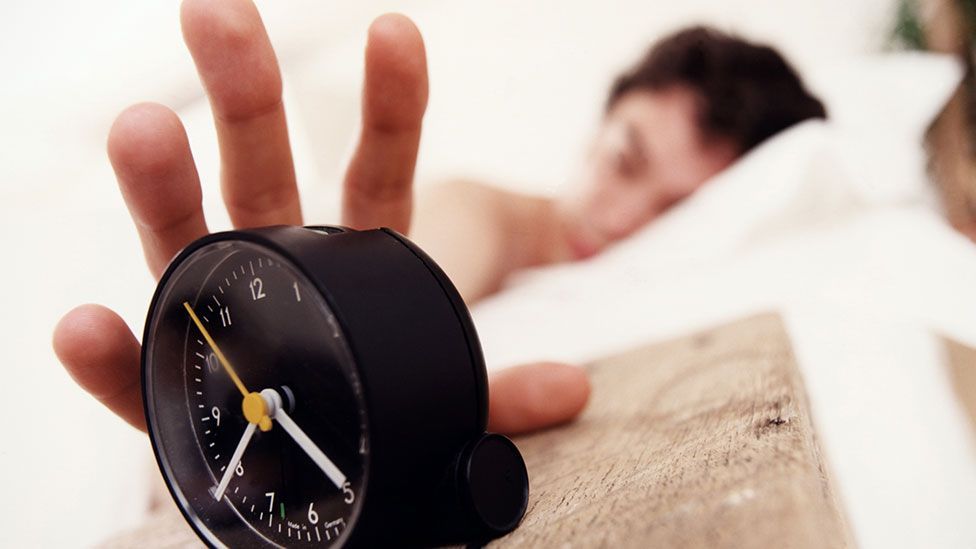 By David Robson 25th November 2014
When we dream, does time pass at a different pace? David Robson investigates.
W

When my alarm wakes me up, I’ll often hit the snooze button before returning to the warmth and safety of my duvet for another quick doze. But although what follows can seem like a short dream – perhaps a single conversation or a short walk – I’ll sometimes awake to find that a whole hour has passed. And I’m left puzzling: how could such few events have taken so long to play out in my head? Is this a common effect?

Now researchers may have hit upon a way to answer this question, by studying those who can take control of their sleeping brains – so called “lucid dreamers”. Probing the experience of these people is also revealing other bizarre effects, too, such as whether it’s possible to tickle yourself in your sleep.

Lucid dreaming has offered insights into the sleeping mind for more than 100 years. One of the earliest dream researchers was a 19th Century French aristocrat, the Marquis d’Hervey de Saint-Denys, who found he could direct the path of his dreams at the age of 13 and spent the next few decades using his lucid dreams to test the limits of his sleeping mind.

His escapades involved, among other things, throwing his dream-self from the tops of tall buildings to see whether he could dream his own death. Invariably, he couldn’t and the dream changed scene, avoiding a grisly end.  And by noticing the way that places and people from his travels often populated his visions, he concluded that dreams are formed from a patchwork of our memories, offering a more rational explanation than the prevailing spiritualist theories of the time. Another pioneer was the author EM Forster’s niece, Mary Arnold-Forster, who wrote a guidebook to lucid dreaming in the 1920s; she used her dream awareness to avoid frightening nightmares about World War I. 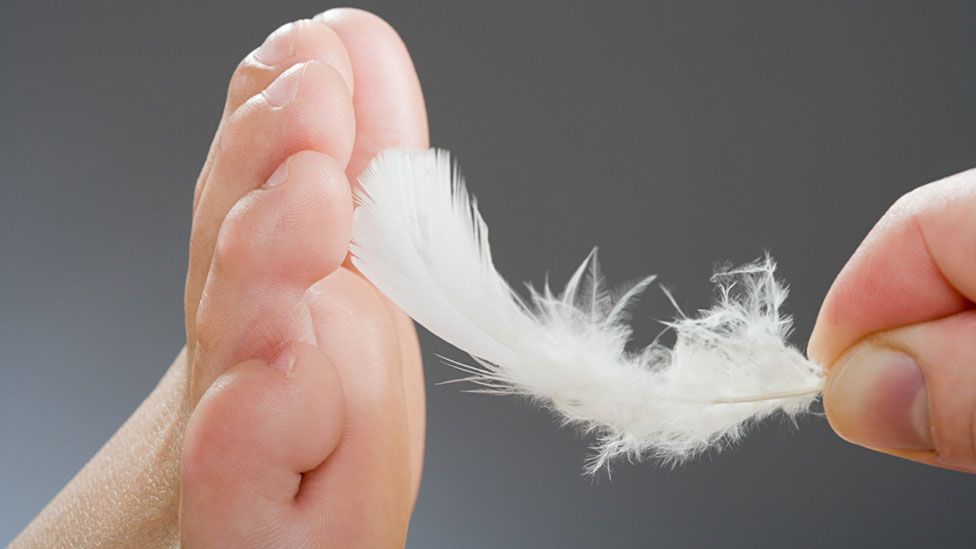 Can you tickle yourself in your sleep? (Getty Images)

Arnold-Forster and Saint-Denys’s work was mostly ignored, however, and during the following decades lucid dreams were over-looked for more “serious” lines of enquiry. But in recent years neuroscientists have recently started embarking on some equally eccentric experiments. Earlier this year, for instance, Jennifer Windt at the Johannes Gutenberg-University of Mainz in Germany decided to find out if lucid dreamers could tickle themselves in a dream. That might sound whimsical, but it helps to test the level of self-awareness in dreams. In real life, we can’t tickle ourselves because we know that what we’re doing, meaning that the brain damps down the sensations that would normally cause us to break down in giggles. Importantly, the same was true in lucid dreams; the subjects found it difficult to make themselves laugh, which suggests their dream self has a high degree of awareness of their bodily actions and sensations, and minimises the response.

Interestingly, Windt also asked the subjects to ask other characters in the dream to tickle them. “Several times, dream characters just refused,” says Windt. “They behaved as if they had a mind and intentions of their own.” When the other being did tickle the dreamer, however, the effect was often underwhelming – which suggests the brain still recognised its control over those other dream characters.

Studying the passage of time in dreams had proven trickier to study, however, until Daniel Erlacher at the University of Bern in Switzerland set up an ingenious experiment.

It began when he was investigating the way the brain imagines different actions; when we dream of running, do we activate the same regions that are busy during a race, for instance? His early experiments suggested yes, but somehow they seemed to be strangely drawn out.

So, inviting some skilled lucid dreamers to his specially equipped sleep lab, he asked his subjects to perform various kinds of tasks during their dreams: once they had gained lucidity, they had to walk 10 paces, count to 30 or perform an elaborate gymnastics routine, for instance. To time the duration of their actions, he used a peculiar aspect of the dreaming mind: although the body is paralysed, eye movements tend to be translated to the body. In this way, the subjects could signal the start and end of the actions by rolling their eyes left and right a couple of times. Along the way, Erlacher measured their brain activity and muscle movements, to be sure they weren’t just pretending to be asleep.

As he expected, the dreamers sometimes took up to 50% longer to complete the routines than you would in real life, suggesting that they were somehow playing out their tasks in slow motion, even though they didn’t realise it at the time. “They reported that it felt exactly the same as in wakefulness,” says Erlacher. 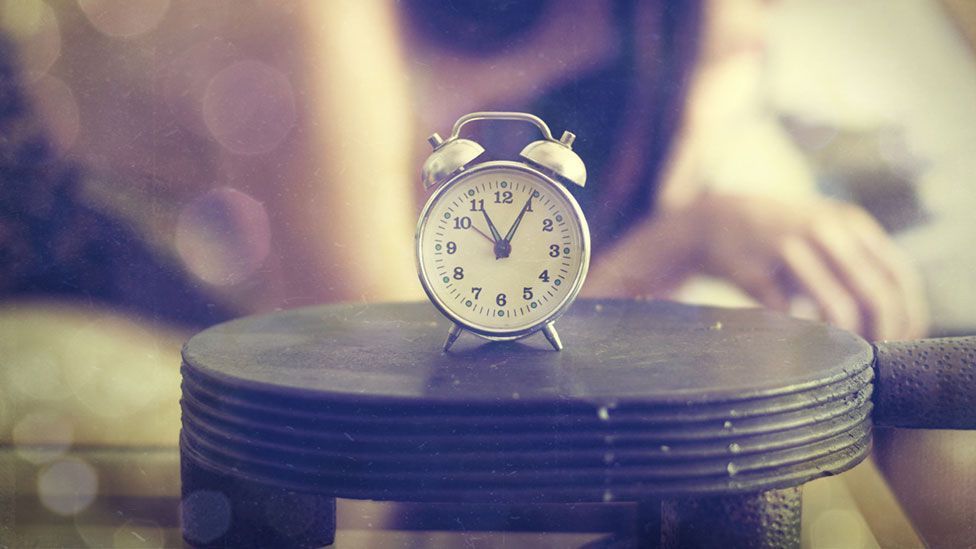 Perhaps that can explain why a short dream can seem to fill the whole hour. Even so, Erlacher is currently at a loss to explain the phenomenon; brain activity during sleep may just take longer to process information, he suggests.

There is, however, a practical (if somewhat fantastical) side to Erlacher’s work; he hopes that athletes could use lucid dreaming to cram in a bit of extra practice. Sleep is, after all, crucial for memory consolidation – so it’s feasible that dream practice could cement new skills. That could be useful to allow an athlete to sharpen their skills when they can’t otherwise train – after an injury, for example. “Of course, there are limits – you can’t improve endurance, but if you have good simulator in brain already, can use it to enhance and stabilise the techniques. I see it as a lot of potential for disciplines with a high technical level.” His interviews with top athletes suggest that many are already using the technique, he says, and he is currently investigating the benefits.

His team’s experiments have included standard laboratory learning tasks – like mastering sequences of finger movements – alongside more conventional sports, like darts. “It seems to be very effective – it’s a bit worse than real practice but better than [conscious] mental rehearsal,” he says of his results so far. The time distortion during dreams shouldn’t be a problem, he thinks, since overall the sequences of events seems to be preserved, even if they do take longer to perform.

Admittedly, using our sleep for self-improvement may only appeal to the more puritanical or ambitious among us. But at the very least, learning to master lucid dreams could offer me a new excuse to avoid the plunge out of bed in the morning.

The Genius Behind
1Amazing implants for the brain
Medical Myths
2The ‘pink vs blue’ gender myth
In Depth
3Do humans have secret senses?
In Depth
4Concentrate! How to focus better
Around the BBC