Loading
Science/Fiction
Science fiction: How not to build a future society
Share using EmailShare on TwitterShare on FacebookShare on Linkedin 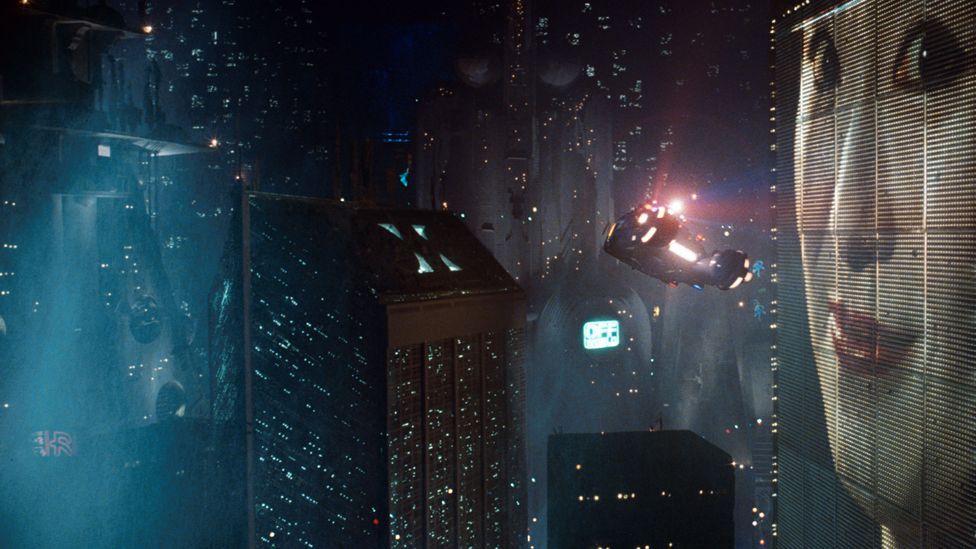 By Quentin Cooper 27th November 2014
Science fiction films have many warnings for us – not least, how the road to a perfect future society is fraught with peril. Quentin Cooper loads up the DVD player to see what lessons we can learn.
S

Science-fiction films sometimes offer us a future so bright we’ve got to wear shades. But mostly we’re deluged with visions of tomorrows far bleaker than today, from wildly unlikely “what if?” disaster scenarios through to entirely plausible but still scary extrapolations of the present.

Doris Day may be right when she sings in Que Sera, Sera that “the future’s not ours to see” – for instance, I’m betting no-one saw that Doris Day namecheck coming until I made it – but at least these movies can flag up general directions we might be best steering clear of.

So what can we learn for society and our species to survive? Here is my spoiler-heavy list of the top nine things science-fiction films claim to teach us.

Artificial creatures that look and behave a lot like us also look a lot like a heap of trouble. Some androids are made bad, such as the original Terminator relentlessly coming after us, or Ash in Alien, betraying everyone through its lack of humanity. Others soon get that way through malfunction or rebellion, like the gunslinger in Westworld which starts shooting to kill, or the replicants in Bladerunner willing to take human lives to extend their own. 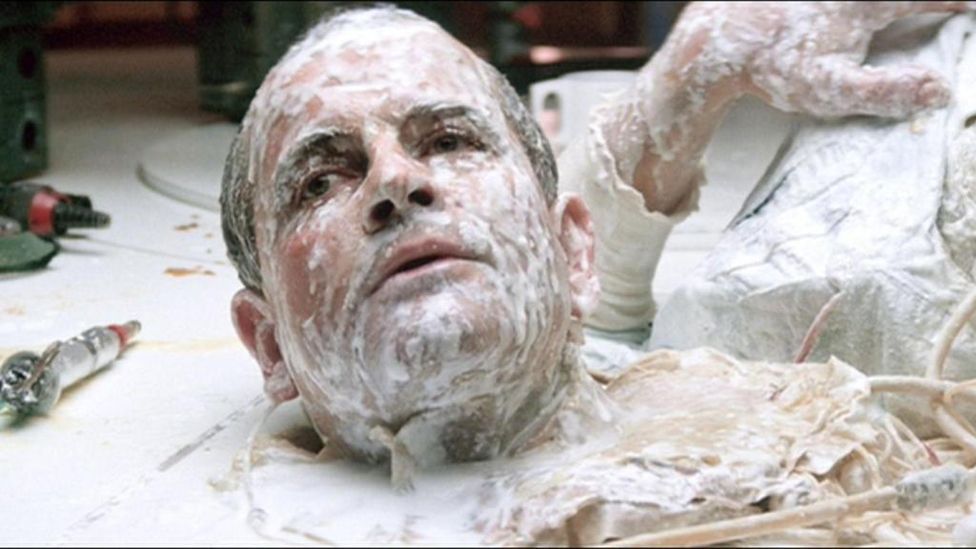 All this draws not only on anxieties about increasing dehumanisation and creating intelligences greater than our own, but also on older fears – as seen in films like Invasion of the Bodysnatchers (alien spores duplicate townsfolk and replace them) or Invaders from Mars (aliens implant mind control crystals to take over locals) – about the enemy within that appear the same as we are, but who deep down are dangerously different. 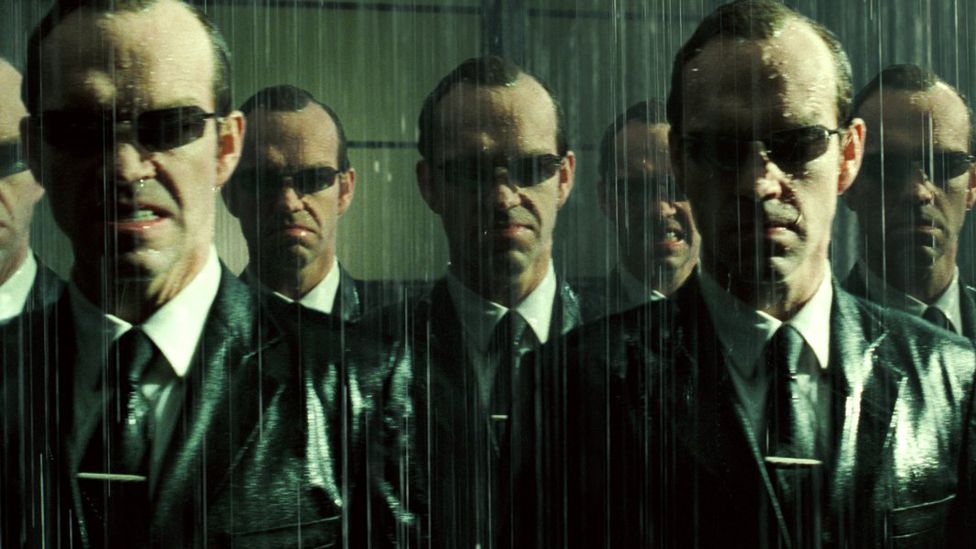 Even if you take away their body and ability to move, something sentient still poses a threat. First, computers can oppress entire societies (simulating reality in The Matrix trilogy to keep the entire population subjugated, or outlawing art and emotion in Alphaville to control free thought); second, they can commit mass-murder (the supposedly humanity-protecting Red Queen in the Resident Evil films), or third, just leave you an emotional mess (the seductive sentient operating system in Her). Given enough time, machines may figure out how to pass themselves off as people (the “type 3” androids in Screamers), allowing them to do most of the above.

It’s a common theme that systems designed to protect us end up reaching the not entirely illogical conclusion that the greatest threat comes from people (in Colossus: The Forbin Project the US and Russian defence supercomputers join forces to take over the world.)

Again, we’re in the technophobic territory of being scared our creations will turn against us, part of that wider mistrust of science and scientists that goes back to Mary Shelley’s Frankenstein and beyond.

See also: Robo-Maria in Metropolis, robot Bill and Ted in their Bogus Journey, David in Prometheus, all The Stepford Wives, Tron, I, Robot, Demon Seed.

Whatever they look like, it’s a general rule that anything artificially intelligent is really inconvenient, if it is armed it’s probably disastrous, and if it’s in charge of nukes then it may well be apocalyptic. 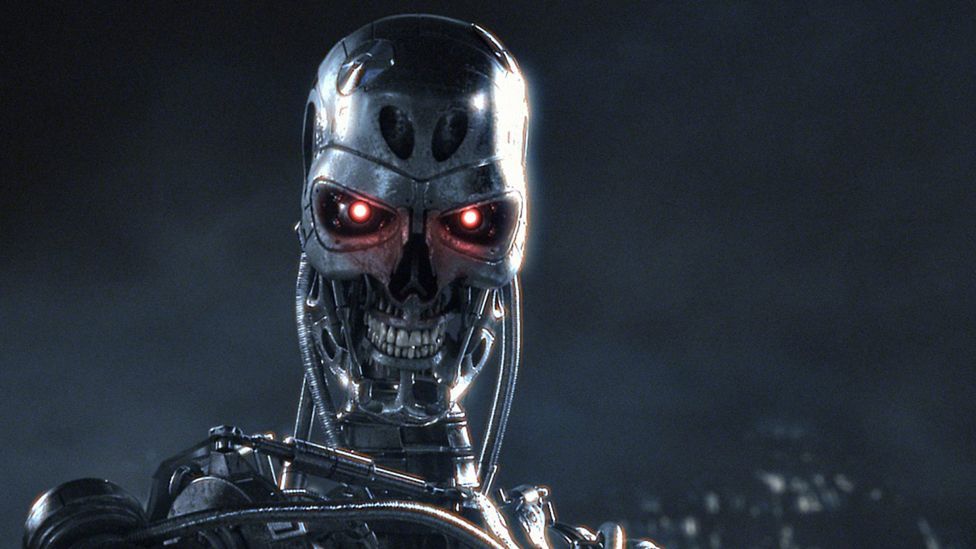 From the Cold War onwards, cinema has often shown us the hazards of all-out atomic warfare (most famously the “reveal” at the end of the original Planet of the Apes) and atomic testing (the irradiated giant ants in Them!, or the sleeping monsters awoken in the original Godzilla). And according to many stories, we will face particular risks if nuclear weapons are governed by machines – whether it’s the supercomputer Joshua nearly launching global conflict in Wargames or Skynet going one better in the Terminator films and almost wiping out humanity.

The take-home message is that no nukes is good news, and no weapons in the hands of anything artificially intelligent is even better. (Discounting the fact that these malign machines rarely have actual hands.)

See also: On The Beach, The Day The Earth Caught Fire, Robocop, The Iron Giant.

At best you have to wade through the ethical quagmire of individuals raised only to be organ donors or cheap labour (Never Let Me Go, The Island, Moon); at worst you create a vast army and start a pan-galactic conflict (Star Wars Episode II: Attack of the Clones). In between this comes your genes sealing your fate (Gattaca’s genetically determined class system), manipulating DNA to create superhumans who then turn against us (Star Trek II: Wrath of Khan and  Into Darkness), and frightening fusions of humans and other creatures (Alien: Resurrection, The Fly).  And that still leaves genetically modified viruses, plants and animals.

We’ve only relatively recently become concerned about this kind of genetic tinkering simply because we have only recently become able to do it. Science is always advancing into the unknown, and the unknown can always be made scary. Given the resistance to work on crops – especially since the term “Frankenstein foods” was coined 25 years ago – it’s only to be expected that resistance to, and fear of, cloned people is far greater.

See also: The 6th Day, The Boys from Brazil, Rise of the Planet of the Apes remakes; Jurassic Park.

4. Control the state or it will control you

Science fiction’s predictive properties are highly debatable, but what it is good at is exploring present-day situations in a stripped-down way. So whenever future societies are seen on screen – whether the film is set just a few years from now or millennia, on Earth or among alien races on distant planets – they almost invariably echo or extrapolate what’s happening in the here and now. And although the politics vary, what’s consistent are the warnings about leaders and administrations becoming too powerful, bureaucratic and interfering. 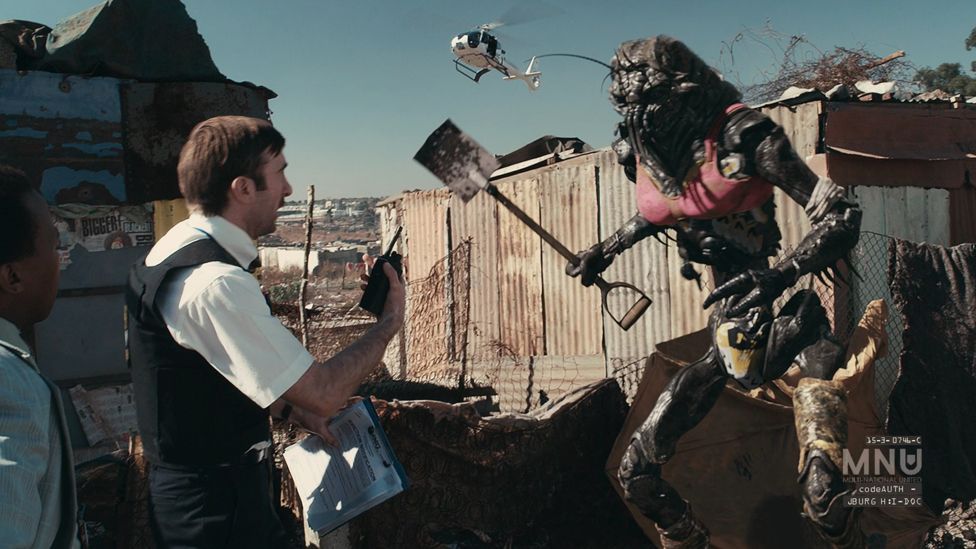 This year’s Captain America: The Winter Soldier deals with the theme of government agencies reacting to terror threats with increasing surveillance and an ever-greater armed presence. As a line in the film spells out, this approach risks “holding a gun at everyone on Earth and calling it protection”. It’s a nice point about losing freedoms in the name of preserving freedom.

Many films – such as Brazil or Fahrenheit 451 – are set within oppressive regimes. Some are even more totalitarian, keeping the population under control by dividing them (the alien ghetto in District 9, the slums for the masses on Earth and space station for the elite in Elysium), drugging them (THX 1138), distracting them (the titular mass entertainment of Death Race 2000 and The Hunger Games), or doing them in (in Logan’s Run everyone lives in a computer-controlled utopia, but life ends at 30).

With the honourable exceptions of Wayne Enterprises in Batman and Stark Enterprises in Iron Man, any big company in sci-fi is usually a bad one. And the bigger they are, the shadier they get. Particularly ruthless are Omni Consumer Products in Robocop controlling every aspect of life from basic goods to government, and the Soylent Corporation in Soylent Green who quietly decide to overcome food shortages by feeding the masses to themselves. But perhaps the ultimate in conglomerated evil is Weyland-Yutani in the Alien franchise: always willing to make sacrifices – “crew expendable” is the directive they send in the first film – to further its own ends.

All these blockbusters are of course made by big studios owned by multi-national corporations… so what, maybe, are they trying to tell us about the nature of big companies?

Science fiction often depicts humanity as having spread out across the Universe. That may eventually be how our species can survive, plundering other worlds for resources like in Outland (mining titanium on Jupiter’s moon Io) and Avatar (picking a fight with peaceful blue aliens because they’re sitting on reserves of amusingly named mineral unobtanium). 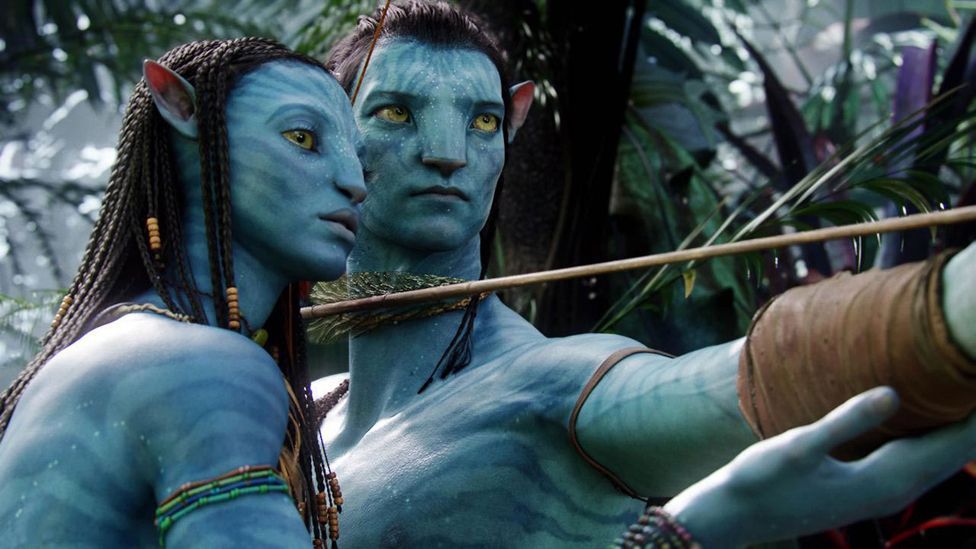 But until that’s possible we need to stop making a pig’s ear of planet Earth or just look where we’ll end up. The driver may be the various nuclear apocalypses already mentioned, runaway climate change (The Day After Tomorrow, Waterworld), excessive pollution (WALL-E) or running out of natural resources (it’s oil shortages that send everyone crazy in Mad Max). But the lesson is always the same: mend our ways before we end our days.

Through no fault of our own, cosmic trouble can come looking for us. So if we keep on the lookout we might at least be marginally better prepared. It could be a full scale invasion from aliens that for no given reason have singled out Earth as ripe for conquest (Independence Day, Mars Attacks! to name but two), a rogue extra-terrestrial causing trouble (The Thing, Cloverfield, Super 8), our planet happening to be where aliens get into a scrap (Transformers, Alien vs. Predator) or just a raid on our planet for resources (in Cowboys vs Aliens they’re after gold, in  This Island Earth it’s uranium and scientists). 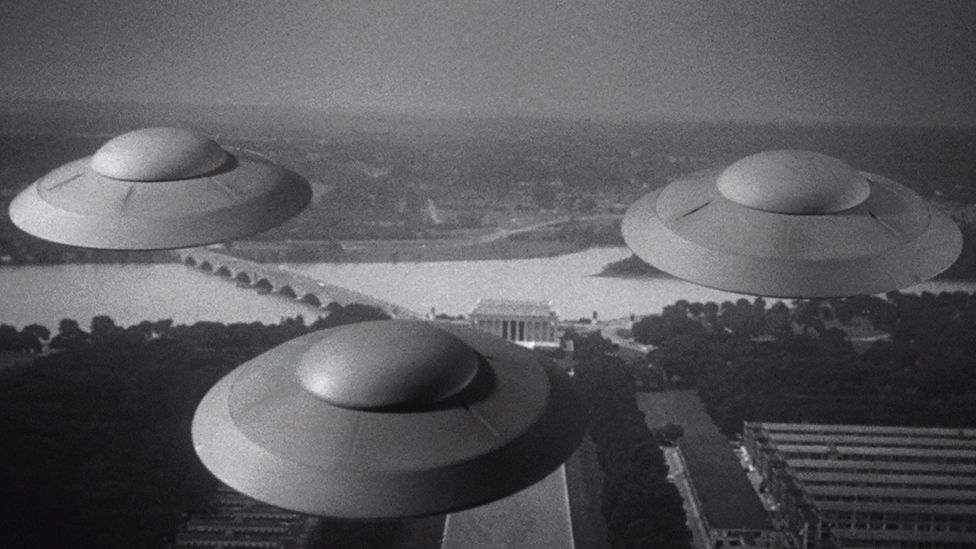 Earth vs the Flying Saucers (Columbia)

While there is no pressing reason to worry about extra-terrestrials muscling in on us, the odds are slightly less astronomical that we could collide with something from space. It could be an asteroid (Armageddon), comet (Deep Impact), meteor (err, Meteor) or rogue planet (When Worlds Collide). As they say in The Thing from Another World – watch the skies, keep watching the skies.

See also: Earth vs The Flying Saucers, Battlefield Earth, Village of the Damned, The Faculty.

8. Say no to superheroes 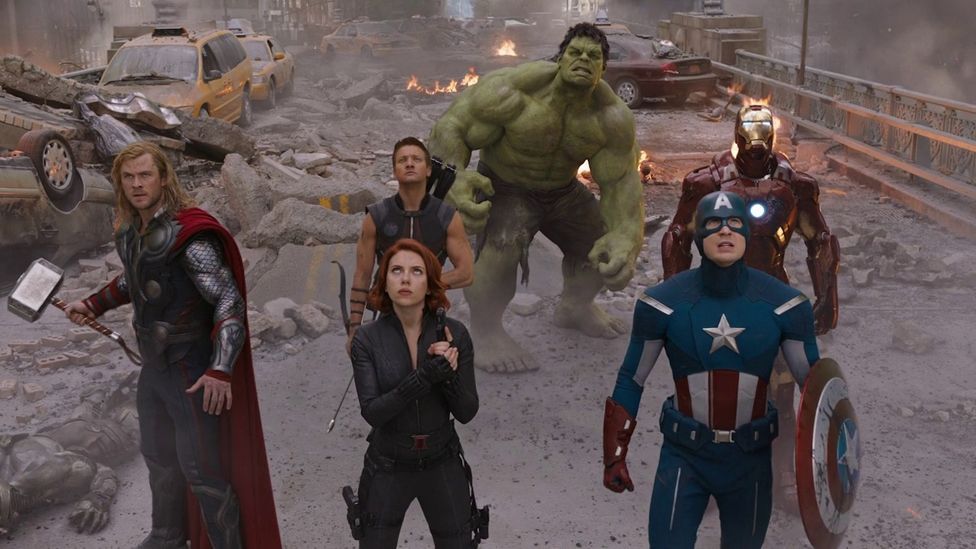 It’s admittedly unlikely, but if oddly garbed individuals with amazing powers and/or superior technology offer to help humankind in the future, it might seem to be a good thing. It isn’t. They mean well, but as Newton’s third law of motion pictures says, to every action hero there is an equal and opposite anti-hero. Before you know it the skies are spangled with even stranger looking villains, aliens and/or alien villains, and easily recognised landmarks are getting trashed (the Golden Gate bridge is a particular favourite). Disaster experts have calculated the damage to Manhattan in The Avengers would have cost $160bn to repair. So thanks Superman, Thor, X-Men, Fantastic Four, et al, but no thanks.

Maybe all this space exploration is just plain bad for us. Not sending humans to the stars would mean no risk of anyone being terrified away from terra firma (Alien, Event Horizon), or bringing back nasty creatures (Alien: Resurrection, Lifeforce), or drawing attention to Earth so aliens attack it (Starship Troopers, assorted Star Treks, Apollo 18).

Unmanned missions can be just as imperilling, getting contaminated with extra-terrestrial microorganisms (causing deadly illness in The Andromeda Strain, or growing into weird creatures in Monsters) or being transformed by aliens so it threatens to wipe out Earth (the Voyager probe that becomes a sentient energy cloud in Star Trek: The Motion Picture). Even transmissions beamed out to make contact with friendly extra-terrestrials can attract the wrong responses (like the alien seductress keen to spawn in Species or the hostile alien fleet in Battleship).

Given all of the above, the take home message is that while the Universe may be teeming with larger than life life-forms, we should stay home and keep ourselves to ourselves.  All that space exploration, the movies seem to be telling us, might not be very good for our health.