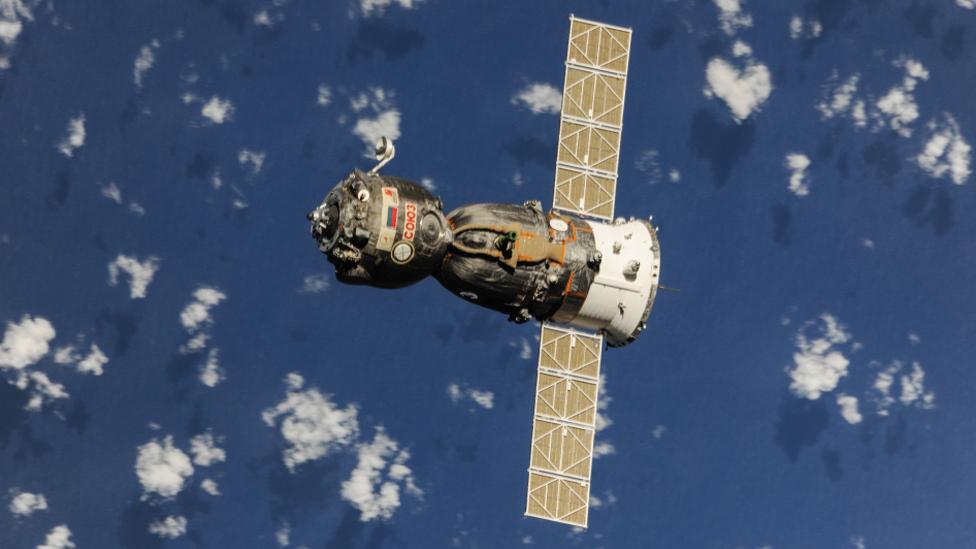 By Richard Hollingham 2nd December 2014
As Nasa’s Orion capsule prepares for its maiden flight, our space columnist pays tribute to its Russian rival, which has run like clockwork for nearly 50 years.

"It’s much too small and tight,” complains Dutch European Space Agency (ESA) astronaut Andre Kuipers of the Russian Soyuz spacecraft. “Especially the left and right seats where the tall Europeans and Americans sit.”

First launched in 1967, the cramped Soyuz capsule is still used to carry trios of astronauts to the International Space Station (ISS). In fact, since Nasa retired the space shuttle in 2011, flying in a Russian Soyuz is the only way for astronauts to reach the ISS.

“The very first time I went into the Soyuz training capsule, I saw my American colleague taking painkillers,” says Kuipers. “I asked him why he did that, and he said ‘you’ll find out!’ and indeed I had a lot of problems with my knees – it’s very uncomfortable.” 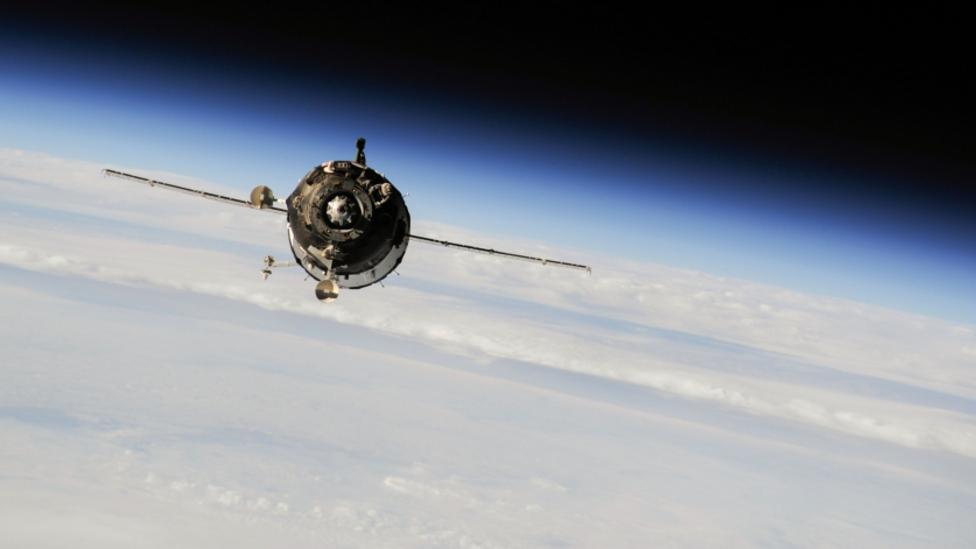 But if launching in a Soyuz is unpleasant then landing is even worse. “It’s a huge car crash at best, very violent,” says Italian Esa astronautPaolo Nespoli. “You look at some of the hardware in the capsule and think, ‘Wow, we’re back in the ‘50s!’”

Customer feedback might therefore suggest that this relic of the space race is dated, dangerous and due for retirement. But that is not the case at all; even tall Europeans are big fans of this Soviet-era space capsule.

“The vehicle works, it’s effective, does exactly what it’s supposed to do,” says Nespoli.

“When my wife heard that I might have to fly in the Space Shuttle she said she’d prefer if I fly in the Soyuz because it has a better reputation,” adds Kuipers. “It’s very uncomfortable but it’s very safe. It’s a great spacecraft.”

So what is it about this 1960s design that is so enduring? And can today’s spacecraft designers learn lessons from the Soviet-era rocket scientists who created it?

Certainly anyone witnessing Soyuz’s first flight, in April 1967, cannot have imagined the capsule would still be in regular use today ‒ or that it would be described as safe. When Vladimir Komarov blasted into the sky over Kazakhstan in the hastily prepared Soyuz 1, almost nothing went to plan.

Once in orbit, one of the solar array ‘wings’ failed to deploy, communications were erratic and Komarov struggled to orientate the spacecraft. With systems powered down to conserve electricity, after an uncomfortable day in space, the skilled pilot was eventually able to align the spacecraft to re-enter the atmosphere. 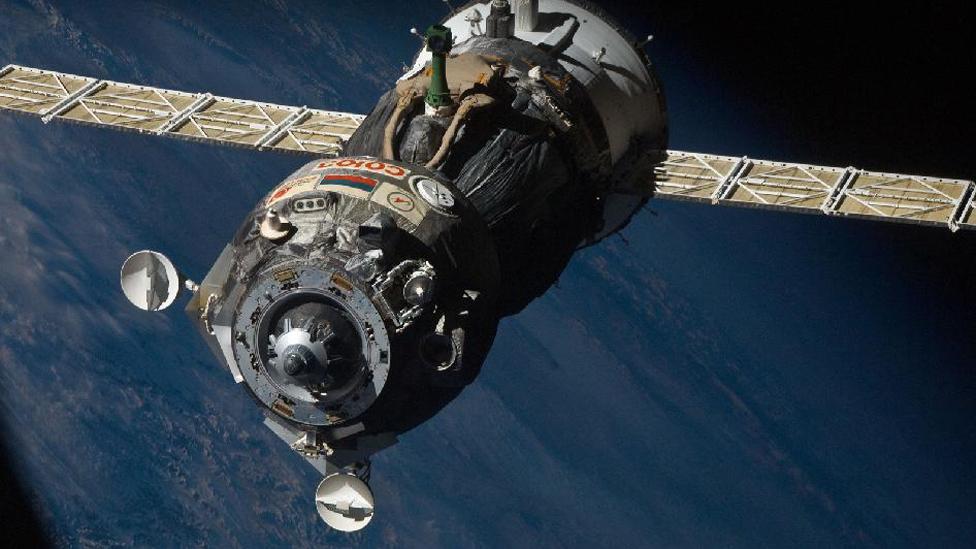 However, as it plummeted towards Earth, the main parachute became tangled. The backup parachute also jammed and the Soyuz 1 capsule hit the ground at 90mph (144km/h) killing Komarov.

The first successful flight of Soyuz was not until October 1968, but by that time the US was well on the way to the Moon with its Apollo programme. The variation on the Soyuz spacecraft that would have landed a Soviet cosmonaut on the lunar surface was beset with technical problems, delays and was eventually cancelled.

Instead, in the early 1970s, the Soviet Union took a new direction in space exploration: developing orbiting space stations. And Soyuz turned out to be the perfect ferry to get people there.

“It is essentially doing in the 21st Century what it was designed to achieve when it was built,” explains ex-Nasa engineer and author of the Haynes Manual on Soyuz, David Baker.

From its spherical shape to its layout and instruments, the Soyuz spacecraft is almost completely different to the cone-like Apollo. At the heart of the Apollo spacecraft, for instance, was an advanced MIT-designed guidance computer – a truly pioneering microelectronic device to enable the astronauts to accurately position themselves in space.

The Soviet solution to the same navigation problem was an elaborate electro-mechanical box of rods, wheels and cogs surrounding a miniature painted globe of the Earth. Rather than electronic view screens, Soyuz employed dials and a periscope that cosmonauts looked through for docking. 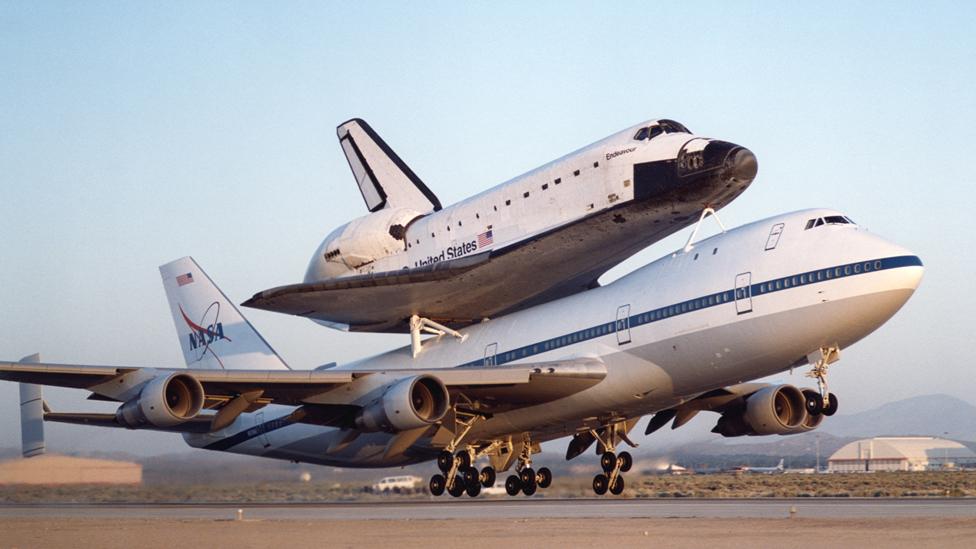 Since the Space Shuttle was retired in 2011, Soyuz has been Nasa's only way to send astronauts to the ISS (Nasa)

The mechanical navigation system was phased out in the 1990s but the periscope remains today. When I visited the Soyuz simulators in the cosmonaut training centre at Star City a few years ago, I asked about this. Our guide pointed out that when you are approaching a space station at seven kilometres per second, a tube and a couple of mirrors are much more reliable than an electronic display.

This simple and rugged reliability is reflected in all the systems on board.

“The overall approach to the layout of the vehicle, it’s component parts and even many of the systems inside have a very strong connection to what was developed in the 1960s before the flowering of the space age,” says Baker.

Even the control room in Moscow – tacked onto the side of the impressive ISS control room – looks more like a call centre than a hi-tech space hub. Soyuz is the space equivalent of a white van or pick-up truck. It’s built to do a job.

There are parallels to Soyuz in aviation, with iconic aircraft of the Cold War including the B52 bomber, U2 spy plane and the Soviet-era MiG-21 fighter still flying, not to mention the 1960s-designed Boeing 747.

“The emphasis in Soyuz has been that if it ain’t broke, don’t fix it,” says Baker. “There’s a criticism that many [US] spacecraft have been over-engineered for the job they have to do.”

This is a charge that has been levelled at the Space Shuttle – a space programme that has come and gone during the Soyuz era.

“We could learn a lot from the Russians that sometimes when you do less, less is better,” says astronaut Nespoli, who has also flown in the Shuttle. “The Shuttle is super complicated, and then things start breaking, they don’t work, complexity costs.”

Indeed, the Russians estimate that for the cost of one Shuttle launch, they can launch 20 Soyuz.

This month (on 4 December) Nasa will launch – unmanned – the first of its new Orion space capsules. Combined with a European service module, this state-of-the-art spacecraft promises to take humans to asteroids and onto Mars. None of those programmes are fully funded, it should be said, but at the very least, Orion will restore America’s ability to launch its own astronauts to the ISS.

The new American spacecraft is larger, more comfortable and much more sophisticated than Soyuz. At a cost of anything between $4bn and $15bn ‒ it is difficult to find an accurate figure ‒ Orion is considerably more expensive than Soyuz and we will have to wait more than 40 years to discover whether it is as reliable.

Meanwhile, the Chinese have adapted Soyuz as their spacecraft of choice and the Russians continue to upgrade the original Soyuz design. In fact Baker would not be surprised if Soyuz was still flying in 20 years time.

“Soyuz has a long future ahead of it,” he predicts. “The Russians will continue to put people into aged vehicles to achieve remarkable things.”