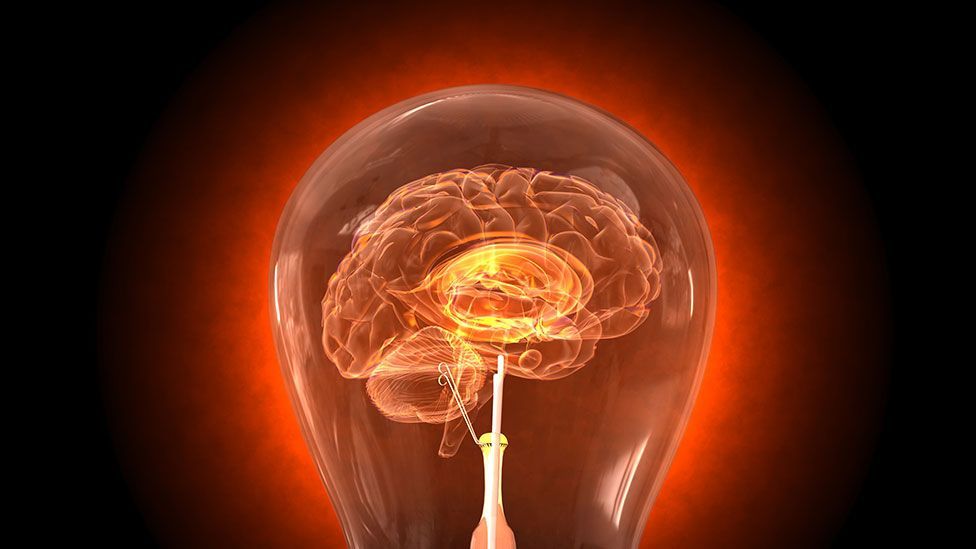 Whether it’s designing a supersonic vehicle, helping the blind to see or creating space history, what can we learn from the great minds behind these feats?
O

Our series The Genius Behind has taken you inside the minds of people who are making the impossible possible. Whether it is designing the fastest ever land vehicle, helping the blind to see or creating space history, success relies on raising levels of knowledge to new heights. What can we learn about genius from these minds? Based on the people and the projects outlined in the series, we’ve come up with six lessons.

Lesson one: New challenges require new ways of thinking
Part car, part jet fighter, part spaceship, Bloodhound SSC aims to be the first land vehicle to break the 1,000mph barrier. One of the key challenges has been to design the wheels. How do you create the fastest wheels in history, make them stable and reliable at supersonic speeds, and with limited resources?

After much deliberation, and devising ideas that pushed the boundaries of material technology, Mark Chapman, chief engineer of the Bloodhound project said the team decided to take a step back and change the way they were trying to solve problems. “There’s very little we’ve actually developed that’s new,” he says, “what’s unique is how we apply technologies.”

They adopted an approach called the design of experiments – a mathematical technique of problem solving through doing lots of little experiments and then looking at the statistics all glued together. “All of a sudden, where we’d been knocking our head against the wall for maybe two, three, four months, we came up with a wheel design that would hold together and was strong enough,” he says.

Lesson two: Let evidence shape your opinion
Like his peers, geophysicist Steven Jacobsen from Northwestern University believed that water on Earth originated from comets. But by studying rocks, which allow scientists to peer back in time, he discovered water hidden inside ringwoodite, which lies in the Earth’s mantle, and which suggests that the oceans gradually made its way out of the planet’s interior many centuries ago.

“I had a pretty hard time convincing others,” he admits. Yet two key pieces of evidence uncovered this year seem to support his point of view. Time will tell whether the new theories are true, and there may be further twists to the tale. “But thinking about the fact that you may be the first person to see something for the first time doesn’t happen very often,” he says. “When it does it’s thrilling.”

Lesson three: It really is 99% perspiration
Sheila Nirenberg at Cornell University is trying to develop a new prosthetic device for treating blindness. Key to this was cracking the code that transmits information from the eye to the brain. “Once I realised this, I couldn’t eat, I couldn’t sleep – all I wanted to do was work,” says Nirenberg.

“Sometimes I’m exhausted and I get burnt out,” she adds. “But then I get an email from somebody in crisis or somebody who’s getting macular degeneration, and they can’t see their own children’s faces, and it is like, ‘How can I possibly complain?’ It gives me the energy to just go back and keep doing it.”

Lesson four: The answer isn’t always what you expect
Sylvia Earle has spent decades trying to see the ocean with new eyes. Her “dream machine” is a submarine that could take scientists all the way to the bottom of the deepest ocean floor. What sort of material could best withstand the types of pressure you would encounter thousands of feet below the ocean surface? “It could be steel, it could be titanium, it could be some sort of ceramic, or some kind of aluminium system,” says Earle. “But glass is the ultimate material.” By her estimates, a glass sphere about four-to-six inches (10-15cm) thick should be able safely explore the ocean depths she dreams of exploring.

Glass is the oldest material known to man and one of the least understood, says Tony Lawson, Earle’s engineering director at Deep Ocean and Exploration Research Marine. “It has a higgledy-piggledy molecular structure a bit like a liquid, rather than the ordered lattices often found in other solids. As a result, when glass is evenly squeezed from all sides – as it would be under the ocean – the molecules cram closer together and form a tighter structure.

Lesson five: A little luck goes a long way
It was hailed as one of the biggest success stories in the history of space exploration – 20 years of planning ended earlier this year with the Philae lander rendezvousing with Comet 67P over 300 million miles (480 million kilometres) away from Earth.

They needed to create design parameters that could cope with an extremely wide range of possible comet structures – but banked on the comet being a relatively even potato shape with enough flat surfaces for the probe to land on. Even then, not everything went to plan, and two decades of meticulous planning could have failed within minutes at touchdown. Philae's anchoring harpoons didn't fire as planned, and it bounced off the comet before settling onto its icy surface and successfully beaming data back to its relieved creators.

Lesson six: Genius is indefinable
“It’s a funny word: the word ‘genius’,” says Nirenberg. “I just sort of ignore it and just go on with life. You just do what you do independent of whatever label’s attached to you. I don’t know really how else to explain it.”

See more from our series The Genius Behind: the most amazing technological and scientific breakthroughs of modern times, and the innovative minds behind them.