Loading
In Depth | Brain
Why can’t you tickle yourself?
Share using EmailShare on TwitterShare on FacebookShare on Linkedin 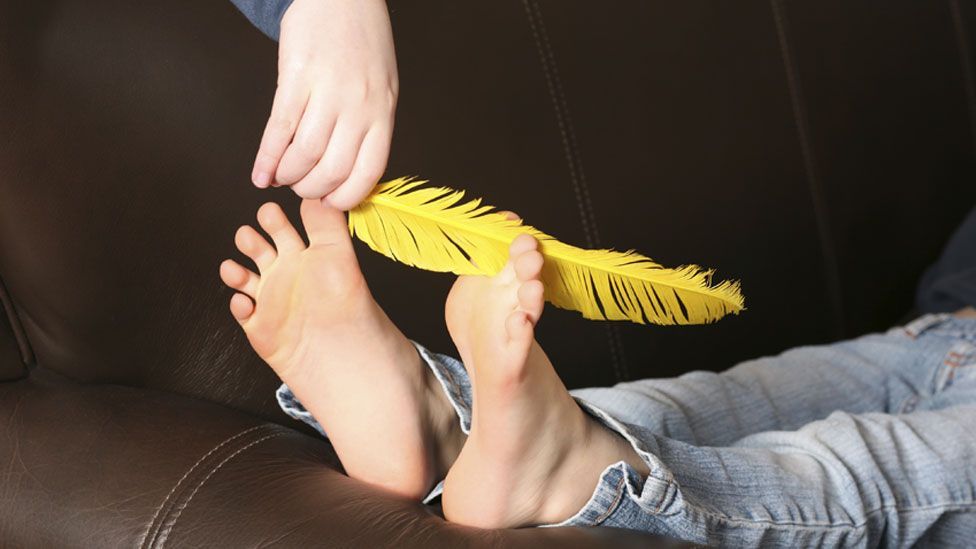 By David Robson 9th January 2015
It’s almost impossible to get a laugh by self-tickling, says David Robson, and the reason why tells us surprising things about the brain and consciousness.
I

If you want to probe some of the great mysteries of the human mind, all you need is a duster and your feet. Sit back, take your shoes and socks off, and gently stroke its feathers against your sole. Now ask a friend, parent or child to do the same for you. If you are like most people, you will be left stony-faced by one, but convulsed in a pleasurable agony by the other. How come?

While asleep, people tried to get dream characters to tickle them - that too failed

Once the domain of childhood curiosity, the question of why we can’t tickle ourselves is exciting neuroscientists. “It leads to these bigger questions of consciousness and self-awareness, who we are,” says George Van Doorn at Monash University in Australia. For this reason, they are now going to some – often extreme – lengths to overcome the brain’s barriers and to get people to tickle themselves in the lab.

To understand their interest, consider this: every time your body moves, it creates potentially confusing sensations that could lead you astray in all kinds of ways. Just imagine the chaos if you assumed that someone was fondling or attacking you, every time one of your hands brushed your leg, for example. Being able to differentiate between your movements, and the actions of other people, is therefore a central part of our sense of self and agency – aspects of the psyche that even the most sophisticated robots can’t replicate. And examining these kinds of traits, you want to find an example that is easily replicated in the lab. “Tickling is a nice example because the contrast between ticklish sensations produced by others and the inability to tickle oneself is so clear,” says Jennifer Windt at the Johannes Gutenberg University of Mainz in Germany. 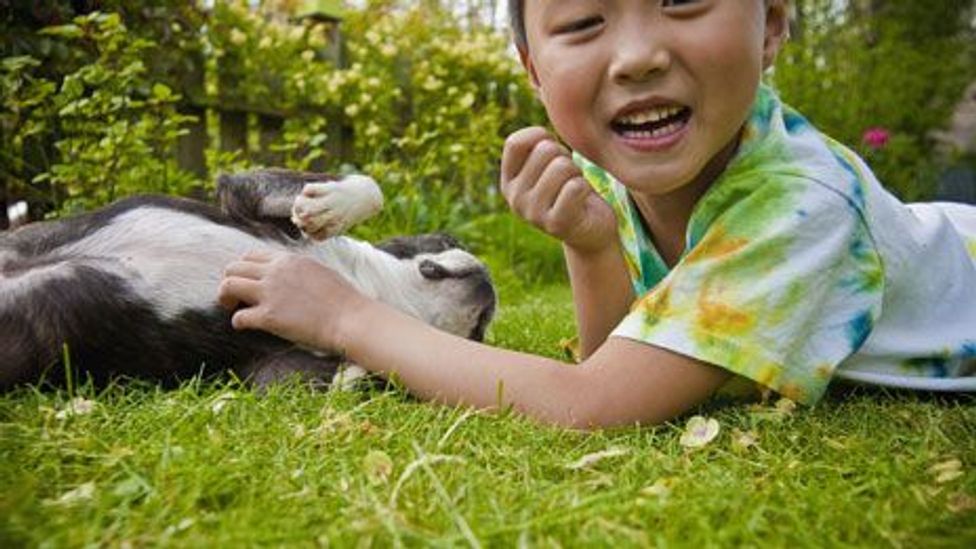 Sarah-Jayne Blakemore, at University College London, was one of the first to investigate the way the brain makes these lightning-fast decisions about the self and others. She scanned subjects’ brains as her colleagues tickled the palms of their hands, and when they attempted to do so themselves. From the resulting brain activity, she concluded that whenever we move our limbs, the brain’s cerebellum produces precise predictions of the body’s movements, and then sends a second shadow signal that damps down activity in the somatosensory cortex – where tactile feelings are processed. The result is that when we tickle ourselves, we don’t feel the sensations with the same intensity as if they had come from someone else, and so we remain calm rather than writhing with that familiar mix of discomfort and pleasure that comes when someone else tickles us.

If that was true, she suspected that there could be ways to fool the process, and allow people to tickle themselves. So she designed a machine that allowed her subjects to move a stick that gently stroked a piece of foam over their palm – sometimes instantaneously, at others with a delay of up to 200 milliseconds. It turned out that the greater the delay, the more ticklish the foam felt, perhaps because the cerebellum’s predictions no longer matched what the person was actually feeling.

Why do we laugh when tickled? The Headsqueeze team explains in the video above

Since Blakemore’s ground-breaking studies, many others have tried to find ways to find ways to trick the brain into tickling itself. Controlling someone’s foot movements with magnetic brain stimulation, so that their hand tickled their foot against their will, seems to do the trick. But it is one of the few experiments to succeed – others have produced puzzling results.

Van Doorn, for example, tried to give his subjects an out-of-body experience before tickling them. The set-up is relatively simple: the participant is fitted with video goggles that allow them to see from the eyes of the experimenter, who is sitting in front of them. By synchronising their movements, they slowly begin to feel like the experimenter’s body is their own. (For more information on how to swap your body with someone else, read our feature.)

In the midst of the illusion, the participants then had to move a lever that would tickle both bodies at the same time. With the subject confused about which body they were inhabiting, Van Doorn assumed that they would feel the full force of the tickle – but they were largely unmoved by the experience. “No matter if you swap bodies with someone else – you can’t tickle yourself with your own movements,” says Van Doorn. 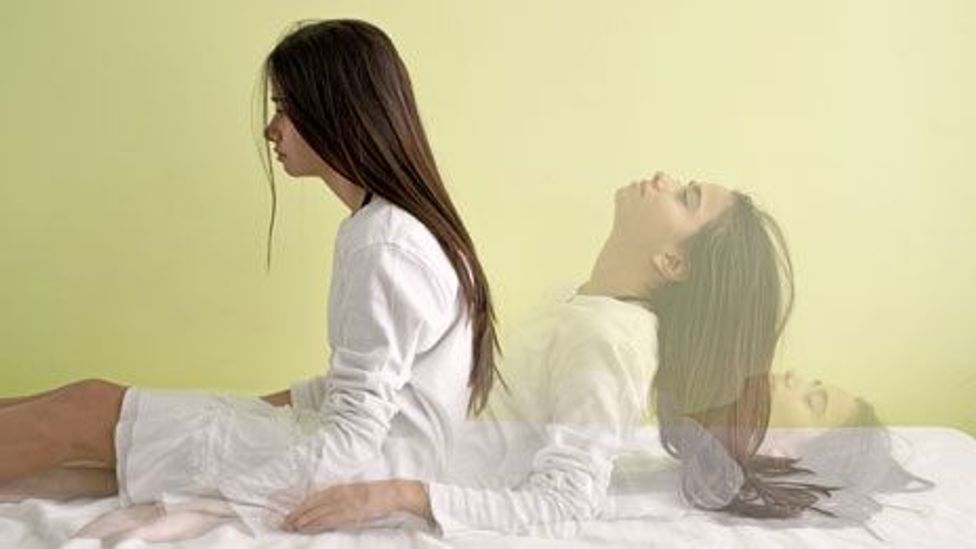 You can't tickle yourself in dreams, nor if induced to have an out of body experience (Thinkstock)

You can’t even tickle yourself in your dreams. Windt recently performed a dream experiment that sounds like it came straight out of the movie Inception. She recruited a team of expert lucid dreamers – people who know they are dreaming, and can control the actions of their dreams – to try it out, but they couldn’t. The subjects also tried to get other dream characters to tickle them; that too failed, sometimes because the other characters simply refused to be of service. “Several of our subjects experienced problems with, let’s say, dream character compliance,” says Windt.

If all that seems a little esoteric, there could be practical reasons for picking apart the neural processes behind self-tickling. “It’s interesting that people with schizophrenia can tickle themselves and we think that’s associated with things like delusional and alien control of limbs,” says Van Doorn – perhaps because of a more general problem with identifying the origins of their movements. So attempts to break down that process in healthy people could, eventually, shed some light on the way it malfunctions during periods of mental illness. 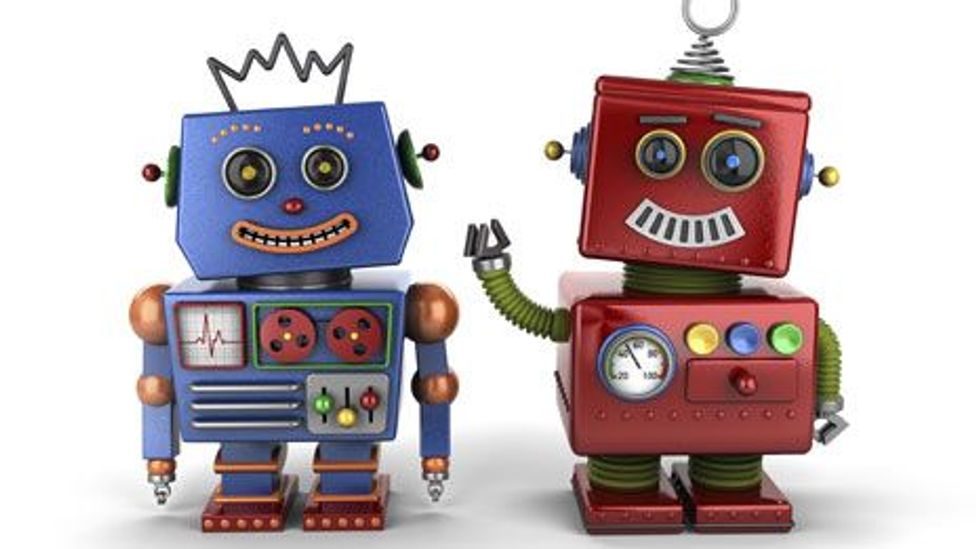 Could robots one day be sentient enough to be ticklish? (Thinkstock)

Self-tickling could even improve artificial intelligence, says Robert Provine, at the University of Maryland, Baltimore. “Your inability to tickle yourself suggests neurologically based definitions of self and other,” he writes in a playful essay. “Developing a similar machine algorithm may lead to “ticklish” robots whose performance is enhanced by their capacity to distinguish touching from being touched, and, provocatively, may provide a computationally based construct of machine personhood.”

If so, a feather duster could provide a delightfully bizarre alternative to the famous Turing test for artificial intelligence in years to come: just aim for its extremities and see if it laughs.

In Depth
1Why do we yawn?
In Depth
2Why boredom is good for you
In Depth
3Why planes make us so flatulent
In Depth
4The truth about the paranormal
Around the BBC