To die, sometimes you need only believe you are ill, and as David Robson discovers, we can unwittingly ‘catch’ such fears, often with terrifying consequences.

It’s a consistent phenomenon, but medicine has never really dealt with it

We have long known that expectations of a malady can be as dangerous as a virus. In the same way that voodoo shamans could harm their victims through the power of suggestion, priming someone to think they are ill can often produce the actual symptoms of a disease. Vomiting, dizziness, headaches, and even death, could be triggered through belief alone. It’s called the “nocebo effect”.

But it is now becoming clear just how easily those dangerous beliefs can spread through gossip and hearsay – with potent effect. It may be the reason why certain houses seem cursed with illness, and why people living near wind turbines report puzzling outbreaks of dizziness, insomnia and vomiting. If you have ever felt “fluey” after a vaccination, believed your cell phone was giving you a headache, or suffered an inexplicable food allergy, you may have also fallen victim to a nocebo jinx. “The nocebo effect shows the brain’s power,” says Dimos Mitsikostas, from Athens Naval Hospital in Greece. “And we cannot fully explain it.”

Doctors have long known that beliefs can be deadly – as demonstrated by a rather nasty student prank that went horribly wrong. The 18th Century Viennese medic, Erich Menninger von Lerchenthal, describes how students at his medical school picked on a much-disliked assistant. Planning to teach him a lesson, they sprung upon him before announcing that he was about to be decapitated. Blindfolding him, they bowed his head onto the chopping block, before dropping a wet cloth on his neck. Convinced it was the kiss of a steel blade, the poor man “died on the spot”. 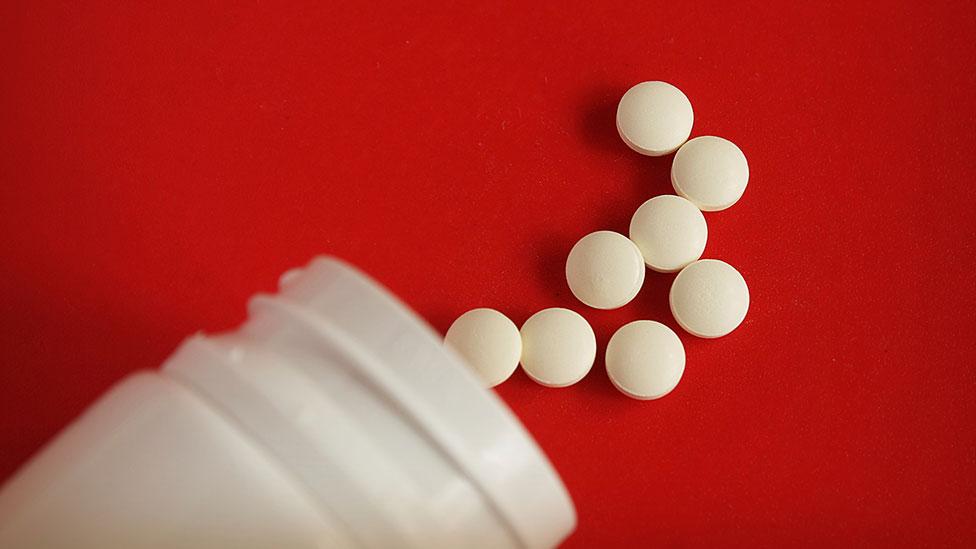 While anecdotes like this abound, modern researchers had mostly focused on the mind’s ability to heal, not harm – the “placebo effect”, from the Latin for “I will please”. Every clinical trial now randomly assigns patients to either a real drug, or a placebo in the form of an inert pill. The patient doesn’t know which they are taking, and even those taking the inert drug tend to show some improvement – thanks to their faith in the treatment.

Yet alongside the benefits, people taking placebos often report puzzling side effects – nausea, headaches, or pain – that are unlikely to come from an inert tablet. The problem is that people in a clinical trial are given exactly the same health warnings whether they are taking the real drug or the placebo – and somehow, the expectation of the symptoms can produce physical manifestations in some placebo takers. “It’s a consistent phenomenon, but medicine has never really dealt with it,” says Ted Kaptchuk at Harvard Medical School. 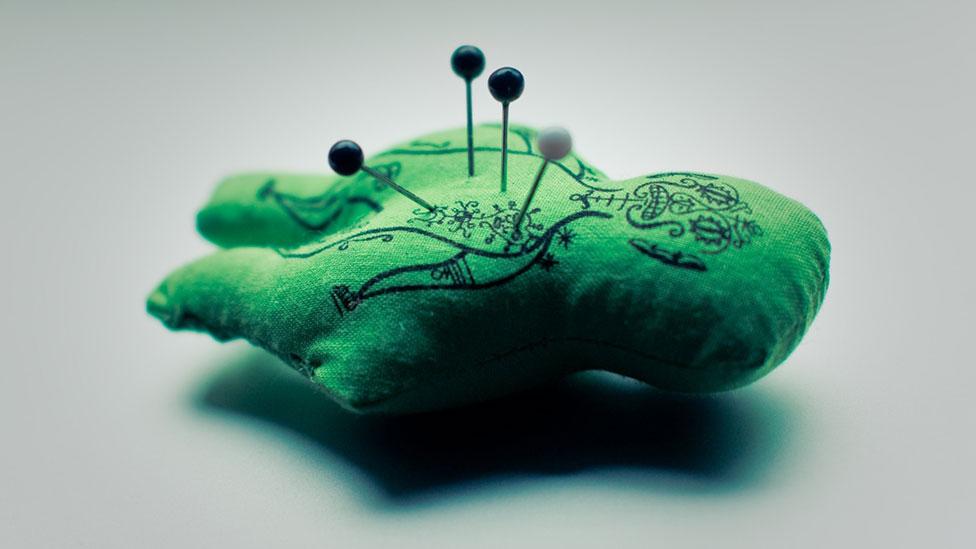 Over the last 10 years, doctors have shown that this nocebo effect – Latin for “I will harm” – is very common. Reviewing the literature, Mitsikostas has so far documented strong nocebo effects in many treatments for headache, multiple sclerosis, and depression. In trials for Parkinson’s disease, as many as 65% report adverse events as a result of their placebo. “And around one out of 10 treated will drop out of a trial because of nocebo, which is pretty high,” he says.

Although many of the side-effects are somewhat subjective – like nausea or pain – nocebo responses do occasionally show up as rashes and skin complaints, and they are sometimes detectable on physiological tests too. “It’s unbelievable – they are taking sugar pills and when you measure liver enzymes, they are elevated,” says Mitsikostas.

And for those who think these side effects are somehow “deliberately” willed or imagined, measures of nerve activity following nocebo treatment have shown that the spinal cord begins responding to heightened pain before conscious deliberation would even be possible. 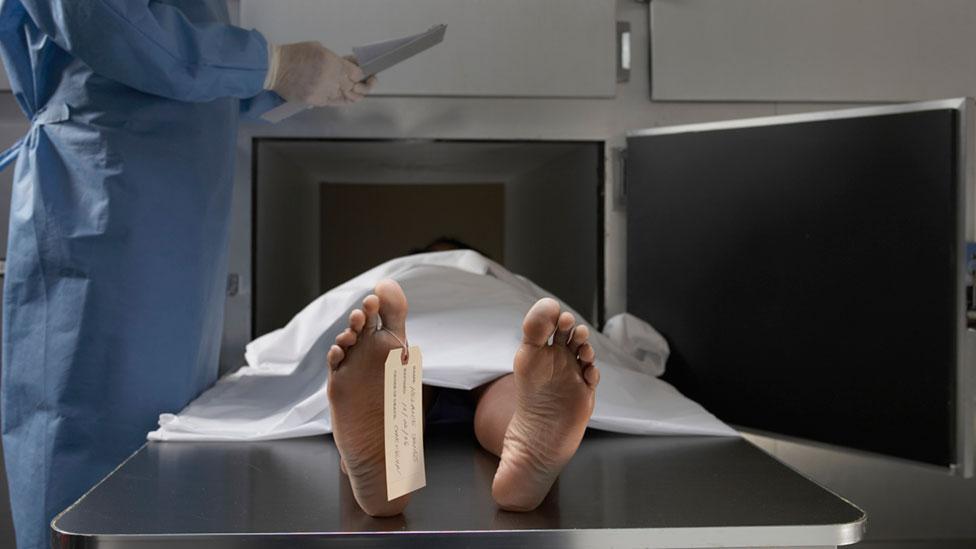 Consider the near fatal case of “Mr A”, reported by doctor Roy Reeves in 2007. Mr A was suffering from depression when he consumed a whole bottle of pills. Regretting his decision, Mr A rushed to ER, and promptly collapsed at reception. It looked serious; his blood pressure had plummeted, and he was hyperventilating; he was immediately given intravenous fluids. Yet blood tests could find no trace of the drug in his system. Four hours later, another doctor arrived to inform Reeves that the man had been in the placebo arm of a drugs trial; he had “overdosed” on sugar tablets. Upon hearing the news, the relieved Mr A soon recovered.

We can never know whether the nocebo effect would have actually killed Mr A, though Fabrizio Benedetti at the University of Turin Medical School thinks it is certainly possible. He has scanned subjects’ brains as they undergo nocebo suggestions, which seems to set off a chain of activation in the hypothalamus, and the pituitary and adrenal glands – areas that deal with extreme threats to our body. If your fear and belief were strong enough, the resulting cocktail of hormones could be deadly, he says.

The thought that your doctor could inadvertently make you sicker is concerning enough. But more recently, it has become clear just how little is needed to spread the nocebo effect. Even just passing gossip and hearsay can prime your mind for illness with potent effect. 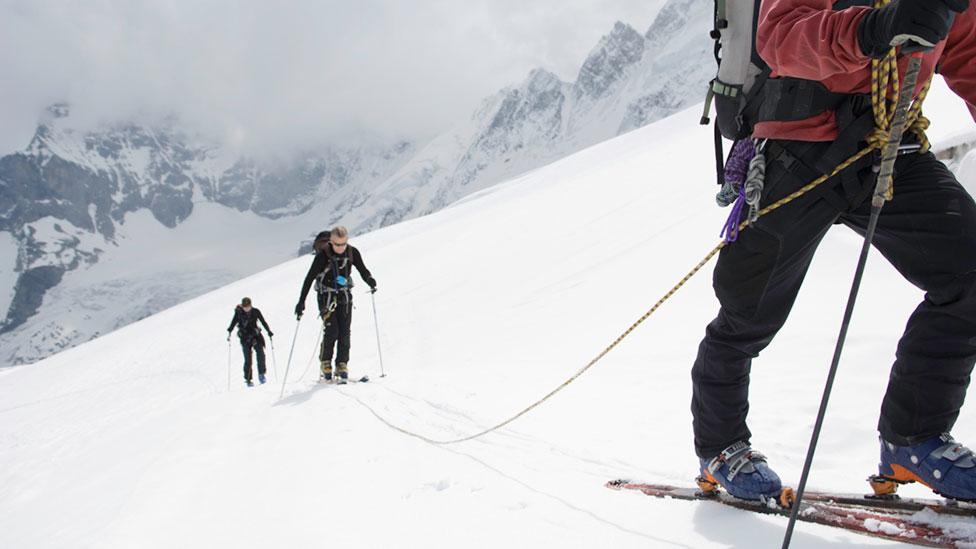 Last year, for instance, Benedetti offered to take more than 100 students up the Italian Alps to an altitude of 3000m (9800ft). A few days beforehand, he had told just one of them about a possible consequence – that the thin air could bring on a migraine. By the day of the trip, he found that the gossip had spread to more than a quarter of the group – and those who had heard the rumour began to suffer the worst headaches. What’s more, a study of their saliva showed an exaggerated response to the low oxygen conditions, including a proliferation of the enzymes that are associated with altitude headache. “The brain biochemistry changed in the ‘socially infected’ individuals,” says Benedetti.

In other words, harmful beliefs, that transmit illness, could be catching. “Negative expectations can be communicated to your friends, neighbours, and the like, and they spread very quickly, producing social nocebo effects in a large population of subjects,” says Benedetti. Indeed, another study found that simply seeing another patient suffering pain can make a treatment hurt more – suggesting nocebo could pass from person to person by silent observation. Even more worryingly, you might not need to be conscious of those thoughts to be affected; the nocebo can apparently be triggered by subliminal cues. 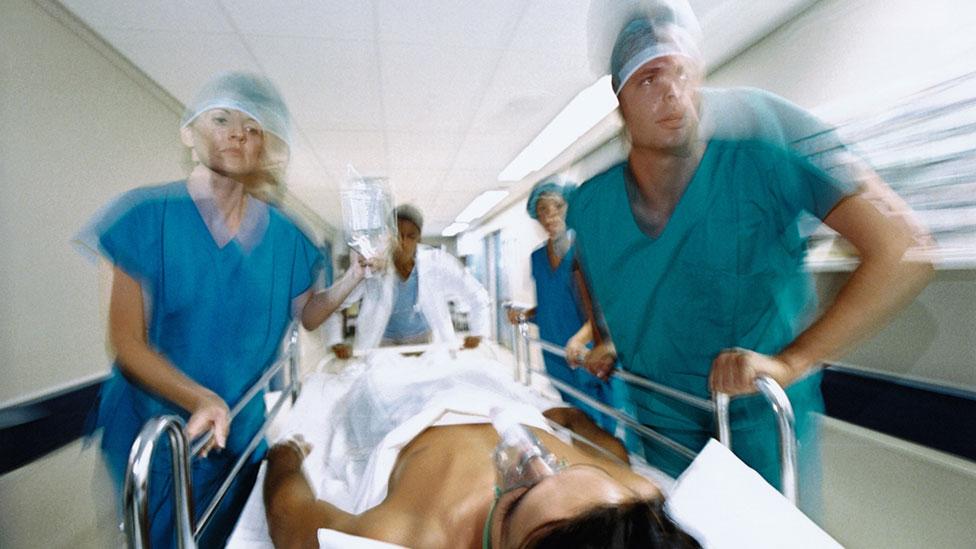 History is full of mysterious outbreaks that might have arisen in this way. Most famous is the deadly dancing plague of 1518. Then, in the 1960s, there was the mysterious “June Bug” epidemic in an American textile factory, which brought about dizziness and vomiting, despite the fact that none of the poisonous insects thought to be responsible could ever be identified. The most chilling was the spate of mysterious deaths within the community of Hmong people who arrived in the US from southeast Asia in the 1980s – young men, with no existing illness, who began dying in their sleep after periods of nightmares and sleep paralysis; experts have speculated that it arose from a strong cultural belief in deadly night spirits. Often, fear of new technology seems to be responsible: in the late 19th Century, early telephone users reported giddiness and wracking pain after using the new contraption, for instance, while Scandinavian workers in the 1980s developed surprising rashes, apparently from their computer monitors.

Today, the nocebo is perhaps most visible in such controversial disorders as “wind turbine syndrome” (sickness and insomnia from wind farms, most common in Canada) and “electro-sensitivity” – an allergic reaction to mobile phone signals and wi-fi. Some sufferers even resort to sleeping in metal cocoons to avoid the constant ringing in their ears. Yet dozens of experiments have shown that people are just as likely to report the same symptoms when they are exposed to a sham transmitter that doesn’t actually emit any electromagnetic waves. 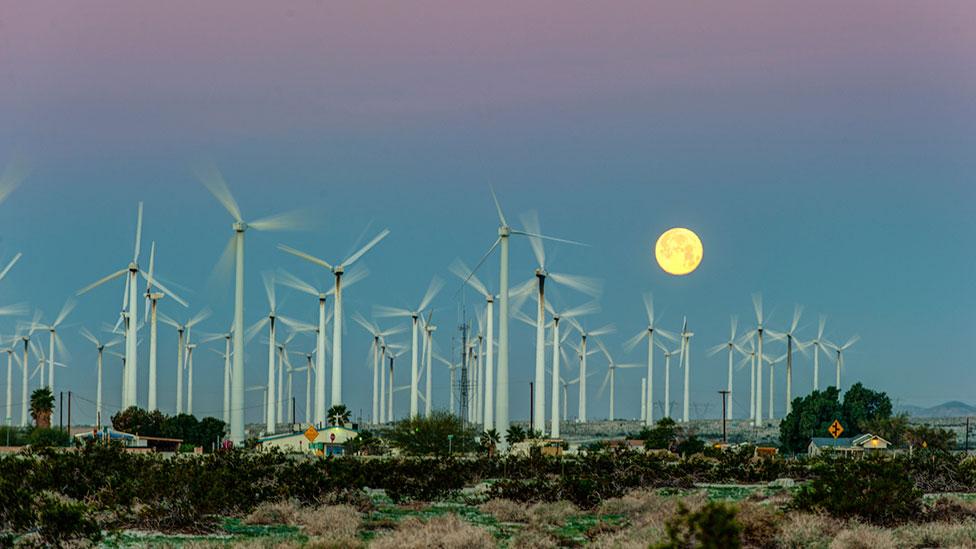 If work on the nocebo tells us anything, it is that we shouldn’t underestimate the distress of their condition. “I’ve got no doubt in my mind – people are genuinely experiencing physical symptoms,” says James Rubin at King’s College London. Even the former head of the World Health Organisation was affected: she banned cell phones in her office, because she thought that they gave her splitting headaches.

Fears of electro-sensitivity are relatively rare, but there are many other ways a nocebo belief could have taken a hold of your health. Perhaps you suffer from a mysterious food intolerance, for instance. In England, 20% of people claim to be unable to stomach certain foods – yet hospital tests of the actual digestion suggest that only about a tenth of that number of people have a real problem. The nocebo may also explain why people apparently develop sickness after an inert vaccine, and it may shed light on the oft-discussed side-effects of the contraceptive pill – such as depression, headache, and breast pain– which scientific trails have mostly failed to confirm. Expectation of illness may also lie behind the sickness and eye-strain apparently created by 3D TVs. 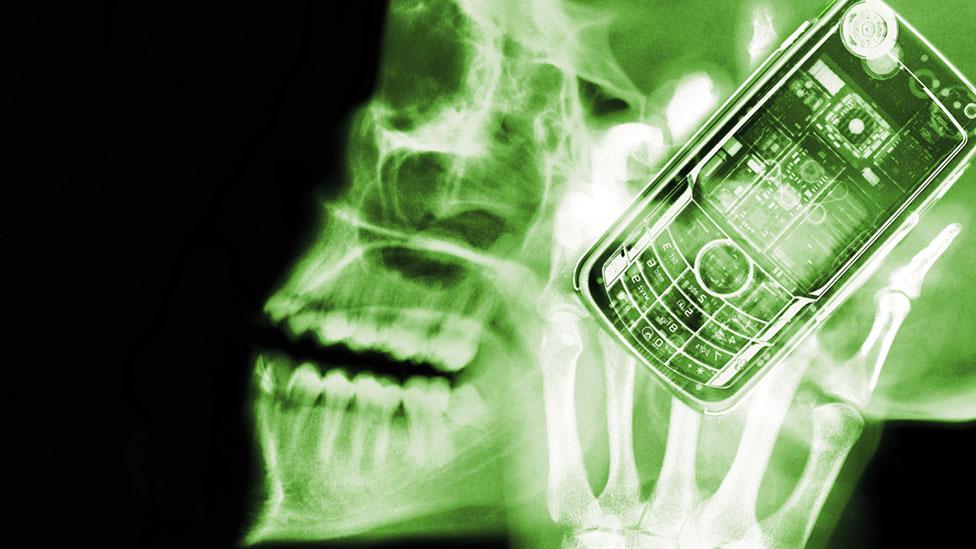 What can be done? It is notoriously difficult to neutralise long-held beliefs, but responsible media reporting would at least stem the spread of poisonous rumours. In 2013, Rubin found that simply showing a short video on electro-sensitivity was enough to trigger later symptoms – and the evidence seems to show that outbreaks of “wind turbine syndrome” follow local media reports. In other words, the health scares themselves are actually making people ill.

How about doctors themselves? Rebecca Wells at the Wake Forest Baptist Medical Center in North Carolina points out that it’s a major dilemma for modern medicine. Doctors are obliged to be honest about a drug’s side effects – they need to gain “informed consent” – but that is a fuzzy concept when the information itself could make someone sicker. “There is no hard and fast truth of what a medicine does,” Wells says. In the future, she thinks doctors may need to develop new procedures to decide which facts to divulge and the way they frame that information. Due care is crucial in each case – as Benedetti points out, the contagious nature of the nocebo means that a single person’s side-effects could soon spread to a much larger group.

More positively, education itself may help sap the nocebo effect of its power. Mitsikostas, for instance, tries to explain to his patients that they have to be wary of their own expectations. “We have to make the patient understand that it’s an internal fear that we both have to try to fight,” he says.

The mind-body connection, he says, is something that we can ill afford to ignore, despite our amazing new medical tools. “For millennia, medicine was basically placebo – by using expectation, magicians used the will to heal,” he says. “It is not enough to overcome disease – but it is indispensable.” 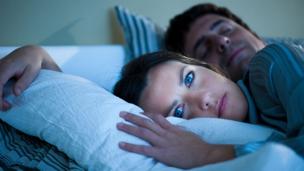 Dos and don’ts for restful sleep 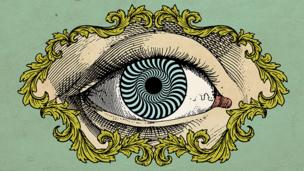 How your eyes trick your mind 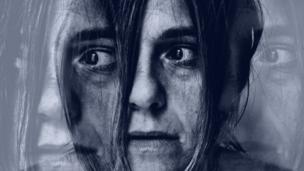 How extreme fear shapes the brain 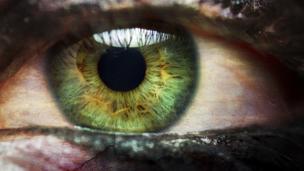 The man who studies evil