Loading
Will We Ever?
Should we give up on the dream of space elevators?
Share using EmailShare on TwitterShare on FacebookShare on Linkedin 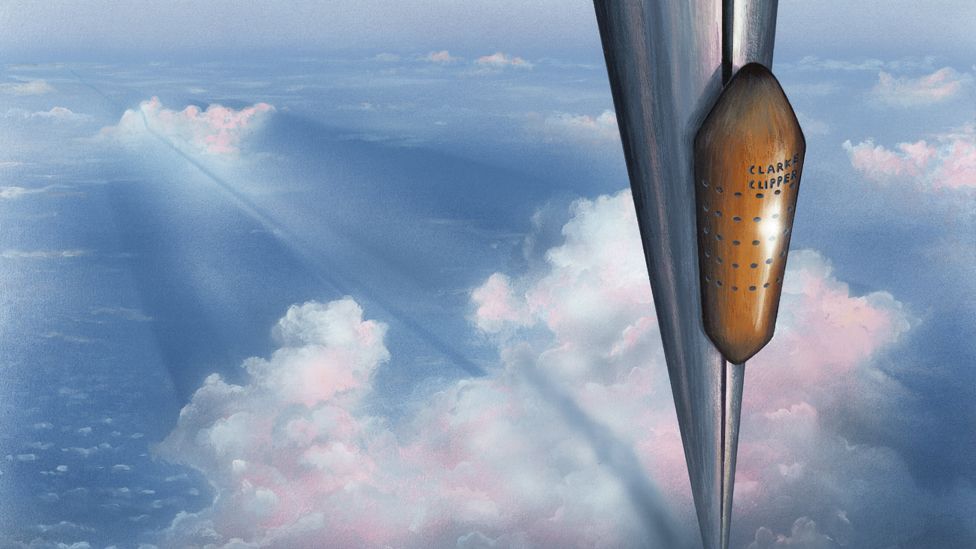 By Nic Fleming 19th February 2015
Elevators that can whisk people and cargo up from the planet’s surface into space could spell an end to polluting rockets. But making them reality is a challenge. Nic Fleming investigates.
E

Elon Musk is considered by many to be visionary – a pioneer of private exploration, and the man behind the Hyperloop concept to shoot people from Los Angeles to San Francisco in a metal tube in only 35 minutes. But there are some ideas that even he believes are too far-fetched. A space elevator is one of them.

“This is extremely complicated. I don't think it's really realistic to have a space elevator,” said Musk during a conference at MIT last October, adding that it would be easier to “have a bridge from LA to Tokyo” than an elevator that could take material into space.

Sending people and payloads into space in capsules speeding along a giant cable held in place by the rotation of the Earth has featured in the work of science fiction authors such as Arthur C Clarke, but never been deemed feasible in the real world. So, are we kidding ourselves that our abilities can solve this truly gargantuan technical challenge? 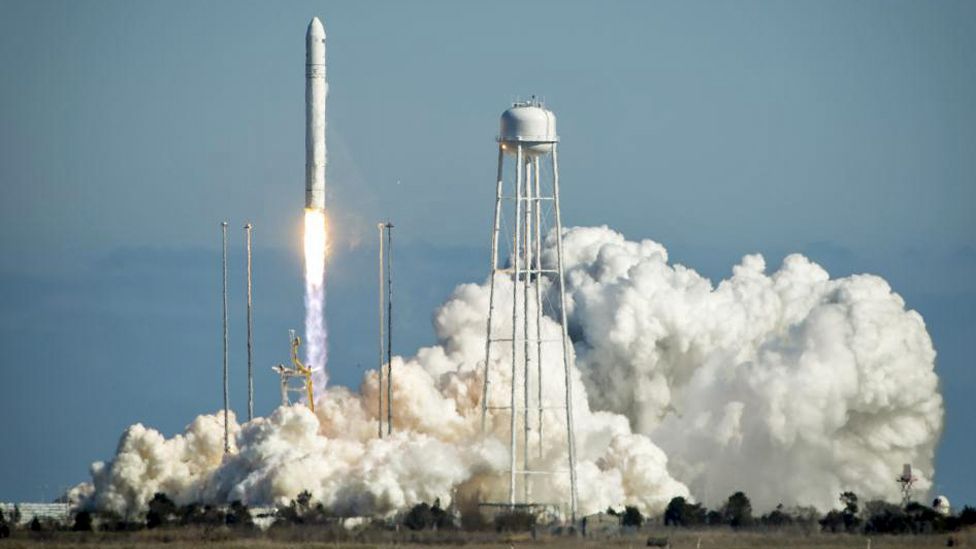 As BBC Future has discovered before, proponents of space elevators believe not. They see chemical rockets as an outdated, risky, environmentally damaging and exorbitant means of getting into space. Their proposed alternative is essentially a railway line into space: electrically-powered spacecraft travelling from an anchor point on Earth along a super-strength tether linked to a counterweight travelling in a geosynchronous orbit around the planet. Once built, space elevators could carry loads into space for $500 a kilogram, compared to the current price tag of around $20,000 a kilogram, according to a recent report by the International Academy of Astronautics (IAA).

“It’s a phenomenal enabling technology that would open up our Solar System to humankind,” says Peter Swan, President of the International Space Elevator Consortium, and lead author of the IAA report. “I think the first ones will be robotic, and then 10 to 15 years after that we’ll have six to eight elevators that are safe enough to carry people.”

Unfortunately, that structure would not only have to be up to 100,000 kilometres long – more than twice Earth’s circumference – it would also have to be able to support its own weight. Quite simply, there is no substance on Earth that has such properties.

But there are scientists who think that it can be done – and that it could be a reality this century. A major Japanese construction company has announced plans to build one by 2050. And US researchers who recently developed a new diamond-like nanothread material believe its likely strength could make space elevator construction feasible within most of our lifetimes. 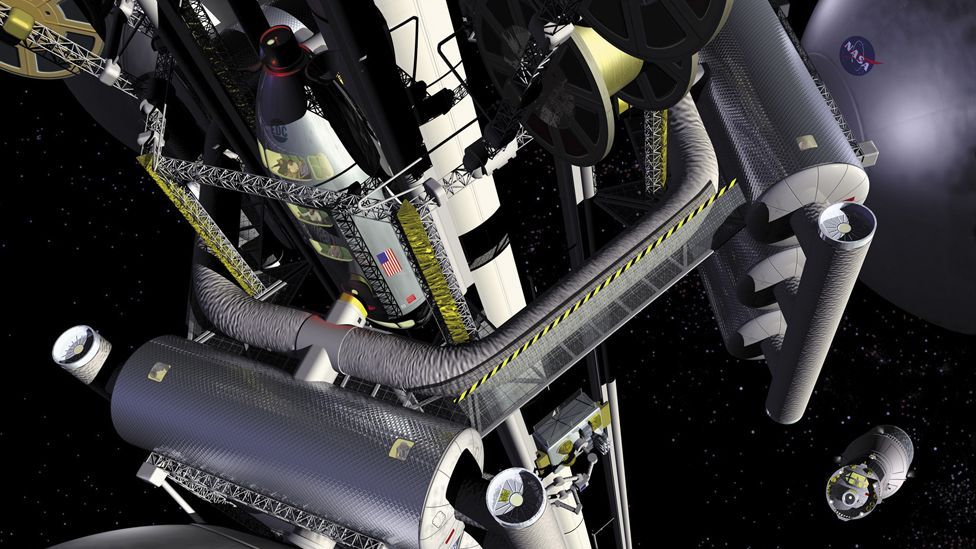 Could a space elevator one day take tourists far above the Earth? (Nasa)

Modern thinking about space elevators dates back to 1895 when Russian school teacher Konstantin Tsiolkovsky was inspired by the recently completed Eiffel Tower in Paris to consider the physics of building a tower all the way to space so that spacecraft could be launched into orbit without rockets. Science fiction writer Arthur C Clarke inspired more recent interest with his 1979 novel The Fountains of Paradise in which his main character builds a space elevator with a similar design to those being investigated today.

But how do you make it reality? “I love the outrageousness of the idea,” says Kevin Fong, who founded the Centre for Altitude, Space and Extreme environment medicine at University College London. “I can see why people have their eyes on the concept because if you can get to low Earth orbit cheaply and safely then the inner Solar System becomes your oyster.”


The sticking point is how you would actually build it. “To begin with it would need to be made of an as yet non-existent extremely strong yet flexible material with the right mass and density characteristics to support the vehicles, and capable of withstanding an incredible array of sheering forces,” says Fong. “I would imagine it would require the most ambitious series of low- and high-Earth orbital missions and space walks in the history of our species.”

Then there are the safety issues, he adds. “Even if we could overcome the considerable engineering challenges involved in building this thing, it paints a rather terrifying picture of a giant cheese wire scything through space taking out space vehicles and being itself hit by all the space debris already up there.”

There have been three detailed concept designs published in the last 12 years. The first, published by Brad Edwards and Eric Westling in their 2003 book Space Elevators, envisaged 20-tonne payloads powered by Earth-based lasers travelling at a cost of $150 a kilogram, and with a construction price tag of $6bn (£3.9bn). 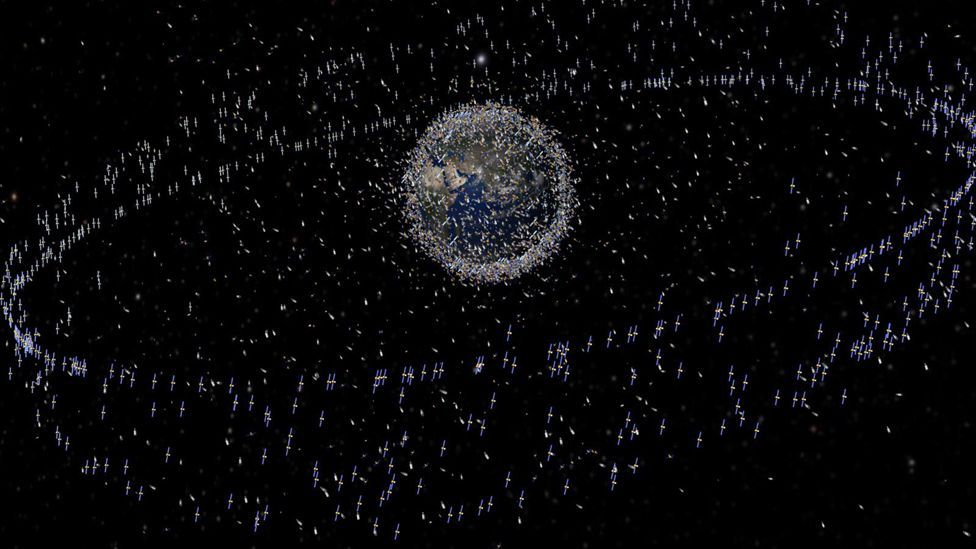 Taking this concept forward, the IAA’s 2013 design provided their vehicles with greater protection from the weather for the first 40 kilometres, and drove them with solar power after this distance, allowing transport at $500 a kilogramme and costing $13bn (£8.5bn) for the first pair.

Previous proposals for the counterweight needed on the space end of the cable to keep it taut have included using a captured asteroid. The IAA report says this might become an option one day, but is not possible in the near future.

Instead, part of the 1,900-tonne weight needed to support a tether weighing 6,300 tonnes would come from the spacecraft and vehicles used to put the tether in place. This would be supplemented by capturing satellites that had stopped functioning that were languishing in nearby orbits as space debris.

The report authors add that the counterweight must be capable of withstanding radiation, meteor damage and thermal fluctuations.

They also propose the Earth end anchor should be a floating platform the size of a large oil tanker or aircraft carrier near the Equator as this would maximise its carrying capacity. Their preferred location is a spot about 1,000 kilometres west of the Galapagos Islands because of the rarity of hurricanes, tornadoes and typhoons there. 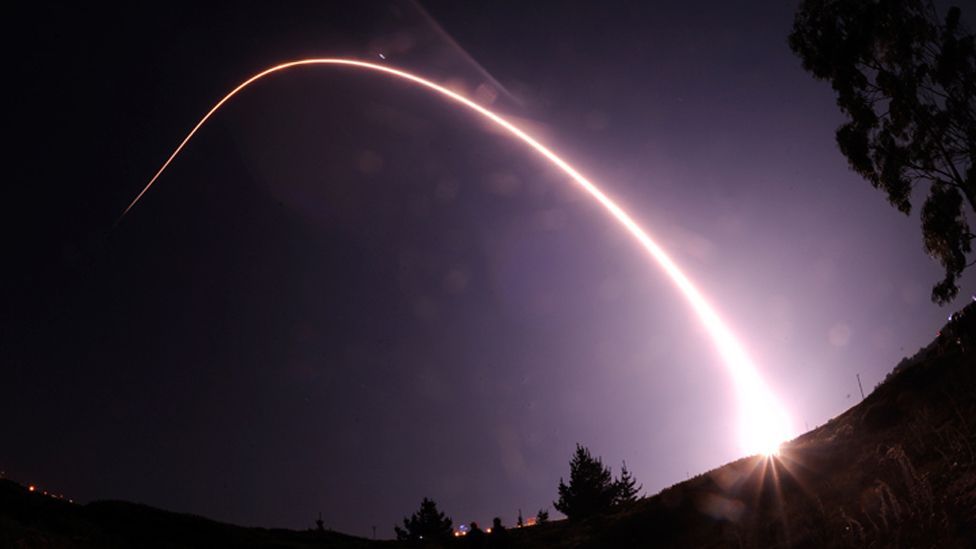 The Obayashi Corporation, one of Japan’s five big construction companies, last year published plans for a more robust space elevator carrying robotic cars powered by maglev motors similar to those used on high speed rail lines. These would carry humans making the required tether strength greater. Their design would cost $100bn, with transport costs down to $50-100 a kilogram.

While there are undoubtedly many obstacles, the only component that would be impossible to build today is the tether itself, says Swan.

“Finding the material to make the tether is the main remaining technological challenge,” he says. “All the rest are slam dunks. We can do them all.”

A leading contender is a cable made of carbon nanotubes (CNTs), which have been produced in a lab with a tensile strength of 63 gigapascal (GPa) – about 13 times stronger than the toughest steel.

The maximum length of CNTs has been growing steadily since their discovery in 1991, with Chinese researchers reporting having produced one measuring half-a-metre long in 2013. The authors of the IAA report predict kilometre-long CNTs by 2022 and lengths sufficient for their concept design by the 2030s.

Meanwhile a new contender emerged in September when a team led by John Badding, a professor of chemistry at Penn State University in Pennsylvania, revealed in a paper published in the journal Nature Materials that they had created ultra-thin, “diamond nanothreads" that could prove even stronger and stiffer than CNTs. 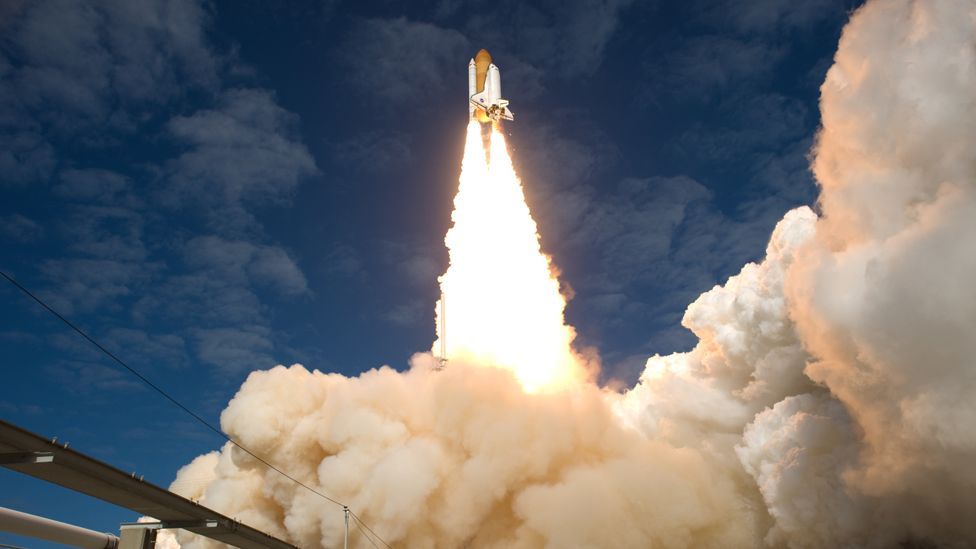 His group began by compressing benzene to 200,000 times atmospheric pressure. When the pressure was then released very slowly the atoms appeared to re-form themselves into a new, highly ordered structure of pyramid-like tetrahedrons.

These shapes linked together to form ultra-thin threads highly similar in structure to diamond. While it is not possible to measure their strength directly because of their size, theoretical calculations suggest they could be harder and stronger than today’s hardest, strongest synthetic materials.

“If we could learn to make materials based on diamond nanothreads or on carbon nanotubes perfect enough and long enough, science tells us they almost certainly have the strength necessary for a space elevator,” says Badding.

Even if one of these materials does prove strong enough, assembling and connecting the separate elements of a space elevator will present major challenges. Other headaches will include security, assembling the funding, and managing competing interests. Swan at least is not daunted.

“Of course there are big challenges, as there were for those who built the first transcontinental railroad, and the Panama and Suez canals,” he says. “It will take a lot of time and money, but as with all great enterprises it’s really just a question of dealing with the challenges one at a time, and reducing the risks bit by bit.”

Even Musk can’t bring himself to entirely discredit the idea. “It's not the thing that I think makes sense right now,” he said during last year’s MIT conference. “But if somebody can prove me wrong that'd be great.”