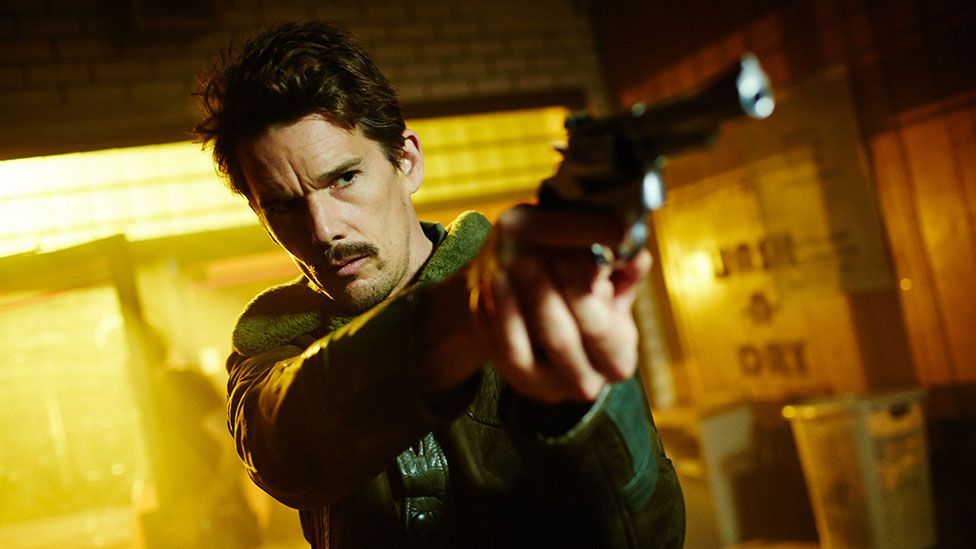 By Quentin Cooper 16th February 2015
Time travel often appears in the movies, but it’s a pity that the science never matches up with the fiction, argues Quentin Cooper.
H

Here we go again. The movie Predestination, released in the UK this week, is the very latest in the long history of time travel films. There’s been more than 100 since the Terminator and Back to the Future franchises began 30 years ago – all of which are science fiction that have little to do with the science facts.

Like many of them, Predestination has its own engaging twist: Ethan Hawke plays a time agent who nips back through history to snuff out crimes before they can be committed. Like all of them it’s chronologically illogical: the split second a movie has someone monkeying with time you are doomed – predestined, you might say – to abandon the science and enter a plea of temporal insanity.

Things very quickly get very brain boggling. Consider this – if someone builds a time machine what’s to prevent them going back one minute and smashing it up before they first use it? Which means it never gets used – so how did it get smashed up. What prevents the whole parade of paradoxes thrown up by time travel to the past – becoming your own grandfather, killing Hitler before he starts World War Two and so on – is that they trash big laws of physics. And the Universe, as far as we understand it, likes to play by the rules. 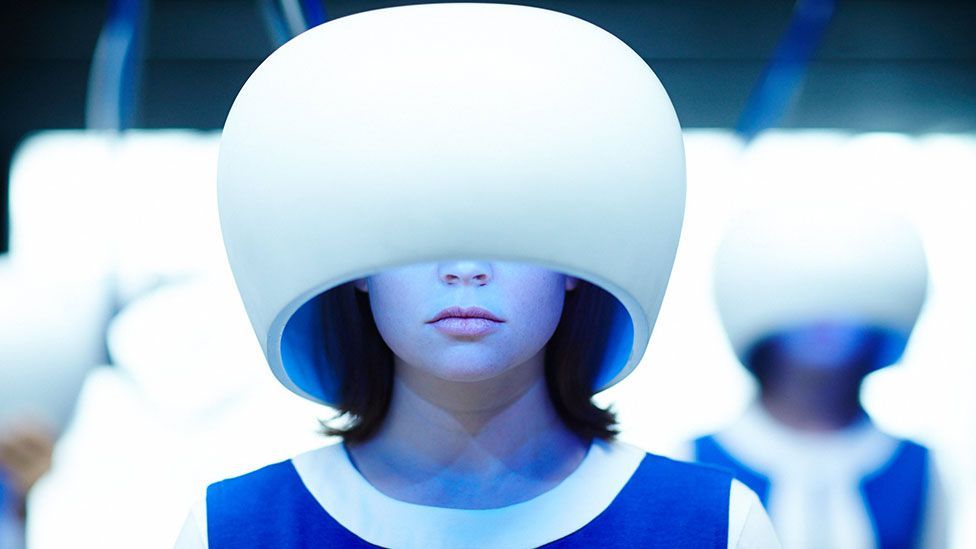 One of the fundamentals that underpins not just physics but every aspect of existence is the law of cause and effect, always in that order. Changing the past would violate that: your actions would affect what caused you to go back in the first place – so if you did manage to kill Hitler he wouldn’t have done what led you to go back and kill him.

That doesn’t stop filmmakers exploring the consequences if you could somehow drop in on history. For Hollywood, applause and special effects are more important than cause and effect, and time travel offers unlimited opportunities to push both imagination and CGI to their limits. Hence screen time machines have included a police box (Dr Who), a phone booth (Bill & Ted’s Excellent Adventure), a DeLorean sports car (Back to the Future) and a big nudes-only energy ball (Terminator).

Unlike other favourite science-fiction themes such as smarter-than-human robots or interstellar travel or encounters with aliens – all of which are somewhere on a scale of theoretically possible to eventually probable – time travel to the past is now and forever a complete scientific no-no.

Well, almost complete. There is a loophole. A tiny loophole called a wormhole. Stephen Hawking is one of many respected scientists who now believe that our entire Universe is permeated by wormholes, effectively shortcuts through time and space. While entirely compatible with Einstein’s theory of relativity and most other current big ideas about the nature of reality, they open up the possibility not only of journeys in time – popping in one end of a wormhole and popping out days, years or centuries earlier – but also of instantly linking distant parts of the cosmos, effectively enabling faster-than-light travel. No wonder the idea of wormholes is so often borrowed by a whole slew of so so-called sci-fi (including Star Trek, Stargate, the Avengers and Interstellar). 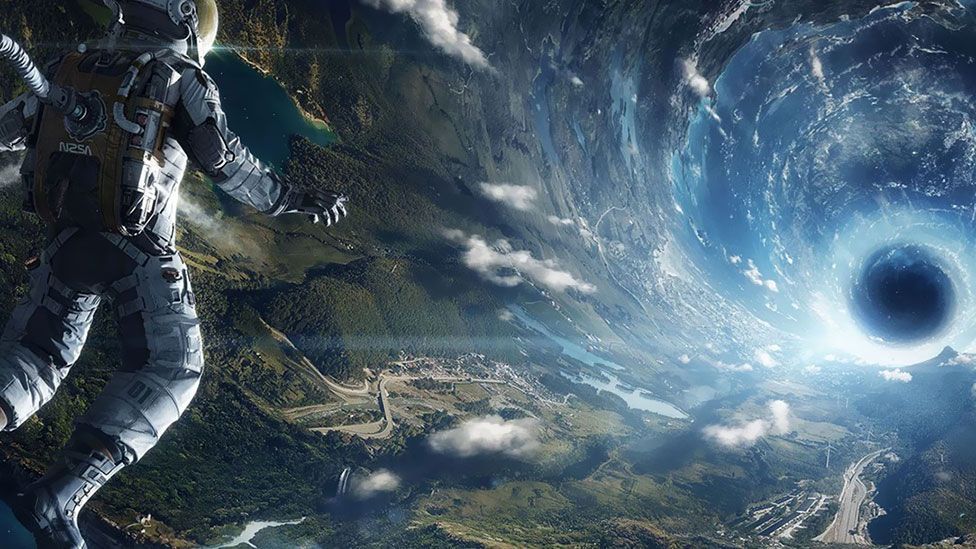 Just one word of warning though before anyone attempts to build a spaceship and steer for the nearest wormhole: they may be real, they may be common and they may bridge time and space, but having a wormhole is one thing, having one you can use is quite another. Even Professor Hawking, who admits to being “obsessed by time” and to wanting to believe time travel is possible, points out that wormholes are only thought to exist in the “quantum foam” right down below even the scale of atoms. That’s way too small to squeeze a spaceship through. Or Arnold Schwarzenegger. Or even Michael J Fox.

There are those who argue that given enough technology, theoretical physicists and, er, time we might eventually develop a way to snare some of these infinitesimally tiny wormholes and then make them billions of times bigger so we could go where and when we wanted. It’s all colossally speculative at the moment, but just supposing such a traversable wormhole were someday constructed, and you carefully avoided all deliberate interference with the past, you would still run smack into another prohibitive paradox.

It’s one nicely illustrated by Ray Bradbury’s classic early 50s short story A Sound of Thunder, where time travellers to Earth’s prehistoric past are kept on a levitating walkway to minimise their chance of any contact with the past. Someone falls off and accidentally crushes a single butterfly. When they return to their present all sorts of things, from spellings of words to the outcome of elections, are different and they have created an alternative reality.

Bradbury’s story is the first incarnation of the ‘Butterfly Effect” often evoked in chaos theory: the idea that one tiny change now can result in all manner of large and often unforeseeable changes later. And that’s a real obstacle for going back in time. If anyone could overcome the enormous challenge of how to do it, they would still face the equally great challenge of how to do it without risk of affecting the past in the slightest. Alter one thing, and you could alter everything and end up rewriting reality. 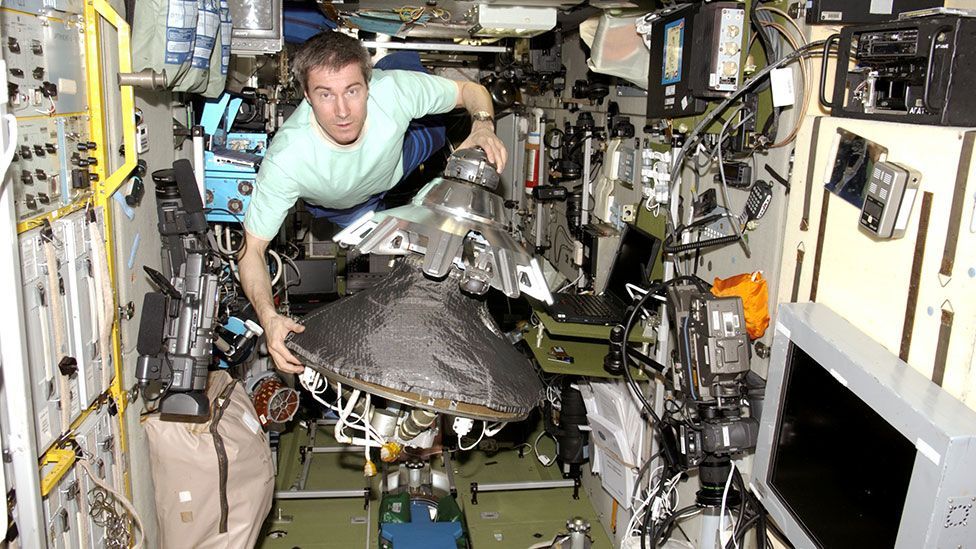 Again, there are some who are bending their minds to ways round these restrictions: there are all sorts of theories involving configurations of multiple wormholes and ‘closed timelike curves’ and other elaborate alternatives. But sadly for those who like their film fantasies grounded in reality there could be one simple reason why all these problems and paradoxes appear insurmountable; they just are. Much as we love the idea of changing the past and erasing our mistakes – I’ve some deep regrets about a coat I bought in 2007 – it seems nothing including wormholes can take us back there.

Travelling into the future, however, is not necessarily impossible. In fact, there are those who have already done it. The greatest of them is Sergei Krikalev, a cosmonaut now also a chrononaut by virtue of having spent so long in space that it’s been calculated he’s travelled into his own future by about 1/200ths of a second.

OK, it’s not much. But it’s still enough to be tricky to get your head round. It’s all down to time dilation, something predicted by Einstein’s Theory of Relativity but which we can measure, whereby the faster someone goes (and Sergei spent over two years in orbit on Mir and the International Space Station travelling at over 17,000mph) the slower their clock goes relative to those back down on Earth. It’s more complicated than this because gravity is also involved, but Sergei has aged fractionally less than he would have if he’d not gone into space.

Start cranking up the velocity and the effects become much more pronounced: if chrononaut Krikalev had spent his two years in space travelling at a smidge below the speed of light (almost 40,000 times faster than he was orbiting at) he would have returned to find two centuries or more had passed on Earth. 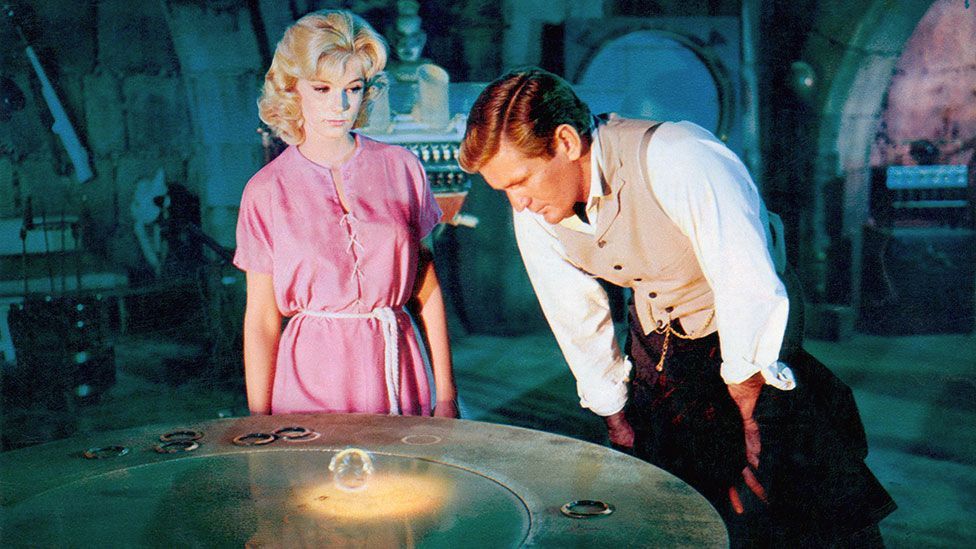 The Time Machine is one of the few sci-fi films to venture into the future, not the past (Rex Features)

That’s proper time travel. Of course it might be unfeasible to ever get up to such speeds and the trips are strictly one way, but unlike plunging into history we at least know it is possible. So while films about going back in time are pure fantasy, ones where people end up in the future have a smidge of science amongst the fiction. Which makes it a pity there are so few of them.

The two versions of HG Wells’ The Time Machine, the Back to the Future trilogy and Planet of the Apes are among the few that at least involve some travel into the future. The only film I’m aware of to attempt to portray the realities of time travel is last year’s Interstellar. It draws on time dilation and the ‘Rip Van Winkle’ experience for returning astronauts of finding themselves decades out of phase with the people they left behind.

Perhaps it’s the start of a move towards factual accuracy in time travel films. But I doubt it. Is it too much to wish for more movies that don’t take it so seriously, and have fun with the ludicrousness of leaping around in history? Films like Bill & Ted’s Excellent Adventure with its paradox-popping ending. Now there’s a film I can watch time and time again.