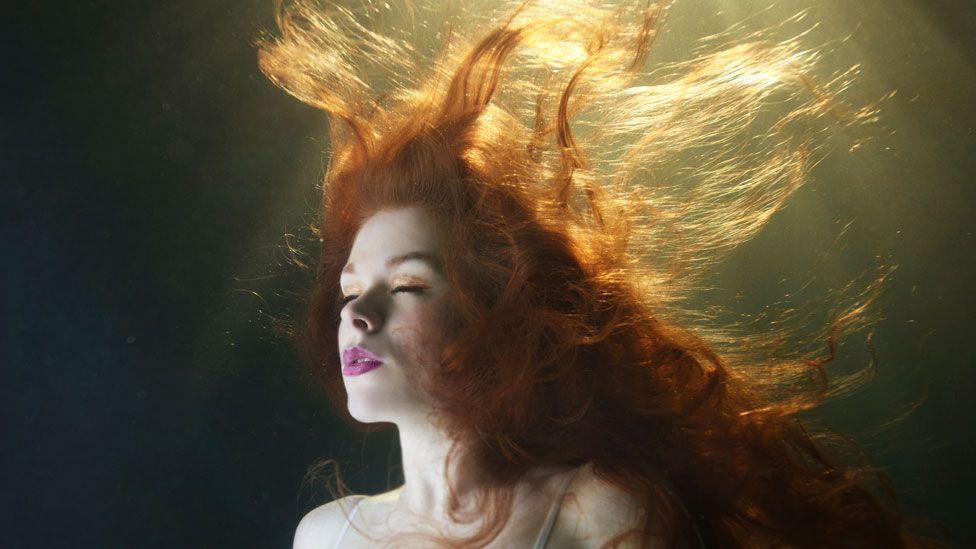 By Rachel Nuwer 3rd March 2015
Seeing a light and a tunnel may be the popular perception of death, but as Rachel Nuwer discovers, reports are emerging of many other strange experiences.
I

In 2011, Mr A, a 57-year-old social worker from England, was admitted to Southampton General Hospital after collapsing at work. Medical personnel were in the middle of inserting a catheter into his groin when he went into cardiac arrest. With oxygen cut off, his brain immediately flat-lined. Mr A died.

Despite this, he remembers what happened next. The staff grabbed an automated external defibrillator (AED), a shock-delivery machine used to try to reactivate the heart. Mr A heard a mechanical voice twice say, “Shock the patient.” In between those orders, he looked up to see a strange woman beckoning to him from the back corner of the room, near the ceiling. He joined her, leaving his inert body behind. “I felt that she knew me, I felt that I could trust her, and I felt she was there for a reason [but] I didn’t know what that was,” Mr A later recalled. “The next second, I was up there, looking down at me, the nurse and another man who had a bald head.”

Hospital records later verified the AED’s two verbal commands. Mr A’s descriptions of the people in the room – people he had not seen before he lost consciousness – and their actions were also accurate. He was describing things that happened during a three-minute window of time that, according to what we know about biology, he should not have had any awareness of. 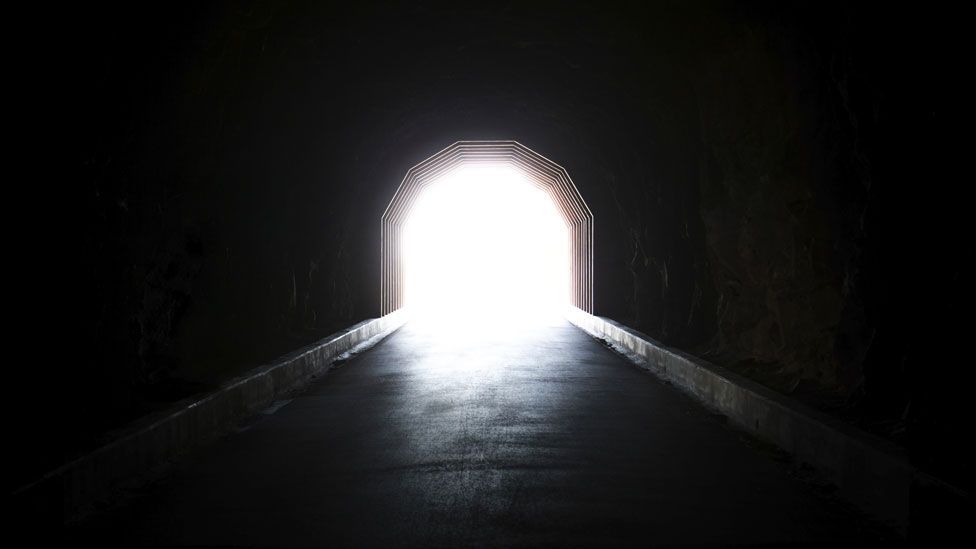 Mr A’s story – described in a paper in the journal Resuscitation – is one of a number of reports that challenge accepted wisdom on near-death experiences. Until now, researchers assumed that when the heart ceases to beat and stops sending vital blood to a person’s brain, all awareness immediately ends. At this point, the person is technically dead – although as we learn more about the science of death, we are beginning to understand that, in some cases, the condition can be reversible. For years, those who have come back from that inscrutable place have often reported memories of the event. Doctors mostly dismissed such anecdotal evidence as hallucinations, and researchers have been reluctant to delve into the study of near-death experiences, predominantly because it was viewed as something outside of the reach of scientific exploration.

But Sam Parnia, a critical care physician and director of resuscitation research at Stony Brook University School of Medicine in New York, along with colleagues from 17 institutions in the US and UK, wanted to do away with assumptions about what people did or did not experience on their deathbeds. It is possible, they believe, to collect scientific data about those would-be final moments. So for four years, they analysed more than 2,000 cardiac arrest events – moments when a patient’s heart stops and they are officially dead.

Of those patients, doctors were able to bring 16% back from the dead, and Parnia and his colleagues were able to interview 101 of them, or about a third. “The goal was to try to understand, first of all, what is the mental and cognitive experience of death?” Parnia says. “And then, if we got people who claimed auditory and visual awareness at the time of death, to see if we are able to determine if they really were aware.”

Mr A, it turned out, was not the only patient who had some memory of his death. Nearly 50% of the study participants could recall something, but unlike Mr A and just one other woman whose out-of-body account could not be verified externally, the other patients’ experiences did not seem to be tied to actual events that took place during their death. 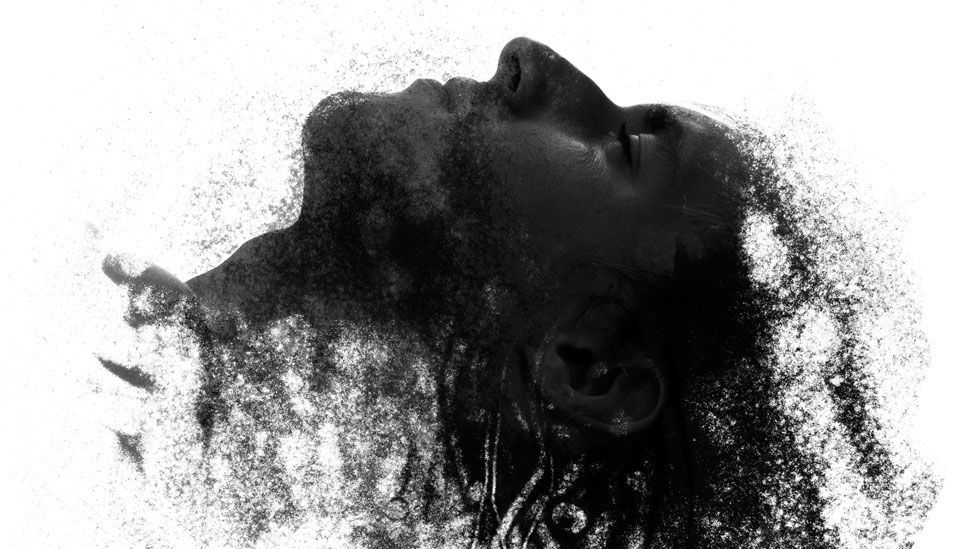 Instead, they reported dream-like or hallucinatory scenarios that Parnia and his co-authors categorised into seven major themes. “Most of these were not consistent to what’s called ‘near-death’ experiences,” Parnia says. “It seems like the mental experience of death is much broader than what’s been assumed in the past.”

Those seven themes were:

These mental experiences ranged from terrifying to blissful. There were those who reported feeling afraid or suffering persecution, for example. “I had to get through a ceremony … and the ceremony was to get burned,” one patient recalled. “There were four men with me, and whichever lied would die … I saw men in coffins being buried upright.” Another remembered being “dragged through deep water”, and still another was “told I was going to die and the quickest way was to say the last short word I could remember”.

Others, however, experienced the opposite sensation, with 22% reporting “a feeling of peace or pleasantness”. Some saw living things: “All plants, no flowers” or “lions and tigers”; while others basked in the glow of “a brilliant light” or were reunited with family. Some, meanwhile, reported a strong sense of deja-vu: “I felt like I knew what people were going to do before they did it”. Heightened senses, a distorted perception of the passage of time and a feeling of disconnection from the body were also common sensations that survivors reported.

While it is “definitely clear that people do have experience at the time that they’re dead”, Parnia says, how individuals actually choose to interpret those experiences depends entirely on their background and pre-existing beliefs. Someone from India might return from the dead and say they saw Krishna, whereas someone from the Midwest of the US could experience the same thing but claim to have seen God. “If the father of a child from the Midwest says, ‘When you die, you’ll see Jesus and he’ll be full of love and compassion,’ then of course he’ll see that,” Parnia says. “He’ll come back and say, ‘Oh dad, you’re right, I definitely saw Jesus!’ But would any of us actually recognise Jesus or God? You don’t know what God is. I don’t know what God is. Besides a man with a white beard, which is just a picture.

“All of these things – what’s the soul, what is heaven and hell – I have no idea what they mean, and there’s probably thousands and thousands of interpretations based on where you’re born and what your background is,” he continues. “It’s important to move this out of the realm of religious teaching and into objectivity.”

So far, the team has uncovered no predictor for who is most likely to remember something from their death, and explanations are lacking for why some people experience terrifying scenarios while others report euphoric ones. Parnia also points out that it’s very likely that more people have near-death experiences than the study numbers reflect. For many people, memories are almost certainly wiped away by the massive brain swelling that occurs following cardiac arrest, or by strong sedatives administered at the hospital. Even if people do not explicitly recall their experience of death, however, it could affect them on a subconscious level. Parnia hypothesises that this might help explain the wildly different reactions cardiac arrest patients often have following their recovery: some become unafraid of death and adopt a more altruistic approach to life, whereas others develop PTSD.

Parnia and his colleagues are already planning follow-up studies to try to address some of these questions. They also hope their work will help broaden the traditionally diametric conversation about death, breaking it free from the confines of either a religious or sceptical stance. Instead, they think, death should be treated as a scientific subject just like any other. “Anyone with a relatively objective mind will agree that this is something that should be investigated further,” Parnia says. “We have the means and the technology. Now it’s time to do it.”