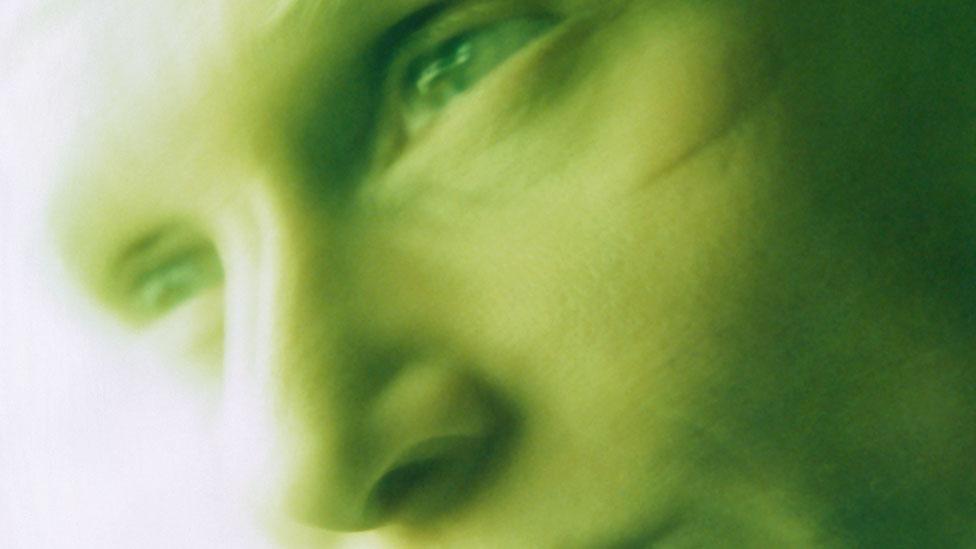 At first, Nick Hess didn’t really know what was happening. “It was weird, I’d eat some carbs and all of a sudden I was goofy, vulgar.”

He would get inexplicably sick, with stomach pains and headaches. “Every day for a year I would wake up and vomit,” he says. “Sometimes it would come on over the course of a few days, sometimes it was just like ‘bam! I’m drunk’.”

No alcohol had passed his lips, but not everyone believed him. At one point, his wife searched the house from top to bottom for hidden bottles of booze. “I thought everyone was just giving me a rough time, until my wife filmed me and then I saw it – I looked drunk.”

Hess would come to realise that he suffers from “auto-brewery syndrome”, a very rare and somewhat controversial medical condition in which an overgrowth of yeast in the gut turns carbohydrates from food into excess alcohol in the blood. What’s it like to live with this odd condition? And if it turns out that many people are being mistaken for alcohol-abusers by everyone from their friends to the courts, what should we do about it? 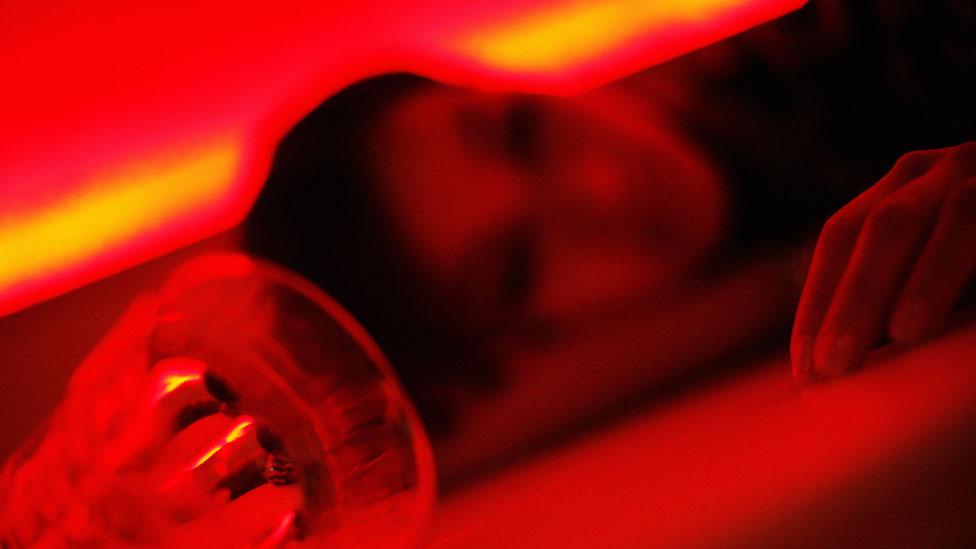 Evidence of experiences like Hess’s can be traced back to the 1970s, when researchers in Japan described a mysterious condition in patients with chronic yeast infections. In papers published at the time, the researchers described how all of these patients had an abnormal liver enzyme, which meant that they weren’t great at getting rid of alcohol from the body.

Everyone has a little bit of yeast in their guts, and when it interacts with carbohydrates and sugar from our food, it produces tiny amounts of alcohol. In the case of the Japanese patients, the extra yeast from the infection and the fact they ate lots of carbohydrate-rich rice, combined with the abnormal liver enzyme, meant they couldn’t process the alcohol quick enough.

Nowadays, it’s Barbara Cordell, head of nursing and health sciences at Panola College in Texas, who is investigating the condition. She and her colleague Justin McCarthy, were the first to identify the disorder in an otherwise healthy individual in the US, and verify it in a controlled environment. Her interest began in 2005 after a friend of hers – let’s call him Joe – began experiencing symptoms of drunkenness. He was dizzy, nauseous and moaned of exhaustion – just like you feel after a night on the tiles –  despite claiming that he hadn’t touched a drop of the hard stuff. 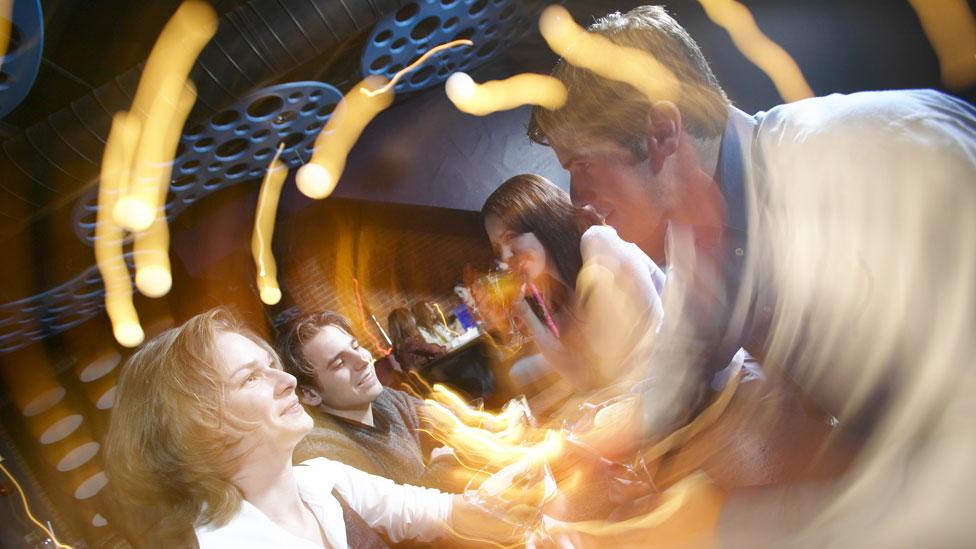 "They all drank a glass of wine...Joe’s result was three times higher than any of the others" (Thinkstock)

His wife began taking notes each time it happened. On one occasion, Cordell remembers sitting around a table with the two of them and their son, administering a breathalyser test. They all drank a glass of wine and took another test. Joe’s result was three times higher than any of the others around the table.

“It was so mysterious, just completely baffling” Cordell says. The problem continued to get worse and by 2010 Joe was having two to three episodes of spontaneous drunkenness a week.

In January that year, Joe was admitted to hospital under strict 24-hour observation. Doctors, suspicious that Joe was just a closet alcoholic, inspected his belongings to check he hadn’t smuggled in any alcohol, and nobody but the doctors and nurses were allowed access to him during his stay. Joe was fed a high carbohydrate diet throughout the day and blood was drawn every two hours. At one point during the afternoon Joe’s blood alcohol levels rose to 120 mg per 100 ml of blood – for an average sized man, that’s the equivalent of having drunk seven shots of whisky. 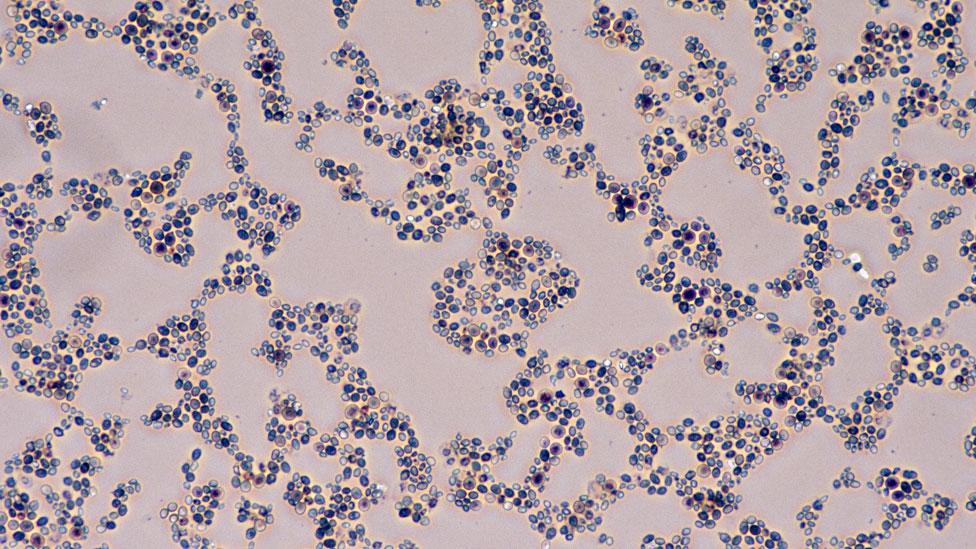 If you have too much yeast in your belly, strange things start to happen (SPL)

Joe was fortunate to know a researcher who could investigate his condition, but Hess wasn’t so lucky. He suffered for years, and he had almost given up hope. He’d seen every doctor in the book, had every colonoscopy, endoscopy, and liver function test they could give him. Luckily, his wife persevered and in the dead of the night came across some information Cordell had written about Joe and his weird condition online.

They got in touch with her and another doctor, Anup Kanodia, who were both now working on auto-brewery syndrome. Kanodia analysed Hess’s stool samples, and performed genetic and microbial tests to help clarify what was going on in his gut. “He had 400% more yeast in his gut than he should do,” says Kanodia. “It was the highest amount of yeast I’ve ever seen in one person in my entire career.”

Since then, about 50 people have come forward claiming to have a similar condition, although Cordell expects the true number of cases in the US might be double that.

The problem is, rarely do any of these people have the abnormal liver enzyme that you see in the Japanese case studies. So what’s going on? Cordell explains their current working theory: “The problem arises when the yeast in our gut gets out of hand. Bacteria normally keep the yeast in check, but sometimes the yeast takes over.” 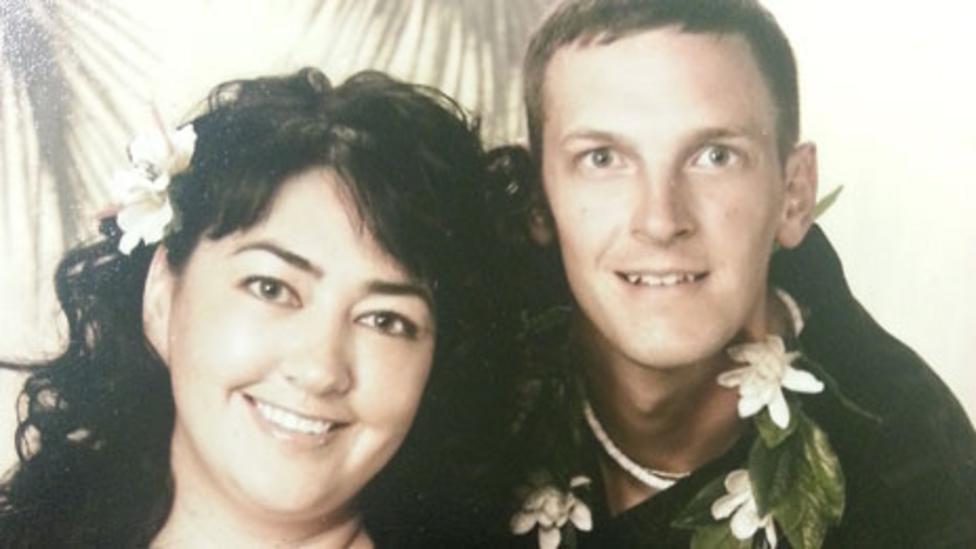 When you look at the gut environment of people with auto-brewery syndrome you always find abnormally large numbers of yeast, most commonly a strain called Saccharomyces cerevisiae - what beer makers call “brewers yeast”.

She says that often these people can pinpoint the start of the condition and find it coincides with a period of long-term antibiotic use. It’s likely that this wipes out their bacteria for a sustained period of time, giving the yeast a chance to take hold. It’s not yet clear though, she says, why we don’t see this problem happening more often when people are on antibiotics for a long time.

Forensic toxicologist Wayne Jones needs a little more persuading. He recently retired from the Swedish National Board of Forensic Medicine in Linköping, Sweden, after 40 years of medical experience,. He says that any alcohol that we produce in the gut through the breakdown of carbohydrates has to pass through the liver before it comes out into the blood circulation. In the liver, we have enzymes that process alcohol so that almost all of it is removed from the blood, so-called first-pass metabolism.

Because of this process, Jones is not yet convinced that people can produce enough alcohol in their blood merely from a yeast imbalance alone to have any medical or forensic significance – aside from the few exceptional cases in Japan. “Those are the only cases I know that have any substance,” he says.

He’s given this opinion in court on several occasions as an expert witness in cases where a lawyer of a defendant caught drink-driving has claimed that their client has undiagnosed auto-brewery syndrome. “Several people over the years have claimed that the alcohol measured in their blood wasn’t caused by drinking beer, whisky or wine but by the body itself,” he says. 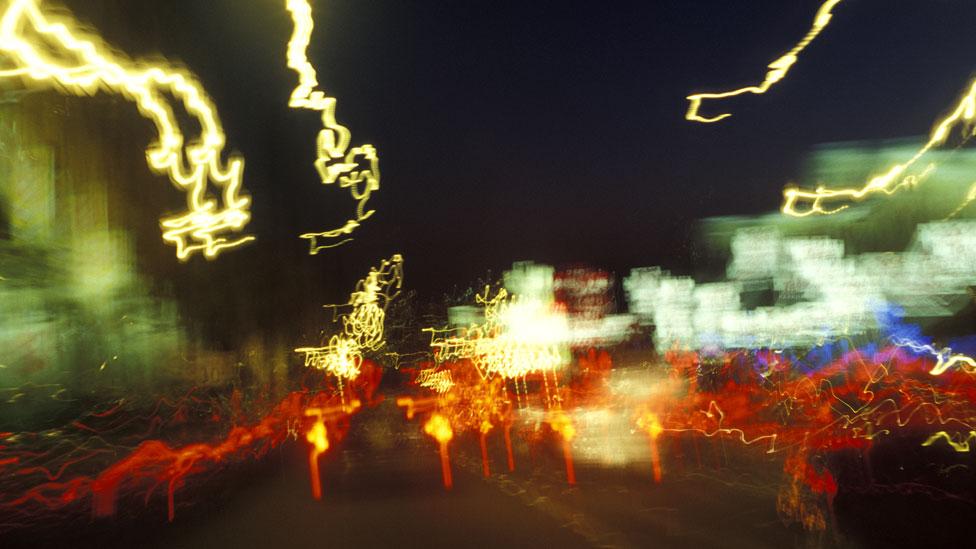 What should the courts do about drink-drivers with auto-brewery syndrome? (Thinkstock)

A couple of years ago in Sweden, one such defense was accepted for the first time by a judge in the lower courts. The prosecution appealed, however, and Jones was asked to step in to give evidence. The driver was later found guilty of driving under the influence of alcohol.

Hess himself is currently attempting to appeal a drink-driving charge he received in Hawaii, which he blames on his condition.

I showed Jones the most recent paper written by Cordell about her friend Joe’s stay in hospital. He said he’d like to see more information reported about the methods that the doctors used to measure alcohol in the patient’s blood, and how much carbohydrates he was fed. He would also like to see studies on the time-course of formation and degradation of this gut-produced alcohol.

“I don't want to say that the study by Cordell is wrong, but I would like to see much more detailed information before I accept the findings as a proven fact,” he says.

Cordell acknowledges that much more research needs to be done. She’d like to do genetic and further metabolic analysis of her patients, for starters. “Ultimately, I’d just like doctors to keep an open mind if someone comes to them with these symptoms,” she says.

For Hess and Joe, anti-fungal drugs and a diet low in carbohydrates and sugar have helped them to mitigate most of their symptoms. “I still have one or two episodes a month,” says Hess, “but it’s nowhere near as bad as it was. I have my wife to thank for that. She carried on searching for an answer when I was ready to give up. I’m so grateful to her.”

In Depth
1What it’s really like to die
In Depth
2Most mind-bending kids' tale ever
BritLab
3Is it bad to crack your knuckles?
Ultimate Limits
4How long can we stay awake?
Around the BBC