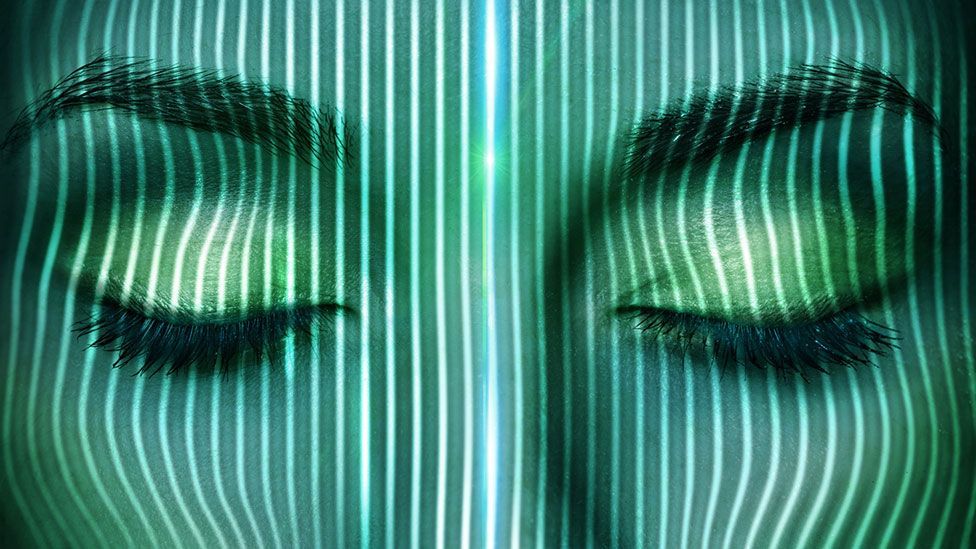 By Lesley Evans Ogden 13th March 2015
Blind-deaf people are often forced to live in a small and isolated world. But can a new glove open the way for easier communication? Lesley Ogden Evans reports.
I

It’s good to keep in touch – something that Edi Haug and Laura Schwengber know only too well. The pair have been friends since childhood. Within the first year of their friendship, nerve damage inflicted by an inherited genetic condition robbed Haug of his sight and hearing. He was nine. But children are natural innovators. “We started to invent languages and forms of communication just because we were kids and we wanted to play,” says Schwengber. “It was annoying that he couldn't hear me, and I couldn't write something down,” she says. So the two invented their own tactile language.

As Haug and Schwengber grew older, they replaced their private language with one that is more widely understood: Lorm, a tactile alphabet spelled out with strokes to the hand. It was invented in the nineteenth century by Hieronymus Lorm – an anonymous pseudonym, for Austrian-born poet, journalist, and novelist Heinrich Landesmann – and is still used today by the deaf-blind community in German-speaking countries. 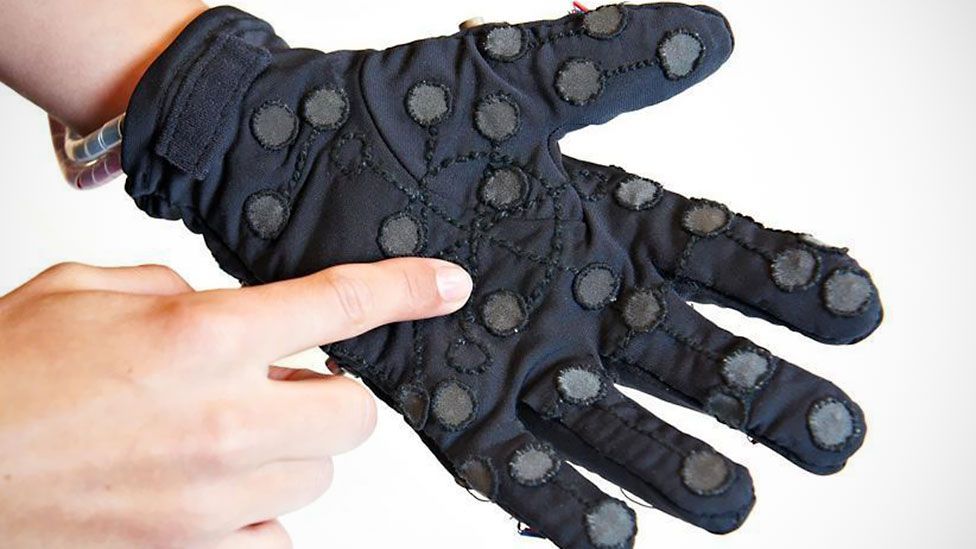 It’s difficult to overstate the importance of Lorm to Haug and Schwengber. But Lorm, and other forms of tactile signing, have their limits. A reliance on physical contact between communicators has historically constrained the social circles of the deaf-blind to those they can meet face-to-face (or more accurately hand-to-hand) on a regular basis – and even within this relatively small group of people, only those who take the time to learn and practice Lorm can really become part of a deaf-blind individual’s social network.

For instance, Haug’s social circle currently consists of about five people: his mother, Schwengber, teachers, and therapists. Once a year he spends about 10 days visiting relatives in Stuttgart in Southern Germany. “The first five days they need to practice Lorming, so they can remember the letters, and by the tenth day when they are quite fast, it's time to go back home,” explains Schwengber.

But these drawbacks might soon disappear, if a new invention by Tom Bieling is commercialised.

Bieling, a researcher at the Design Lab in Berlin, has developed a glove kitted out with fabric pressure-sensors. By translating a tactile hand touch alphabet into digital text, the mobile glove could eliminate the necessity of hand-to-hand physical contact for deaf-blind communication. Even better, because a great deal of online communication is text-based, the glove could act as a translating device that allows people who are deaf-blind to communicate freely with anyone – and for anyone to communicate with them.

It's an invention reminiscent of the outlandish gadgets seen in James Bond movies, and it won Bieling first prize in the 2014 Falling Walls Lab competition – a kind of TED Talks meets Dragon’s Den – held annually in Berlin. 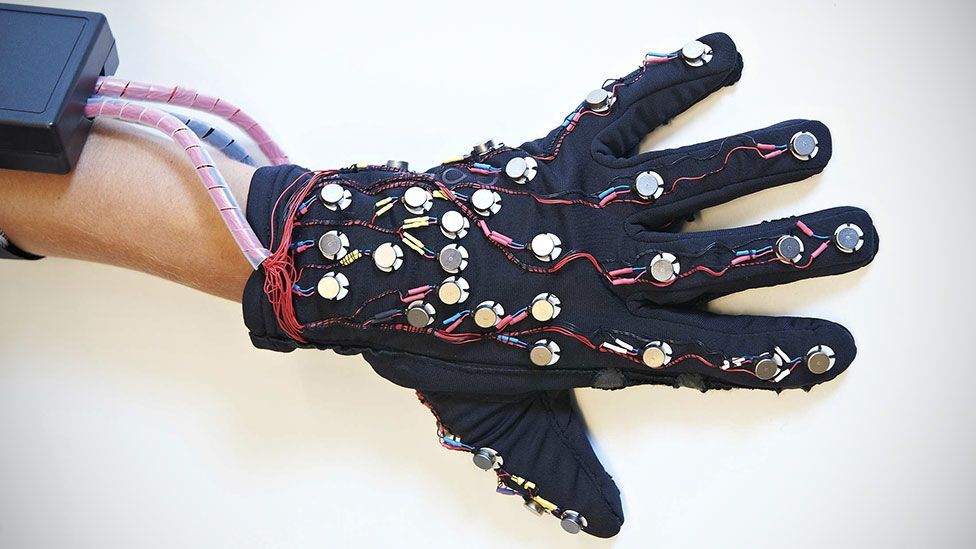 In the current version, users can adjust the intensity and speed of the incoming tactile messages according to their reading skills (Design Research Lab)

The first prototype was made from Gore-Tex fabric and felt much like an ordinary glove, Bieling explains. It’s embedded with small vibrating motors, and “as soon as you receive an incoming message, it starts vibrating on those dots where the letters are positioned”, he says. In the current version, users can adjust the intensity and speed of the incoming tactile messages according to their reading skills.

What’s more, the whole hand area of the glove is now wired for sensory input, “just like a tablet [computer]”, he says. “The system recognises both the position and pattern of the finger movement.” So users can also spell out their own messages.If a sign isn’t “typed” quite correctly, the Lorm glove system recognises the closest symbol – just like a spell checker on your smart phone. For example, a circle in the hand would be an ‘S’, explains Bieling, and even if you type a triangle or a square, the system is clever enough to recognise the letter ‘S’ as the closest correct symbol.

Speaking through Schwengber’s translation, Haug describes the glove prototype as a bit slower than what he is used to in terms of receiving messages. “It’s like his teacher or his mother Lorming,” says Schwengber, compared with her own speedy pace. “But he really likes it,” she says.

Using the glove, “I can send and receive – it’s easy,” says Haug.

Bieling’s project is part of his doctoral studies exploring links between design and ability. He argues that feeling disabled is a question of design – a ramp, for instance, is easy for anyone to ascend, even if they are in a wheelchair. He hopes that his design will enable deaf-blind people to engage with a broader spectrum of their community and “gain access to a broader range of information, thus enhancing their independence”. But he also hopes that gaining knowledge about alternative communication systems can profit everyone.

Haug, now 22, currently lives with his mother in Spreewald, about 100km south of Berlin. He is studying massage therapy in the hopes of pursuing it as a profession. He would like to move to Berlin, explains Schwengber, but it’s a possibility that has thus far eluded him because of the lack of assistance available. The glove could expand Haug’s ability to stay in close touch with those closest to him while living at a distance. But it could do more than that: it could allow him to expand his currently small social circle dramatically.

World in your hands

Lately, Haug, with help from Schwengber, has been having fun on Twitter, a medium enabling him to converse with people who need never know that he is deaf-blind. On social media, Haug is “just a person behind the Twitter account saying something”, explains Schwengber. Haug describes it as a bit like playing carnival, because “you just mask up and say anything you want”, translates Schwengber. “Content matters, not the person,” she explains. So Haug gets a kick out of the reaction from followers when he Tweets amusing things, something he’d be able to do more easily and independently with his own Lorm glove.

Asked about the first thing he would say with a Lorm glove of his own, Haug says he would talk to his cousin in Stuttgart and ask him if he can remember the name of an interesting film they recently spoke about. (Schwengber and Haug often go to the cinema – where Schwengber simultaneously translates the movie for Haug via Lorm).

Most of us take for granted the digital revolution and the amazing new connections it has offered. For those constrained by a barrier of unseen sights and unheard sounds, it was once unexplored territory – but with the Lorm glove, they might just have that world in the palm of their hands.