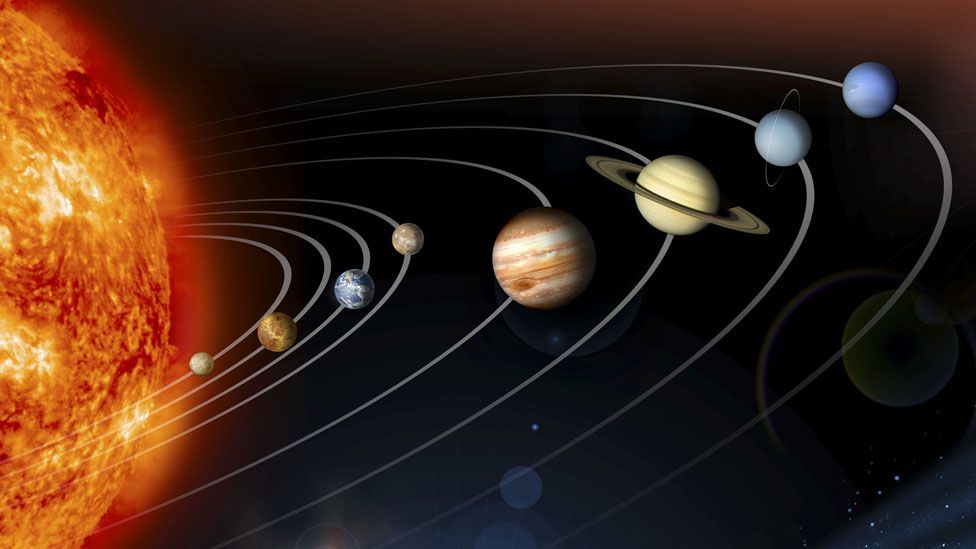 By Philip Ball 20th March 2015
Science inspires music more often than you might think. Philip Ball compiled a playlist of the good, the bad and the far-out.
I

In February 1930, a young astronomer called Clyde Tombaugh confirmed what some researchers had suspected for some time: the solar system was home to a ninth planet, orbiting far beyond Neptune. The discovery was met with an enthusiastic reception, as people the world over began offering up names for the new rock. Eventually, Pluto – the suggestion of an 11-year-old girl from the UK – won out.

But one man might have been forgiven for not welcoming the discovery. Between 1914 and 1916, Gustav Holst wrote his famous Planets suite. He lived until 1934 – but evidently he lacked the energy to bring his composition up to date in his final years. In fact, it wasn’t until 2000 that The Planets gained an additional piece.

British composer Colin Matthews was asked by the Halle Orchestra to write an addendum for the planet Pluto. The new piece was well received – but barely six years after it was premiered, the International Astronomical Union elected to demote Pluto from its planetary status, making Matthews’ work redundant.

The tale of Holst and Matthews might be seen as a warning for any artist or musician tempted to explore science through their work. Discoveries are continually shifting our knowledge of the world. Plenty of musicians have sought to capture scientific ideas and themes in their works, from Kate Bush to glam rockers. So, how successful have they been? 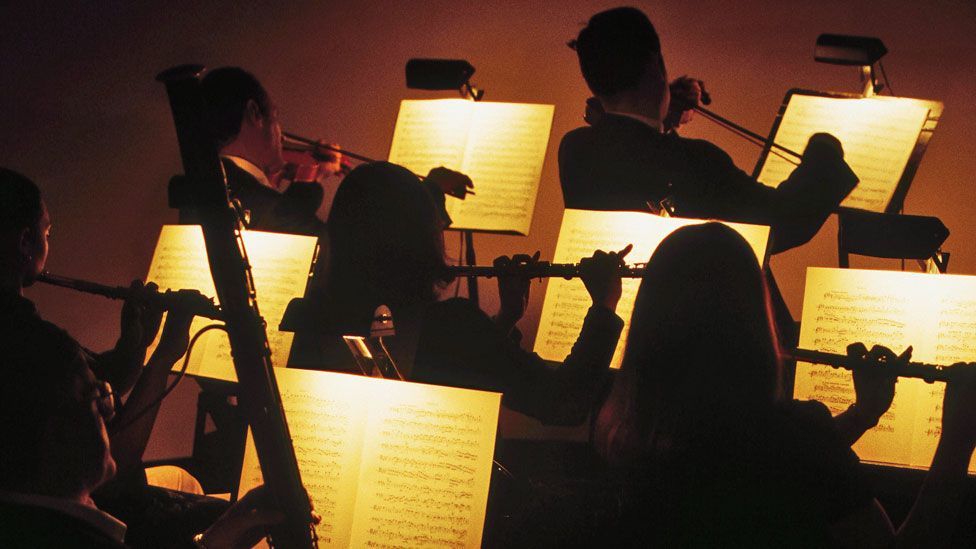 Stick to timeless mathematical or scientific principles and you’d think you can’t go far wrong. There is an old alliance between music and mathematics – and by extension astronomy – that stretches back to the ancient notion of musica universalis, the “harmony of the spheres”.

Many composers, from Mozart to Bartok, have embodied mathematical principles of proportion and symmetry in their work. Bartok was particularly entranced by the so-called Golden Mean, the proportion of about 1.618 that crops up in natural forms and patterns – from the logarithmic spirals of snail shells to the arrangements of seeds in a sunflower head. This ratio appears in compositions such as Music for Strings, Percussion and Celesta (see below) and Sonata for Two Pianos and Percussion, although whether listeners can detect it is another matter.

More recently, Kate Bush used fundamental mathematical principles to inspire her song Pi, in which she sings each of the digits of that number in order (3.1415926…). It will never lose its scientific accuracy.

But not all scientifically inspired music is based on principles that endure. When the American composer John Adams wrote his 2005 opera Doctor Atomic about the nuclear physicist Robert J Oppenheimer, he found his work criticised by the then president of the American Physical Society, Marvin Cohen.

The changing nature of science is particularly problematic for musicians who deliberately choose to pursue a pedagogical agenda. Among the best of these musical science educators are Brooklyn-based They Might Be Giants, who make geekishness their schtick (“Installing and servicing melody since 1982”). Songs and accompanying videos like Science is Real makes science friendly and fun.

But even as the group’s scientific knowledge grew, they felt compelled to revisit – and correct – their earlier work. Their 1993 song Why Does the Sun Shine? (The Sun Is a Mass of Incandescent Gas) inspired a 2009 follow-up Why Does The Sun Really Shine? (The Sun is a Miasma of Incandescent Plasma) – including a refreshingly honest reference to the earlier piece: “Forget that song, they got it wrong”.

Others have managed to future-proof their work to some extent. Probably the most famous of all scientific music tracks is Tom Lehrer’s song The Elements, in which all of the then-known elements are listed. It’s an exercise in mental and verbal dexterity set to Arthur Sullivan’s music. And it ends: “These are the only ones of which the news has come to Harvard/And there may be many others, but they haven't been discovered.” He should perhaps have said “created”, given that the periodic table is now being extended with artificial elements.

Another successful approach is to revel in the scientific past and present. At the ridiculous end of the spectrum, Sweet’s Alexander Graham Bell uses the telephone pioneer to explore the theme of love at a distance.

And moving into the more sublime frequencies, in her 2011 album Biophilia, Björk hoped to instil in listeners a sense of reverence for the living world around us, and its foundations in DNA – an objective that later brought her into bemused but genial conversation with the veteran natural history presenter David Attenborough.

The space rock of the 1960s and 70s used scientific themes and ideas as inspiration in a very general way, from Pink Floyd’s Astronomy Domine to David Bowie’s Space Oddity. Nothing comes closer to evoking the weird grandeur of the cosmos than Hawkwind’s instrumental, Spiral Galaxy 28948.

“The group that should have written Star Wars,” according to Mark Bolan, Hawkwind’s 1977 album Quark, Strangeness and Charm, with its cover showing strange events afoot in a laboratory behind the backs of distracted or dozing scientists, proved that rock’s love affair with science wasn’t necessarily po-faced. As the title track had it, “Einstein was not a handsome fellow/Nobody ever called him Al”. (Unfair perhaps: Einstein’s own musical gifts on the violin led one female admirer in his early life to declare “He had the kind of male beauty that could cause havoc”.)

US composer Philip Glass also took inspiration from the famous physicist, in his 1975 opera Einstein on the Beach.

But although Glass took Einstein as a key reference point, he never tried to engage closely with his theories of quantum physics and relativity. As Glass told me when the opera was restaged in London in 2012, he and his collaborator – theatre director Robert Wilson – drew more on the “mythical Einstein”, popularised in books from the 1940s explaining relativity, than on the man himself. Although Glass said that “science has been a hobby of mine my whole life”, he admitted that in this case “Einstein was the clothes-hanger we hung the clothes on.”

Can music ever inspire science though? Perhaps. By some accounts, we have music to thank for inspiring some great scientists, including Einstein again. According to the physicist and historian Arthur I Miller, Einstein regularly turned to Mozart when the going got tough in devising his theory of general relativity, unveiled a hundred years ago this year. “Whenever he felt that he had come to the end of the road or into a difficult situation in his work, he would take refuge in music,” his eldest son Hans Albert recalled. “That would usually resolve all his difficulties.”

Today, some scientists wonder if the finely attuned pattern-seeking capabilities of the brain, which enable us to appreciate music, might be commandeered to help us make sense of complex data – perhaps to find regularities that are not evident to the eye or even to ordinary mathematical analysis. Some have constructed algorithms for rendering the sequences of chemical constituents in DNA or protein molecules in musical form, so that we can “ear-scan” the data rather than “eyeballing” it. “Musicalising” DNA has been pursued in more freeform ways too. Others have transformed the sequence of prime numbers among the integers (see below), or the related mathematical series called the zeroes of the Riemann function, into music.

It’s possible that listening to music can hone the brain into an exquisite instrument for digesting information. So a youth spent listening to Hawkwind might not have been misspent after all.

What’s more, the patterns in music make it a potentially universal medium. Nasa has interpreted this very literally. When the US space agency’s Voyager mission launched in 1977, it carried with it two “golden records” packed full of music. 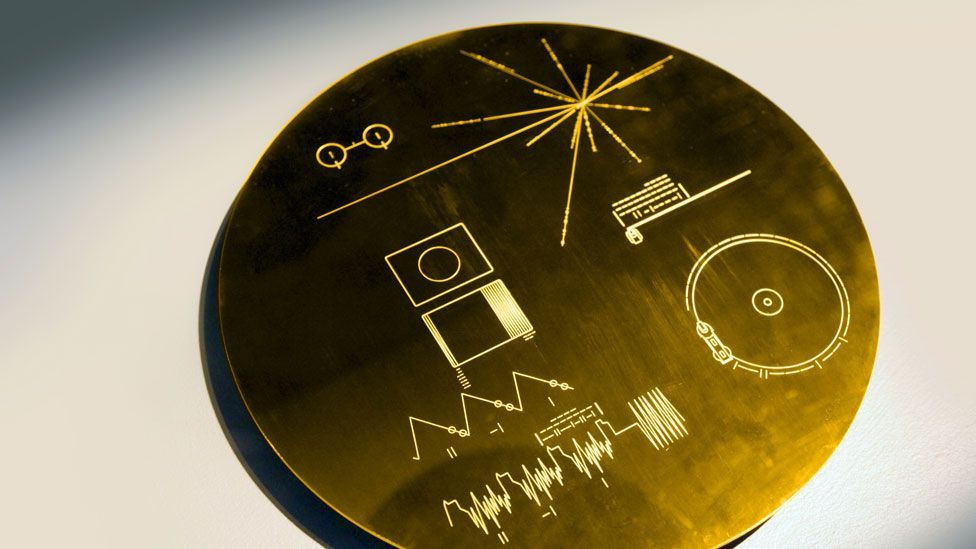 Which brings us back to Holst and his Planets. Last November the Queensland Symphony Orchestra performed the suite in Brisbane, but with a twist. It also featured the “Voyager Violin Concerto”, inspired by the Nasa spacecraft.

Voyager actually left the Solar System a couple of years ago, according to Nasa, so the piece may not become a regular fixture.

But Colin Matthews’ paean to Pluto still might: a different Nasa spacecraft is due to begin orbiting Pluto later this year, and there are hopes that the scientific data it gathers will convince the International Astronomical Union to restore its planetary status. There are even rumours that Ceres – the largest object in the asteroid belt, and currently being examined by the Nasa spacecraft Dawn – could become a 10th planet of our Solar System. Composers, sharpen your quills…

This group should have written Star Wars

Space Station
1Space like you've never heard it
World-Changing Ideas
2How the internet is changing art
Technology
3Are computers ruining music?
BritLab
4Can music make you smarter?
Around the BBC