It is 50 years since Nasa’s first manned Gemini spacecraft flew into orbit. Richard Hollingham looks back on one of the space race’s most daring – and hair-raising – missions.

On 5 June 1966, 200 kilometres above Australia, Gene Cernan was attempting to activate one of the most ill-conceived, badly designed and dangerous pieces of equipment ever flown in space.

The Astronaut Manoeuvring Unit (AMU) was a James Bond-style rocket-powered backpack. To put the AMU on, Cernan had to leave his Gemini capsule, spacewalk around to the rear section, unfold struts and arms, activate a complex series of fuel and oxygen valves – most out of sight in the near-darkness – before strapping himself in. 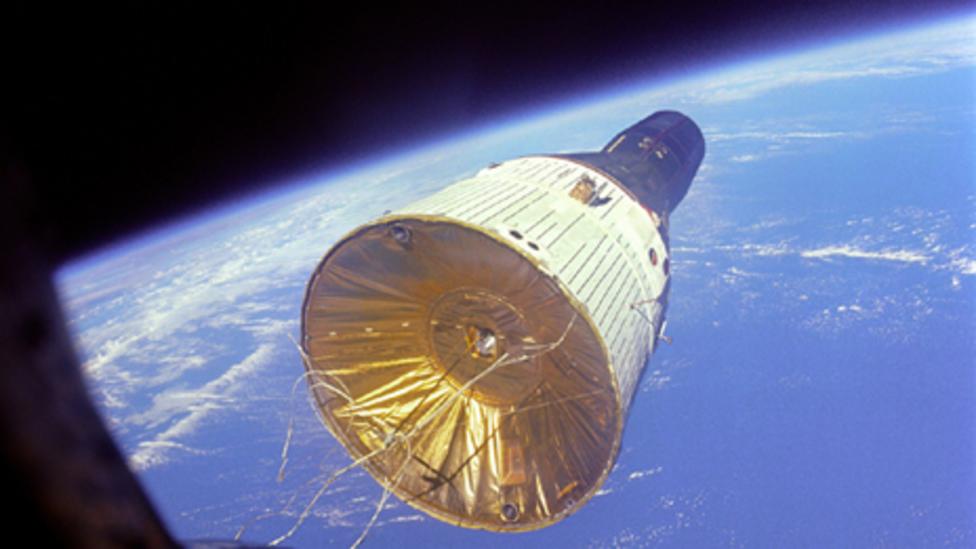 He was issued with woven chainmail trousers for protection against the rocket’s exhaust.

“It was a real rocket, powered by hydrogen peroxide,” says Cernan. “They had one of these rocket nozzles coming right up between my legs – that should have raised some questions to start with.”

Breathing heavily, with his suit overheating and visor fogging up, the astronaut struggled to get the contraption to work. He later termed the experience “the spacewalk from hell”.

“You’re handicapped out there in a pressure suit that doesn’t give you much mobility, travelling around the world at 18,000mph (28,800km/h) and can’t see,” he says. “Needless to say, that got my attention.”

Fortunately for Cernan, preparing the AMU was so onerous that the procedure was aborted by mission control before the astronaut could switch the machine on. He eventually made it back into the spacecraft although, thanks to his cumbersome metal trousers, had to painfully squeeze himself down into the seat to shut the hatch.

This was by no means the only near-miss during the short-lived Gemini space programme. From malfunctioning thrusters that caused violent spinning, to docking modules that failed to deploy and ejector seats that shredded test dummies, the Gemini missions saw more than their fair share of mishaps. 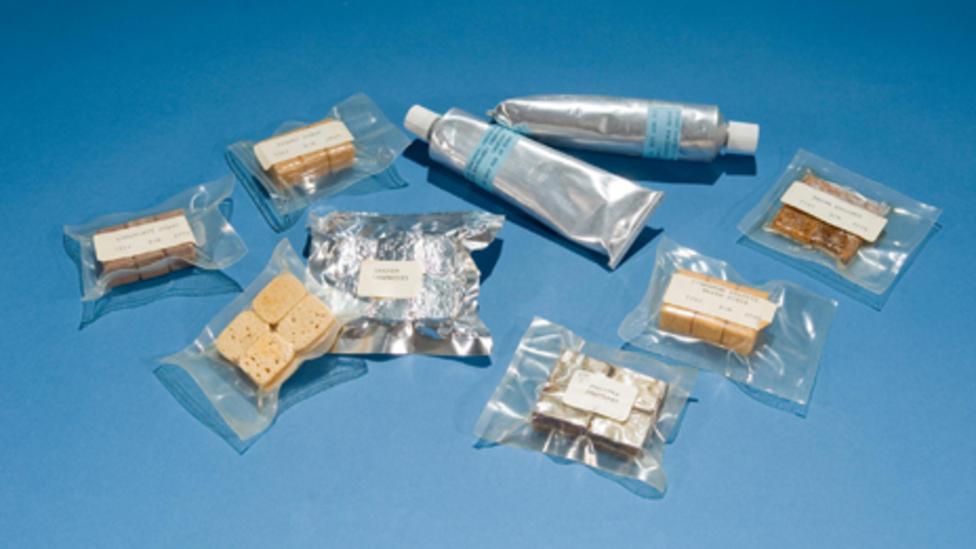 All the more surprise then that the crews made it back to Earth safely. Cernan would return to space twice in Apollo and go down in history as the last man on the Moon.

The 12 (10 of them manned) Gemini missions were carried out over a period of just two-and-a-half years – between Nasa’s pioneering Mercury flights and the Moon landings – to test the technology to deliver people to the lunar surface and return them safely to Earth.

‘Every flight was a challenge’

Gemini demonstrated spacewalks, how to dock two spacecraft and the challenges of living in orbit for long periods. The flights tested space food, life support and fuel cells. Together they rank among the most exciting seat-of-the-pants missions ever undertaken. 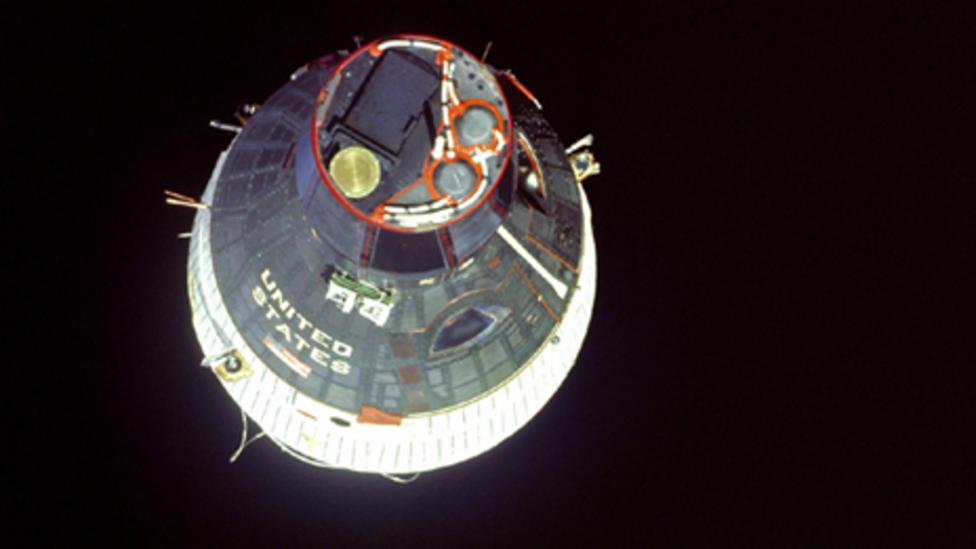 Designed to carry two astronauts into orbit, Gemini looks unlike any other spacecraft before or since. Inside the cone-shaped capsule are two seats, an instrument panel and central control console, much like the layout of a car. Above each seat is a hatch, which astronauts could open to leave the craft for spacewalks.

In fact the best way to appreciate what a Gemini mission was like is to put on a spacesuit and lock yourself in the front of your car with a work colleague for up to two weeks. There was no toilet, so you will need some plastic bags.

“It’s a very small space,“ says Ed Stewart, director of exhibits and curation at the Space and Rocket Center in Huntsville, Alabama as we stand in front of one of the capsules. “You could equate it to the driver and passenger seat of a VW Beatle.”

The museum’s Gemini capsule is one of the original mission simulators. Every Gemini astronaut spent hours in this module to practise routines and drill procedures.

“They referred to this as the fighter pilot’s spacecraft,” says Stewart. “The way the seats and windows were orientated made it much more like an aircraft than the previous Mercury capsules.” 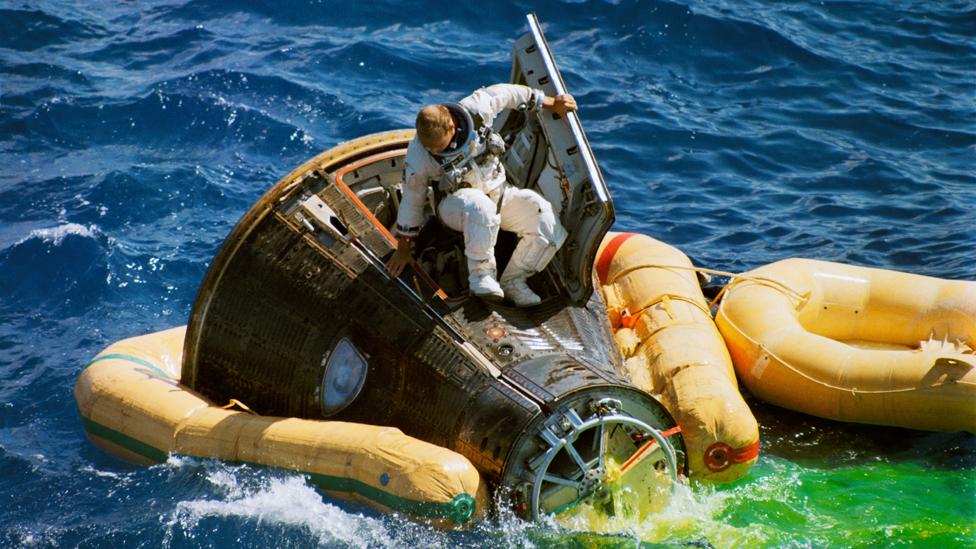 The Gemini capsule was designed to be recovered from the ocean, like the earlier Mercury spacecraft (Credit: Nasa)

This was, after all, a spacecraft designed to be flown. Fitted with an electronic guidance computer (boasting some 12 kilobytes of memory and interchangeable programs on magnetic tape), multiple thrusters and radar, one of the primary missions of Gemini was to prove that two spacecraft could rendezvous and dock in orbit. It’s a feat that involves complex calculations, precise navigation and accurate positioning. Without this capability, Apollo was a non-starter

“Movements on previous spacecraft, such as Mercury and Soviet spacecraft, were pre-determined and not precise,” explains Stewart. “With Gemini they required complete control of the vehicle and this hadn’t been done before.”

The first attempt at orbital rendezvous was supposed to take place between Gemini 5 and an unmanned probe. This had to be abandoned after the spacecraft thrusters failed. The next, planned for Gemini 6, was scrubbed when the target docking spacecraft exploded shortly after launch.

However, because the procedure was so important, Nasa went ahead with the launch of Gemini 7 crewed by Frank Borman and Jim Lovell. Eleven days later on 15 December 1965, Gemini 6 launched with Wally Schirra and Tom Stafford on a mission to intercept. Within six hours, the two spacecraft were flying in formation within 120 feet (36m) of each other. 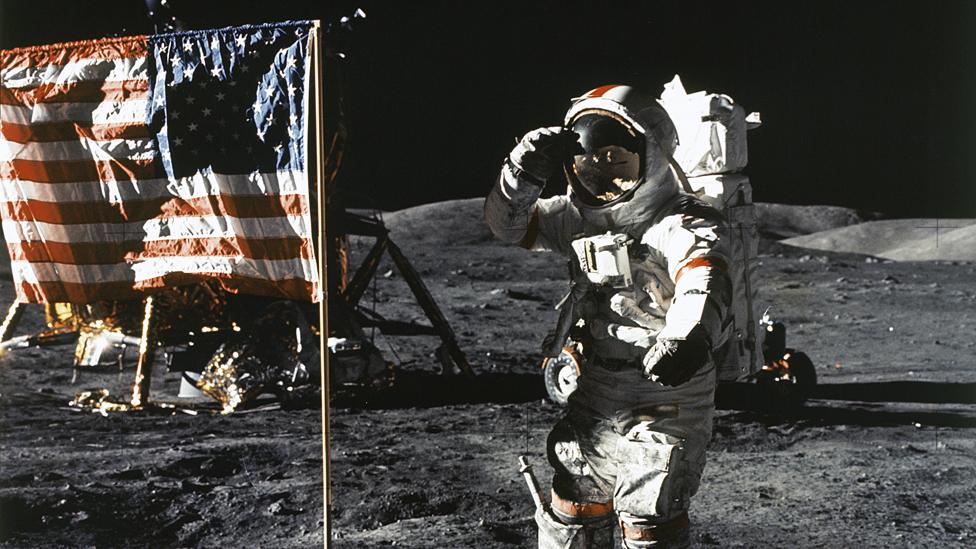 The Gemini programme allowed astronauts such as Gene Cernan (pictured) to reach the Moon (Credit: Nasa/SPL)

As well as its unprecedented technical achievements, the mission is noted for the ‘beat army’ card that naval officer Schirra held at the window of his spacecraft for the benefit of army man Borman in the adjacent capsule. The astronauts also celebrated a sighting of Santa Claus with a rendition of jingle bells on a harmonica. Not the greatest achievement of Gemini, perhaps, but another space first.

Fifty years ago this week, the first Gemini mission was launched. Four-and-a-half years later, men were walking on the Moon.

“It was 1961 that Kennedy challenged us to go the Moon in a decade,” recalls Cernan. “We didn’t know beans about going to the Moon – we had to develop all that technology and answer all those questions we didn’t even have the questions for – but we did it.”

Gemini made the Moon, Shuttle and life on the International Space Station possible and deserves more than a footnote in space history.

Stewart has nothing but admiration for the astronauts who flew Gemini into the unknown. “They were brave, tolerant and brilliant,” he says. “Because it does take a special perspective on life to be able to do this kind of thing.”

For more from Cernan on his “spacewalk from Hell”, listen to this edition of the Space Boffins Podcast. 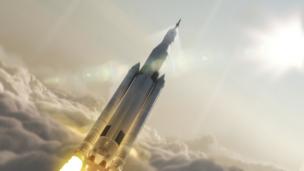 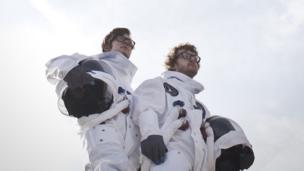 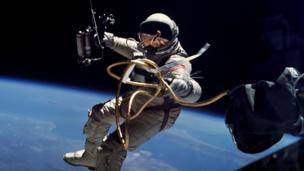 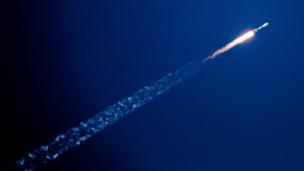