Loading
Ultimate Limits | Brain
What’s the most we can remember?
Share using EmailShare on TwitterShare on FacebookShare on Linkedin 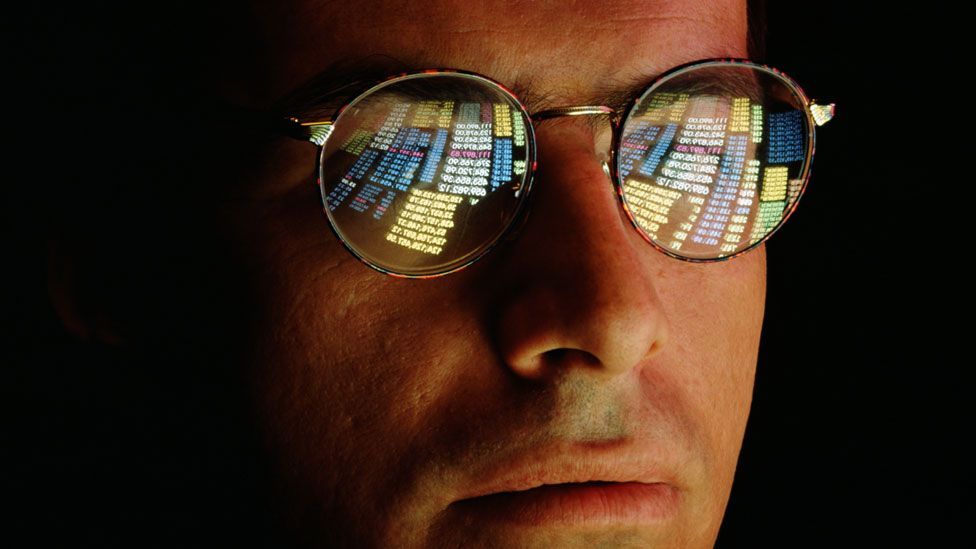 By Adam Hadhazy 2nd April 2015
People with extraordinary memory talents suggest that your mind may be capable of retaining more than you think, says Adam Hadhazy.
U

Unlike digital cameras with full memory cards that cannot snap any more pictures, our brains never seem to run out of room. Yet it defies logic that one adult human brain – a "blood-soaked sponge," in writer Kurt Vonnegut's words – should be able to limitlessly record new facts and experiences.

Neuroscientists have long tried to measure our maximum mental volume. However, what scrambles any simple reckoning of memory capacity is the astounding cognitive feats achieved by dedicated individuals, and people with atypical brains.

Many of us struggle to commit a phone number to memory. How about 67,980 digits? That's how many digits of pi that Chao Lu of China, a 24-year-old graduate student at the time, recited in 2005. Chao uttered the string of numbers during a 24-hour stretch without so much as a bathroom break, breaking the world record.

Savants have pulled off arguably even more amazing performances, capable of astounding feats of recall, from names and dates to the details of complex visual scenes. And in rare instances, injuries to previously healthy people have seemingly triggered "acquired savant syndrome." When Orlando Serrell was 10-years-old, for example, he was struck by a baseball in the left side of his head. He suddenly found he could recall countless licence plates and compute complex calendrical items, such as what day of the week a date from decades ago fell.

How is it that these peoples’ noodles put the average brain's memory to shame? And what do the abilities of pi reciters and savants say about the true capacity of the human brain?

On a quantifiable level, our memory capacity must have some basis in the physiology of the brain. A crude, but perhaps useful metric in this regard: the approximately 100 billion neurons that compose our brains. Only around a billion, however, play a role in long-term memory storage – they’re called pyramidal cells.

If you were to assume that a neuron could merely hold a single "unit" of memory, then our brains would fill to the brim. "If you could have as many memories as neurons, that's not a very big number," says Paul Reber, a professor of psychology at Northwestern University. "You'd run out of space in your brain pretty fast." 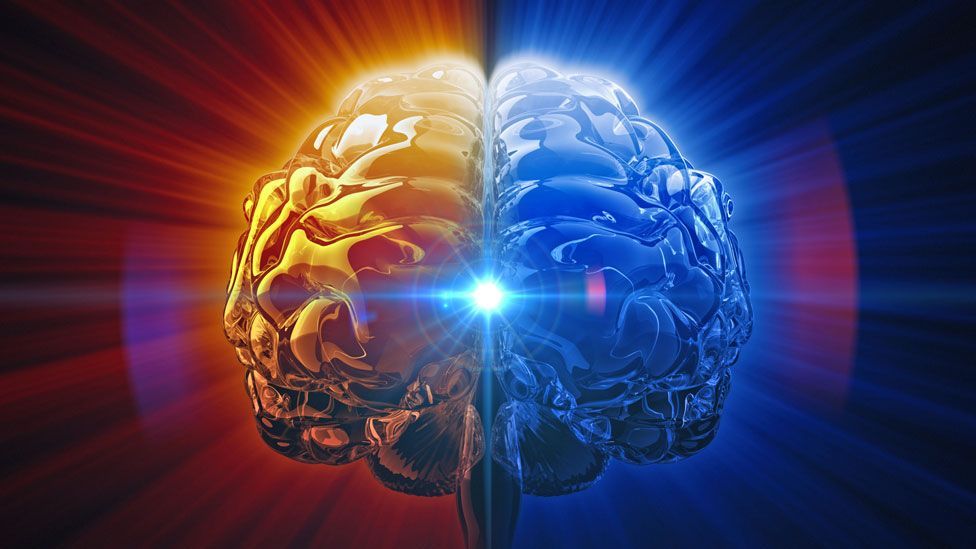 Could it be possible to unlock hidden memory talents? (Credit: Getty Images)

Instead, researchers believe memories form in the connections between neurons and across neural networks. Each neuron sprouts extensions like train lines from a commuter hub, looping in about a thousand other nerve cells neurons. This architecture, it is thought, makes the elements of memories available across the whole tangled web. As such, the concept of a blue sky, say, can show up in countless, notionally discrete memories of outdoor scenes.

Reber calls this effect "exponential storage," and with it the brain's memory capacity "goes through the roof."

"Under any reasonable guess, it gets into the several petabyte range," says Reber. One petabyte equates to 2,000 years-worth of MP3 song files. We don’t yet know exactly how many connections a single memory needs, of course – or even if its storage can be compared to a digital computer at all – so such comparisons should perhaps be taken with a pinch of salt. Suffice to say, according to Reber, "you have tonnes and tonnes of space."

Could people endowed with super-memories, then, have exceptional brains?

The short answer: no. Pi record holders, like Lu, as well as most winners of memory championships swear they are just regular people who have dedicated themselves to training their brains for holding and retrieving selected pieces of information.

Nelson Dellis, a USA Memory Championship winner, says that his memory was actually awful before he became a competitive mental athlete. Practice made all the difference. "Within weeks of training, maybe even less, you're doing something that seems almost impossible to the normal person," says Dellis. "We all have this skill within us."

Several years ago, when Dellis first started his cerebral workouts, it took him 20 minutes to memorise a deck of cards. Nowadays, he can commit to memory all 52 cards in under 30 seconds – in other words, in a single pass. Dellis is trained up to five hours daily on card-counting and other memory competition events ahead of his successful title defence at the 2015 USA Memory Championship on 29 March in New York City. 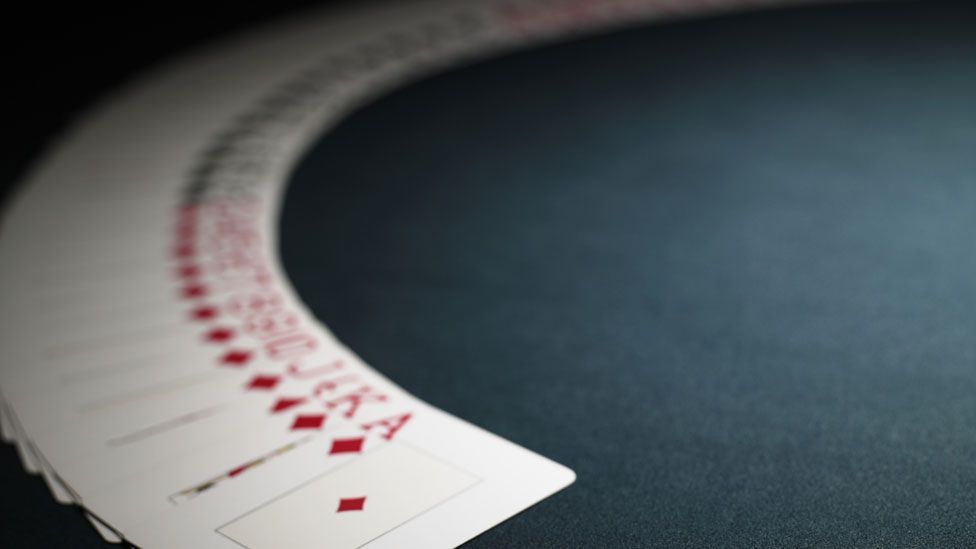 Some people can remember the order of a shuffled pack of cards in 30 seconds (Credit: Thinkstock)

Like other memory champs, Dellis relies on tried-and-true strategies for quickly committing items to memory. One popular trick: the construction of a "memory palace." As Dellis explains, he visualises a dwelling he knows well, such as a house he lived in as a kid. He translates the items he needs to remember into images that are then placed on the table near the door, for instance, then on the kitchen table, and so on. "You mentally navigate yourself through that space and pick up those images you left there and translate them back to what you memorised," Dellis says.

Pi reciters also frequently use the memory palace or similar tactics, like converting chunks of numbers into words strung together into a rambling story.

The widespread success of these memory strategies suggests nearly anyone can become a whiz, if they just set their minds to it. But can you do so without putting in so much ground work? That’s the aim of Allen Snyder, the director of the Centre for the Mind at the University of Sydney. He has controversially proposed that we all may possess an "inner savant" that can be tapped with the right technology.

According to Snyder, the normal human mind operates largely on a high level of conceptual thinking, rather than concerning itself with myriad, low-level details. "We are conscious of the whole and not the parts that make it up," he says. 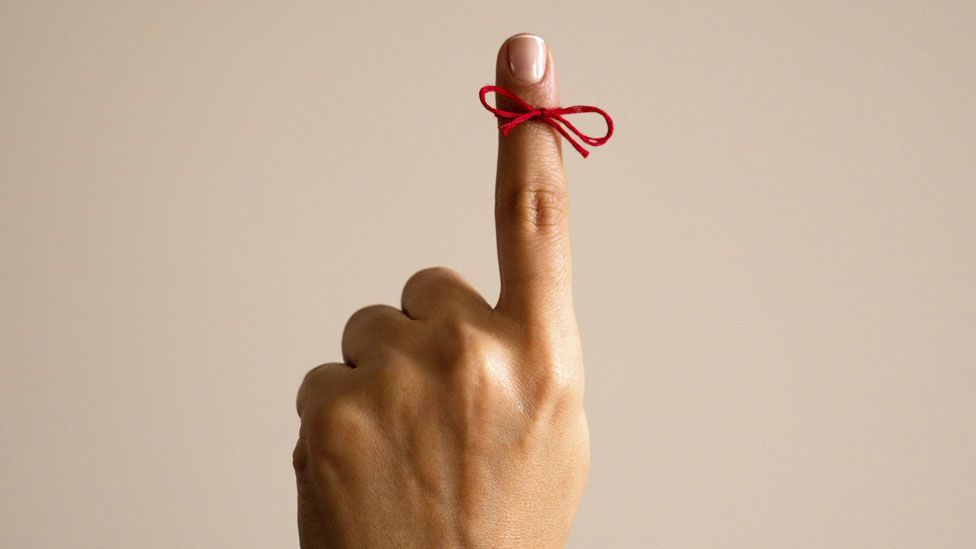 You can learn to remember long strings of numbers... without resorting to string (Credit: Thinkstock)

As a snap demonstration of our built-in mental programming for conceptualisation, Snyder ran an experiment with his colleagues. He tasked them with remembering a long shopping list with items like steering wheel, windshield wipers, headlights, and so on. "People were terrible at remembering the list," Snyder says, but invariably they told him he had said "car," when, in fact, he had not. "They assembled the parts."

It seems plausible that evolution could have honed our brains to work in this manner. For example, rather than obsessing over every little detail of a lion's face, like the tint of each hair, our brain quickly surmises that –boom! – this is a predator and we need to react, fast.

In other words, most of the data our senses transmit to the brain are not elevated to a conscious level. In savants, however, this higher-level conceptual thinking does not kick in, affording them "privileged access" to a deluge of details. When remembering the shopping list, for instance – they would remember the individual parts (headlights, wipers and so on) without pouncing on the overall concept – the car. Cases of acquired savant syndrome, like that of Serrell, the boy who was struck by a baseball, prompted Snyder to search for a physiological basis for the phenomenon. The left anterior temporal lobe, above our left ear, emerged as a candidate brain region. Researchers have noted its dysfunction in autism and savant syndrome, as well as in elderly dementia cases accompanied by newfound artistic and musical abilities. (The region also corresponds to the site of Serrell's boyhood trauma.) 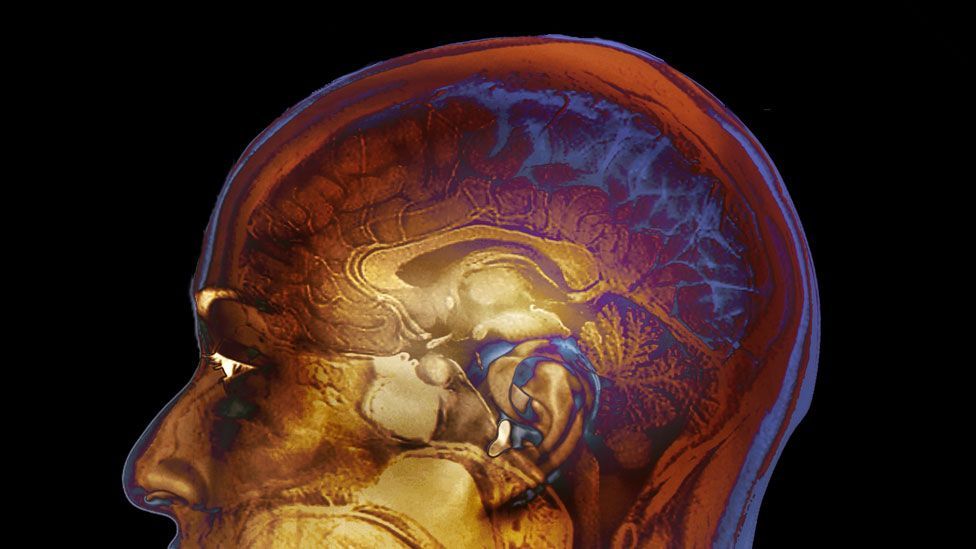 Can you measure a brain by counting neurons? Not really (Credit: SPL)

Despite Snyder’s ambitions, anyone hoping for a fast track to genius will have to wait a while, though. It is entirely possible that other factors, such as increased confidence or alertness, given the presence of a futuristic gizmo on subjects' heads, led to the apparent brain gains. What’s more, the tasks at hand have been relatively modest (Snyder has yet to test the extremes of long-term memory, for instance), so his volunteers’ improvements hardly reach the dizzying heights of acknowledged savants like Serrell.

Given these limitations, some scientists have scoffed at Snyder’s claims; although there is a growing interest in the use of brain stimulation, their ambitions are generally much more modest. But at the very least, Snyder's preliminary work hints that our brains could surprise us the more we look into their operations.

The bottleneck of memory

What’s clear is that human memory, as it is, has an intrinsic limitation. So why don't we just remember everything – both the details, that most of us fail to record, and the overarching concepts, that savants often miss?

"I don’t know," says Snyder, "but you would think it has something to do with the economy of information processing."

Northwestern's Reber also thinks that the brain, as it interprets its world, simply cannot keep up with the torrent of external stimuli. "That's probably why we don’t remember everything – there's this bottleneck coming from our senses into our memory," he says.

Invoking the familiar computer analogy, Reber says the limit to human memory in a lifetime is not hard drive space, but download speed. "It's not that our brains are full," Reber says. "The information we're experiencing comes in faster than the memory system can write it all down."

Within weeks, you're doing something impossible to the normal person

Neurohacks
1Hack your memory, learn faster
Technology
2How to learn like a memory champ
BritLab
3How to save your memory
In Depth
4How con artists trick your mind
Around the BBC