Loading
BBC Campus | Architecture
Can a city become too big?
Share using EmailShare on TwitterShare on FacebookShare on Linkedin 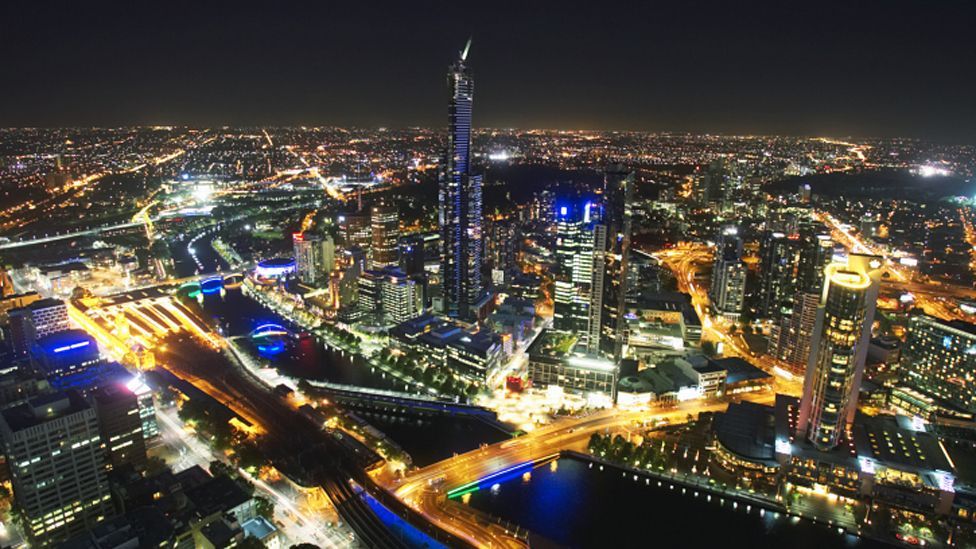 By Molly Crain 3rd April 2015
The number of megacities has been increasing so rapidly in the last few decades that many are experiencing serious growing pains. Molly Crain investigates.
T

There are now some three dozen megacities in the world, each sprawling areas home to more than 10 million people. Bigger cities come with obvious advantages, the increase in people, interactions and infrastructures create more opportunities and efficiencies. But massive population growth has also led to more pollution, spiralling rent, and crumbling infrastructure. 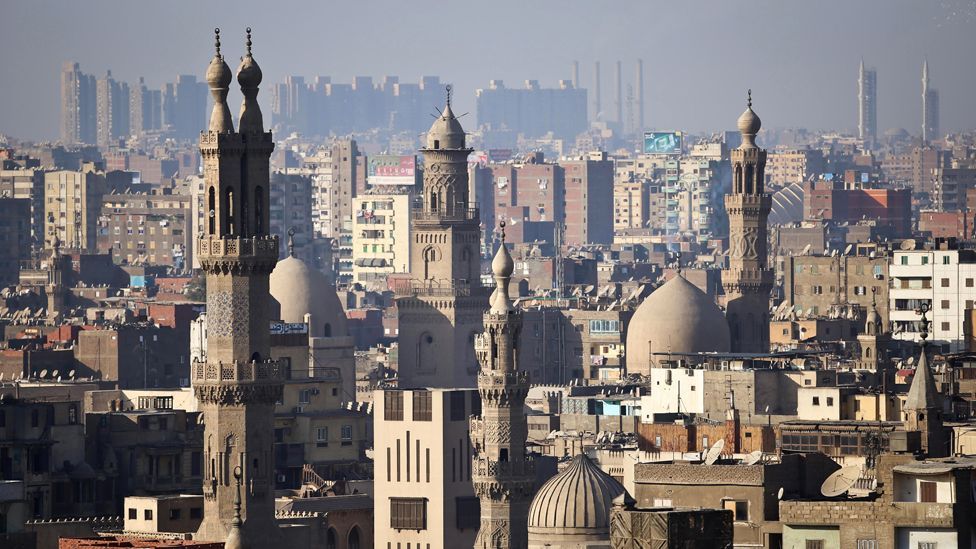 West says all the super-sized cities around the world seem to share this concept of super-linear scaling. “In order to sustain growth,” he says, “you need to continuously innovate and you need to do it at a faster and faster rate. So that the time between major innovations gets shorter and shorter, and the pace of life has to necessarily get faster and faster to sustain that growth.”

While they may share the same principles, the reasons driving them are very different. Each are under different pressures as they struggle to support increasing numbers. Here are five cautionary tales from megacities, that together paint a fuller picture of the consequences of the spiralling urban population.

Egypt’s capital is home to more than 18.5 million people, and for nearly 10 years, city planners have openly acknowledged a crowding and congestion problem. Just last month, Egypt unveiled plans to solve this massive problem by building a new “nameless Cairo” from scratch to the east of the city, according a recent article in The Guardian. It will cost £30bn and five to seven years to complete; “nameless Cairo” will be some 700 square miles, featuring a park twice the size of New York’s Central Park.

The problem is this type of planning often doesn’t pay any attention to human nature, says urban planner Wendell Cox. “There is a tendency on the part of planners to presume that they can sort of put people in jobs where they want and they’ll stay there,” he says. “But the world is dynamic. So that kind of thinking just doesn’t work.” 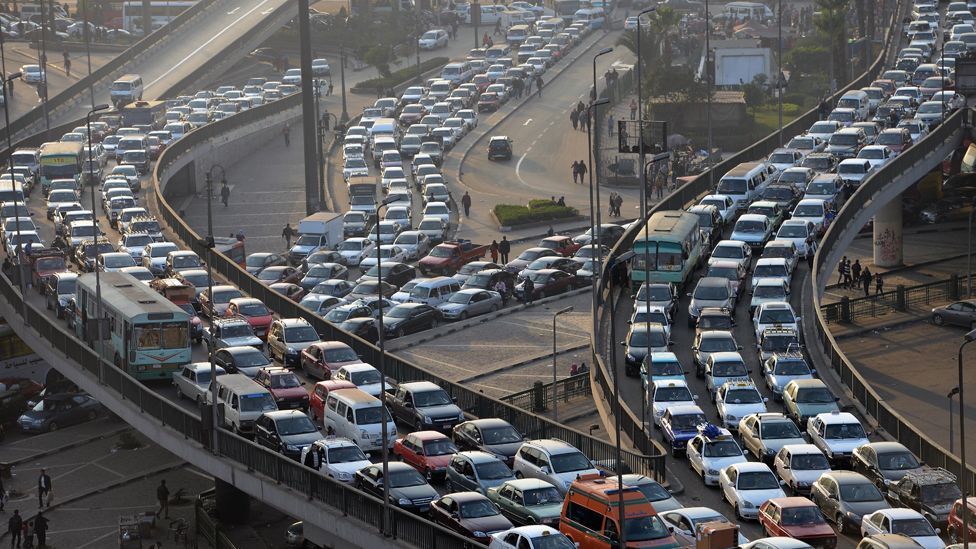 The other problem is this isn’t Cairo’s first attempt to start anew. Since the late 1970s Egypt has built 6 October City, which is a 32-kilometre bus ride in the desert west of Cairo, and more recently New Cairo 38 kilometres to the east.

Neither was a success. A 2010 New York Times article reported that most of the cities inhabitants were wealthy. “The new cities… tend to highlight Egypt’s already striking imbalance between rich and poor, and could sow the seeds of future troubles.” Urban planners are no doubt hoping that they will have more luck on the third attempt.

The British capital’s booming population has just surpassed its pre-WWII peak of nearly 10 million. The growth comes at a hefty price for both renters and buyers. Today, the average cost of renting a home in London is now double that of the rest of the UK (£1,412 a month/US conversion).

University College London architect Michael Batty says: “London itself has become very hot, as a kind of place to live internationally. Now it always was, but it’s become increasingly attractive I think, with people with money overseas in the last 20 or 30 years. This has driven up house prices enormously in the centre of London.”

A project called “London is Changing” has filled central London billboards with messages from disgruntled renters. The billboards include messages such as: “London is miserable unless you’re rich,” and, “I can’t afford to stay in the city I was born in.” 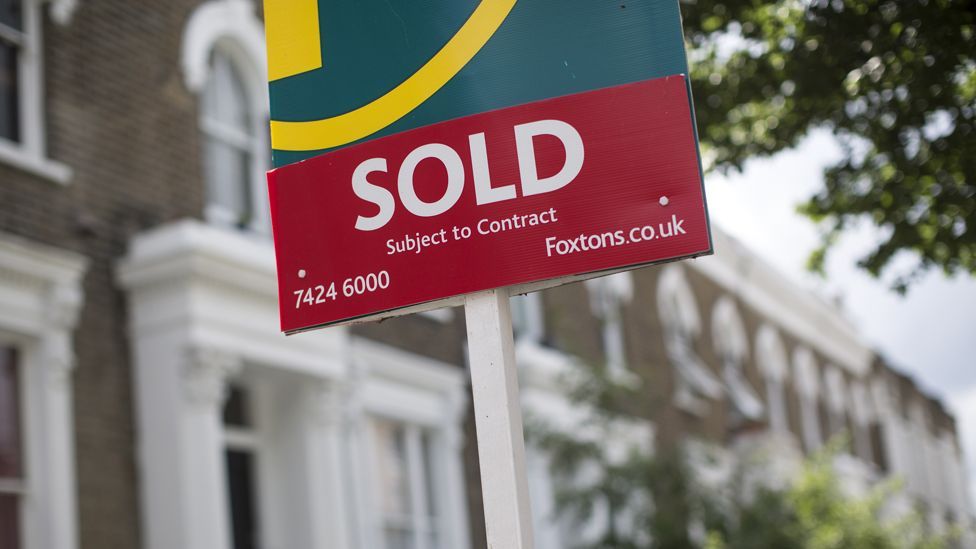 The cost of housing in London is far higher than other cities in the UK (Credit: Getty Images)

But Batty is not sure if there’s an immediate solution to keeping both housing and rent prices down. “We’re running to keep standing still really, in the sense that, more and more people are coming into Britain and using the services, acquiring housing, transport,” he says. “The ability of local government and central government to keep pace with this is very problematic. It has enormous impact on transport, the National Health Service, all kind of things. And it’s partly due to the fact we’ve had very little experience as a nation of this kind of rate of growth.” 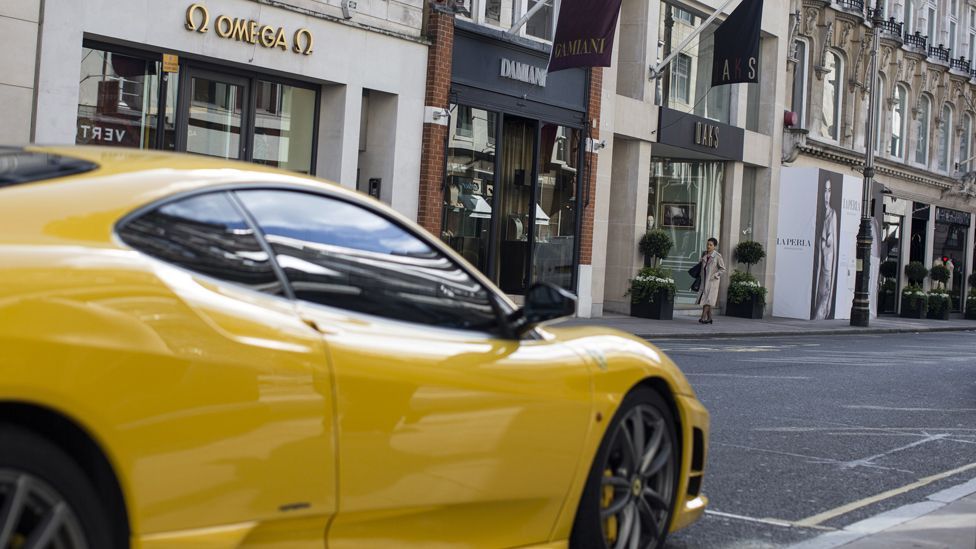 London has become a magnet for the international rich (Credit: Getty Images)

Wendell Cox says increases in rent and house prices are partly caused by restrictions on suburban development and the inability to build on the “green belt” of green space surrounding London. “The real problem is the inability to use land,” says Cox. “For example the GLA, the Greater London Authority, which is most of everything inside the green belt, it covers 600 square miles. The green belt surrounding it covers 1900 square miles. It’s three times as large. [But] you can’t build on it.”

The green belt was created in the 1940s, guaranteeing that the land around British cities and towns is kept as green and pleasant as possible. But decades on, and as its population grows, Londoners are beginning to question whether preserving the green belt is still a good idea.

At 21 million people and rising, Mumbai’s population is similar to New York City’s but the city is half the size. The city’s public transit suffers, especially the trains going from the suburbs to the centre. According to writer Edward Glaeser in The Atlantic, “average (train) commute times in Mumbai are 50 minutes each way, which is double the average American commute.”

In 1991, height restrictions were placed on buildings in Mumbai as a way to limit urban growth. Instead, it caused the sprawl of slums and suburban commuters to live farther away, resulting in today’s uncomfortably long, hot, and sweaty train journeys. 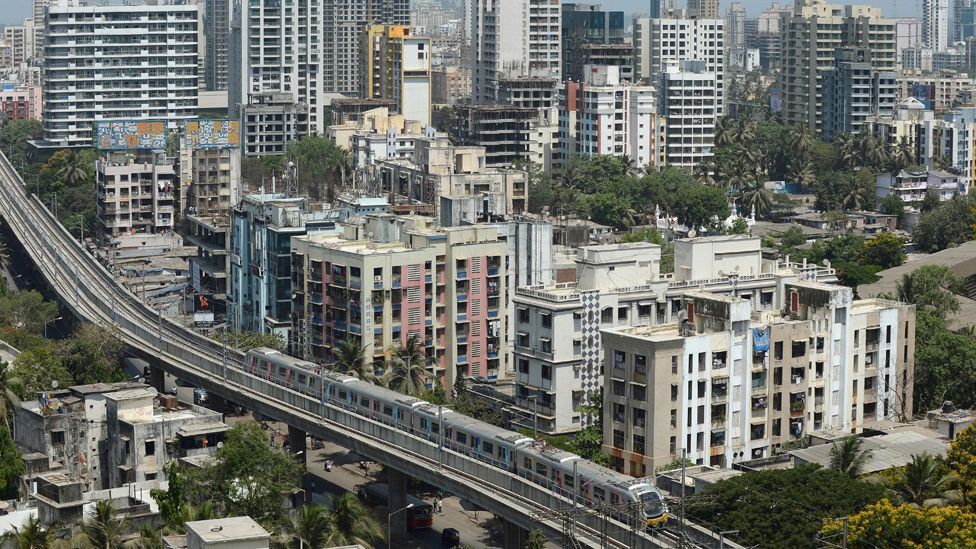 In January, there were protests over the train system. Commuters went on a rampage after after the train services “which carries half of Mumbai’s rail passengers, bringing the city’s lifeline to a complete halt” were delayed, said The Hindu.

Even when Mumbai’s commuters can get on a train, it is hard work. A study by the International Cooperation and Urban Development says Mumbai’s nine-car trains are designed to hold 2,628 passengers (876 seated and 1,752 standing). However, it’s typical for these trains to hold 4,500 passengers during rush hours. 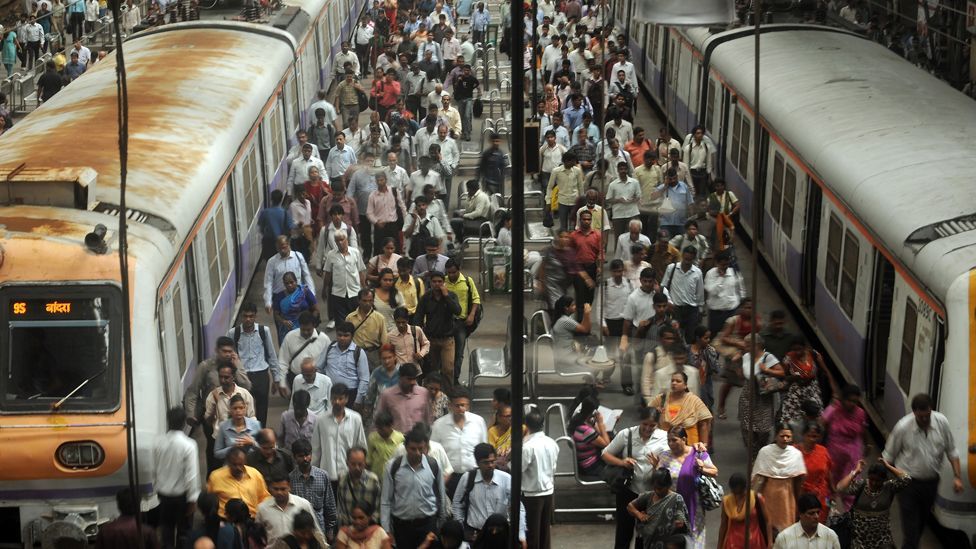 Building up, not out, is on the agenda again. Affordable apartments would foster close-knit communities and encourage people to live and work in the centre instead. Unfortunately, the solution isn’t quite so easy because Mumbai lacks the kind of transportation infrastructure to make downtown living desirable. Most of Mumbai’s skyscrapers are surrounded by green space and thick roads that encourage cars. In Mumbai’s case the strategy “build it and they will come” may not work.

The Indonesian capital is sinking while the sea level rises. Global warming, intense flooding, deforestation, and decades of pumping out groundwater for residents are partly to blame. Jakarta could one day be uninhabitable.

In February, monsoon rains paralysed the city of 14 million and displaced nearly 6,000 people, according to the Wall Street Journal. An even worse deluge hit again in March, when four people were killed and 20,000 residences were evacuated. (Photos of the disaster can be found here.) 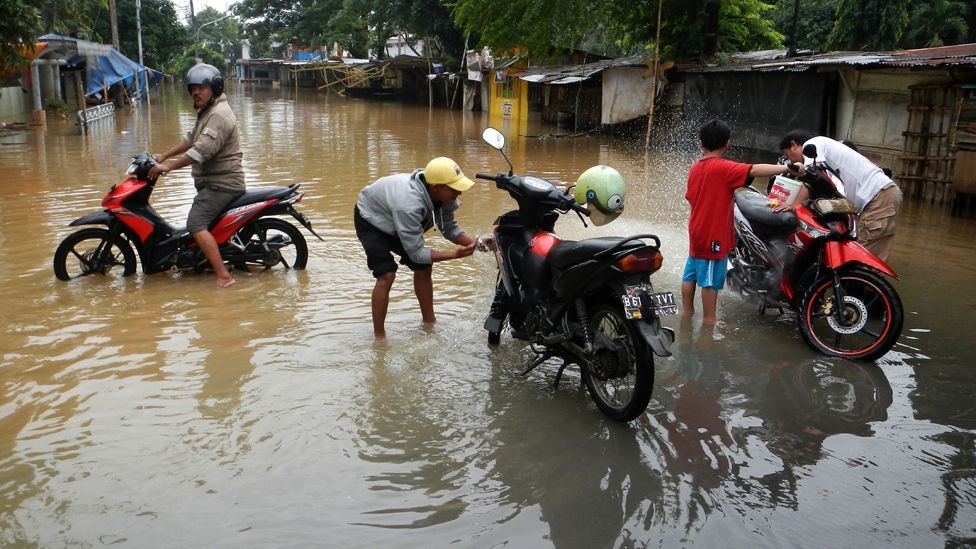 Global warming means floods will happen more often. Research Scientist Owen Cooper, who works at the Earth Systems Research Lab in Boulder, Colorado says the sea level is rising faster in Indonesia than most parts of the globe at about six-to-nine millimetres a year.

“Sea level rise isn’t quite uniform,” says Cooper. “The ocean water sort of sloshes around depending on the ocean currents. Some areas, sea level is actually going down whereas others is going up. Jakarta… has a greater challenge in terms of sea level rise than most megacities, just because of its location where the sea level is rising fastest.” 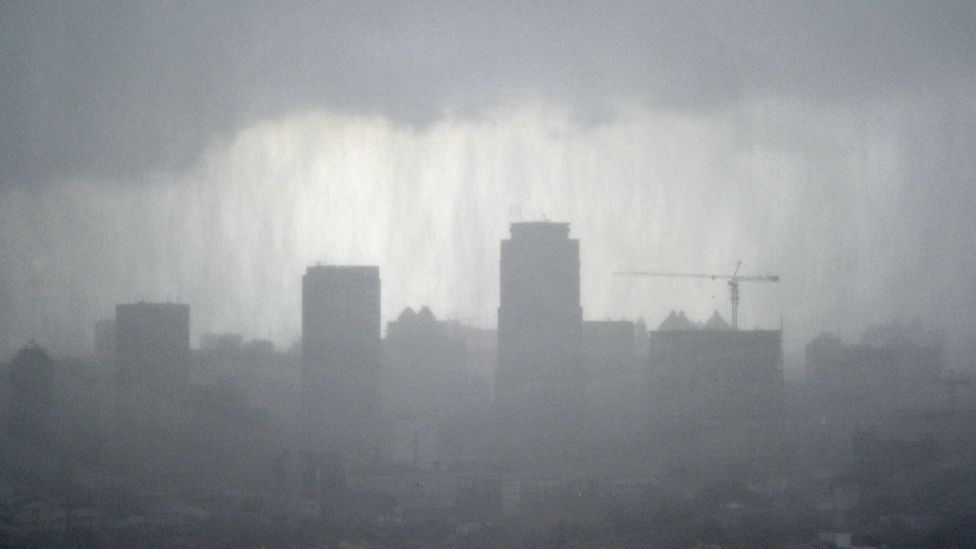 To combat the floods, the city’s government has decided to build a 32-kilometre seawall and a chain of artificial islands. It’s a $40bn project in a country where the average person earns little more than $10 a day. The project is expected to take 30 years to complete.

China’s economy is growing at a rapid 7%, and its megacities are bearing the brunt of this breakneck growth. In Shanghai, analysts believe steel, cement, and glass plants may have increased pollution, which has prompted the local government to consider giving local residents anti-pollution masks.

Cooper, an air quality specialist, says China is experiencing more air pollution than anywhere in the world. “Overall in the US and Europe emissions from automobiles and power plants have plummeted due to policy and emission controls,” says Cooper. “In China the exact opposite is happening.” 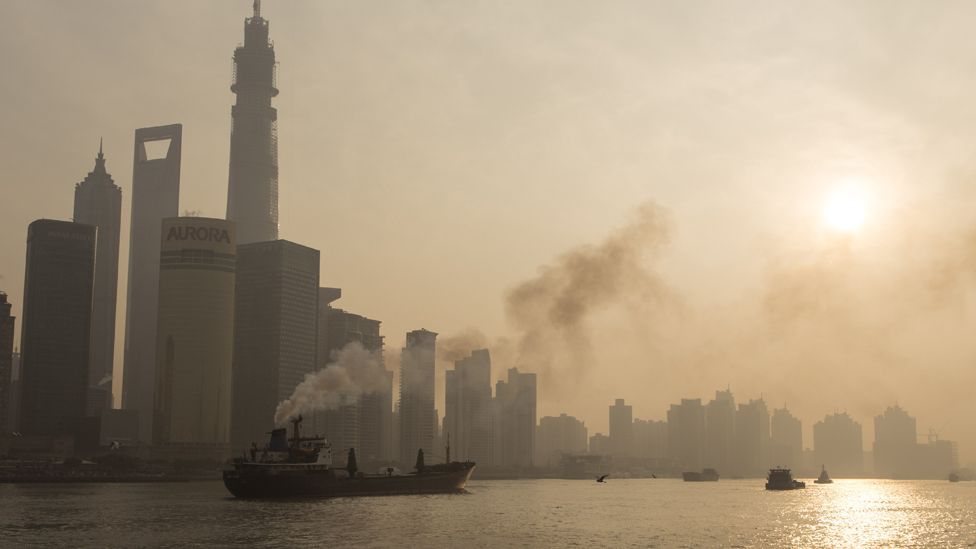 And there doesn’t seem to be any slowing down. “They are making efforts to clean up, especially in the last five years. We know from satellites that sulphur emissions from their power plants are starting to level off and come down. But overall we’re expecting that emissions of nitrogen oxides that come out of power plants and automobiles will continue to increase at least for the foreseeable future.”

What does this mean for people’s health? Former Chinese health minister Chen Zhu recently claimed that nearly 500,000 people die in China each year from severe pollution. Tiny particles in the air less than 2.5 microns in diameter – known as PM 2.5 - affect more people than any other pollutant, according to the World Health Organisation. 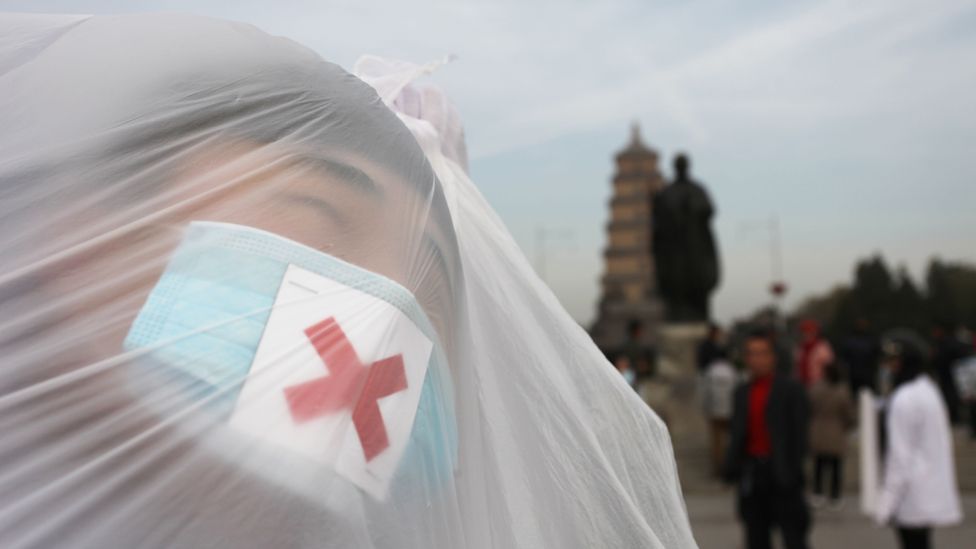 The air quality is so poor in Shnaghai that residents have held protests (Credit: Getty Images)

Cooper says that PM 2.5 “are of concern because those particles are so small that they usually penetrate deeply into a person’s lungs so they can get into the blood system.” Pollutants such as sulphates, nitrates, ammonia, sodium chloride, black carbon, mineral dust and water can all help create these damaging particles, which can cause life-threatening conditions such as lung cancer.

China plans to cut pollution in places like Shanghai by 2017, partly by closing coal-fired power plants. But it leaves the country scrambling to find an alternative, less polluting power source. And in the meantime, the city’s air continues to be a hazard to health. 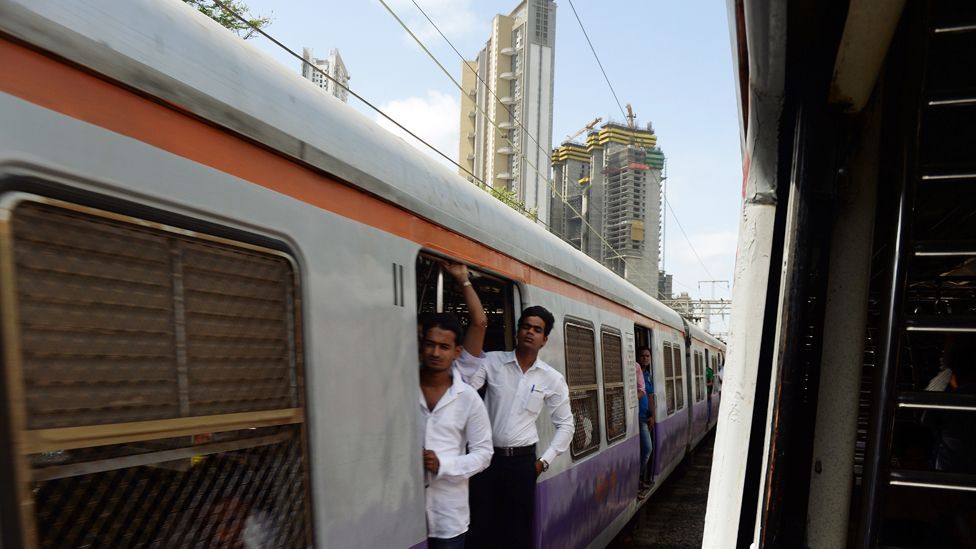 Mumbai's train are unable to take the strain of the city's millions of commuters (Credit: AFP/Getty Images)

More and more cities are going to have to deal with the kind of problems outlined above. By 2030, the United Nations predicts that there will be 41 megacities total with a population of 10 million or more.

Despite the ominous numbers, Geoffrey West has some good news. “If we make it through this critical next 30 years,” says West, “one of the things that will happen, we believe, although it’s very controversial, is that the population overall will stabilise.

“Somewhere towards the three-quarter point of the century we will see an effective slowing really, kind of stabilisation of the global population,” he says. “At some stage, associated with that, we might see a stabilisation of the migration to cities.” Time will tell if he is correct.

100 Year Life
1The world's most exclusive club?
In Depth
2Where nuclear subs go to die
Space Station
3Gemini: Nasa’s unsung hero
Best of 2015
4Journey to the centre of Earth
Around the BBC