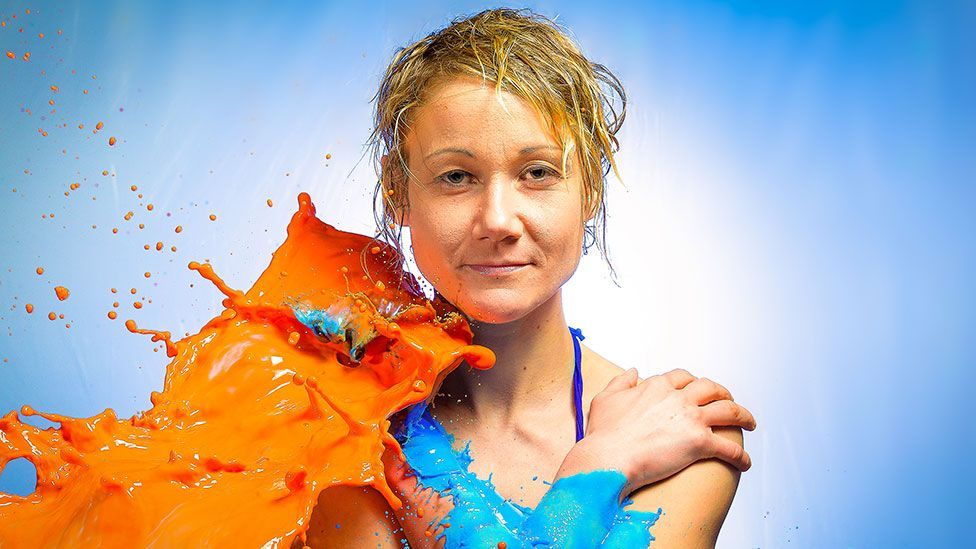 By Claudia Hammond 6th April 2015
Red paint is meant to inflame our passions while blue and green keeps us calm – but Claudia Hammond finds that their true influence is not what you’d expect.
W

We can spend hours choosing the right paint colour for a room to create just the mood we want. We pore over paint charts and bring home tester pots. Doctors’ surgeries are painted white to give us that sense of clinical cleanliness, fast food shops are red or yellow and some prison cells are painted pink in the hope of reducing aggression.

We might think we know which colours do what. The idea that red wakes us up or blue calms us down is deeply engrained in Western culture - to the point that many consider it a fact. But do they really change our behaviour in the ways that we assume?

When it comes to scientific research, the results are mixed and at times contested. Red is the colour that gets studied most often and tends to be compared with either blue or green. Some studies have found that people do better on cognitive tasks when faced with red rather than blue or green; others show the opposite. The mechanism most often cited is conditioning. The idea is that if you repeatedly have a particular experience surrounded by a certain colour, then you eventually begin to associate that colour with the way you were feeling or behaving. It’s been suggested that a school career spent reading your teacher’s red writing circling your mistakes forever makes you link red with danger and this is underlined by the fact that poisonous fruits are often red. Blue meanwhile is more likely to be associated with calmer situations like staring at the sea or marvelling at a big blue expanse of sky. 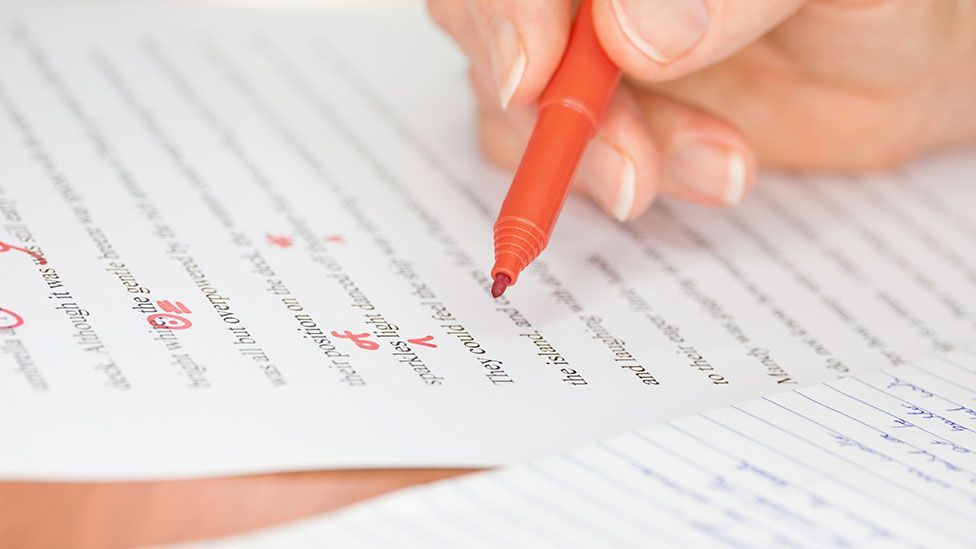 Of course there will always be exceptions – the comment from the teacher saying “well done” is also written in red and raspberries are red, but perfectly edible. It is true that people do make different associations with different colours, but whether this translates into behaving in a certain way or succeeding at a particular task is a different question.

After so many mixed results in the past, in 2009 researchers at the University of British Columbia tried to clarify the situation once and for all. They sat their participants at computer screens coloured blue, red or “neutral” and tested them on various tasks. With a red screen people did better on tests of memory and proof-reading, tasks requiring attention to detail, but when the screen was blue they did better on creative tasks, such as thinking of as many uses as possible for a single brick. The authors speculated that red signalled "avoidance" and so they were more careful, while blue motivated the opposite: an "approach" behaviour that encouraged them to be freer with their thinking, resulting in more creativity. To test this idea, the researchers then asked the volunteers to solve anagrams of different words – relating to either avoidance or approach behaviours. The subjects tended to solve the avoidance words faster if they were presented on a red background, and the approach words more quickly if they were presented on a blue background – suggesting that the colours and behaviours were associated in their minds.

The team even speculated about the practical uses of their findings. For example, they wondered whether walls should be painted different colours depending on the task at hand – red for a team looking at the side effects of a new drug, for example, or blue for a room for creative brainstorming. In practice this might be tricky. In an office or a classroom you might want to think creatively some of the time and pay attention to detail at others.

In any case, question marks are now hanging over the discovery itself. When another team tried to replicate the anagram part of the study with a larger group of people in 2014, the effect of colour disappeared. The initial study comprised just 69 people. In this new, bigger study, of 263 volunteers, background colour made no difference.

The same team also raised questions about another landmark finding, originally conducted by Oliver Genschow at the University of Basel in Switzerland. Genschow’s team had offered their volunteers a plate of pretzels, and told them to eat as many as they felt they needed to make a judgement about the taste.

Rather sweetly, one in six people had to be excluded because they were kind enough to share their pretzels with others which defeated the object of the research. But when that was taken into consideration, the colour red once again seemed to serve as a warning, and people offered pretzels from a red plate took fewer. Yet when the team from Appalachian State University followed the same procedure their results were the exact opposite – people with red plates ate more pretzels.

Clearly, studying the effect of colour is much harder than it looks - or maybe colours just don’t have the effect that we expect. Yet we are convinced enough that they do for some prisons in the USA, Switzerland, Germany, Poland, Austria and the UK to paint their cells in a particular shade of pink. In Switzerland 20% of prisons and police stations have at least one pink cell. It’s a shade I’d call blancmange pink, but its proper name is Baker-Miller pink, after two US Naval officers who first studied the effects of pink walls on prisoners.

Back in 1979 prisoners were shown a blue card or a pink card and then had to try to resist the pressure of the experimenter pushing down on their arms. With the blue card they pushed harder, so was the pink card somehow reducing their aggression? Possibly not. The experimenter knew which card had been shown, so without even realising it they might have eased up a bit on the pink card. What’s more they had a trial run, followed by the pink card and finally the blue, so perhaps they were just more practiced when it came to the blue card. Several attempts to replicate these results in better-designed studies have failed. But they did follow up with an experiment conducted in real prison cells which were either white or pink, mixing a pint of red paint with a gallon of white to obtain this lovely shade. Once again the order of the colours was the same for everyone, so maybe it was the repainting of the cell that made a difference, rather than its pinkness. 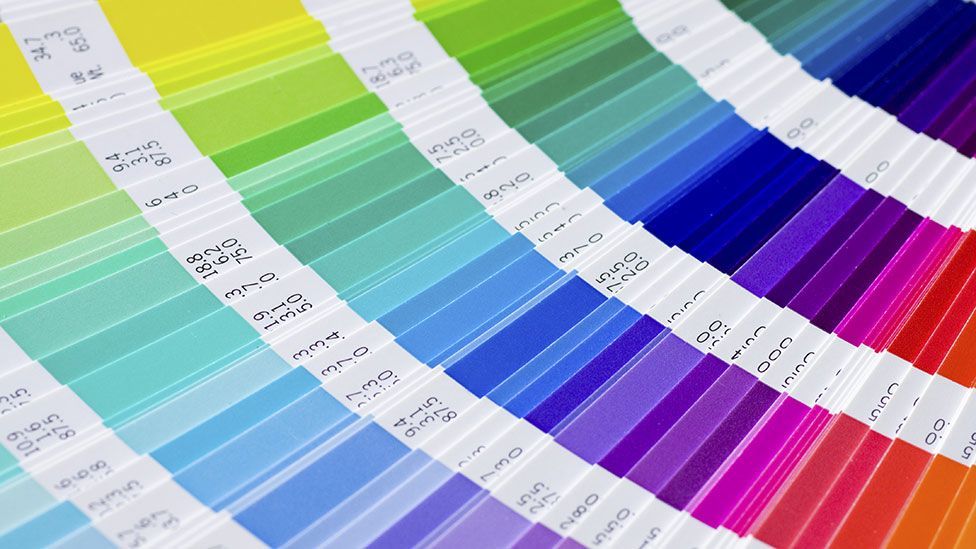 In 2014, Genschow’s team entered a maximum security jail in Switzerland to re-examine the hypothesis. Their study was far better designed than the research from 30 years ago. Inmates held in detention after breaking prison regulations were randomised to cells either painted pink all over or with grey on the walls and white on the ceiling. Prison officers were trained to use an aggression scale to assess the prisoners’ behaviour. The results were disappointing for those who have gone to the trouble to paint cells pink. After three days in the either cell prisoner were less aggressive than when they were first brought to cell. The colour of the walls made no difference at all.

The authors concede that a larger study might have found differences, but if the colour only makes a difference for a few people, then authorities need to make a judgement about whether it’s worthwhile. The researchers even suggest that blancmange pink walls might have negative effects if prisoners feel emasculated by having a traditionally feminine colour on the walls.

So colours might well have an effect, but so far those effects have been difficult to demonstrate consistently and sometimes don’t seem to exist at all. Better-controlled studies are slowly emerging, but it may be some time before we get a full picture of how colour affects us, let alone understand the exact mechanisms through which it happens. For the time being, interior decoration should be, as ever, a mix of personal taste and artistic flair.

In Switzerland, 20% of prisons and police stations have at least one pink cell