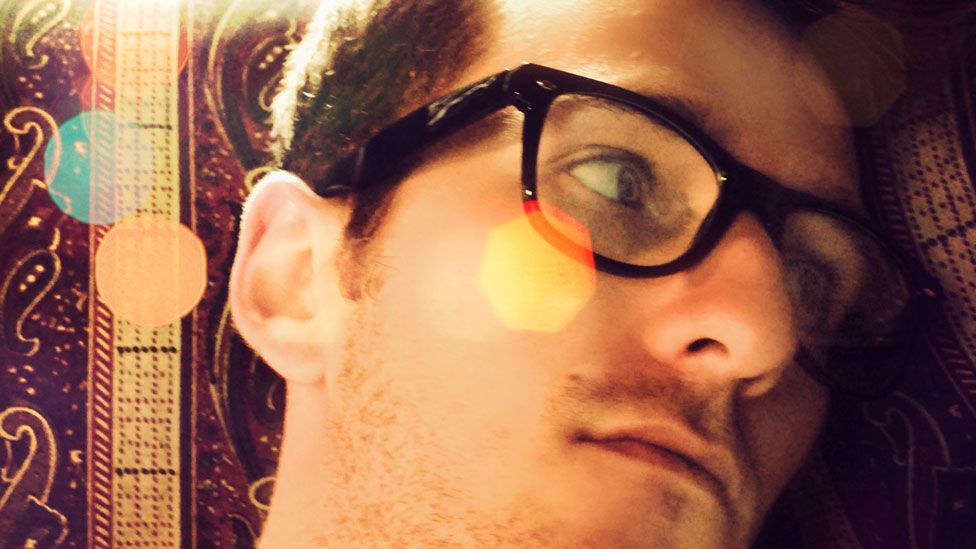 By David Robson 14th April 2015
Can high intelligence be a burden rather than a boon? David Robson investigates.

If ignorance is bliss, does a high IQ equal misery? Popular opinion would have it so. We tend to think of geniuses as being plagued by existential angst, frustration, and loneliness. Think of Virginia Woolf, Alan Turing, or Lisa Simpson – lone stars, isolated even as they burn their brightest. As Ernest Hemingway wrote: “Happiness in intelligent people is the rarest thing I know.”

The question may seem like a trivial matter concerning a select few – but the insights it offers could have ramifications for many. Much of our education system is aimed at improving academic intelligence; although its limits are well known, IQ is still the primary way of measuring cognitive abilities, and we spend millions on brain training and cognitive enhancers that try to improve those scores. But what if the quest for genius is itself a fool’s errand? 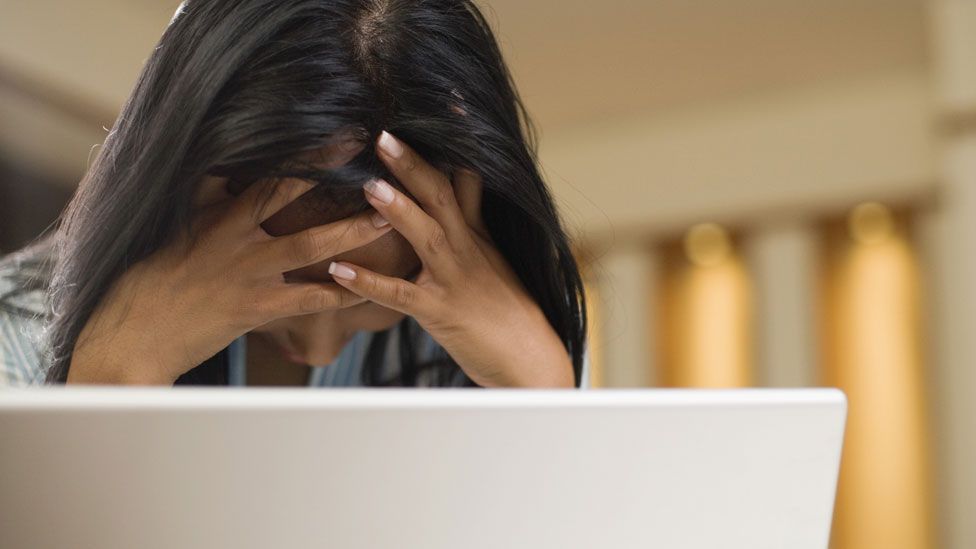 Anxiety can be common among the highly intelligent (Credit: Thinkstock)

The first steps to answering these questions were taken almost a century ago, at the height of the American Jazz Age. At the time, the new-fangled IQ test was gaining traction, after proving itself in World War One recruitment centres, and in 1926, psychologist Lewis Terman decided to use it to identify and study a group of gifted children. Combing California’s schools for the creme de la creme, he selected 1,500 pupils with an IQ of 140 or more – 80 of whom had IQs above 170. Together, they became known as the “Termites”, and the highs and lows of their lives are still being studied to this day.

As you might expect, many of the Termites did achieve wealth and fame – most notably Jess Oppenheimer, the writer of the classic 1950s sitcom I Love Lucy. Indeed, by the time his series aired on CBS, the Termites’ average salary was twice that of the average white-collar job. But not all the group met Terman’s expectations – there were many who pursued more “humble” professions such as police officers, seafarers, and typists. For this reason, Terman concluded that “intellect and achievement are far from perfectly correlated”. Nor did their smarts endow personal happiness. Over the course of their lives, levels of divorce, alcoholism and suicide were about the same as the national average. 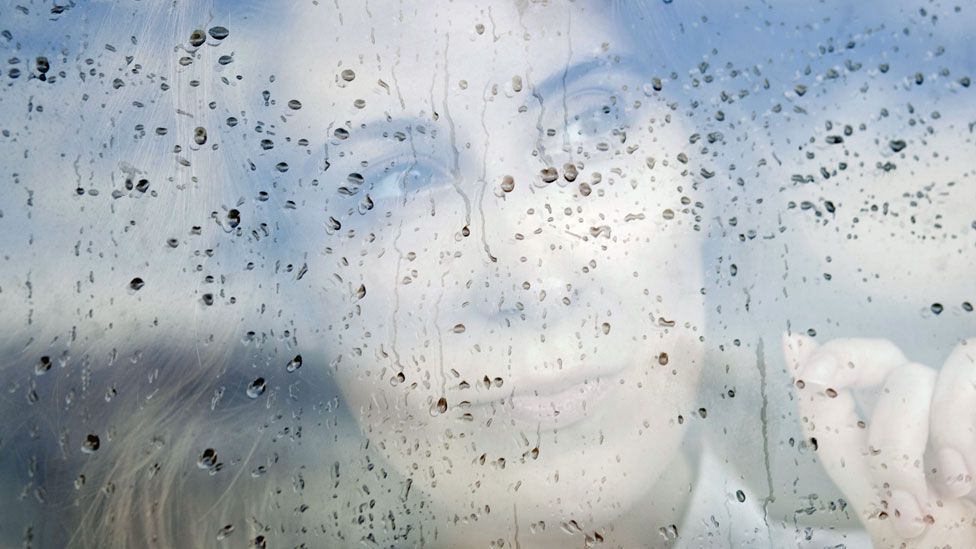 It's lonely being smart (Credit: Thinkstock)

As the Termites enter their dotage, the moral of their story – that intelligence does not equate to a better life – has been told again and again. At best, a great intellect makes no differences to your life satisfaction; at worst, it can actually mean you are less fulfilled.

That’s not to say that everyone with a high IQ is a tortured genius, as popular culture might suggest – but it is nevertheless puzzling. Why don’t the benefits of sharper intelligence pay off in the long term?

One possibility is that knowledge of your talents becomes something of a ball and chain. Indeed, during the 1990s, the surviving Termites were asked to look back at the events in their 80-year lifespan. Rather than basking in their successes, many reported that they had been plagued by the sense that they had somehow failed to live up to their youthful expectations. 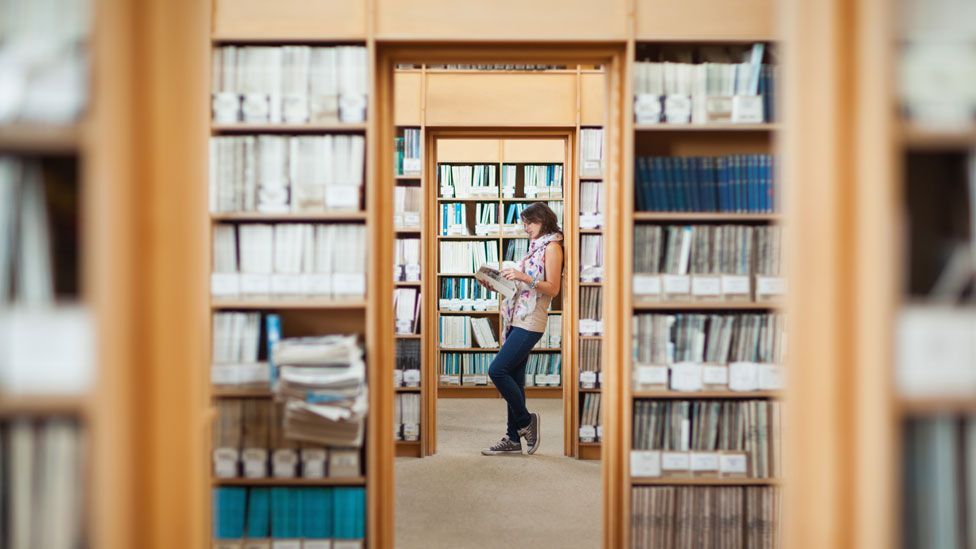 That sense of burden – particularly when combined with others’ expectations – is a recurring motif for many other gifted children. The most notable, and sad, case concerns the maths prodigy Sufiah Yusof. Enrolled at Oxford University aged 12, she dropped out of her course before taking her finals and started waitressing. She later worked as a call girl.

Sufiah Yusof, a child prodigy, enrolled at Oxford aged 12 but later dropped out and worked as a call girl

Another common complaint, often heard in student bars and internet forums, is that smarter people somehow have a clearer vision of the world’s failings. Whereas the rest of us are blinkered from existential angst, smarter people lay awake agonising over the human condition or other people’s folly.

Constant worrying may, in fact, be a sign of intelligence – but not in the way these armchair philosophers had imagined. Interviewing students on campus about various topics of discussion, Alexander Penney at MacEwan University in Canada found that those with the higher IQ did indeed feel more anxiety throughout the day. Interestingly, most worries were mundane, day-to-day concerns, though; the high-IQ students were far more likely to be replaying an awkward conversation, than asking the “big questions”. “It’s not that their worries were more profound, but they are just worrying more often about more things,” says Penney. “If something negative happened, they thought about it more.” 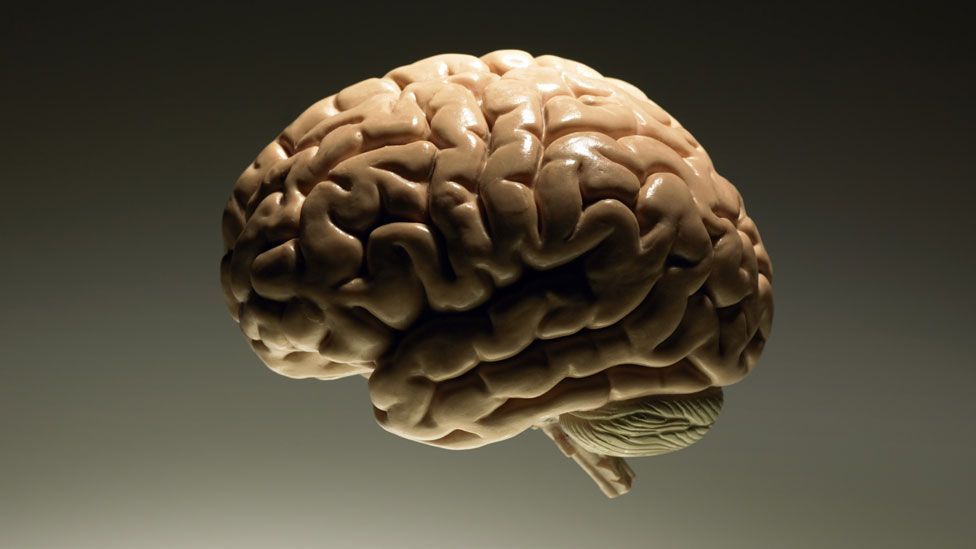 Probing more deeply, Penney found that this seemed to correlate with verbal intelligence – the kind tested by word games in IQ tests, compared to prowess at spatial puzzles (which, in fact, seemed to reduce the risk of anxiety). He speculates that greater eloquence might also make you more likely to verbalise anxieties and ruminate over them. It’s not necessarily a disadvantage, though. “Maybe they were problem-solving a bit more than most people,” he says – which might help them to learn from their mistakes.

The harsh truth, however, is that greater intelligence does not equate to wiser decisions; in fact, in some cases it might make your choices a little more foolish. Keith Stanovich at the University of Toronto has spent the last decade building tests for rationality, and he has found that fair, unbiased decision-making is largely independent of IQ. Consider the “my-side bias” – our tendency to be highly selective in the information we collect so that it reinforces our previous attitudes. The more enlightened approach would be to leave your assumptions at the door as you build your argument – but Stanovich found that smarter people are almost no more likely to do so than people with distinctly average IQs.

That’s not all. People who ace standard cognitive tests are in fact slightly more likely to have a “bias blind spot”. That is, they are less able to see their own flaws, even when though they are quite capable of criticising the foibles of others. And they have a greater tendency to fall for the “gambler’s fallacy” – the idea that if a tossed coin turns heads 10 times, it will be more likely to fall tails on the 11th. The fallacy has been the ruination of roulette players planning for a red after a string of blacks, and it can also lead stock investors to sell their shares before they reach peak value – in the belief that their luck has to run out sooner or later. 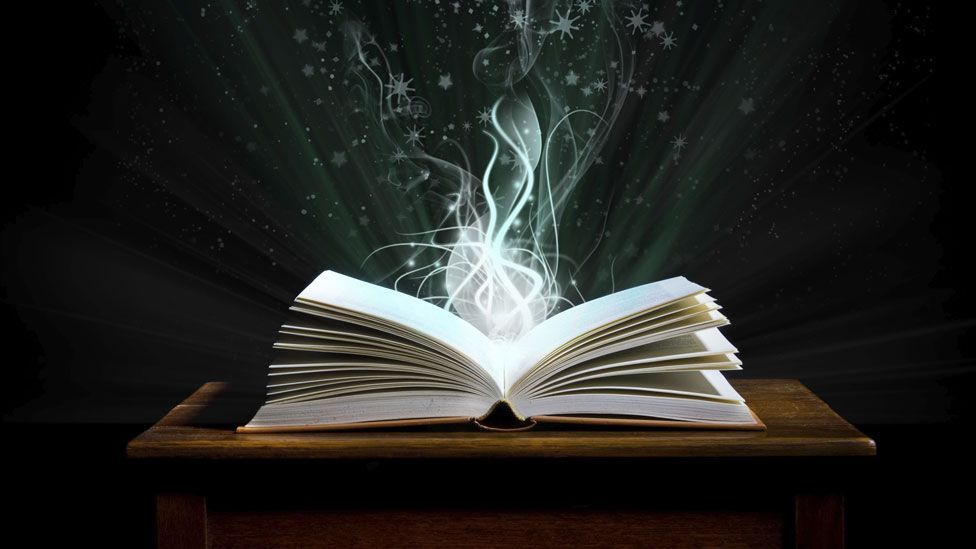 Members of high IQ society Mensa are not immune to belief in the paranormal (Credit: Thinkstock)

A tendency to rely on gut instincts rather than rational thought might also explain why a surprisingly high number of Mensa members believe in the paranormal; or why someone with an IQ of 140 is about twice as likely to max out their credit card.

Indeed, Stanovich sees these biases in every strata of society. “There is plenty of dysrationalia – people doing irrational things despite more than adequate intelligence – in our world today,” he says. “The people pushing the anti-vaccination meme on parents and spreading misinformation on websites are generally of more than average intelligence and education.” Clearly, clever people can be dangerously, and foolishly, misguided. 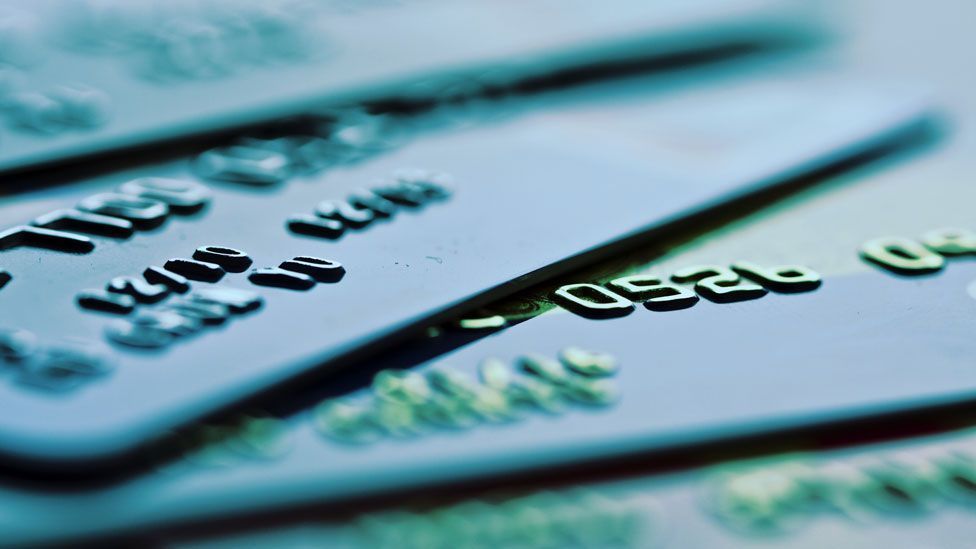 People with an IQ above 140 are twice as likely to overspend on their credit card (Credit: Thinkstock)

So if intelligence doesn’t lead to rational decisions and a better life, what does? Igor Grossmann, at the University of Waterloo in Canada, thinks we need to turn our minds to an age-old concept: “wisdom”. His approach is more scientific that it might at first sound. “The concept of wisdom has an ethereal quality to it,” he admits. “But if you look at the lay definition of wisdom, many people would agree it’s the idea of someone who can make good unbiased judgement.”

In one experiment, Grossmann presented his volunteers with different social dilemmas – ranging from what to do about the war in Crimea to heartfelt crises disclosed to Dear Abby, the Washington Post’s agony aunt. As the volunteers talked, a panel of psychologists judged their reasoning and weakness to bias: whether it was a rounded argument, whether the candidates were ready to admit the limits of their knowledge – their “intellectual humility” – and whether they were ignoring important details that didn’t fit their theory. 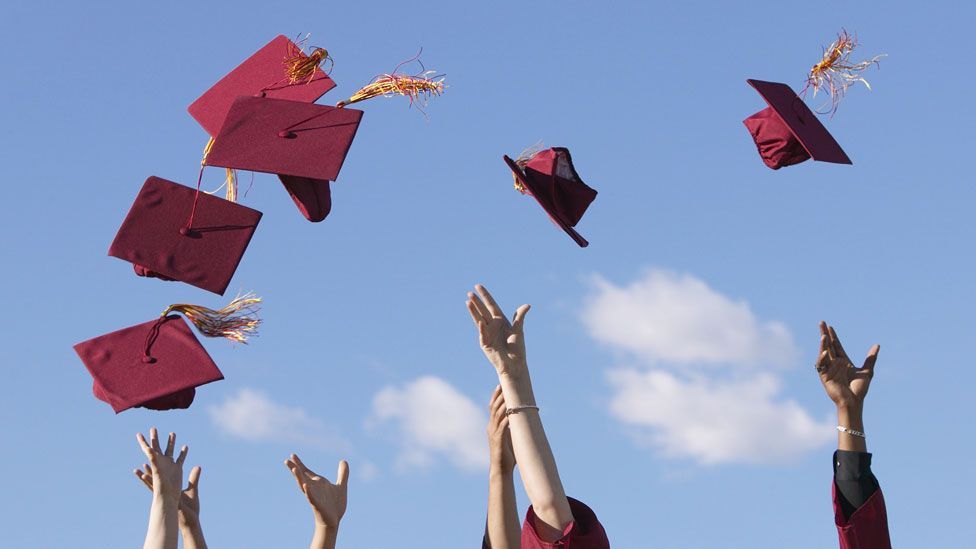 High scores turned out to predict greater life satisfaction, relationship quality, and, crucially, reduced anxiety and rumination – all the qualities that seem to be absent in classically smart people. Wiser reasoning even seemed to ensure a longer life – those with the higher scores were less likely to die over intervening years. Crucially, Grossmann found that IQ was not related to any of these measures, and certainly didn’t predict greater wisdom. “People who are very sharp may generate, very quickly, arguments [for] why their claims are the correct ones – but may do it in a very biased fashion.”

In the future, employers may well begin to start testing these abilities in place of IQ; Google has already announced that it plans to screen candidates for qualities like intellectual humility, rather than sheer cognitive prowess.

Fortunately, wisdom is probably not set in stone – whatever your IQ score. “I’m a strong believer that wisdom can be trained,” says Grossmann. He points out that we often find it easier to leave our biases behind when we consider other people, rather than ourselves. Along these lines, he has found that simply talking through your problems in the third person (“he” or “she”, rather than “I”) helps create the necessary emotional distance, reducing your prejudices and leading to wiser arguments. Hopefully, more research will suggest many similar tricks.

The challenge will be getting people to admit their own foibles. If you’ve been able to rest on the laurels of your intelligence all your life, it could be very hard to accept that it has been blinding your judgement. As Socrates had it: the wisest person really may be the one who can admit he knows nothing. 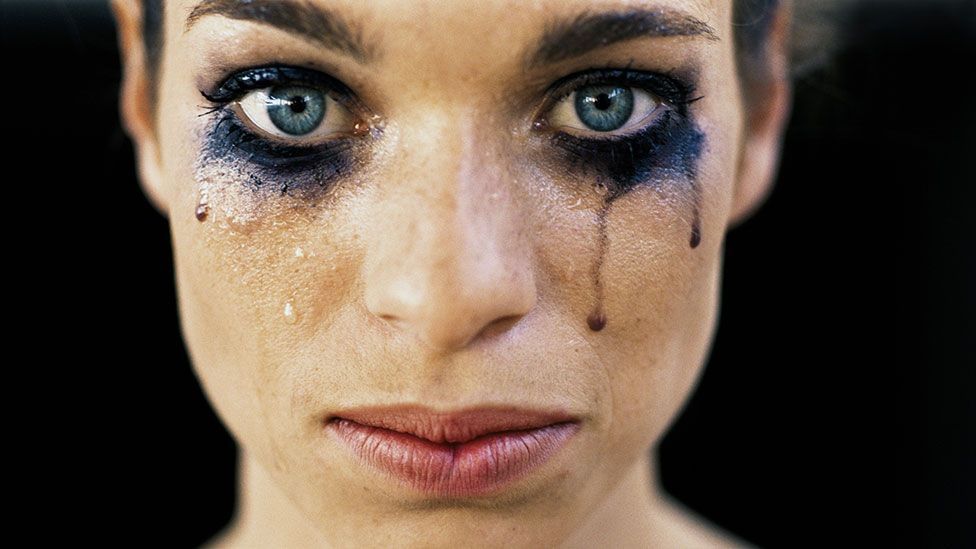 The surprising downsides of being drop dead gorgeous