Loading
Journey: Upgraded | Transport
How the worst things about bus travel are changing
Share using EmailShare on TwitterShare on FacebookShare on LinkedinShare on Whatsapp 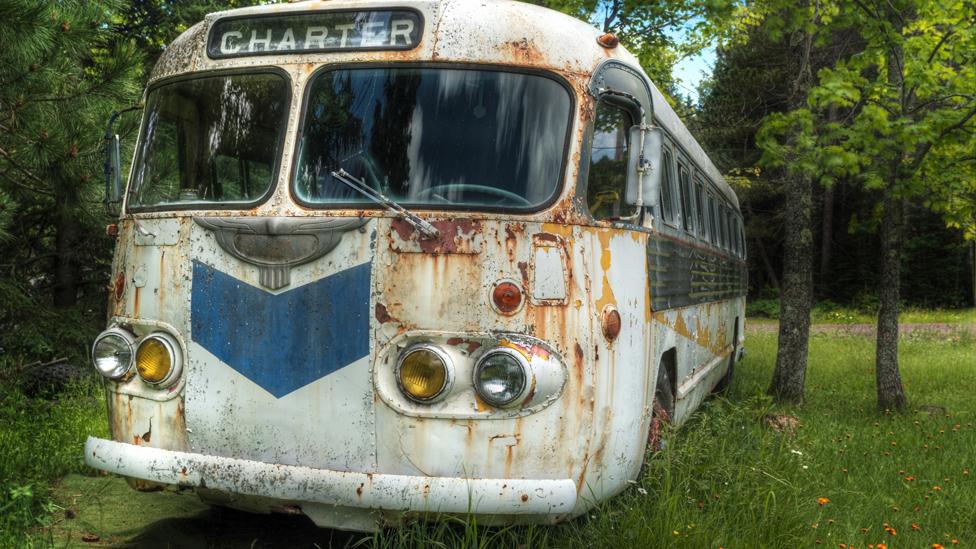 By Katia Moskvitch 14th April 2015
Buses have never been regarded as a particularly comfortable or cutting-edge way to travel. But that could all be about to change, writes Katia Moskvitch.
C

Central bus stations are rarely nice places to hang around. It’s no different for Buenos Aires’s jam-packed and noisy Retiro. Travelling through Argentina sounds exciting, but doing it by bus less so ‒ especially when the journey is set to take a whopping 13 hours. But with no railway and few flight options, I had no other choice if I wanted to reach San Rafael in the famous wine-making province of Mendoza.

I confess: I am no fan of long-distance bus travel. Seared in my mind are trips like a dreary and back-aching 10-hour journey from Montreal to New Brunswick in Canada, and an extremely uncomfortable 12-hour ride on a Russian bus from Novosibirsk to Lake Baikal, made worse when the bus broke down at dawn in the middle of nowhere.

When our Argentinian double-decker coach finally pulled up, it looked like most long-haul buses, with its front covered in dirt, dust and dead insects. It was inside where my jaw dropped. 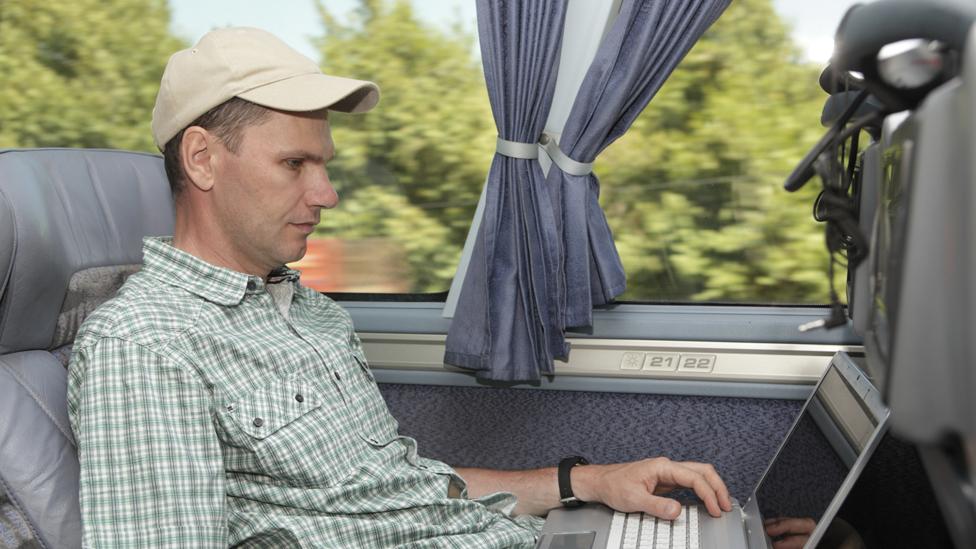 This was not your traditional long-haul bus. Seats on the upper deck reclined further than any bus seat I’d ever seen before. My seat was in the ‘sleeper’ section on the ground floor; for just 100 pesos (£10; $15) extra, I got one of six special seats, which transformed into a totally flat bed. A curtain separated me from the passenger to my right. There was a blanket and a pillow, a TV screen and even food. Instead of 13 hours of pain, I arrived in San Rafael relaxed and full of energy.

Long-haul bus rides are common in Argentina, where distances are huge. They are popular elsewhere too, offering varying degrees of comfort. In India and China, many buses have bunk beds instead of seats, rows of them. And in the UK, in 2011 Stagecoach Group bus operator launched Britain’s first sleeper bus service, offering overnight trips between London and Glasgow for a fraction of the price of a train ticket. There are three rows of beds fitted in narrow and low individual pods. “You can’t really sit up in ‘bed’ and if you are on the bottom bunk of three, you basically have to lie flat on the floor and shuffle in sideways,” writes Claire, who shares her experiences on her travel blog.

But luxurious long-haul buses – whether with fold-out seats or even beds – are still an exception. If people can afford it, they prefer driving long distances by car. In the UK, for example, cars are used for 86% of all kilometres travelled, while railways account for 8.2%; buses have a 5.2% share. France is not much different, while in most other European countries, buses are slightly more popular than trains. Cars, however, are the top choice everywhere, despite the fact that they are the least safe and most polluting mode of transport. Making buses comfortable enough to make people switch, however, is going to be a challenge. 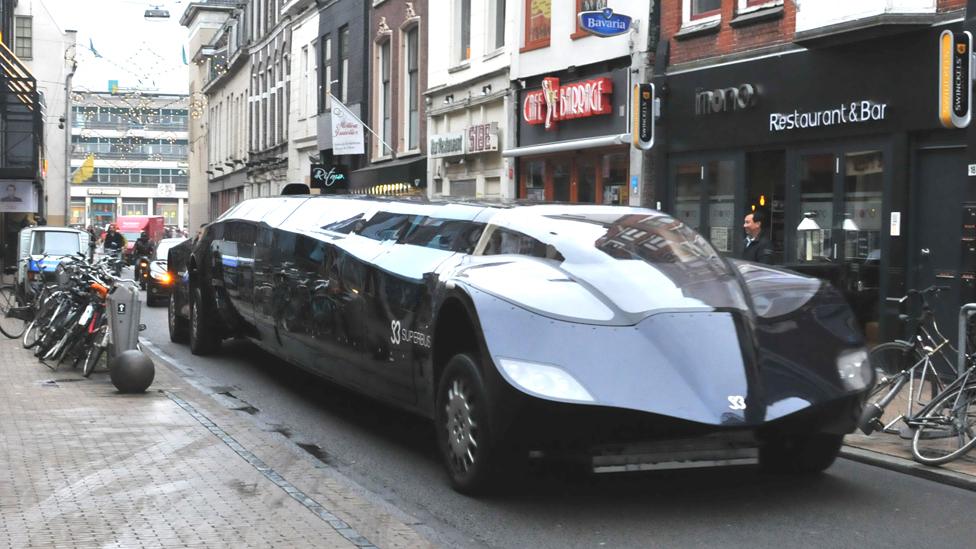 For a long time, the evolution of these vehicles was somewhat stagnant. Modern buses may be a far cry from the horse-drawn, and later steam-powered, ‘omnibus’ (a Latin term meaning “for all"), which appeared in France in the 1820s.. They now boast air conditioning, tinted windows, upholstered reclining seats with varying degrees of legroom, toilets, and even small kitchens. But travelling on them is not much different from several decades ago. We’ve yet to see concept coaches like the Superbus developed by a Dutch team in 2011, which resembles a stretched limousine and reached a top speed of 255km/h. In China, researchers are toying with the idea of a “straddling bus” that glides over other road vehicles, reducing congestion.

Safety is where much of the innovation has taken place. Statistically speaking, buses are one of the safest modes of transportation. In the European Union, there were 30,700 fatalities in traffic accidents in 2011, and just 2.4% of these involved bus or coach passengers, according to the European Transport Safety Council (ETFC). A 2013 report by the US National Highway Traffic Safety Administration says buses are responsible for just 0.1% of all traffic-related fatalities. Nearly three-quarters of people who died in highway crashes were either in a car or a light truck.

Fatalities on buses, however, weren’t always that low. “Over time, technology has helped to make buses safer,” says Dudley Curtis at ETFC. Only a few countries make it compulsory to wear seatbelts on buses: France, Germany, Hong Kong, Italy, Japan and Singapore, despite the fact seatbelts on buses are known to save lives. For example, when a coach with families on board crashed and overturned in the UK in 2014 everyone was wearing seatbelts – and the only person who suffered serious injuries was one whose seatbelt had come loose.

Thanks to new EU rules, from November this year all new buses must be fitted with automated emergency brakes and lane departure warning systems. “We would like to see that go a step further with a technology called intelligent speed assistance, where the bus can read the speed limit from road signs or from a GPS database of speed limits, and help the driver to avoid speeding,” says Curtis.

It’s just one of several baby steps toward the “holy grail” of passenger safety: driverless buses. Another is a lane-assist program that’s currently being trialled. When traffic is really bad, these buses can run on the narrow shoulder, using GPS to help the driver stay within the lane. If the bus veers too close to the lane boundary, a visual display will change colour and the driver’s seat will start to vibrate on the side the bus is veering toward. If the bus does go over a lane line, a torque motor will pull the steering wheel back toward the centre.

‘Platoon’ systems, which link vehicles so they travel in an electronically controlled convoy, are another possible solution. The speed is set by the bus at the front while the others follow automatically at a safe distance without driver intervention; it’s already been trialled with cars.

If used in the Lincoln Tunnel between New York City and New Jersey, platoons on bus lanes could carry more than 200,000 passengers an hour – more than five times today’s load, says a report by Jerome Lutin, New Jersey Transit’s former director of planning, and Alain Kornhauser, the head of Princeton University’s transportation program.

One of the biggest bus makers, Volvo, has introduced ‘zone management’ depending on where it is. “For example, the vehicle would automatically operate in electric mode in a low emission street and the diesel engine would only operate (say, to recharge the battery) outside the zone,” says Adrian Wickens of Volvo Bus. “Also you could programme the bus to do only 20mph near schools and all this would be automatic without the need for driver intervention.” 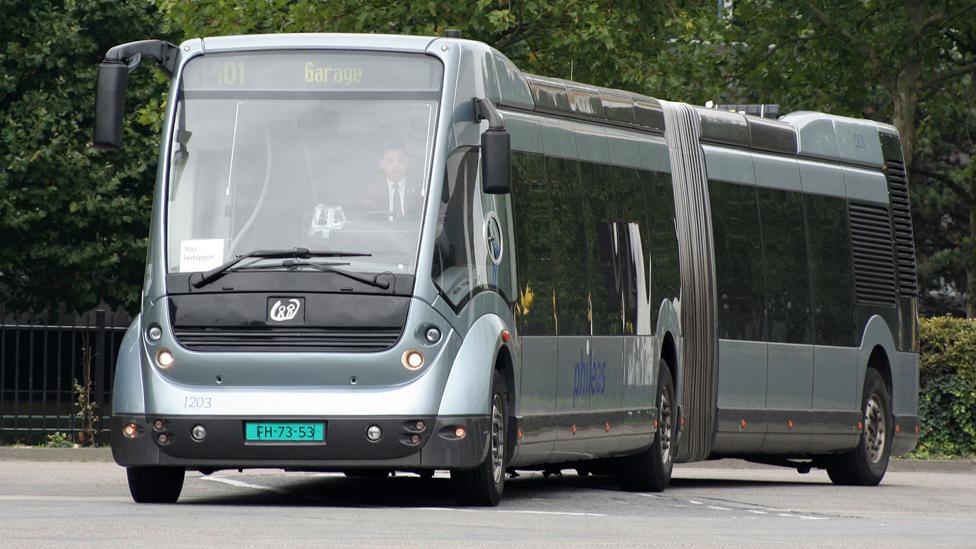 The Dutch Phileas design runs on a pre-planned route and is powered by electric batteries (Credit: Mauritsvinsk/Wikipedia)

Last year, CityMobil2, an EU-funded pilot project, ran two autonomous electric buses made by French company Robosoft for 1.3km on a pedestrianised boulevard next to a beach near Oristano in southern Italy. The buses had a speed limit of 12 km/h, used GPS for navigation, and had – just in case – drivers present at all times. However, the project faced a several issues: at times, GPS reception was spotty, and during the last few days of the demo, the buses’ sensors started to report non-existing obstacles, causing the bus to stop instantly.

In the Netherlands, driverless electric shuttles are about to be tested in the city of Wageningen. From December 2015, the shuttles will carry up to eight people a time from a train station to the university – on about six kilometres of public roads at up to 50km/h.

While full automation may still be years away, technology can also help with behavioural issues that threaten the safety of buses. For example, in France and Finland new school buses have so-called alcohol interlocks, which prevent bus drivers from driving while under the influence of alcohol. In India, students at the Malabar College of Engineering and Technology in Desamangalam have developed a ‘Smart Bus’ safety system that includes a drink driving detector, emergency brakes, and a safe door and fire safety system. The alcohol detector automatically stops the engine when it sniffs alcohol at very low levels. 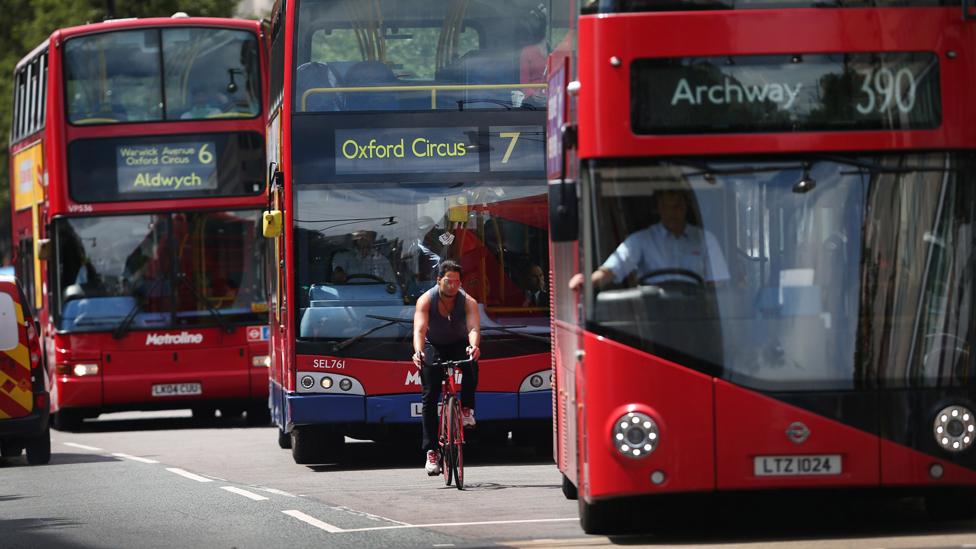 Some of the most dramatic changes. however, have been in engine technology. The biggest change, arguably, is the steady switch from fossil fuels (especially diesel) to hybrid and fully electric engines, with some buses running on hydrogen fuel cell technology and – in a few cases – even powered by human waste.

The main driver of the change is the aim to cut emissions. Buses in London represent less than 1% of the city’s vehicles but produce nearly 25% of its harmful nitrous oxide emissions – a gas that, pound for pound, has a 300-times greater impact on global warming than carbon dioxide. The city now wants all buses using the centre of the city to be powered by hybrid engines or pure electric by 2020.

But re-charging the batteries of an electric bus is still a challenge. Dutch company Heliox propose an overhead charging point for buses at the end of each line; while the vehicle waits to start its next route, it gets a quick recharge, cutting down on the weight and size of the batteries it needs. Electromagnetic induction coils mounted in the road are another way to transfer power to bus batteries (wirelessly), and are currently being tested in several countries.

There are also ideas to retrofit older buses with hybrid diesel-electric engines. UK start-up Vantage Power says it has a self-contained hybrid system that replaces the entire original driveline in existing buses, cutting fuel consumption and emissions by more than 40%. “We turn the bus into an electric vehicle – a battery pack powering an electric motor that is able to recharge itself using an onboard diesel generator,” says the company’s head Alex Schey. “Out comes the old, heavy engine, gearbox and other components, and in slides our retrofit system. Our product allows buses to run for an extended period of time under electric power only.” 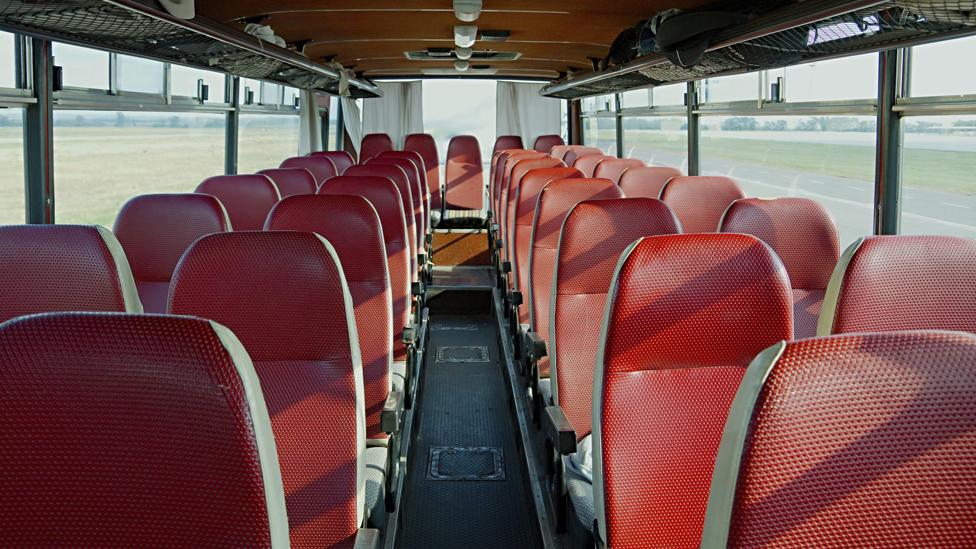 Another proposal is to use liquid air for both cooling and power. The concept, developed by British company Dearman, is based on a piston engine powered by the expansion of liquid air as it warms up from -196 degrees Centigrade. “It's an affordable, liquid air hybrid system for buses, which will make their main engine up to 25% more efficient,” says Michael Ayres at Dearman. “The engine will supplement the main bus engine, providing additional power when it's needed and preventing the bus from having to keep its main engine running while stopped.” A first test is scheduled for early 2016.

For the long-haul routes of Argentina, of course, buses powered by electricity are still a long way off – unless there’s a sudden breakthrough in battery technology. And short of flatbed sleeper seats, most coach passengers elsewhere on the globe will have to put up with cheap – and not necessarily cheerful – long-haul journeys in the meantime.