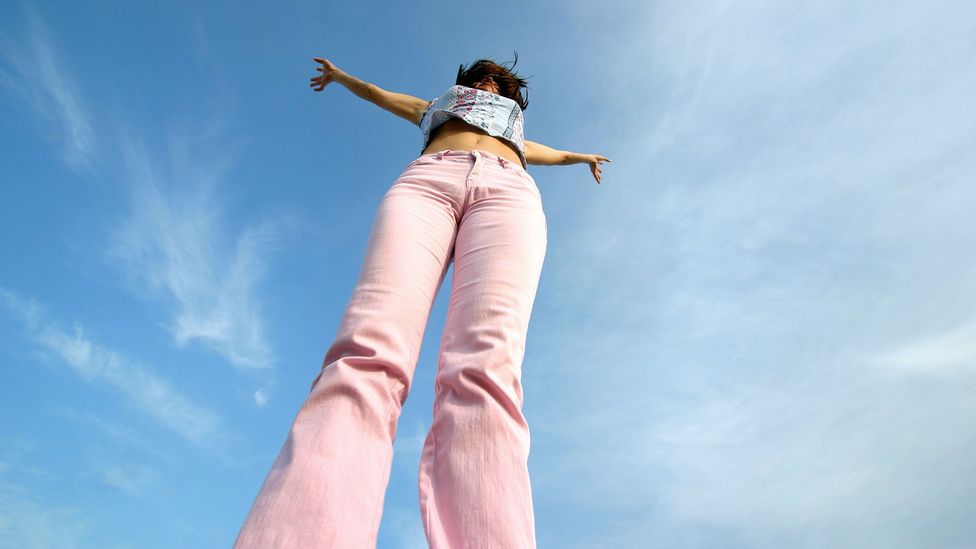 By Adam Hadhazy 14th May 2015
We’re much loftier than we were 150 years ago. How has this happened, asks Adam Hadhazy, and what will people look like a century from now?
H

Humankind has transformed in the last century-and-a-half. Our global population has soared from a mere billion to more than seven billion. In developed countries, average life expectancy has skyrocketed from 45-odd years in the mid-1800s to about 80 years nowadays. And we’ve even changed physically: a good chunk of our species is now taller than it's ever been.

The average human height has gone up in industrialised countries ranging from the United Kingdom to the United States to Japan, with gains of up to 10 centimetres. But for height gains over the last 150 years, one nation stands head and shoulders above all others. Today, young Dutch men and women average around 184cm and 170cm in height, respectively – both, on average, 19cm taller than their mid-19th Century counterparts. "That's a good number to shock people with," says John Komlos, professor emeritus of economic history at the University of Munich.

Why have humans in general, and the Dutch in particular, got taller? Does this altitudinous trend show any sign of continuing and, for that matter, where might it end? Will our descendants living on space stations or on other worlds look upon their Earth-bound ancestors as hobbits?

Does a body good

Questions such as these inspired Komlos back in the 1980s as he pioneered the field of anthropometric history. It explores how the waxing and waning in a population's average stature varies according to economic and social conditions. In particular, Komlos dug through archives of governmental military records – which happen to track soldiers' heights – to explore the relationship. 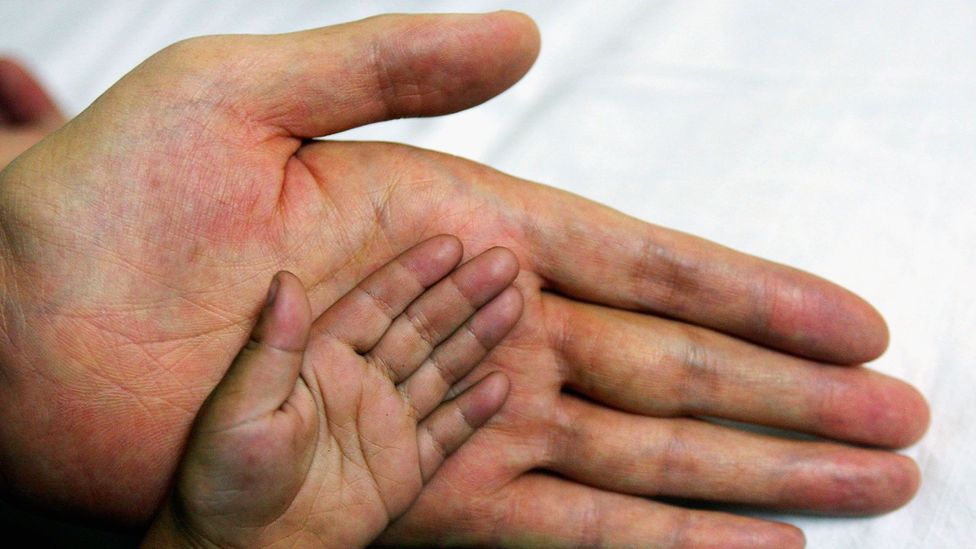 Zhang Juncai, one of China's tallest men, comparing his hand with a seven-year-old boy in 2004 (Credit: Getty Images)

The research revealed that the literal ups and downs of individual human height closely track variations in two factors: diet and disease. Particularly, where these two factors are at work during childhood. If children do not get enough food to eat or cannot absorb nutrients because of diarrhoeal illness, say, their chances of sprouting into their full potential adult height are greatly diminished.

"Bottom line," says William Leonard, a professor of anthropology at Northwestern University in Illinois, "the major drivers behind increased adult stature are improved nutrition, health, and in general a better quality of life."

History is replete with examples of this height-health link. In the Western European late medieval period, after the Black Death had wiped out as much as 60% of the population, the survivors found they had access to plentiful food and uncrowded living conditions – both of which kept disease spread in check. People could thus grow relatively tall, with Englishmen just 4cm on average shorter than their fellow countrymen today. 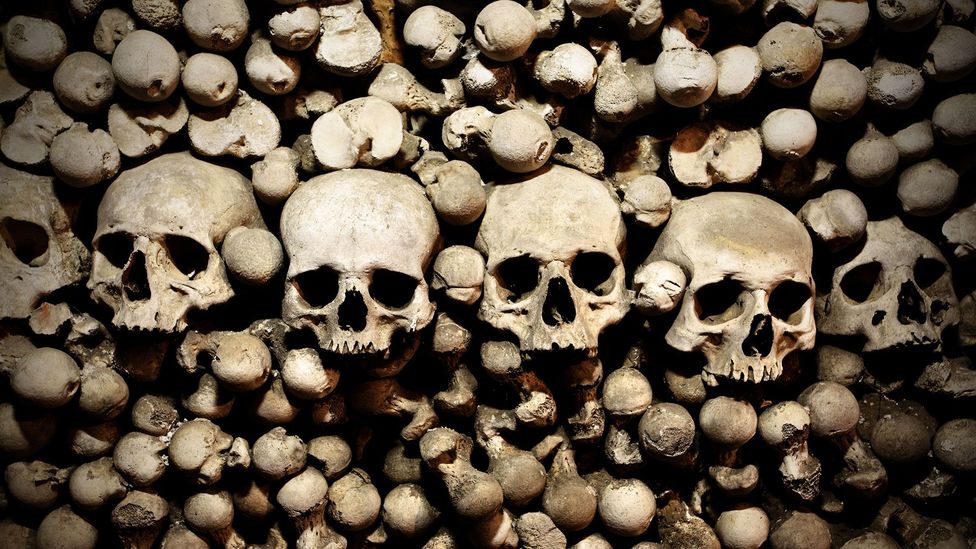 But in 17th Century Europe, heights hit a low point. The average Frenchman then stood no taller than 162cm. Severely cold winters, due to the Little Ice Age, slashed crop yields. Conflict broke out all over, from the English Civil War to the wars of Louis XIV of France and the 30 Years’ War in what became Germany. "Europe just kind of tore itself apart in the 17th Century," says Komlos.

The 18th Century Industrial Revolution, which saw people packed into disease-ridden slums in cities, similarly stunted the populace. By the latter part of the 19th Century, though, the social upheaval had borne the fruit of improved agricultural production, running water and urban sanitation, as well as expanding economic prosperity. Western Europeans shot up the growth charts, and kept doing so for decades.

This height-health link is still starkly visible today. For a modern day example, look no further than North and South Korea. The North ranks 188 out of 195 countries on the United Nations' Human Development Index (HDI), a metric of life expectancy, income and education. North Korean adult male height lags 3cm to 8cm behind the equivalent figures for their South Korean counterparts, whose country holds the HDI's 15th spot as of 2014. 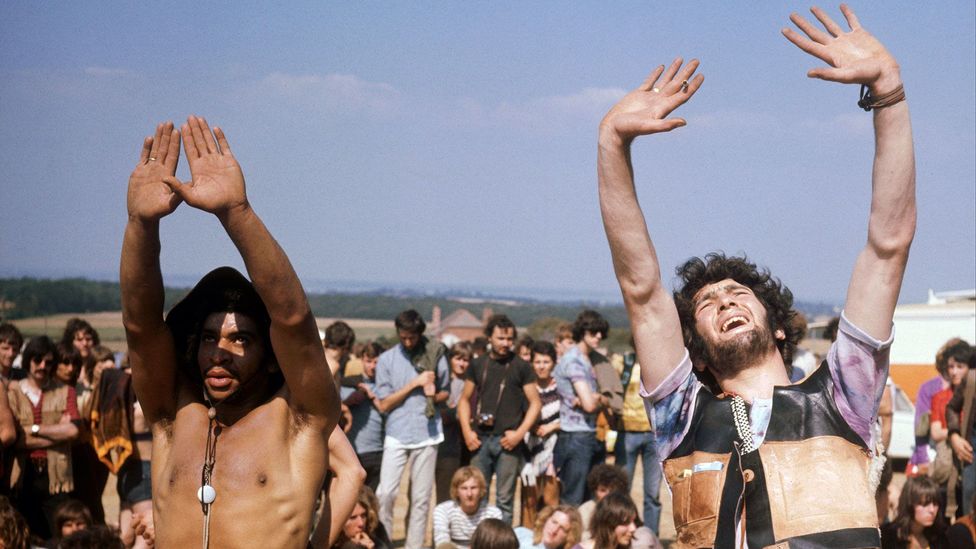 Yet in some industrialised countries, notably the United States, the height gains since the 19th Century have actually levelled off. From the 18th Century Revolutionary War through to World War Two in the mid-20th Century, Americans towered above other industrialised folks. But today, American men typically notch about 176cm and women 163cm – approximately the same height as that of the average hippie who attended Woodstock 45 years ago, and well behind the modern Dutch.

"The average height today in the US is not appreciably different than it was in the mid to late 70s, even the late 60s," says Leonard. "We're talking about 40 to 50 years of relative plateau."

How have Northern Europeans pulled ahead? Komlos strongly believes that unequal access to nutrition and healthcare in the US compared to more socialised systems in advanced European nations is the difference-maker.

Millions of Americans lack medical insurance and do not see doctors regularly. Pregnant women are afforded little aid in the States, whereas in Holland, "they get home visits from nurses absolutely free", says Komlos. In addition, a third of Americans are obese, thanks in part to eating too much junk food. Calorie-dense, processed foods can shave centimetres off consumers' growth, owing to developmental and metabolic issues. "The Coca-Cola, hamburger, McDonald's diet is not going to bring you up to the Dutch level, to put it simply," says Komlos.

Height gains in the US have not kept pace with Europe

So far, we’ve looked at nurture, rather than nature's part in height attainment. As with almost any human trait, however, genetics do play a huge role. Tall couples almost always beget tall progeny. Even so, the recent gains in human height in certain populations cannot be chalked up to evolution selecting for taller genes. 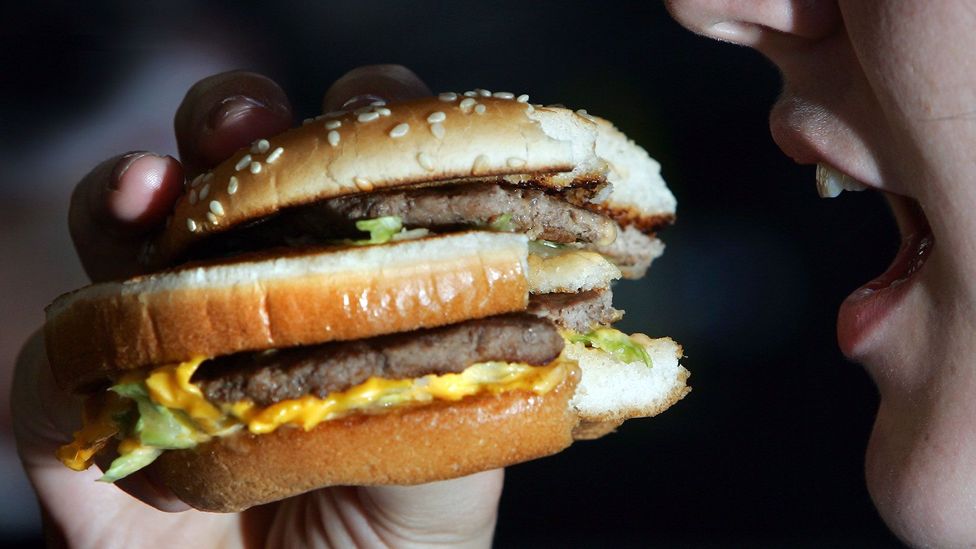 In fact, from a pure Darwinian perspective of fitter organisms producing more offspring, the opposite is happening with modern Homo sapiens. Impoverished, less healthy, and thus typically shorter families tend to have more children than prosperous families. Niger, one of the world's poorest and least developed nations, also has the world's highest total fertility, with women often bearing more than seven children. "Look worldwide, and the vast majority of height variation is due to differences in socioeconomic status and nutritional wellbeing," says Leonard.

Rather than natural selection, from a genetic viewpoint today's record heights speak to genes getting all they desire for maximally performing their developmental jobs. "The major changes we have seen over the last century-and-a-half in height are due to populations now being able to achieve their genetic potential in height, or more closely approximate it, than was the case previously," says Leonard.

"The big lesson," says Komlos, "is that the environment puts its stamp on the human body. It's not just genetics."

The allure of the tall

All that being said, it's worth noting that high stature is as a sign of attractiveness across many cultures. Height also serves as a strikingly reliable gauge of earning potential. An oft-cited 2004 study found that for each extra inch of height above average, someone could expect to earn per working year of his or her life up to $789 more  (about $976 in today's money, or £625). 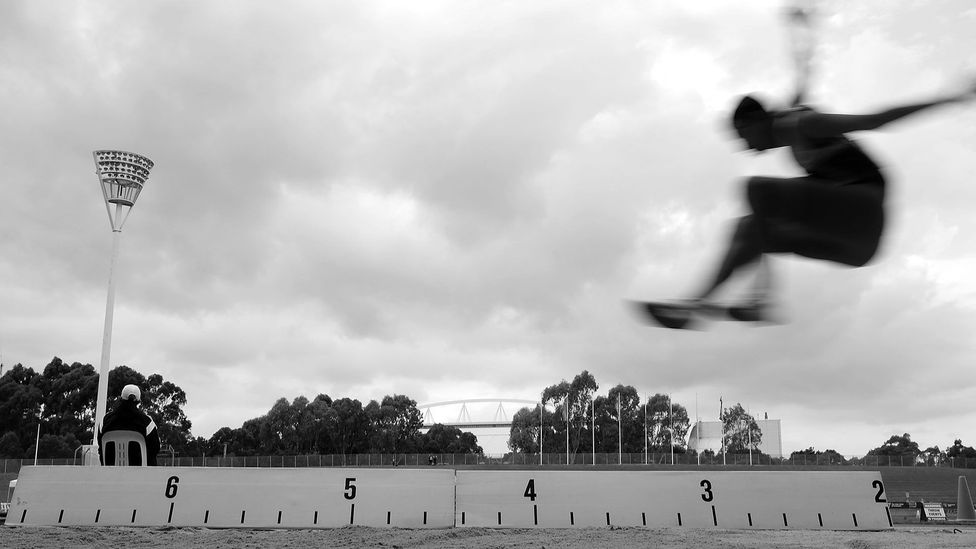 This tallness benefit does cut off though. Height clearly does not linearly correlate with wealth – athletes and famous fashion models aside. Multimillionaire CEOs are not all colossuses. Komlos says the benefit tapers off in the vicinity of 190cm as people go from aesthetically tall to, well, eyebrow-raisingly tall.

Instead of a blessing, extreme height can be a curse. Lanky people have to stoop through doorways and struggle to fit in cars. Taller folks are more prone to certain maladies as well, such as joint and cardiovascular problems. Robert Wadlow, officially the tallest man ever to have lived, is a prime example. A pituitary gland disorder made him soar to 2.72m (8ft 11in). He had to wear leg braces as he got older in order to walk; an infected blister from a poor-fitting brace contributed to Wadlow's death, age 22. 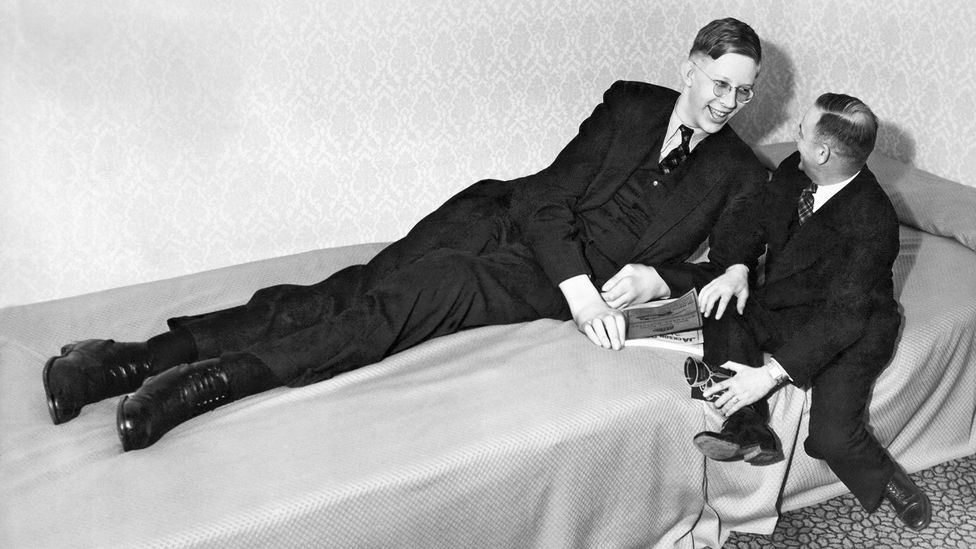 Given these considerations and the recent historical run of height gains, Komlos thinks humankind has probably reached its population-level pinnacle. "The Dutch, to me, give you the maximum for a human population," says Komlos. "They're just about as tall as we can be under optimal conditions."

Leonard agrees. "I think, by and large, populations of the industrial world are increasingly sort of reaching the thresholds of our genetic potential."

If we've indeed topped off terrestrially, what about extraterrestrially? Could people living in space or on other worlds somehow end up taller than conventional Earthlings?

This notion of non-Earthly lifestyles altering human forms frequently pops up in science fiction. In Kim Stanley Robinson's award-winning "Mars" trilogy, for instance, we colonise the Red Planet. Supposedly owing to Mars' gravity being only 38% that of Earth's, within a couple generations, humans born-and-raised as Martians tower over their grandparents.

While we won’t know for sure until we set up shop elsewhere, among the best insights we have into what “off-worlding” might do for our stature comes from astronauts. Just a few months of living aboard the International Space Station (ISS) in essentially weightless conditions leaves humans several centimetres taller, albeit temporarily – the extra height goes away after a few days back planetside. 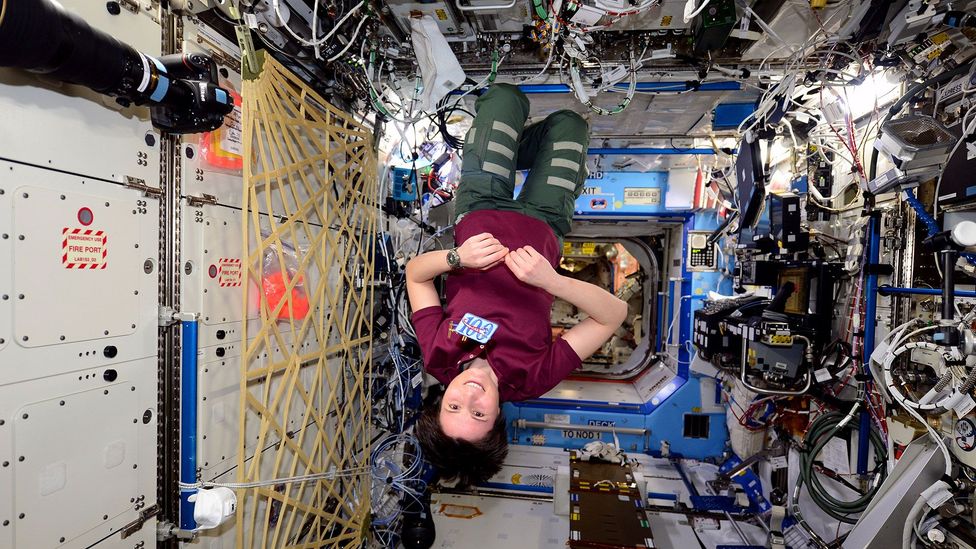 The increased height occurs because the jelly-like, cushioning "intervertebral" discs in astronauts' spines fill with fluid and expand. Normally, standing up in standard Earth-gravity compresses these discs. Because we sleep horizontally at night, we actually wake up ever so slightly taller courtesy of fluid-engorged intervertebral discs. "When we're walking around in the morning and we have that one-g [force] push on us, these discs start to extrude some of that fluid," says Jean Sibonga of the Human Research Programme at Nasa. Sibonga and her colleagues are studying these spinal changes to see if they're harmful in the long term. All we know right now is that astronauts do report back pain often, likely related to their spines not compressing as usual.

The situation on Mars, with its plentiful gravity compared to the ISS, would not be as bad. Then again, colonists would probably intend to live on the Red Planet permanently. These brave homesteaders might well suffer from backache as a consequence. But these pangs might pale next to other known low-gravity medical issues, including bone mass loss and skewed endocrine systems. Rather than evolve into giants, Martians might be a bit infirm.

Support for this prediction comes from Leonard's studies of populations on Earth living in extreme environments, such as high up in the Andes Mountains or in the frigid Siberian high Arctic. These stressful conditions, Leonard says, translate into the body using proportionally more of its energy just for maintenance, instead of growth. Accordingly, folk in these regions do not tend to be tall. 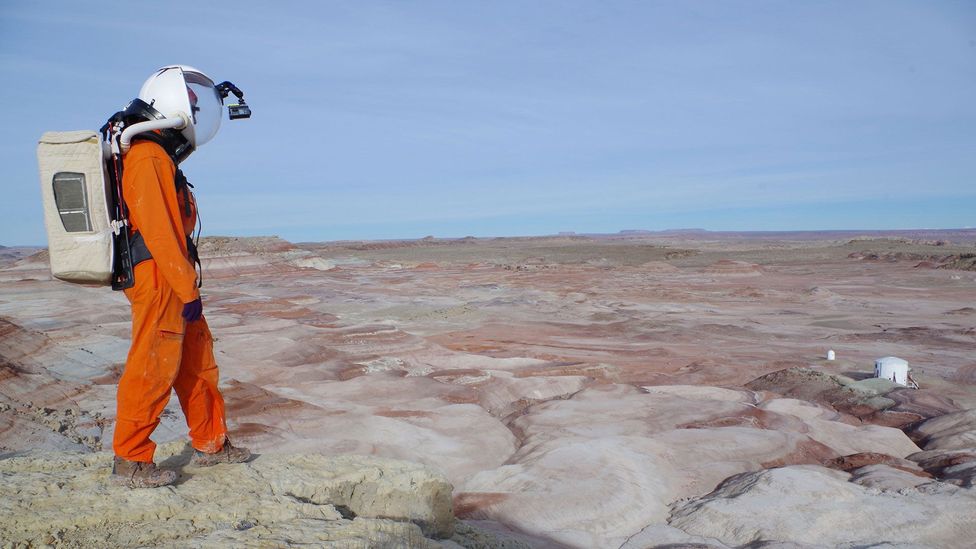 Colonising a whole new planet would certainly be stressful. Mars is a frozen desert with no breathable air. All food production and living would have to happen inside shelters. Plus, Mars's day is longer than Earth's, which would mess with our biologically ingrained, regulating circadian clocks that are tuned to a 24-hour cycle. "That would likely drive things out of whack," says Leonard.

Shed all Earth’s comforts, and Martian or space-borne populations may well be likelier to shrink in average height compared to their comfortable Earthling brethren.

"All things being equal," says Leonard, "I think there could be a scaling down of size on Mars, rather than a ramping up."

In Depth
1‘I woke up sounding French’
In Depth
2How to learn with zero effort
In Depth
3A memory trick to lose weight
Ultimate Limits
4What’s the most we can remember?
Around the BBC