Loading
Last Place on Earth | Anthropology
Will dictators disappear?
Share using EmailShare on TwitterShare on FacebookShare on LinkedinShare on Whatsapp 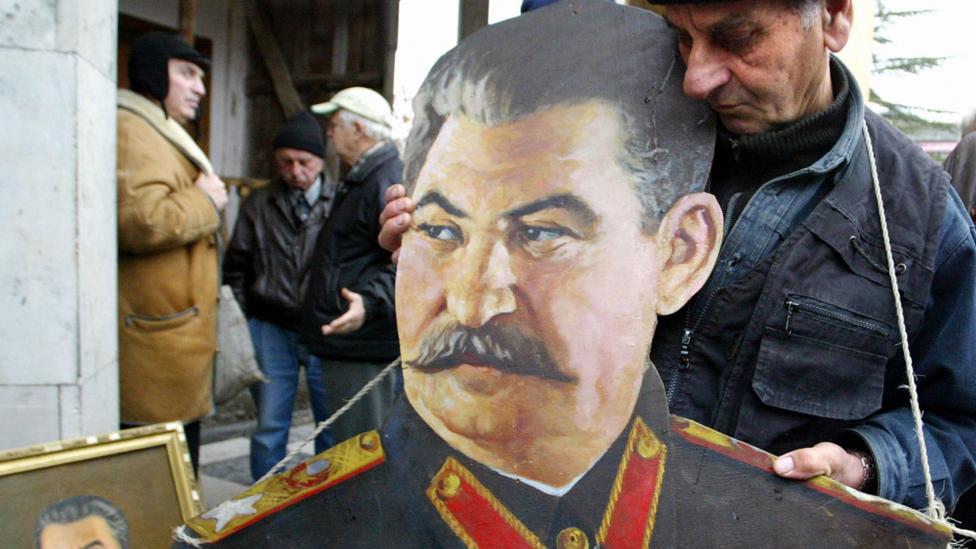 Given these statistics, ending dictatorship once and for all would seem a worthwhile goal. But is that likely? What allows a dictator to thrive, and how might things change in the future for these leaders?

The terms ‘dictator’ and ‘dictatorship’ can, of course, be subjective – even pejorative. In the academic world, though, the words have more measurable and objective definitions. According to Natasha Ezrow, a senior lecturer in the department of government at the University of Essex, most experts who study dictatorships start with a simple definition: “When there’s no turnover in power of the executive, then it’s a dictatorship,” she says. This means dictatorships could be built around an individual who has established a personality cult, a single governmental party or a military-run oligarchy. 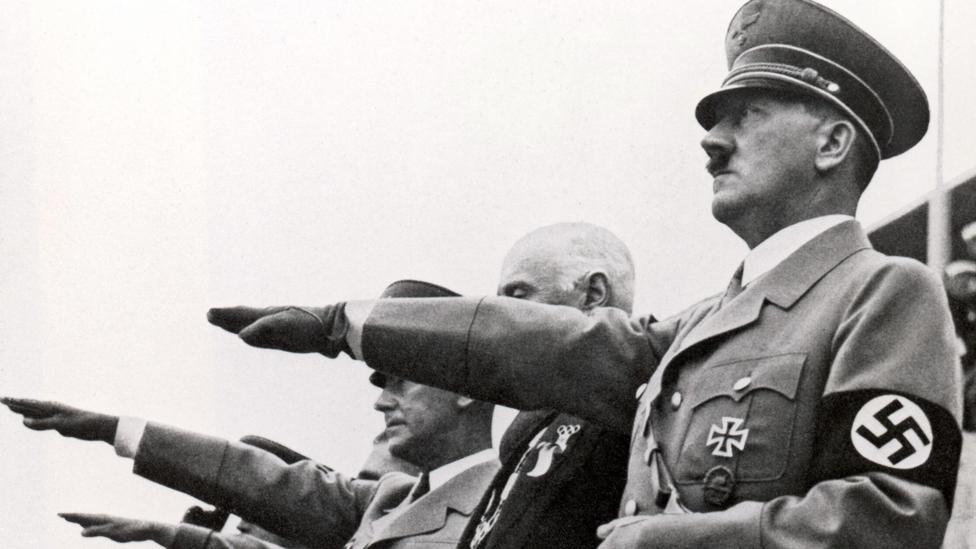 Hitler established the 'fuhrerprinzip', the idea that his word was above all law (Credit: Getty Images)

Typically, dictatorships – as seen by researchers – have a few other hallmarks, too. Unlike monarchs, who are drawn from a very small pool of people – usually a royal family – dictators can be selected from a large portion of the population. But their winning coalition is very small, and they likewise depend on relatively few people to keep them in power. For comparison, in the UK, the ratio of the winning coalition to the selectorate is usually 25% and in the US it is usually over 30%. In some countries, the number of people who have a real say in who stays in power can be as low as a dozen to a few hundred.

A ‘clique of cronies’ is all-important for the dictator

Dictatorships may or may not include some degree of state terror, but according to researchers, they almost always involve collusion, especially appropriation of state funds to a select clique of cronies. “When you depend on the support of very few people to stay in power, then the efficient way to govern is through corruption, bribery, blackmail, extortion and so forth,” says Bruce Bueno de Mesquita, a professor of politics at New York University. “You can keep a small group of people loyal by paying them really well.”

Given this set up of power, a dictator who wants to remain at the top of the heap doesn't work on behalf of the larger population, but for the benefit of the handful of people he – historically, it always is a he – depends on for maintaining control. “The bad behaviour of dictators is not an inherent pathology of the people, or the bad luck of having psychopathic leaders,” Bueno de Mesquita says. “It’s because the political structure induces those behaviours.” 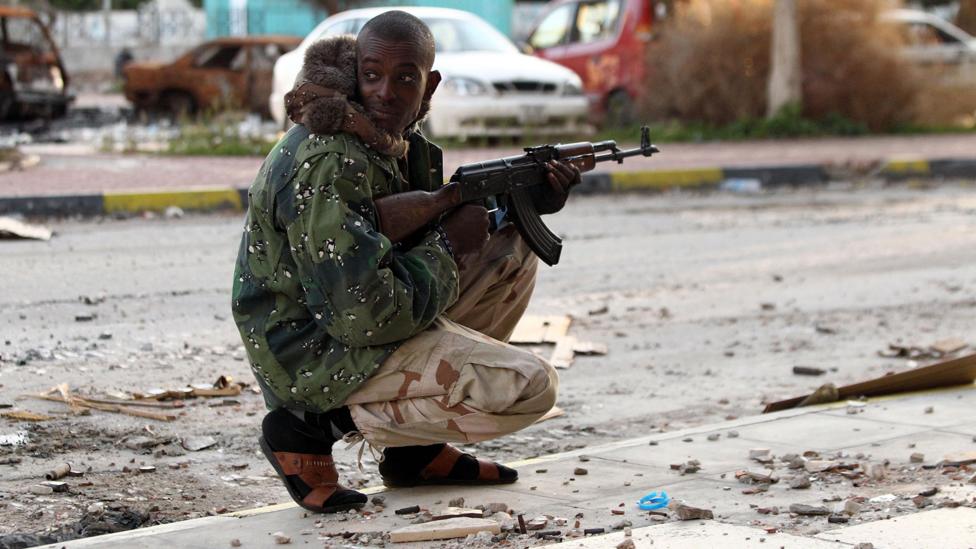 In Africa, some leaders persist because of their nation's wealth in resources (Credit: Getty Images)

Even after paying cronies off, however, there still tends to be a lot of discretionary money left over, and that’s where the dictator’s character is really tested, according to academics like Bueno de Mesquita: he can either ferret that money away for himself and his supporters, or he can use it to better the lives of his citizens. But even if he falls into the latter category – and plenty of dictators do – that doesn’t mean things will go well. Having genuinely good intentions for society does not automatically translate into having actual good ideas for implementing those intentions, as some have so disastrously demonstrated. In their attempts to improve their citizens’ welfare, these authoritarian leaders made their subjects worse off. “So dictatorships could work out, but they are a very risky thing to gamble on,” Bueno de Mesquita says. “It’s easy to be kleptocratic, and most people have really bad ideas.”

Researchers identify another common problem associated with dictatorships. Dictators are not evil by definition, but many do share a particular set of unfortunate personality traits. They might harbour fantasies of unlimited power, beauty, glory, honour and domination, paired with a lack of empathy. “Probably, the job opening of dictator appeals to the nastier end of the range of our species, in particular, to narcissists” says Steven Pinker, a professor of psychology at Harvard University.

The causative factors that give rise to dictatorships in the first place have not changed much over the centuries. Some of the first were established in Classical Rome in times of emergencies. “A single individual like Julius Caesar was given a lot of power to help society cope with a crisis, after which that power was supposed to be relinquished,” says Richard Overy, a historian at the University of Exeter. “But usually, he wasn’t so keen to relinquish it.” Many modern and recent dictatorships – those of Adolf Hitler and Benito Mussolini, for instance – were also established in times of turmoil, and future ones likely will be, too. “Over the next century, there will be acute points of crisis,” Overy says. “I don’t think we’ve seen the end of dictatorship any more than we’ve seen the end of war.”

Pol Pot was responsible for the deaths of millions of Cambodians (Credit: Getty Images)

But just as violence on a whole has declined across history, so, too, has the number of dictatorships, especially since the 1970s, as regimes across Latin America and Eastern Europe fell. There are slight undulations; the crumbling of the Soviet Union was accompanied by a steep decline in dictatorships, but now many of those countries are creeping back toward that former mode of governance. Overall, though, dictatorships are scarcer now than they were in the past. “It’s harder for people to justify dictatorships today, partly because the whole globe is in the eye of the media,” Overy says. “Getting away with things is more difficult than it used to be.”

Consequently, days might be numbered on at least some remaining dictatorships – particularly if their oppressive rule is contributing to home-grown economic problems. “When you’re operating in an economy that’s perpetuating your collapse, your backers become nervous that you won’t be able to help them, so they start to shop around,” Bueno de Mesquita says. Such situations sometimes result in military coups, he adds, which tend to push countries in a more positive direction for citizen wellbeing, at least based on past examples.

Some dictatorships, however, show no signs of cracking. “What we largely have now are extremely durable dictatorships,” says Erica Chenoweth, an associate professor of international studies at the University of Denver. “The ones that persist today are the ones that have perfected the art.”


For instance, some African and the Middle East governments that fit the dictatorship definition are wealthy enough to fuel their continuing existence. “In Africa, there’s been more of a push for democracy, but they have resources like diamonds, oil and minerals that not only create instability but are used by the state to buy people off,” Ezrow says. “Whereas in the Middle East, there hasn’t been a lot of outside push for them to become democracies because they’re stable, and others want them to remain stable.”

Another reason some dictatorships are likely to stay put and others to arise is that democracy, counterintuitively, can encourage them. “People have the naive notion that democracies are interested in promoting democracy,” Bueno de Mesquita says. “But that’s not true, and for good reason.” The fundamental job of democratic leaders, he explains, is to implement policies that will benefit constituents at home, not in another country. Because a dictatorial leader needs to appease cronies, democratic leaders often find they can simply pay dictators to do what they want. It’s a win-win for the dictator, who needs cash, and for the democrat, who needs policies that satisfy voters back home. 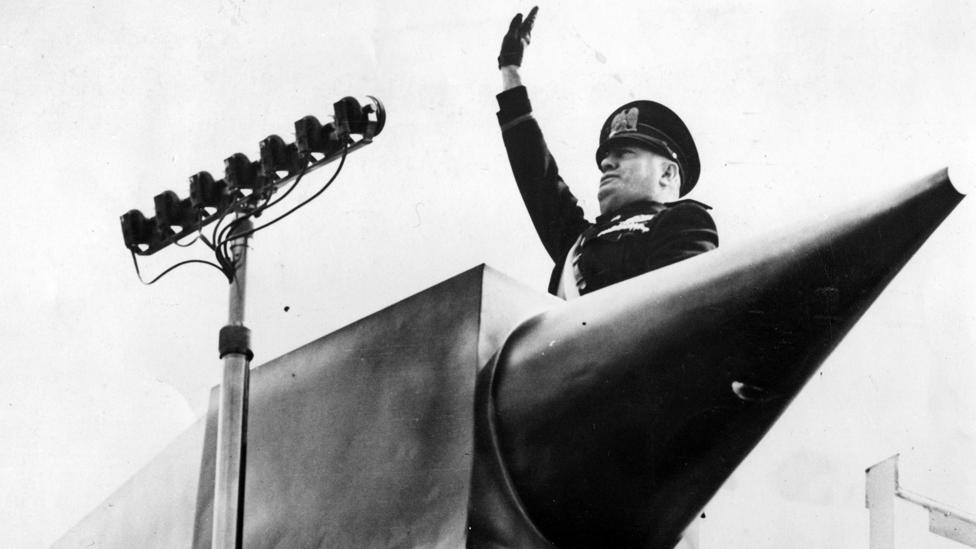 Mussolini ruled constitutionally until 1925, when he made himself a dictator (Credit: Getty Images)

So while it’s impossible to predict where dictatorships will arise and where they will prevail on the long term, they will almost certainly always be with us. “I think that every country is a little bit at risk of becoming a dictatorship,” Chenoweth says.

Is a bad democracy worse than a humane dictatorship?

Contrary to popular Western belief, however, this isn’t necessarily a bad thing for all places and people. Not all dictatorships end in misery, and not everyone wants to live in a democracy. “A bad democracy might be worse than a humane dictatorship,” Pinker points out.

There is no proof that the desire for freedom and democracy is an innate part of human nature, Ezrow says. As long as quality of life remains high and people are allowed to live their lives as they wish, citizens can be completely happy under a dictatorship. Some even become nostalgic for the authoritarian regime after they lose it. “When I was younger, as a student in graduate school, I just assumed that everyone wanted to be living in a democracy,” Ezrow says. “But if you look at survey research in some countries under authoritarian regimes, people are happy.”

In other words, ending all dictatorships might not be ideal for everyone. As long as leaders avoid the inherent pitfalls of that mode of governance and take their citizens’ wishes into account, dictatorships are simply a different approach for leading a country, one that values order over individual liberties. As Ezrow puts it: “Some cultures may just prefer security and stability over freedom.”