Loading
Will We Ever? | Space
Will we ever… build ringworlds?
Share using EmailShare on TwitterShare on FacebookShare on LinkedinShare on Whatsapp 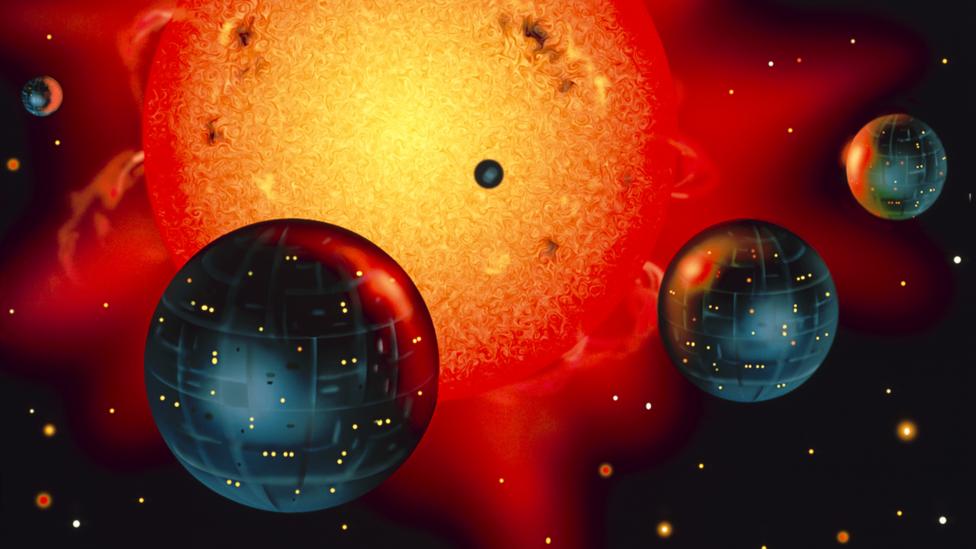 Huge ring-shaped worlds orbiting distant stars have become an iconic image of science fiction. Their pristine landscape, contained within a thin, ring-like structure, has tantalised our imagination. The ringworld has become a common motif, a future base for humanity…

“This is all a lot of nonsense of course,” says retired professor Freeman Dyson. It is Dyson who popularised the idea of these megastructures; they would eventually become known as Dyson Spheres. Dyson “borrowed the idea” from science fiction writer Olaf Stapledon’s 1937 novel Star Maker, in which a travelling Earthman encounters megastructures built to harness the power of nearby stars. While Dyson envisioned these spheres as a shell of orbiting structures, used for the collection of maximum possible energy from a star, science fiction authors assumed them to be a habitable sphere enclosing the star.

Ten years after the release of Dyson’s article on such structures in a 1960 edition of the journal Science, author Larry Niven decided to use the equatorial ring of a Dyson Sphere as the setting for his novel Ringworld.

Ringworlds have since featured in the Halo video games, the 2013 film Elysium and the Culture novels by Iain M Banks. 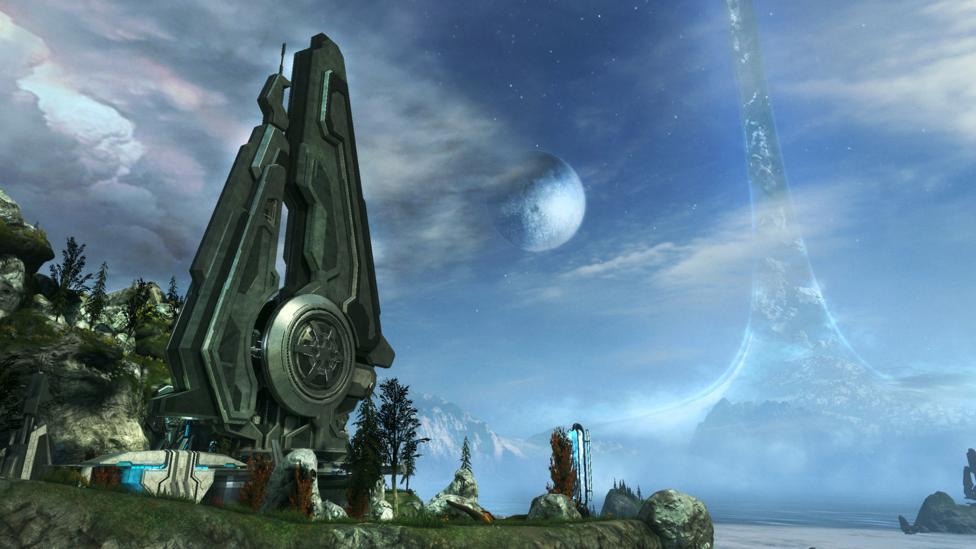 In the computer game series Halo, much of the action take place on ring worlds (Credit: Microsoft)

Those in Halo are gigantic artificial worlds, where people are able to live on the sprawling landmasses on the inner side of the ring, whilst a hardened shell protects the outer side.

In Neill Blomkamp’s Elysium, meanwhile, the ringworld orbits the Earth, and is more akin to a space station. But in the real world, how likely is it that these rings could ever be built?

As with all things, size matters. Ringworlds are megastructures – and as such would require an incredible amount of material and energy to build.

But there are places where that material is available. The Kuiper Belt is a region of the Solar System extending for approximately 1.86 billion miles (2.97 billion kilometres) beyond the orbit of Neptune.  It is filled with asteroid-like bodies thought to be an ideal source of raw materials.

Science fiction author and former research astronomer Alastair Reynolds says: “There is enough material in the Kuiper Belt to build anything out there. We could gobble up all the little asteroids, filtering out all the volatile materials, leaving us with bits of rock and using that to make some incredible structures.”

However, the astronomer Dr Katie Mack disagrees. She says: “The Kuiper Belt is pretty diffuse and you would need to gather and dismantle a lot of bodies to get enough stuff together.”

If – and this is a big if – a future society has both the time and capability to harvest and transport material from the Kuiper Belt to the necessary orbit, then there will be sufficient raw material from which a ringworld could be constructed. However, this brings into question whether the immense amount of time and resources required can justify such an endeavour.

A ringworld would also need to maintain some form of gravity; otherwise everything, including the atmosphere which it would need to keep its inhabitants alive, would float off into deep space.  The most common way to create artificial gravity is through the generation of centrifugal force through rotation. However, making such a massive object spin at the speed required would be a colossal undertaking. 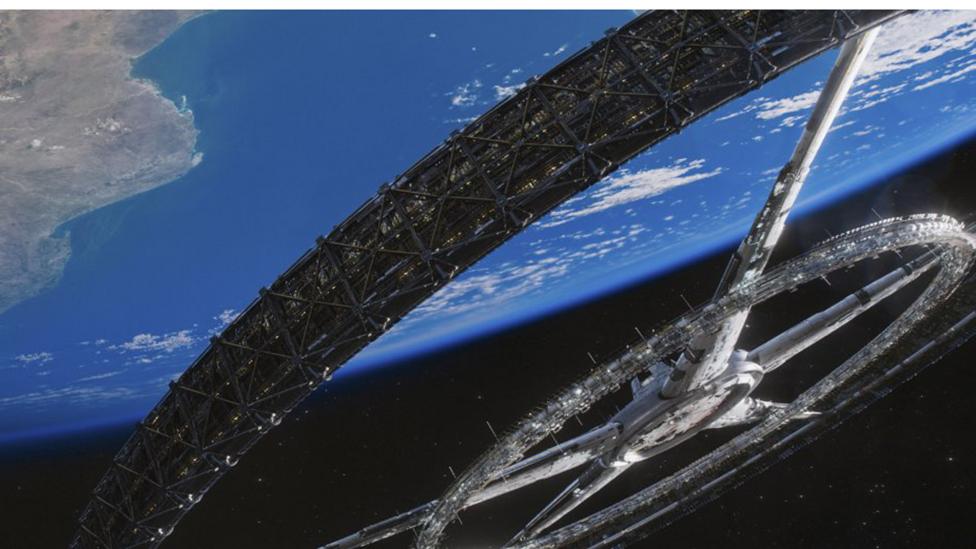 The miniature ring world in Elysium is the size of a large space station (Credit: TriStar)

Care would have to be taken in ensuring that the rotational forces are evenly distributed, otherwise the structure could rip itself apart. Thankfully, as space is a frictionless environment, once it is spinning at the correct speed there will be little to slow it down.

The greater the diameter of the ringworld, the greater the shear forces that will be exerted upon it when the structure rotates. According to Mack, the strength of these shear forces acting upon a ringworld is dependent upon “how close you are to the star and how much gravity you need”.

Assuming that the ringworld shares the same diameter as that of the Earth’s orbit (about 186 million miles, or 300 million km on average), and required approximately 1G of gravity, the ringworld would need to rotate at approximately 1,200,000mph. The shear forces would be so immense that Mack says we would “probably have to find a new way to bind atoms together that is stronger than anything we know”.

“The forces are bad enough when you are building a little space station” explains Reynolds, “but imagine them on something the size of a solar system.”

One theoretical solution to overcoming this engineering problem could be through some form of piezoelectricity. Put simply, that means a material could be artificially strengthened by running power through it.

However, given the size of ringworlds, and how much power would be required, this would, again, be a colossal undertaking and grossly inefficient. Likewise, using such a method also comes with the need to ensure an even distribution of power throughout the entire structure, and with it the risk of a catastrophic power failure.

What would you actually do with one?

The final problem facing ringworlds is maintaining their orbital stability around the star. Reynolds remembers how shortly after Larry Niven’s Ringworld had been published, “fans calculated that if the ringworld was displaced slightly closer to the star it would lose its equilibrium situation and would drift closer to the star and then blow up”.

Niven addressed this in later Ringworld novels by having altitude rockets attached to the outside edge of the ringworld in order to regularly stabilise its position and ensure it remained exactly centred on the star. 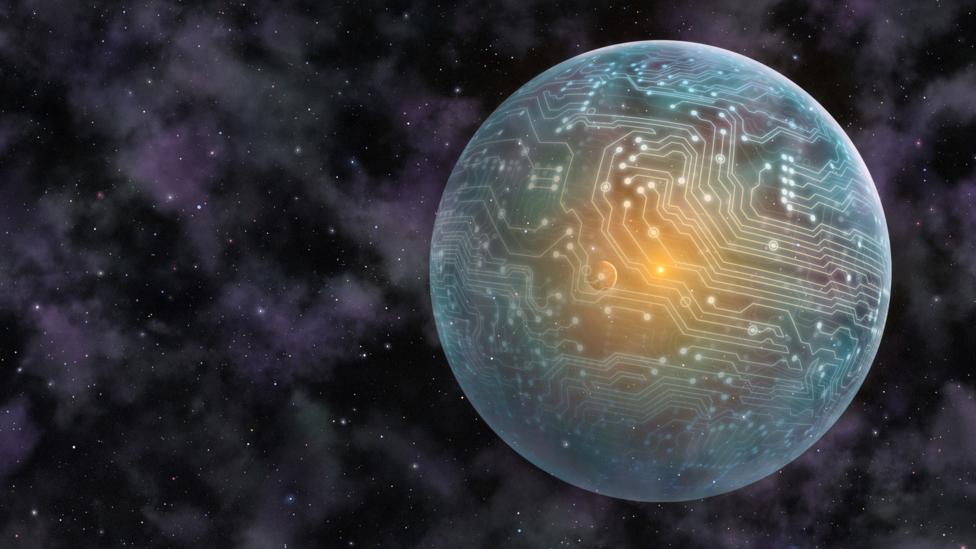 Assuming that a future society possesses the large-scale stellar engineering capability to build a ringworld, has developed a way to strengthen the structure such that it can withstand the shear forces acting upon it, and has devised a suitable method to maintain its orbital integrity, what would you actually do with one?

The Orbitals in Banks’ Culture novels were intended as vast space habitats, whilst the Halos in the Halo videogames were intended as a galactic doomsday device, primed to detonate and wipe out a virulent alien infection. However, Dyson envisioned his spheres as a means by which to maximise energy collection from a star, not as an alternative to terraforming a planet to make it habitable for humans.

Mack says: “We could make a ringworld instead of having to terraform worlds that already exist.”  However, she believes, this would not be the most efficient solution. She goes on to explain that “any society that could successfully construct [a ringworld] could probably just as easily find a rocky planet that is in a favourable orbit and terraform its surface”.

While the technology for terraforming is different to that required for building a ringworld, the level of necessary technological progress required would be similar. For all their epic grandeur, ringworlds are scientifically unfeasible and grossly inefficient examples of stellar engineering.  “They are a solution in search of a problem,” says Reynolds.