Just how steeply can a plane climb off the runway? Steeper than you think, writes Stephen Dowling.

It’s a manoeuvre you might not think is possible. The crew of a Boeing 787-9 Dreamliner, one of the newest planes in the airliner giant’s fleet, has been filmed practising for a demonstration at this year’s Paris Air Show. The plane takes off – just as normal – and then suddenly climbs almost vertically, as you can see here:

It’s not the kind of take-off you’re ever likely to see performed at Heathrow or Chicago O’Hare.

The steep climb creates a lot of drag, because the plane is positioned less aerodynamically as it travels forward. This slows it down, and takes the plane closer to the point at which it will stall.

How is it possible for such a large plane to stay in the sky at such an extreme angle?

In the 787’s case, both engines running normally means there’s an awful lot of spare power to be used if needed. Carrying no passengers or cargo helps too.

While pulling such a stunt on take-off from JFK is unlikely to win a pilot many friends among travellers onboard, it’s the kind of thing people pay good money to see at an airshow.

You can see a US Navy P-8 Poseidon – a US Navy patrol plane based off the Boeing 737 airliner – pulling a similar stunt at an airshow below:

The Royal Air Force’s BAC Lightning interceptor, which served from the late 1950s until the late 1980s, was renowned for being able to climb almost vertically (pilots said flying one was like “being saddled to a skyrocket”). You can see one two-seat training version of the Lightning do just that in the video below (from 1.20). 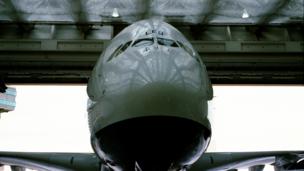 Up close with a flying giant 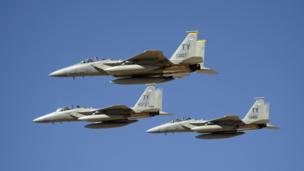 Why does Nasa need fighter planes? 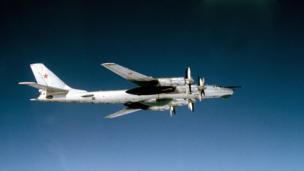 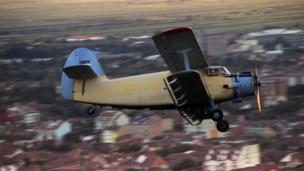 The plane that can fly backwards