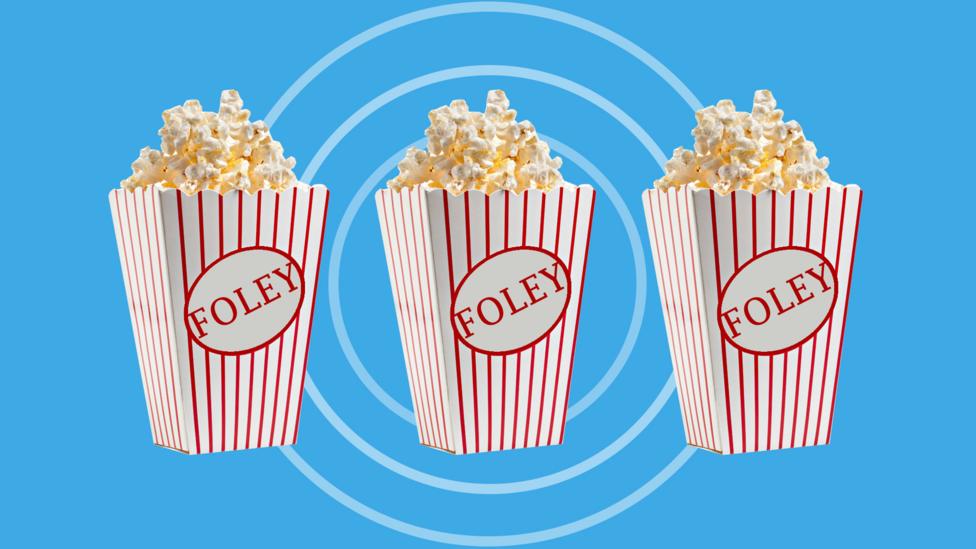 You might not have heard the term ‘Foley’ before, but you will possibly have witnessed it – probably in the last film or TV programme you watched – without even realising.

Foley is the process of adding sounds to films, television and radio programmes after they have been recorded, pioneered by Jack Foley in the silent film-era of the early 20th Century. The sound effects are artificial, created with props or sources that are often radically different to what appears on screen. In cinema, the sounds of monsters or futuristic technology, for instance, have been created using every from envelopes to breezeblocks and biplane motors.

It’s not just for fictional TV or movies either. In a radio documentary, The Sound of Sports, Dennis Baxter describes how sounds are added to sporting events, from rowing to athletics. In horse racing, for example, it would be impossible to lay microphones around an entire course, so a pre-recorded track is played over the top. But instead of pre-recorded horses, they use the slowed-down sound of a buffalo stampede. Sometimes Foley sounds may be used because they feel more ‘real’ to us than the real thing.

Below we look at some intriguing Foley examples you may recognise from TV and the big screen – let us know on Twitter or Facebook if you’d add to the list: 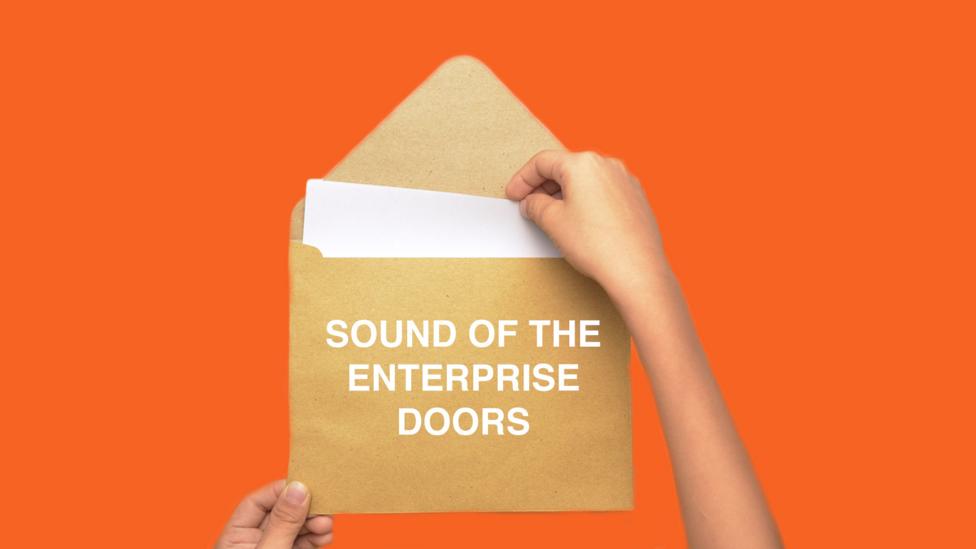 The swish of the doors in Star Trek were made with simple stationery (Credit: Olivia Howitt)

The sound for the sliding door in Star Trek shows how simple effects can make it onto the big screen as hi-tech sounds. Here, the noise of the sliding doors (00:20) aboard the Enterprise is a piece of paper slid from an envelope.

Lord of the Rings 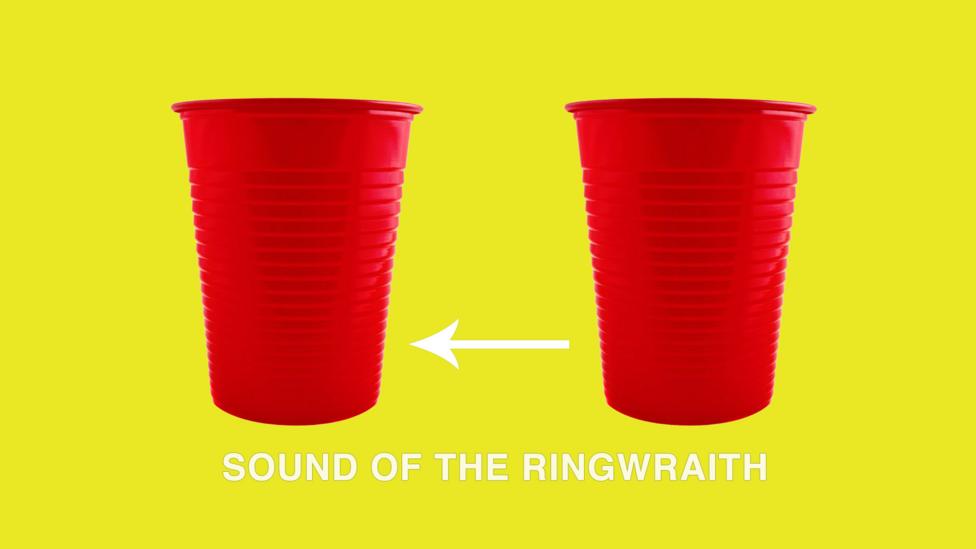 Plastic scraping together produced the screeching of the Ringwraiths (Credit: Olivia Howitt)

In fantasy films, mythical animals require sounds to be constructed from scratch. This means sound designers can be a bit more creative. The sound of the Balrog in The Lord of the Rings (00:42) was made by dragging a breezeblock along a wooden floor, for example:

Whereas the sound of the Ringwraith (02:31) is made by scraping plastic cups together, and adding some effects.

To me, the Ringwraith noise is a bit far removed from how I would imagine the original sound. It was modified afterwards to create the whole illusion, but the fact that it all began with a simple plastic cup shows the humble origins of many of these effects.

In this detailed dissection of the sound design in the 2014 remake of Godzilla, the Foley artists reveal that the groans and roars of the ‘Muto’ creatures (03:19) were made by rubbing their hand along a balloon, a rubber shoe along a drum skin and double bass strings, squeaking the joints of an ironing board and hat stand, and finally recording the sounds of a donkey foal. However, the specific ingredients of Godzilla’s roar remain secret. 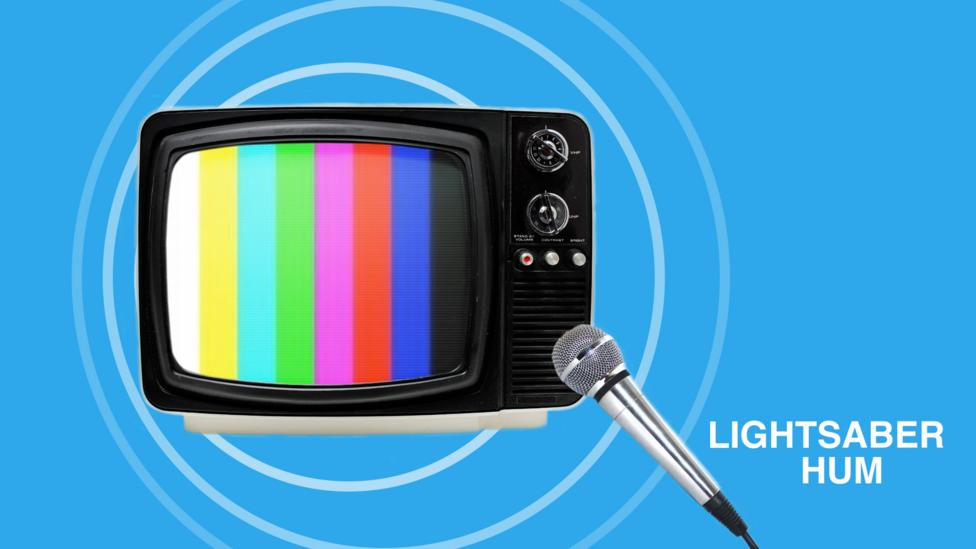 Sound designer Ben Burtt was responsible for many of the most famous sounds in film, including the original Lightsaber sound in Star Wars.

He created this iconic noise using a combination of idling projector motors and interference caused when he accidentally moved a microphone too close to his TV. It shows how serendipitous discoveries can be useful to the Foley artist. 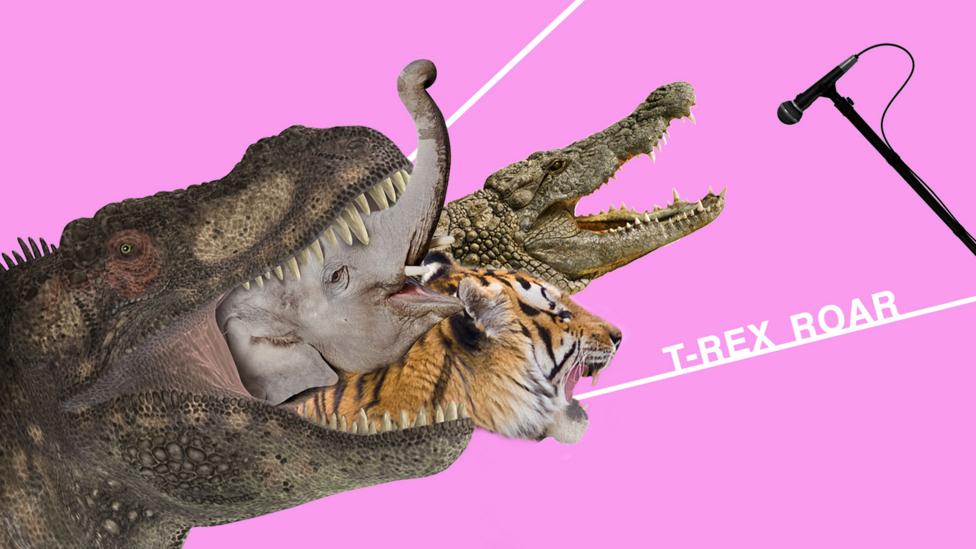 The T-Rex roar was made with myriad animal sounds (Credit: Olivia Howitt)

Although all the animals in Jurassic Park are extinct, director Steven Spielberg was keen to use real animals for the sounds to ensure that they felt like authentic living creatures. The famous T-Rex roar (01:58) is made by combining the trumpet of a baby elephant slowed down, some tiger growls and, at the end of the second roar, an alligator.

Jurassic Park’s sound designer even used his own dog chewing on a toy for one of the T-Rex’s scenes. The other dinosaurs, meanwhile, were created with chickens, koalas – and even tortoises having sex.

For the movie Jaws, Spielberg repurposed a sound from one of his earliest films, Duel, about a malevolent truck. The sound the truck makes as it crashes down a cliff face also appears in Jaws when the shark sinks to the bottom of the sea, after its final encounter with Chief Brody. It originally came from the 1954 horror classic Creature of the Black Lagoon – you can hear all three here. 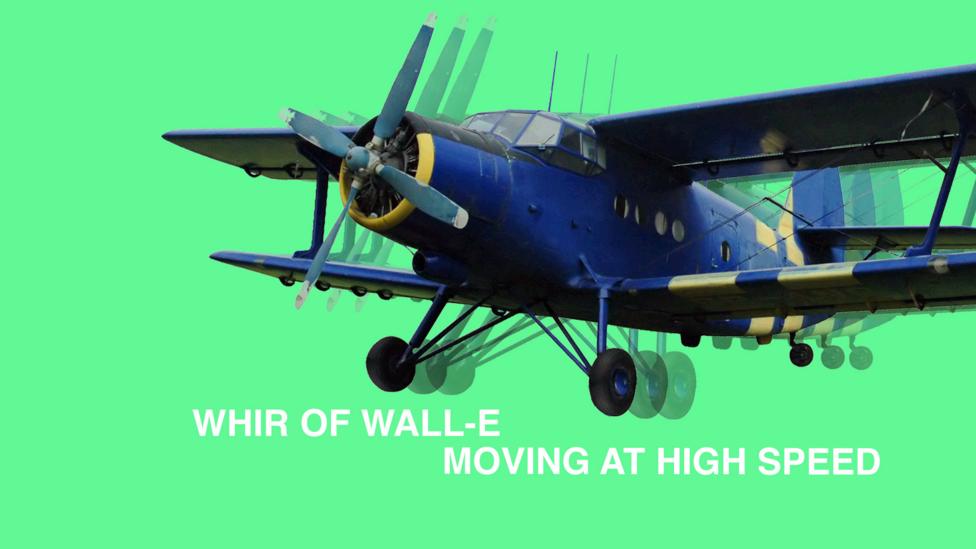 The movie Wall-E was packed with sounds - including biplanes (Credit: Olivia Howitt)

For the animated film Wall-E, set in the far future, a huge number of artificial sounds had to be found. Burtt, who was responsible for much of the sound design on Wall-E, explained in 2008 that the little robot’s movement noises were created using an old army radio generator for slow speeds and a bi-plane starter motor for fast speeds. He added there were more sound files made for this film than any of the Star Wars movies he worked on.

Like Wall-E, this animated film required all the sounds to be constructed. For the sound of Bullseye licking Woody’s face, a crew member put peanut butter on his own face and recorded it being licked by a cow (03:15).

The creativity of Foley engineers when making sound effects show how subjective our interpretation of sound is and how it is heavily influenced by the images in front of us. So listen closely next time you hear a movie monster roar, or a sci-fi technology whirr – you may be hearing the creative use of a balloon, an envelope or some other ordinary object.