The governments we create on other worlds might turn nasty. Richard Hollingham meets a group plotting revolution in space.

Two short blocks from the London headquarters of Britain’s security service, MI6, a group of 30 men and women is plotting to overthrow the government.

Not – and I should make this abundantly clear for any spooks reading this – the British government, nor any government on Earth, but a tyrannical administration on an alien world in the future.

This is not a game. The scientists, engineers, social scientists, philosophers and writers gathered at the British Interplanetary Society in London are taking their task seriously – studying, with academic rigour, the problem of toppling despotic extraterrestrial regimes.

This is the third annual conference on extraterrestrial liberty. Last year the event tackled the challenge of writing a constitution for an alien settlement, concluding that successful space colonies should base laws and liberties on the US Constitution and Bill of Rights.

“This year we’re discussing what happens if you don’t like the government you’ve created and want to overthrow it,” says conference organiser Charles Cockell, a professor of astrobiology at the University of Edinburgh.

Conclusions from these meetings will be published as essays, designed to serve as manuals for future spacefarers. 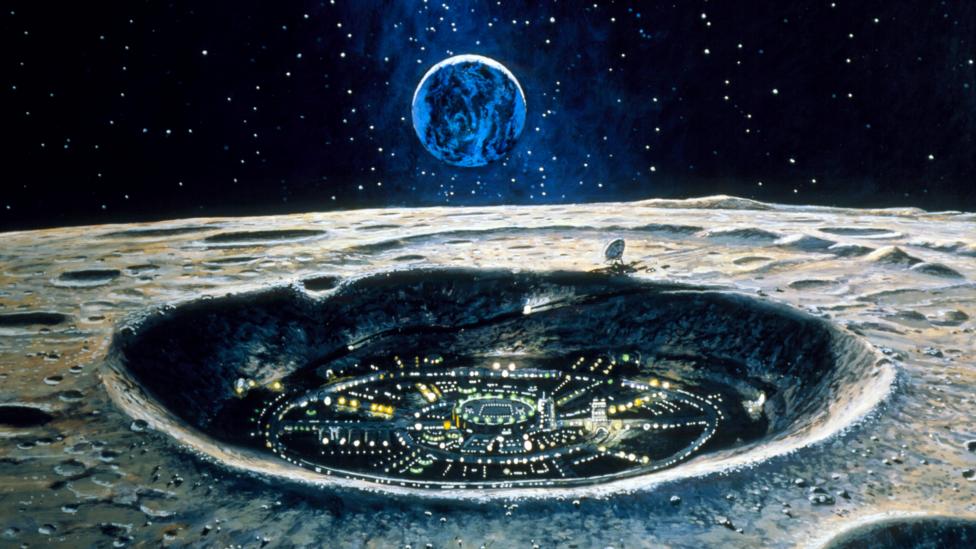 A space colony's government will be in charge of all the resources needed to maintain life (Credit: Science Photo Library)

“We hope the discussions we have will constitute the first ideas on extraterrestrial liberty,” Cockell says. “We’ve got a chance to think about what the problems might be in outer space before we go there.”

The scenarios the group is contemplating are easiest to imagine if you think about what a space colony might be like. Perhaps a domed settlement with a few hundred residents, beneath a thin dusty Martian sky. A fragile and isolated outpost of humanity 225 million kilometres from the home world. With a brutal dictator and his cronies in charge of the oxygen generators, for instance.


“Say, for example, you don’t like your government and you resort to revolution,” says Cockell. “Someone goes and smashes up the habitat, destroys the windows and instantly the place is depressurised, the oxygen is lost and everyone dies.

“The consequences of violence in space could be much more catastrophic than on Earth,” he warns, “So how do you dissent in an environment in which violent disobedience might kill everyone?”

The answer lies, Cockell believes, in preventing dictatorships emerging in the first place. This would be achieved by building non-violent means of opposition to government into the rulebook, perhaps through organised labour systems – similar to unions on Earth – or by holding the leadership to account through journalism and media.

In space, private corporations could be just as ruthless and despotic as the worst governments

“Once you stop a free press in an extraterrestrial environment, you’re actually in deep trouble,” he says.

The physical structure of the settlements could also be designed to minimise the effects of conflict, with air, water and power systems in multiple locations. Not only would this reduce vulnerabilities to a break down or failure but it would avoid the dangers of a central point of control.

However, even with a free press or organised unions there are issues in space that do not arise on Earth – particularly when companies are involved. 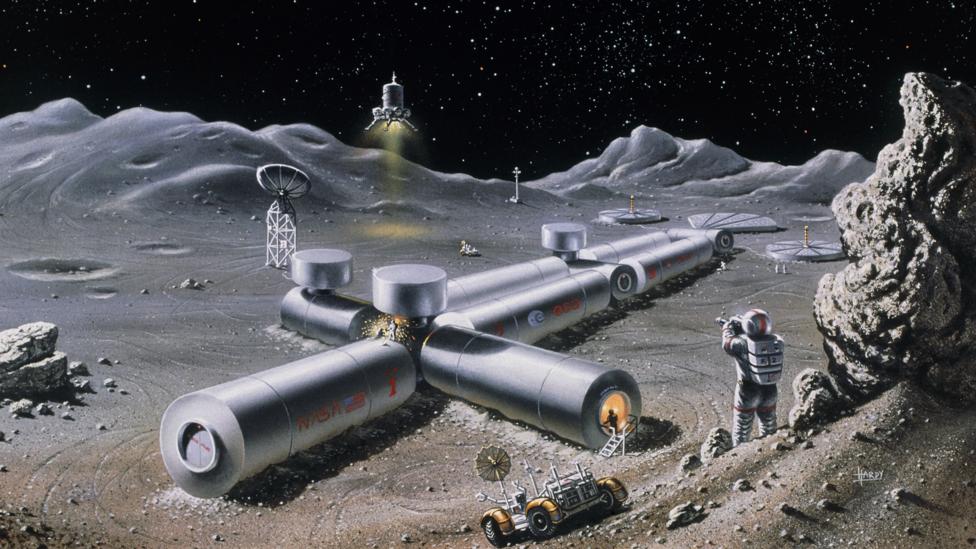 Space colonists may have to come up with non-violent ways to dissuade autocratic rule (Credit: Science Photo Library)

“As we know private corporations can be just as ruthless and despotic as the worst governments,” says Cockell. “If you strike, then maybe the corporation says ‘that’s fine – let me show you to the airlock and you can leave’ and off you go into the vacuum of space.”

And while freedoms, liberties and labour laws have evolved on Earth – at least in democratic nations – they may need to be adapted before anyone settles elsewhere. Space is a unique environment and there is a balance to be struck between slavery and total freedom. Opting out is not an option. A Martian colony that is so libertarian that everyone sits around doing nothing all day is unlikely to survive for long.

“We need to arrive at a balance between a society that maximises civil liberties but also maximises the potential for people to survive the lethal conditions of space,” says Cockell.


Although this may be one of the few times that academics have formally contemplated the challenges of off-planet living, science fiction writers have been thinking about it for decades.

One of the British Interplanetary Society’s most famous members is Arthur C Clarke and conference delegates include one of today’s best-known and acclaimed sci-fi writers, Stephen Baxter.

Baxter’s 2010 novel Ark, for instance, features a starship on a multi-generational mission to a distant new world where precisely the issues of governance arise. “You have a group of young very competitive candidates applying to get on this thing,” explains Baxter, “and then they find they’re stuck there.” 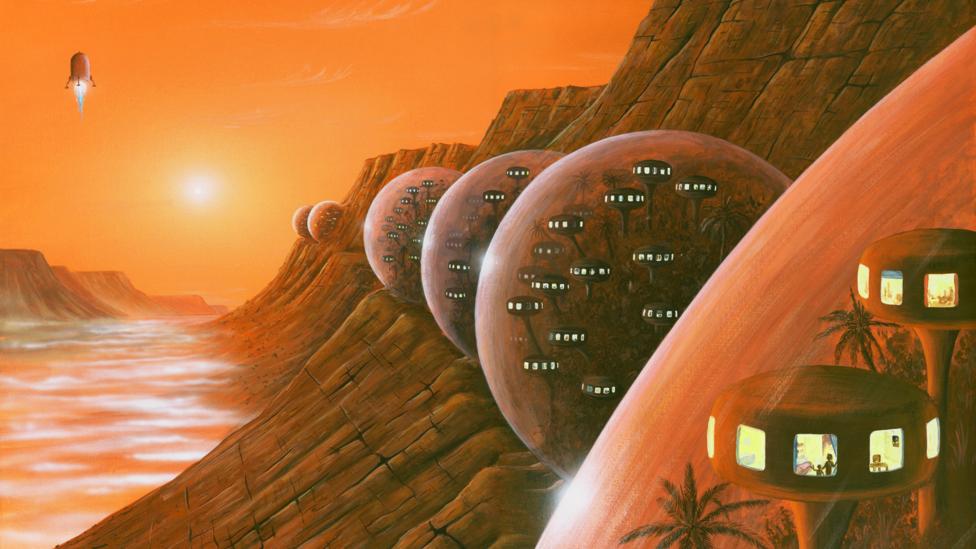 Off-Earth colonies will have to find a balance between liberty and a society where everyone contributes (Credit: Science Photo Library)

“At first it’s military discipline, then they go for a consensual government but that breaks down and a dictator takes over because he gets hold of the water supply – very relevant to this discussion,” Baxter says. “You also have a middle generation who are going to live and die on the ship and they evolve a rebellious teenage culture.” Some people do not even believe they are on a spaceship but in some sort of prison or social experiment.

“Evolving a society inside a box is a fascinating area to think about,” says Baxter. “Sci-fi writers are always thinking one step beyond, it’s a great bed of thought experiments.”

The more you anticipate, the more chance you have to get it right - Stephen Baxter

In fact one of the first known books on lunar revolution, The Birth of a New Republic, was written by sci-fi author Jack Williamson in the 1930s. The novel explores tensions within society and between the Moon and Earth. Robert Heinlein’s 1966 novel, The Moon is a Harsh Mistress, even explores the idea of a prison colony on the Moon with a despotic prison warder who controls the air supply.

For Baxter, the conference helps shift these sci-fi ideas into practical reality.

“The more you anticipate, the more chance you have to get it right,” he says. “It’s not that far away before we have long-term missions away from the Earth and we have to look at the psychology of people in enclosed environments and construct a civilisation on this basis.”

In the 1930s a colony on the Moon was a distant dream. Even in 1966 humanity was three years away from that first step. A long duration mission could happen during our lifetime. If it is to succeed and humans are to successfully colonise new worlds, we need to be prepared. 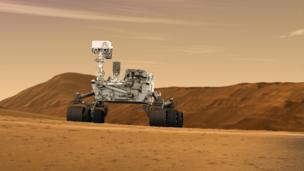 The lonely life of a lost lander 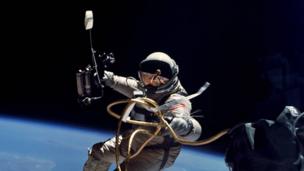 The bravest walks ever taken 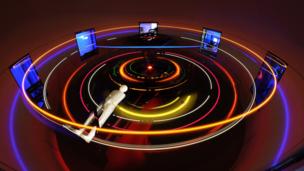 The people lying down for space 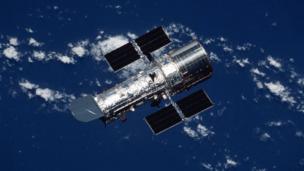 The spacewalk that saved Hubble
Around the BBC