Loading
Health | Neuroscience
‘My dentist saved my tooth, but wiped my memory’
Share using EmailShare on TwitterShare on FacebookShare on LinkedinShare on Whatsapp 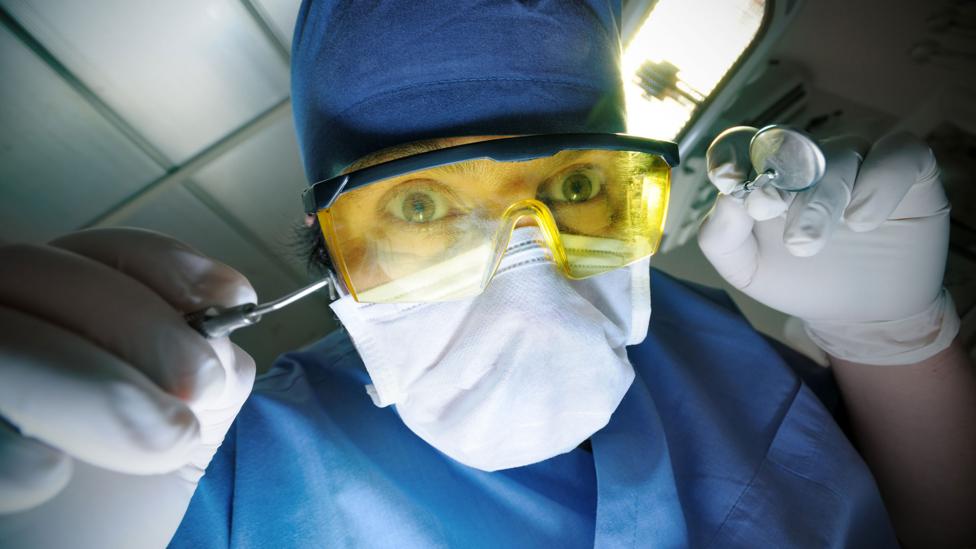 By David Robson 1st July 2015
After simple dental surgery, William lost his ability to form new memories. What happened? This real-life medical mystery should change the way we think about the brain, says David Robson.
W

William’s internal clock is eternally jammed at 13:40 on 14 March 2005 – right in the middle of a dentist appointment.

A member of the British Armed Forces, he had returned to his post in Germany the night before after attending his grandfather’s funeral. He had gym in the morning, where he played volleyball for 45 minutes. He then entered his office to clear a backlog of emails, before heading to the dentist’s for root-canal surgery.

“I remember getting into the chair and the dentist inserting the local anaesthetic,” he tells me. After that? A complete blank.

It is as if all new memories are being written in invisible ink that slowly disappears.

Since then, he has been unable to remember almost anything for longer than 90 minutes. So while he can still tell me about the first time he met the Duke of York for a briefing at the Ministry of Defence, he can’t even remember where he’s living now; he wakes up every morning believing he is still in Germany in 2005, waiting to visit the dentist. Without a record of new experiences, the passing of time means nothing to him. Today, he only knows that there is a problem because he and his wife have written detailed notes on his smartphone, in a file labelled “First thing – read this”.

It is as if all new memories are being written in invisible ink that slowly disappears. How could minor dental work have affected his brain in such a profound way? This real-life medical mystery offers a rare glimpse at the hidden depths of the brain’s workings. 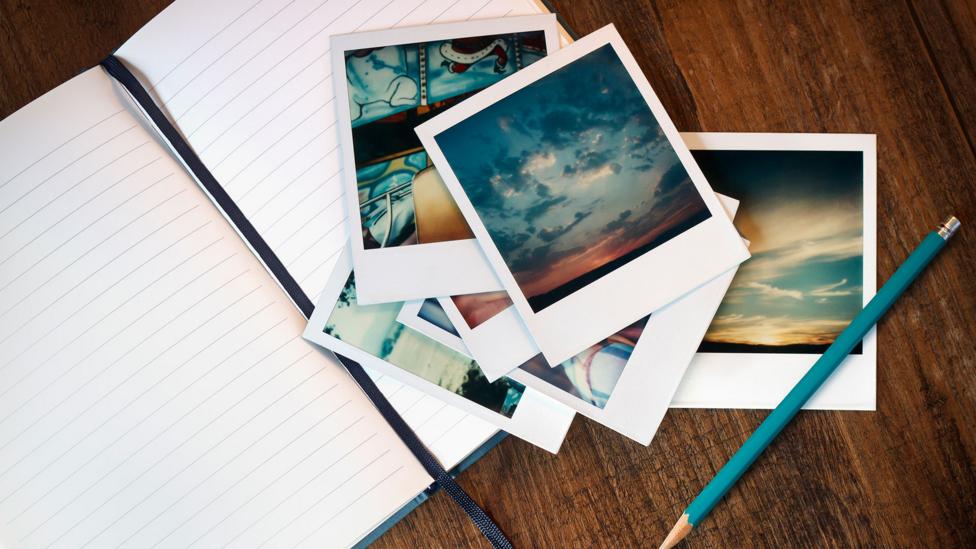 William's mental autobiography stops midway through his life - each day is a blank page that will never be filled (Credit: Thinkstock)

Even the events leading up to William’s amnesia are highly puzzling. At the time of the surgery, the dentist didn’t realise that anything was wrong; it was only after they asked him to take off his protective dark glasses that they saw he was pale, and struggled to stand up. They called his wife. “He was lying on a couch,” Samantha recalls. (Both their names have been altered to preserve the family's privacy). “His eyes were staring; he looked surprised to see me – he had no clue what was going on.” By 5pm he was removed to hospital, where he stayed for three days. Even after some of the mental fog dissipated, he was still unable to recall anything for more than a few minutes.

The doctors initially suspected that he’d reacted badly to the anaesthetic, causing a brain haemorrhage – yet they failed to find evidence of injury. So he was discharged with the mystery still hanging over him, and the family moved back to England, where he was referred to the office of Gerald Burgess, a clinical psychologist in Leicester.

The obvious explanation would have been that William had a form of “anterograde amnesia”, like Henry Molaison, whose experiences have informed much of what we know about memory. During brain surgery to treat his epilepsy, surgeons sliced out a large chunk of Molaison’s grey matter, including his hippocampi – seahorse-shaped regions at the centre of the brain. They act as our memory’s printing press, stamping the “episodic memories” of events into long-term storage – and without them, Molaison was unable to hold on to anything that occurred after the surgery.

William could work out how to solve a complex maze, only to completely forget the skill three days later.

Yet as William’s first doctors had noted, brain scans seemed to show that these crucial areas were still intact. Nor did his symptoms exactly match those of other anterograde amnesiacs. While Molaison couldn’t remember details of personal events, for instance, he could learn new “procedural” skills since they are processed in different parts of the brain. When Burgess asked William to work out how to solve a complex maze, however, he had completely forgotten the skill three days later. “It was like a déjà vu replica of the same errors – he took the same time to relearn the task once more,” says Burgess.

One possibility is that William’s amnesia is a “psychogenic illness”. Some patients report memory loss after a traumatic event – but that tends to be a coping mechanism to avoid thinking about painful past events; it doesn’t normally affect your ability to remember the present. Samantha says that William had suffered no trauma, and according to Burgess’s detailed psychiatric assessments, he is otherwise emotionally healthy. “He was a successful father and military officer with good job evaluations,” says Burgess. “There was no reason to think that there was anything wrong psychiatrically.” 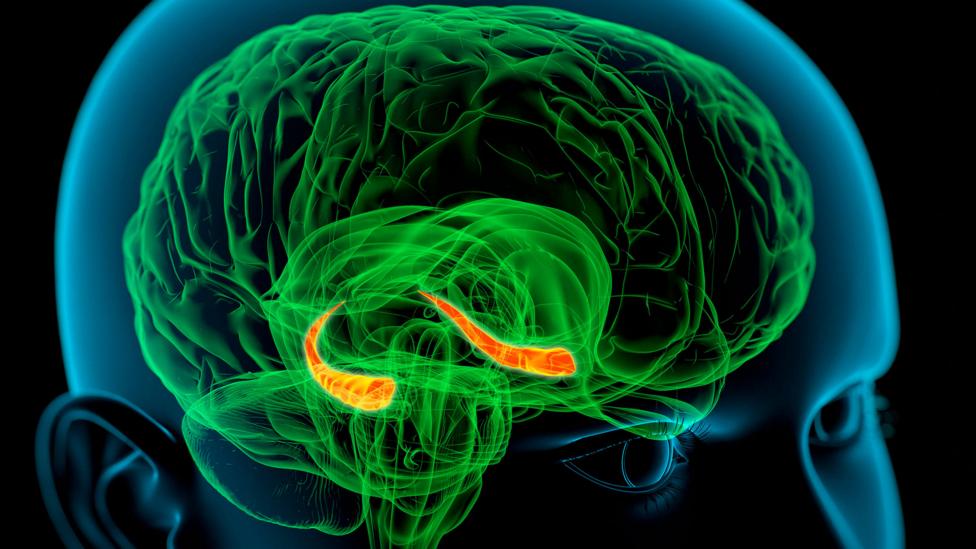 Given the evidence, Burgess instead suspects the answer may be hiding in the thicket of tiny neural connections we call “synapses”. Once we have experienced an event, the memories are slowly cemented in the long term by altering these richly woven networks. That process of “consolidation” involves the production of new proteins to rebuild the synapses in their new shape; without it, the memory remains fragile and is easily eroded with time. Block that protein synthesis in rats, and they soon forget anything they have just learnt. Crucially, 90 minutes would be about the right time for this consolidation to take place – just as William starts to forget the details of the event. Rather than losing its printing press, like Molaison, William's brain seems to have simply run out of ink.

Even so, it’s not clear why root canal surgery should have made his brain run dry in this way. “That’s the million-pound question”, says Burgess, “and I don’t have an answer.” Scouring the medical literature, he found five similar cases of mysterious memory loss without brain damage. Although none occurred during a trip to the dentist, they do seem to follow other periods of physiological stress during a medical emergency. “It could be a genetic predisposition that needs a catalyst event to start the process,” says Burgess. 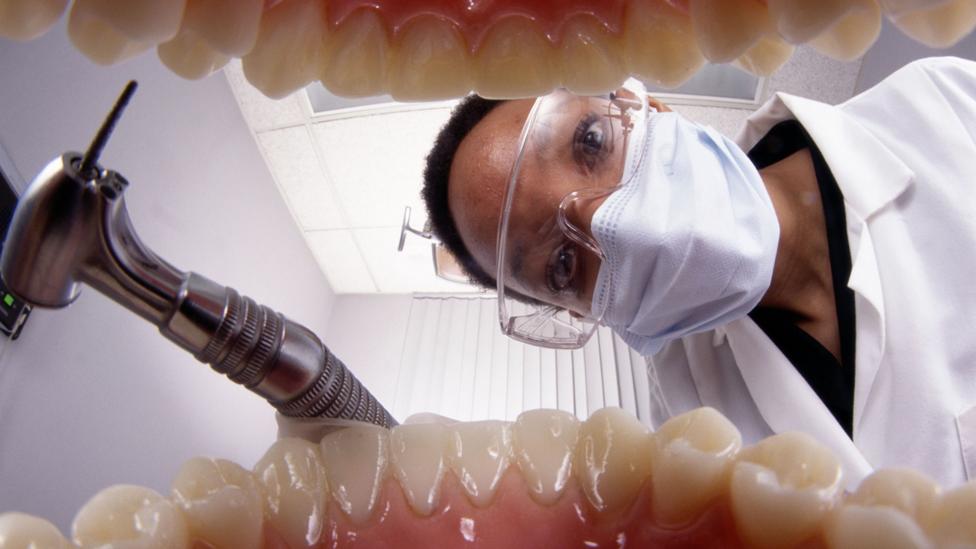 William's last memory is of sitting in the dentist's chair (Credit: Getty Images)

Burgess hopes that his new paper, which appears in Neurocase journal, will encourage other psychologists to share similar stories and perhaps spark other theories. They are already intrigued. “It is a bit of a head scratcher,” admits John Aggleton, at Cardiff University in the UK. He would like to see more detailed tests, looking more specifically at the long-distance connectivity of the brain. Even if there’s no damage to the brain cells themselves, William may be missing some of the necessary wiring around the hippocampi and other parts of the memory processing pipeline, he thinks.

For the time being, William helps to remind us just how little we know about our own minds. Mesmerised by colourful MRI scans, many now think of the brain as a kind of computer, with separate chips devoted “memory”, “fear” or “sex”.  Yet William perfectly demonstrates why this modular view of the mind is over-simplistic. Even when all that machinery is apparently intact, you can still find yourself lost in the present, with no way of bridging the past and the future. Clearly, the brain has many more layers to be peeled away before we can get to the heart of what makes us who we are. 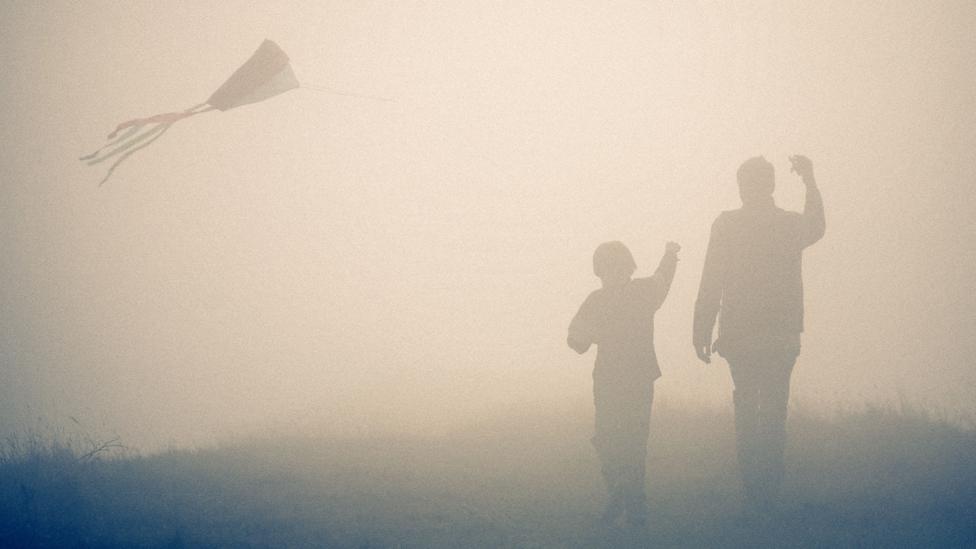 In William's mind, his children haven't aged since he first lost his memory (Credit: Getty Images)

In the last 10 years, William has been able to cling to one new fact – his father’s death.

William also demonstrates just how the powerfully our emotions shape our minds. In the last 10 years, he has been able to cling to one new fact – his father’s death. Somehow, the force of his grief helped him to forge new tracks in the brain and grasp on to that fact, when everything else has slipped away. Even then, he is unable to remember the events surrounding it, nor the bedside vigil in his last few days.

When I speak to him, he has just relearnt – for the thousandth time – that his daughter and son are now 21 and 18, not the young children he remembers. He hopes the rest of their lives will not be lost to him. “I want to walk my daughter down the aisle and remember it. Should they become parents, I would like to remember that I have grandchildren, and who they are.”

In Depth
1The people who are lost in time
In Depth
2The man with two hearts
Medical Myths
3Can a whack bring memory back?
In Depth
4The man who saw time stand still
Around the BBC