We’re all just animals… right? Not so fast, says Melissa Hogenboom, a few things make us different from any other species.

"I am become death, the destroyer of worlds." So said the physicist Robert Oppenheimer, who helped to invent the atomic bomb.

The two bombs dropped on Hiroshima and Nagasaki in 1945 killed around 200,000 Japanese people. No other species has ever wielded such power, and no species could.

The technology behind the atomic bomb only exists because of a cooperative hive mind: hundreds of scientists and engineers working together. The same unique intelligence and cooperation also underlies more positive advances, such as modern medicine.

But is that all that defines us? In recent years, many traits once believed to be uniquely human, from morality to culture, have been found in the animal kingdom (see part one in this two-part series). So, what exactly makes us special? The list might be smaller than it once was, but there are some traits of ours that no other creature on Earth can match. 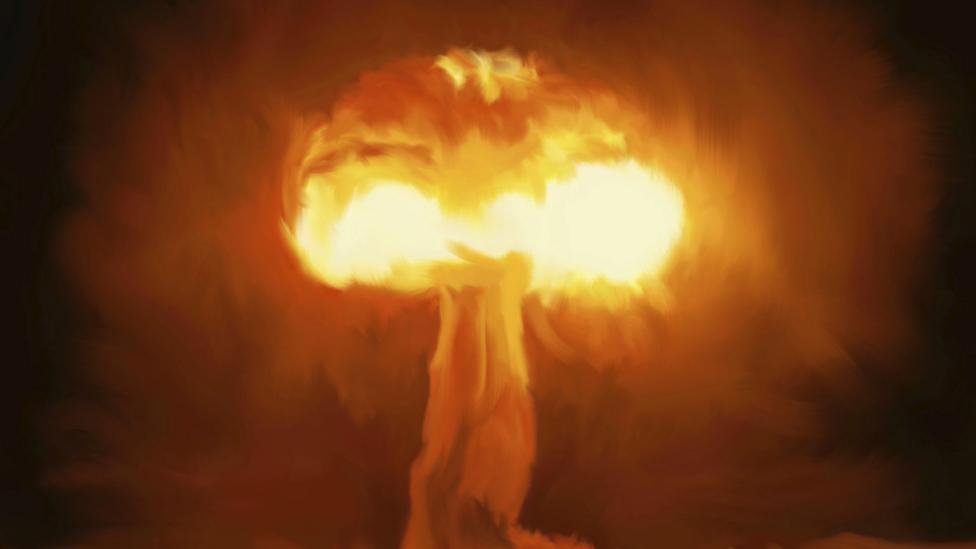 No animal can get close to the devastation humans can cause (Credit: Thinkstock)

Ever since we learned to write, we have documented how special we are. The philosopher Aristotle marked out our differences over 2,000 years ago. We are "rational animals" pursuing knowledge for its own sake. We live by art and reasoning, he wrote.

Much of what he said stills stands. Yes, we see the roots of many behaviours once considered uniquely human in our closest relatives, chimpanzees and bonobos. But we are the only ones who peer into their world and write books about it.

"Obviously we have similarities. We have similarities with everything else in nature; it would be astonishing if we didn't. But we've got to look at the differences," says Ian Tattersall, a paleoanthropologist at the American Museum of Natural History in New York, US.

To understand these differences, a good place to start is to look at how we got here. Why are we the only human species still alive today whereas many of our early-human ancestors went extinct? 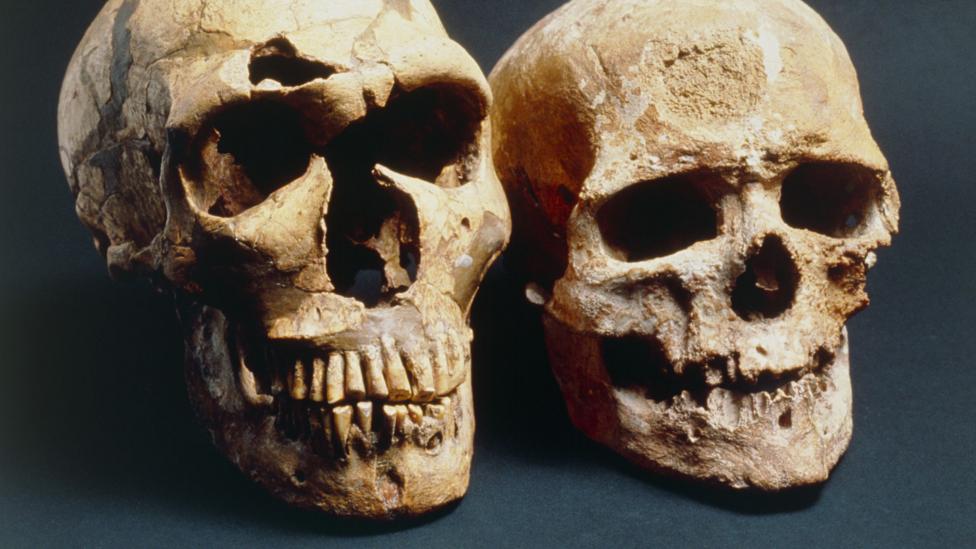 Neanderthals (left) didn't fare as well as we did (Credit: SPL)

Humans and chimpanzees diverged from our common ancestor more than six million years ago. Fossil evidence points to the ways which we have gradually changed. We left the trees, started walking and began to live in larger groups. And then our brains got bigger. Physically we are another primate, but our bigger brains are unusual.

We don't know exactly what led to our brains becoming the size they are today, but we seem to owe our complex reasoning abilities to it.

It is likely that we have our big brain to thank that we exist at all. When we – Homo sapiens – first appeared about 200,000 years ago we weren't alone. We shared the planet at least four other upright cousins; Neanderthals, Denisovans, the "hobbit" Homo floresiensis and a mysterious fourth group. 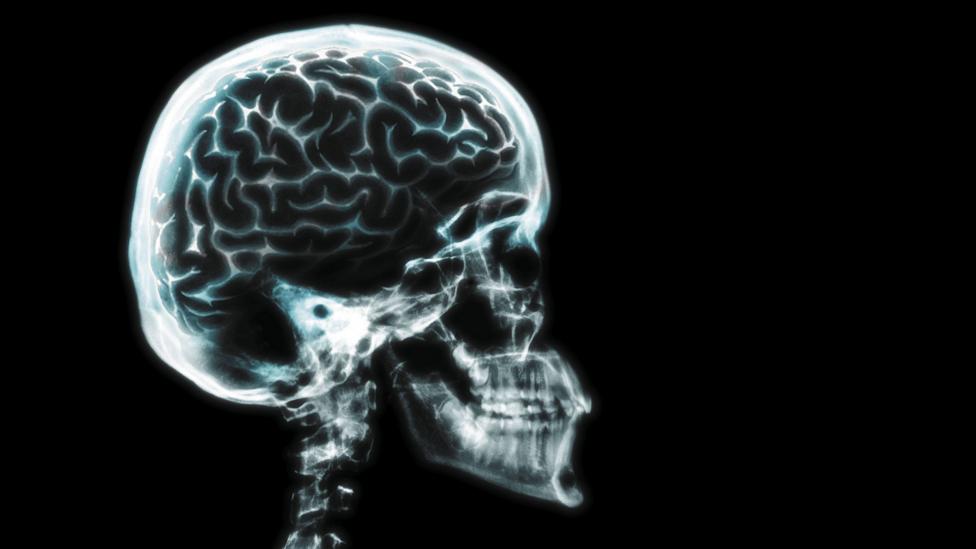 Evidence in the form of stone tools suggests that for about 100,000 years our technology was very similar to the Neanderthals. But 80,000 years ago something changed.

"The Neanderthals had an impressive but basically routine material record for a hominid. Once H. sapiens started behaving in a strange, [more sophisticated] way, all hell broke loose and change became the norm," Tattersall says.

We started to produce superior cultural and technological artefacts. Our stone tools became more intricate. One study proposes that our technological innovation was key for our migration out of Africa. We started to assign symbolic values to objects such as geometrical designs on plaques and cave art.

By contrast, there is little evidence that any other hominins made any kind of art. One example, which was possibly made by Neanderthals, was hailed as proof they had similar levels of abstract thought. However, it is a simple etching and some question whether Neanderthals made it at all. The symbols made by H. sapiens are clearly more advanced. We had also been around for 100,000 years before symbolic objects appeared so what happened? 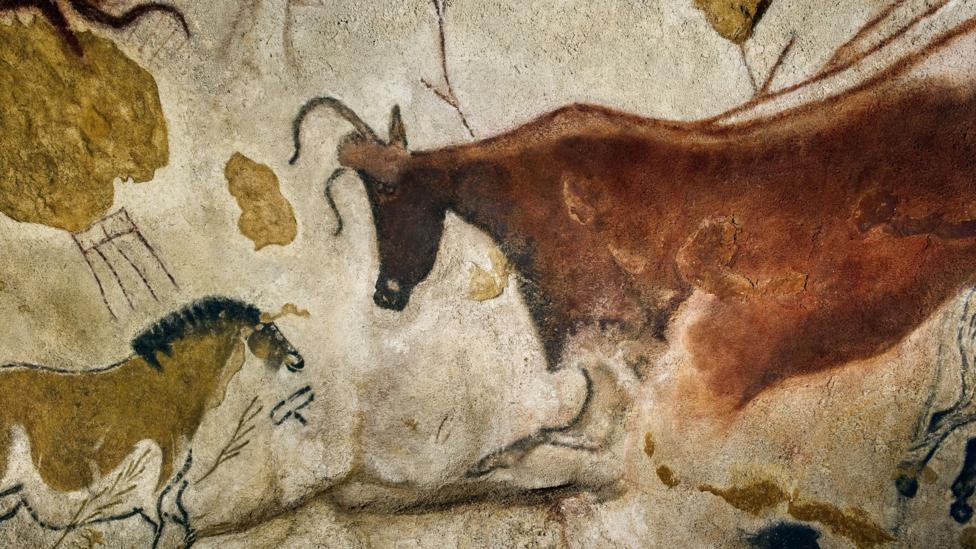 We had the capacity for art early in our history (Credit: SPL)

Somehow, our language-learning abilities were gradually "switched on", Tattersall argues. In the same way that early birds developed feathers before they could fly, we had the mental tools for complex language before we developed it.

We started with language-like symbols as a way to represent the world around us, he says. For example, before you say a word, your brain first has to have a symbolic representation of what it means. These mental symbols eventually led to language in all its complexity and the ability to process information is the main reason we are the only hominin still alive, Tattersall argues.

It's not clear exactly when speech evolved, or how. But it seems likely that it was partly driven by another uniquely human trait: our superior social skills.

While both chimps and humans cooperate, we will always help more

Comparative studies between humans and chimps show that while both will cooperate, humans will always help more. Children seem to be innate helpers. They act selflessly before social norms set in. Studies have shown that they will spontaneously open doors for adults and pick up "accidentally" dropped items. They will even stop playing to help. Their sense of fairness begins young. Even if an experiment is unfairly rigged so that one child receives more rewards, they will ensure a reward is fairly split. 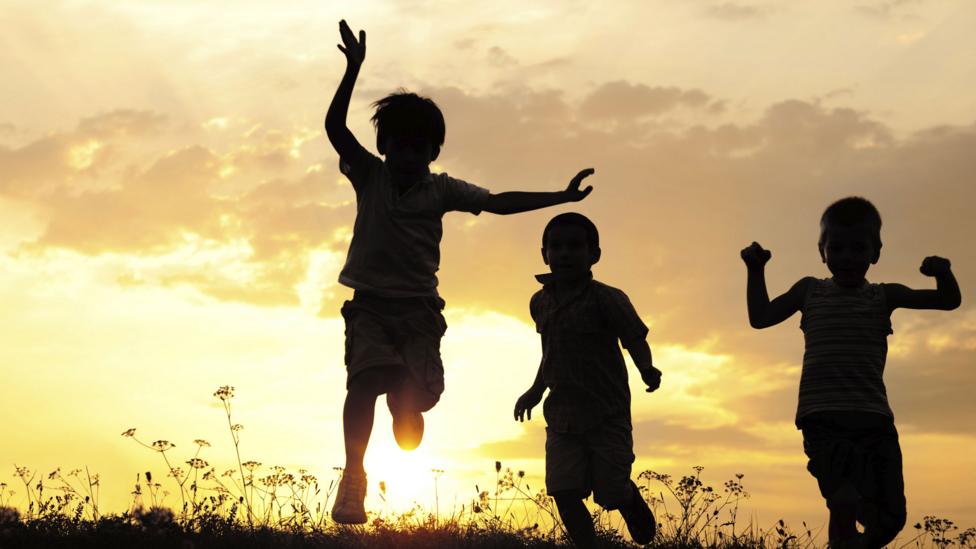 We know that chimpanzees also work together and share food in apparently unselfish ways. However, Michael Tomasello of the Max Planck institute for Evolutionary Anthropology in Leipzig, Germany, says they will only cooperate if there is something in it for them.

"Humans do that too, but in addition they care about what their partner gets. In some experiments we have children as young as 14-18 months who seem to expect their partner to collaborate in certain ways and who share in ways chimps don't."

Human children are less selective about who they share with. Chimpanzees though, largely only share with close relatives, reciprocating partners or potential mates.

Felix Warneken of Harvard University in Cambridge, US, differentiates it like this. Children are "proactive", that is, they help even when presented with only very subtle cues. Chimpanzees though, need more encouragement. They are "reactive": they will hand over objects but only after some nudging.

What happened in our evolution to make us reliant on each other?

Something must have happened in our evolution, Tomasello says, to make humans increasingly reliant on each other. Our brains needed fuel to get bigger and so collaborative hunting may have played a key role in that. Our advanced teamwork may simply reflect our long history of working together to get food.

The fact that our nearest relatives share too simply shows that it is an ancient trait. It was already present in the messy branch of early humans that led to us, but none of these other species were as hyper cooperative as we are today. 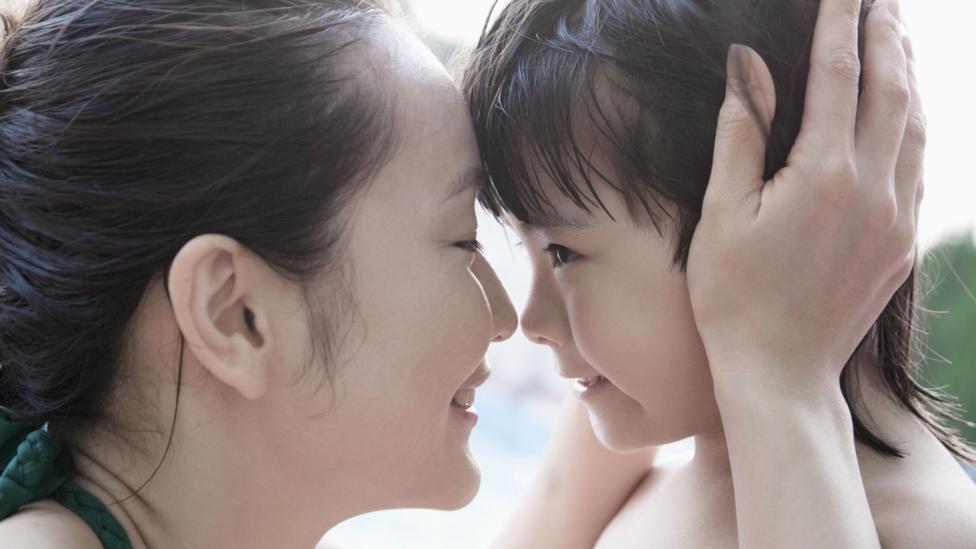 Humans have a unique ability to understand the beliefs of another person (Credit: Thinkstock)

The child witnesses a doll called Sally putting a marble in a basket in full view of another doll, Anne. When Sally leaves the room, Anne moves the marble to a box. Sally then comes back, and the experimenter asks the child where Sally will look for the marble.

Chimps can knowingly deceive others, so they understand the world view of others to some extent. However, they cannot understand others' false beliefs. In a chimpanzee version of the Sally-Anne task, researchers found that they understand when a competitor is ignorant of the location of food, but not when they have been misinformed. Tomasello puts it like this: chimpanzees know what others know and what others can see, but not what others believe.

This tells us something profound about ourselves. While we are not the only creatures who understand that others have intentions and goals, "we are certainly unique in the level of abstractness with which we can reason about others' mental states", says Katja Karg, also of the Max Planck Institute for Evolutionary Anthropology. 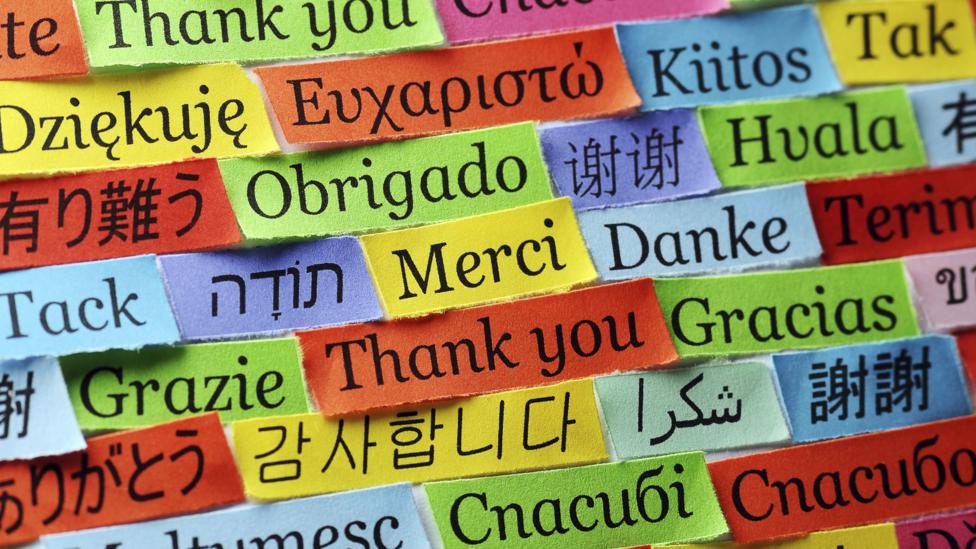 Language gave us the skill to exchange complex thoughts and ideas (Credit: iStock)

When you pull together our unparalleled language skills, our ability to infer others' mental states and our instinct for cooperation, you have something unprecedented. Us.

Just look around you, Tomasello says, "we're chatting and doing an interview, they (chimps) are not."

We have our advanced language skills to thank for that. We may see evidence of basic linguistic abilities in chimpanzees, but we are the only ones writing things down.

We tell stories, we dream, we imagine things about ourselves and others and we spend a great deal of time thinking about the future and analysing the past.

We have a fundamental urge to link our minds together

There's more to it, Thomas Suddendorf, an evolutionary psychologist at the University of Queensland in Australia is keen to point out. We have a fundamental urge to link our minds together. "This allows us to take advantage of others' experiences, reflections and imaginings to prudently guide our own behaviour.

"We link our scenario-building minds into larger networks of knowledge." This in turn helps us to accumulate information through many generations. 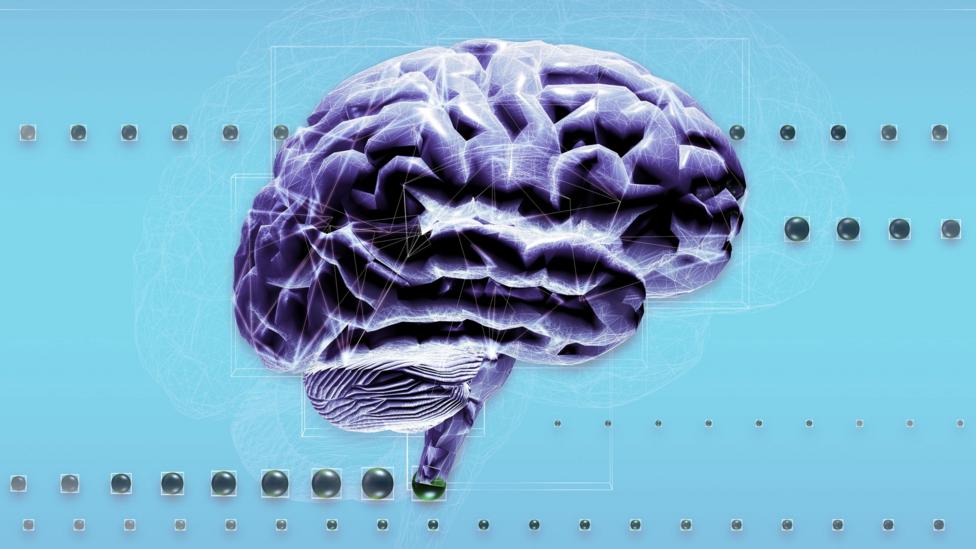 We connect up our brains, and it's one of our defining traits (Credit: SPL)

That our rapidly expanding technology has allowed us all to become instant publishers means we can share such information at the touch of a button. And this transmission of ideas and technology helps us in our quest to uncover even more about ourselves. That is, we use language to continue ideas that others put forward.

Of course, we pass on the good and the bad. The technology that defines us can also destroy worlds. 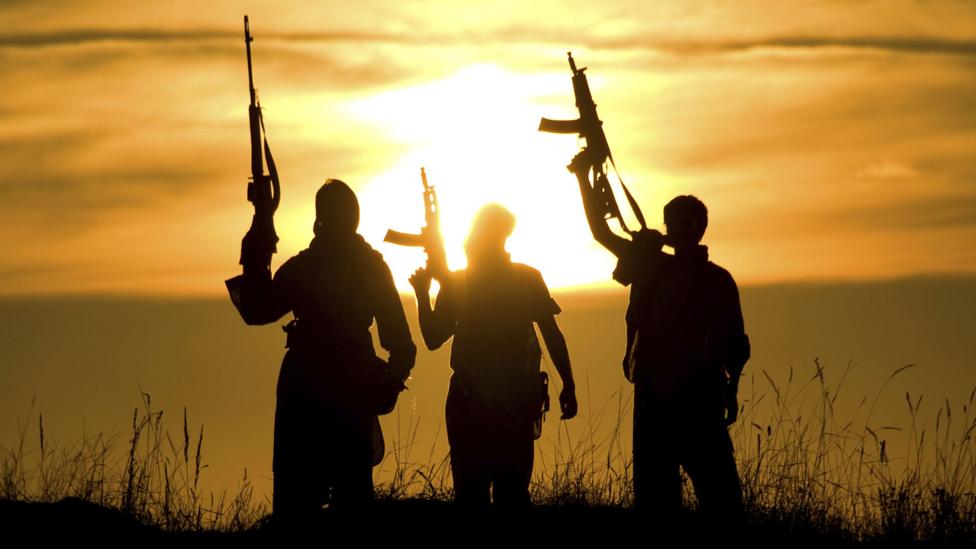 We can fight and kill on an unparalleled scale (Credit: istock)

Charles Darwin, in his book The Descent of Man, wrote that humans and animals only differ in degree, not kind. This still stands true but Suddendorf says that it is precisely these gradual changes that make us extraordinary and has led to "radically different possibilities of thinking".

And it is these thoughts that allow us to pinpoint to our differences with chimpanzees. That we do so is because they are the closest living relative we have. If any of the now extinct early humans were still alive, we would be comparing our behaviour to them instead.

Still, as far as we know, we are the only creatures trying to understand where we came from. We also peer further back in time, and further into the future, than any other animal. What other species would think to ponder the age of the universe, or how it will end?"

We have an immense capacity for good. At the same time we risk driving our closest relatives to extinction and destroying the only planet we have ever called home.

This is part of a two-part feature series looking at whether humans are really unique. Part one looks at the similarities between us and our closest relatives. 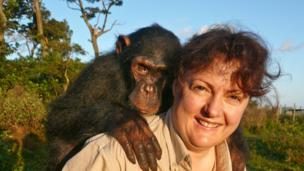 Why humans are not so special 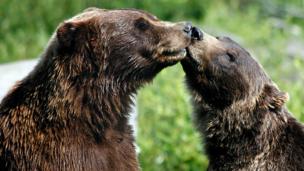 Do animals have sex for fun? 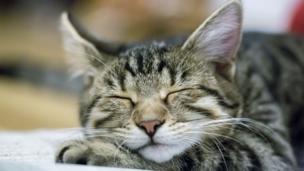 What do animals dream about? 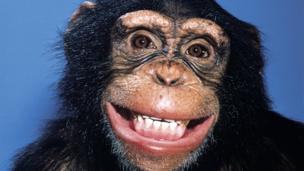 Can this sneaky chimp read minds?