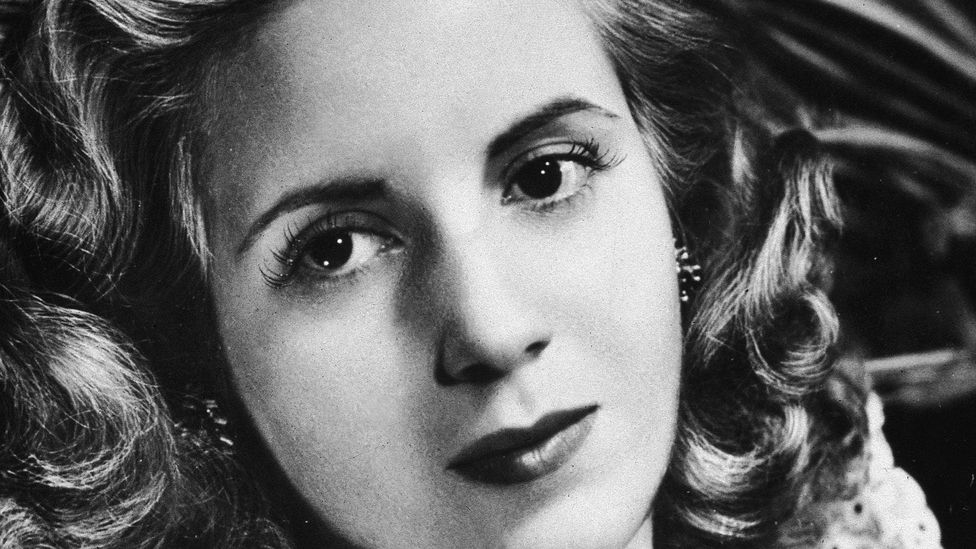 By David Robson 10th July 2015
Did Evita die as the result of sinister brain surgery? One neuroscientist believes so, as David Robson discovers.
A

A few weeks before she died, Eva Peron rode next to her husband for his second inauguration as President of Argentina. Her cervical cancer, it is said, had rendered her so weak, that she was standing inside a kind of cage made of plaster and wire to support her frail limbs. She weighed little more than 5.6 stone (36 kg).

At least, that was the official story. But now a neurosurgeon at Yale University Medical School, Daniel Nijensohn, has uncovered new evidence that suggests quite a different tale – a sordid political scandal that never made it into Andrew Lloyd Webber’s best-selling musical. As he puts it in his new paper for Neurosurgical Focus: “In addition to pain and sorrow, the story is full of lies, deceit, secrets, and misinformation.” According to Nijensohn’s theory, the man beside Evita on the parade had been responsible for her rapid decline – by forcing her to have a lobotomy.

The procedure is meant to numb emotional responses to events

The operation involves cutting the neural connections between the prefrontal lobes and the rest of the brain – a procedure that is meant to numb emotional responses. It had been a secret until 2011, when Nijensohn obtained scans of her skeleton after death, which included, among other things, X-ray images of her skull showing signs it had been drilled into. 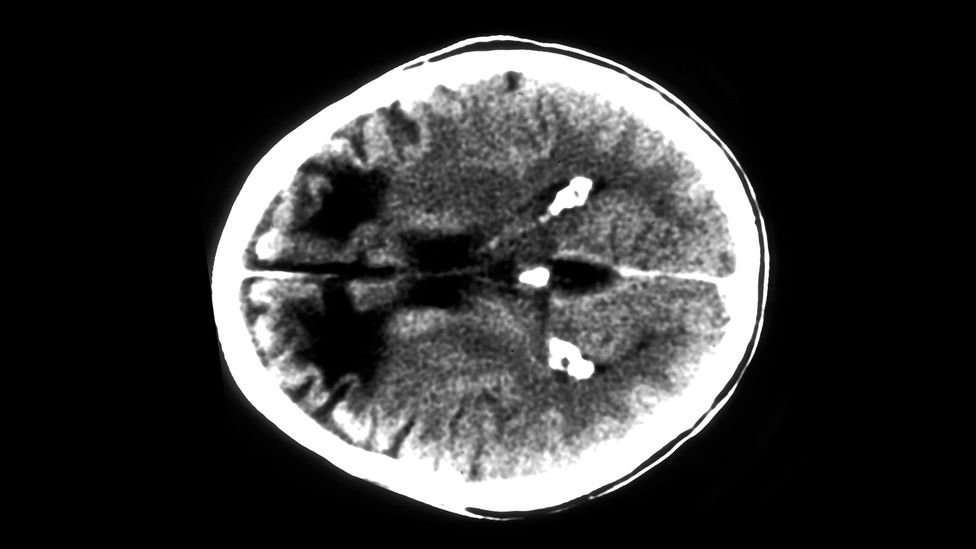 A lobotomy involves drilling through the skull and using needles to damage the frontal lobes (dark regions) (Credit: SPL)

One possibility is that the lobotomy had been a radical measure to manage the pain of her cancer. Even though the procedure wouldn’t have necessarily eradicated the pain itself, the reduced emotional response may have helped her endure the misery. Based on new sources close the event, however, Nijensohn now thinks that it may have been her husband’s last-ditch attempt to curb some increasingly dangerous behaviour. “It offered the perfect approach to ‘calm’ Evita and prevent a civil war, while also attempting to dull her response to cancer pain,” he says.

Evita had been behaving increasingly rashly in the year before her death. As the First Lady, she was in charge of many of the country’s social policies, but by the early 1950s fractures were appearing in the government. Perhaps fired by the anxiety and pain of cancer, her rhetoric had become increasingly incendiary towards those who dared to disagree with her. As Nijensohn writes:

“Her last public speech, delivered on May 1, 1952, Labour Day in Argentina, was a call against her enemies. She also dictated a 79-page document, ‘My Message', showing evidence of her belligerence and violent state of mind. She spoke about the ‘enemies of the people’ who were ‘insensitive and repugnant,’ and ‘as cold as toads and snakes’. She exalted the ‘holy fire of fanaticism’. She was ‘against those imbeciles’ who called for prudence. She ordered the people of Argentina to ‘fight the oligarchy’.” 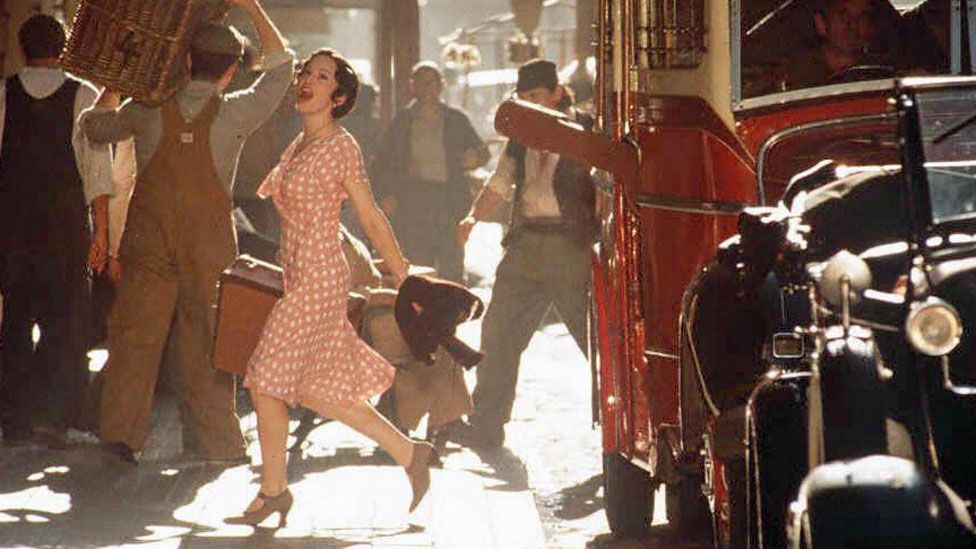 The 1996 movie Evita may not have told the full story (Credit: Getty Images)

These weren’t just hollow threats. From her sick bed – and without her husband’s knowledge – she allegedly ordered 5,000 automatic pistols and 1,500 machine guns, with the aim of arming workers of the trade unions to form workers’ militias. The news would have been enough to tear apart the factions in Juan Peron’s allies, who already objected to Evita’s power and popularity. The country could have soon descended into civil war.

The operation had already gained notoriety, to treat uncontrollable aggression, and impulsive violence

Was a lobotomy the president’s answer? The operation had already gained notoriety in the US, as a measure to treat uncontrollable aggression, and impulsive violence.

Since Nijensohn first looked at Evita’s medical records, he has contacted acquaintances of her surgeon, James Poppen, who he believes confirm his suspicions. His correspondents included one of Poppen’s nurses and close confidantes, Manena Riquelme, who admits that the operation took place without Evita’s consent.

Doctors had to create a make-shift operating theatre in a back room of the palace, she says; the security for the secret operation was so tight that an armed guard over-looked the proceedings. Perhaps the most disturbing detail of her account is fact that Poppen had first practiced the lobotomy on prisoners from Buenos Aires, at Juan Peron’s request. Clearly, he wanted his wife to survive the operation. 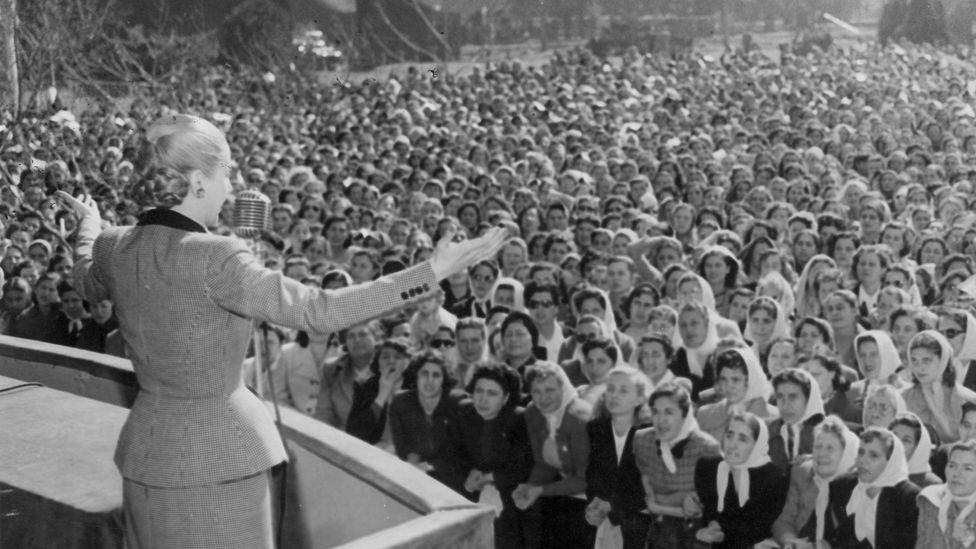 Peron addresses a crowd of women in 1951 (Credit: Getty Images)

In the end, the operation did succeed in silencing Evita – if only by accelerating her decline. After the lobotomy, she simply stopped eating. She died on 26 July 1952. Poppen, his acquaintances claim, later regretted his involvement and the pain it brought.

We can never know for certain the exact motives for the operation. So long after the event, we can only rely on testimonies from a handful of people. But the possibility of a conspiracy adds another, tragic chapter to the life of a colourful and controversial figure who continues to fascinate more than six decades after her death.