Loading
Space Station | Moon
Should we build a village on the Moon?
Share using EmailShare on TwitterShare on FacebookShare on Linkedin 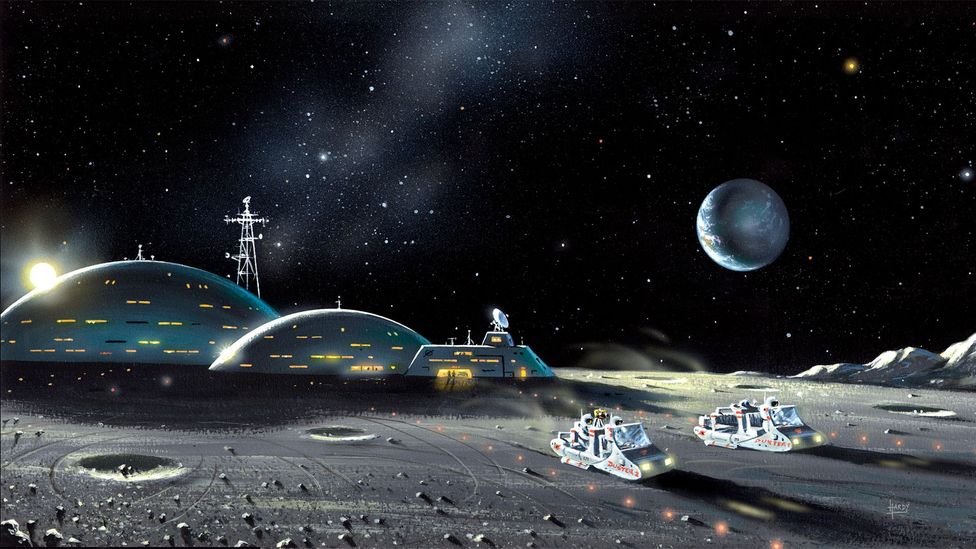 Professor Johann-Dietrich Woerner has been in his new job as Director General of the European Space Agency (Esa) for a week. In charge of a €4.4 billion annual budget, the former Chair of the German space agency is ultimately responsible for everything at Esa. Europe’s new observation, weather, communication and navigation satellites; astronauts on the International Space Station (ISS); missions to Mars, Mercury and Jupiter; and a sleepy lander on a duck-shaped comet all come under his remit.

When I ask him about his intentions for Esa, I expect a predictable and politically nuanced answer about the economic and social benefits of space or maybe the importance for science of exploring the unknown Universe. Instead, Woerner surprises me with a vision for a future of space exploration that is both ambitious and audacious. 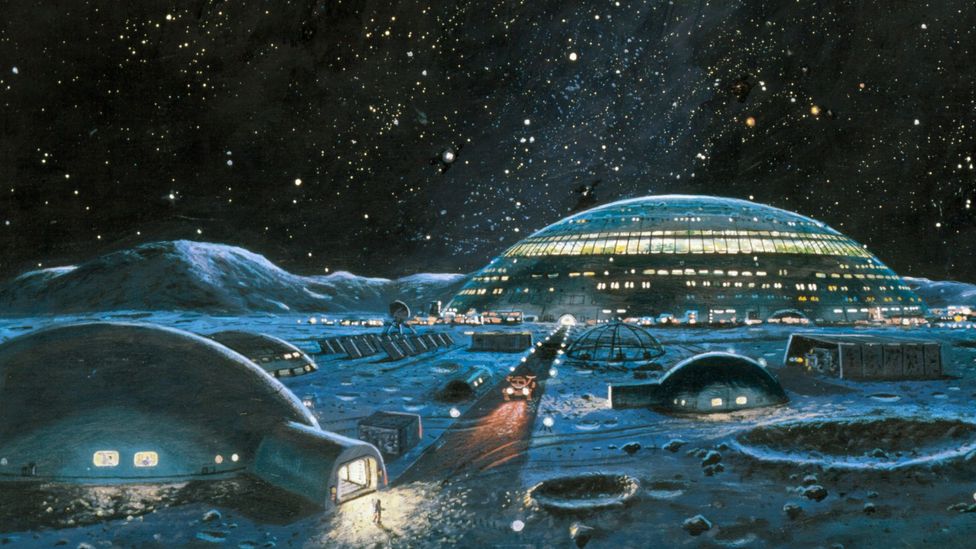 A base on the far side of the Moon could house a telescope that could peer further into space (Credit: Science Photo Library)

“We should look to the future beyond the International Space Station,” he tells me. “We should look for a smaller spacecraft in low-Earth orbit for microgravity research and I propose a Moon village on the far side of the Moon.”

Yes, a village on the Moon.

A Moon village shouldn’t just mean some houses, a church and a town hall – Johann-Dietrich Woerner

Just the sort of daring vision that took Nasa from a standing start to the Moon in the 1960s, but today – possibly constrained by its political masters – the US space agency appears to be lacking ambition.

“A Moon village shouldn’t just mean some houses, a church and a town hall,” says Woerner. “This Moon village should mean partners from all over the world contributing to this community with robotic and astronaut missions and support communication satellites.”

There are good reasons, he says, for going back to the Moon for science as well as using it a stepping-stone to further human exploration of the Solar System.

“The far side of the Moon is very interesting because we could have telescopes looking deep into the Universe, we could do lunar science on the Moon and the international aspect is very special,” he explains. “The Americans are looking to go to Mars very soon – and I don’t see how we can do that – before going to Mars we should test what we could do on Mars on the Moon.”

For example, Woerner suggests, the technology being investigated by Nasa to construct a Mars base using a giant 3D printer would be better tried out on the Moon first. Learning to live on an alien world is going to be tough – but the challenge would be a lot easier, particularly in an emergency, if the extraterrestrial community is only four days away from Earth rather than six months. 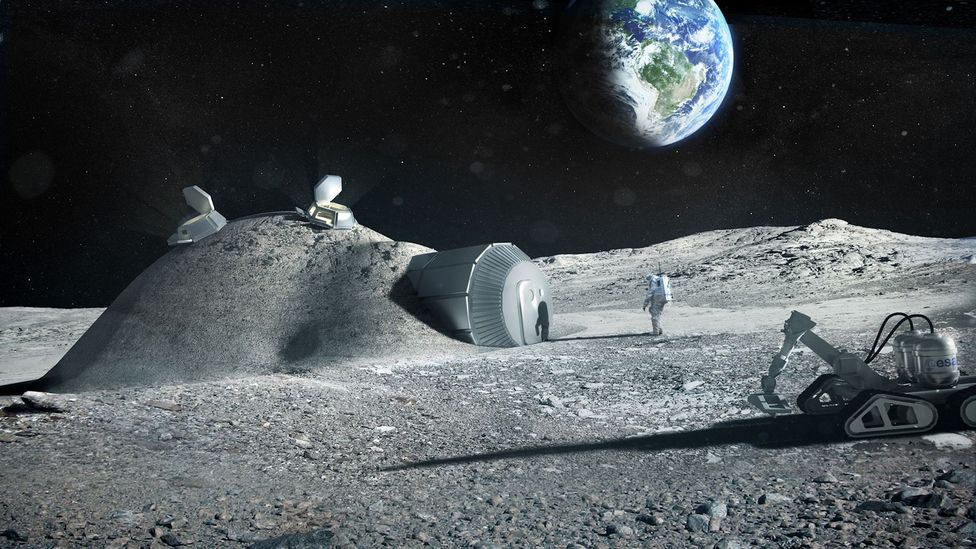 If a mission to Mars is to succeed, a Moon colony could be a valuable stepping stone (Credit: Science Photo Library)

Woerner envisages his Moon village as a multinational settlement involving astronauts, Russian cosmonauts and maybe even Chinese taikonauts. This would considerably extend the relatively limited number of nations involved in the ISS.

“We should have international cooperation, without any limitations, with any countries of the world,” says Woerner. “We have enough Earthly problems between different nations – space can bridge these Earthly problems and the Moon seems to be to be a good proposal.

“Isolating a country is not the right way, a much better solution is to find ways to cooperate in space to strengthen ties between humans on Earth,” he adds, in what could be taken as a veiled criticism of America’s refusal to engage with the Chinese space programme. “If you think about an alien visiting the Earth and seeing what we are doing here, I’m not sure whether they would land.”

Woerner has a robust response for those who criticise money spent on space exploration and astronomical research.

“Experience shows that there is no wall between exploration and practical applications,” he says. “Look at the greenhouse effect – everyone knows what it is and we use satellites to investigate it – but this was not discovered on Earth, it was discovered by an exploration mission to Venus.”

Right now the Moon village idea is just that; an idea, a proposal. No nation or agency has committed any money or mapped out the concept in any detail.

There is, however, growing interest in returning to the Moon. When, for instance, BBC Future recently asked experts to predict the next decade of space exploration they all cited the Moon as a destination of choice. 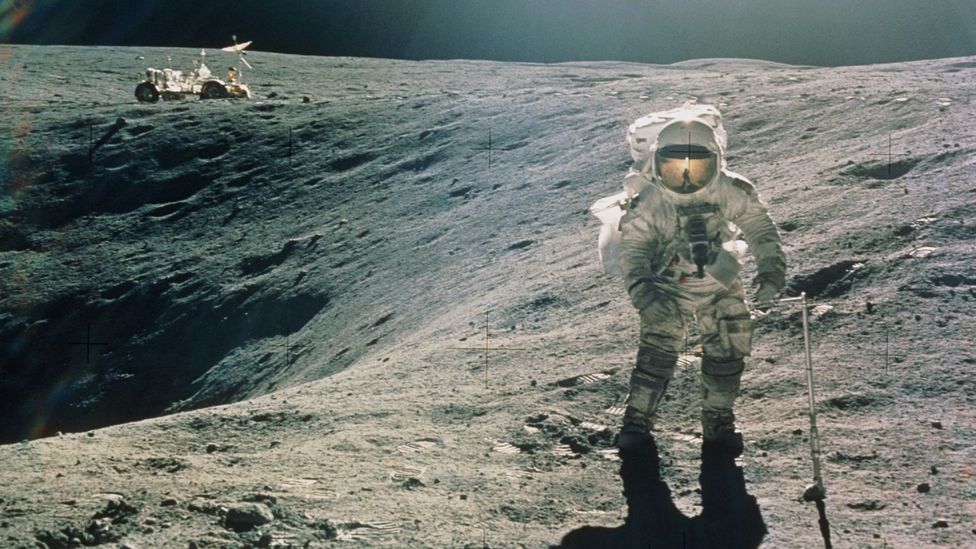 Nasa appears to have shelved further ambitions to go to the Moon, at least for the time being (Credit: Nasa/Science Photo Library)

Woerner says he is voicing the idea of a Moon village to encourage discussion about the future of space research, exploration and the applications of space technology. “I will be very happy if someone else has a better idea,” he tells me.

Nevertheless, as one of the world’s most senior and powerful space figures, Woerner’s proposal will be taken seriously. Nasa is still vague about where it plans to fly its new Orion spacecraft – fitted incidentally with an Esa service module – and the Moon would seem to be a suitably inspirational destination.

“In our genes there is something beyond just practical applications,” Woerner says. “We like to discover, to pioneer – this is humankind and this is what brings us into the future.”