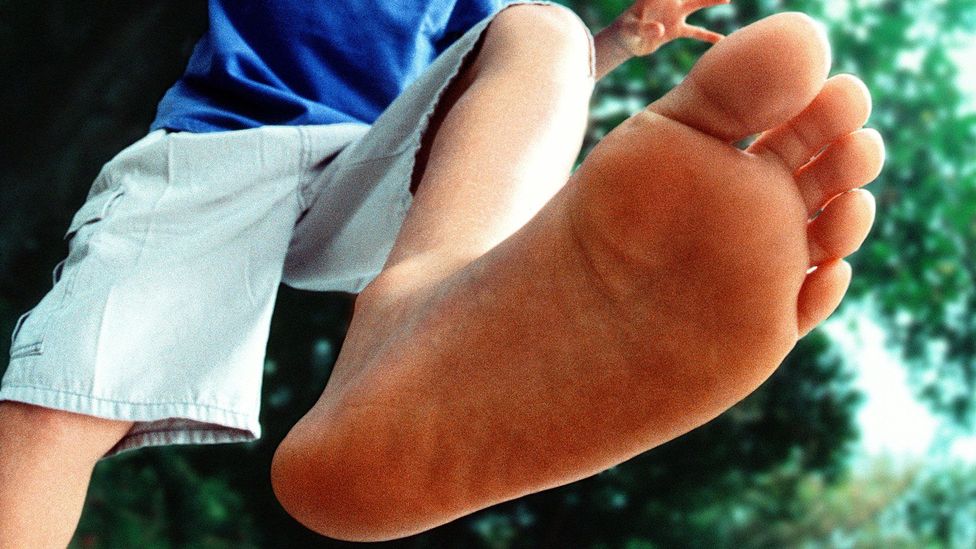 By David Robson 31st July 2015
Cheesy feet aren’t just an embarrassment – understanding the stench could save lives. David Robson delves into the strange ecosystems between your toes.
R

Renate Smallegange is something of a connoisseur of smelly feet – and she goes to surprising lengths to study their odours. Sometimes she’ll collect worn nylon socks that have become imbued with the fragrance. If that’s not good enough, she asks people to rub their feet on glass beads and wipe their sweaty skin on the surface. When she’s being really picky, she’ll trap the feet in a plastic bag, allowing her to draw up the aroma in gusts of air.

Of all the jobs in the world, it’s certainly not the most pleasant, but Smallegange is mostly unperturbed by the occasional whiff of cheese. “It’s not a big deal,” she tells me. “Of course some people do smell nicer than others – from my personal point of view.”

Not everyone finds the stink so discomforting. While a strong stench may cause Smallegange to politely hold her nose, however, it happens to be a real turn-on for the other objects of her study: malaria-carrying mosquitoes. For this reason, Smallegange has been trying to find the unique recipe that gives our feet their odour, in a quest to help stem the spread of that deadly disease. 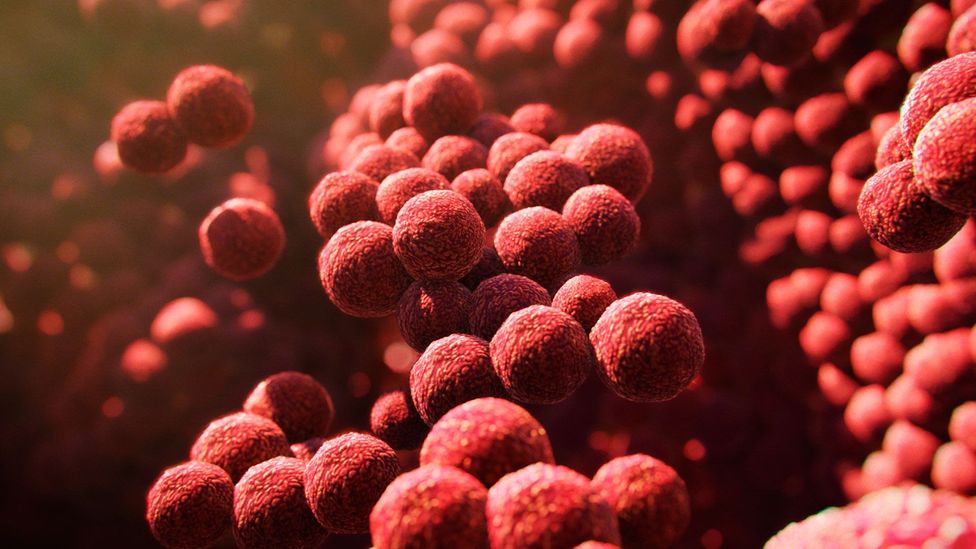 Colonies of Staphylococcus bacteria live on your feet - and in return, they spew out repugnant odours (Credit: Science Photo Library)

No matter how clean you are, a slight odour is almost inevitable, given the anatomy of our feet. The average foot contains 600 sweat glands per square centimetre – hundreds more than the armpits. They secrete a nutritious soup of salts, glucose, vitamins, and amino acids that provides the perfect diet for a colony of bacteria. In return for the free lunch, the bacteria leave us with a cocktail of fatty acids that together give rise to the signature musk.

There are so many bacteria living on our feet that microbiologists have had a hard time finding exactly which species cause the stench, and where they live on the foot. Showing remarkably little vanity, James Reynolds at Loughborough University and colleagues recently attempted to answer this question by mapping out the populations on their own feet.

Five groups stood out: Corynebacteria, Micrococci, Propionibacteria, Betaproteobacteria and Brevibacteria – but the biggest offender appeared to be Staphylococci. Tellingly, it always seemed to coincide with a particularly potent chemical, called isovaleric acid. “If you imagine a well-aged stilton – that’s the smell you get if you open a bottle of the stuff,” Reynolds says. “If you spill a drop in the lab you’ll smell it all afternoon – it’s horrible.” What’s more, they were most common on the sole, rather than the top – with particular high numbers around the ball of the foot – perhaps explaining why these are the smelliest areas. The comparison to cheese is appropriate. Many cheeses contain a similar mix of volatile chemicals, with Limburger cheese apparently offering the closest comparison. 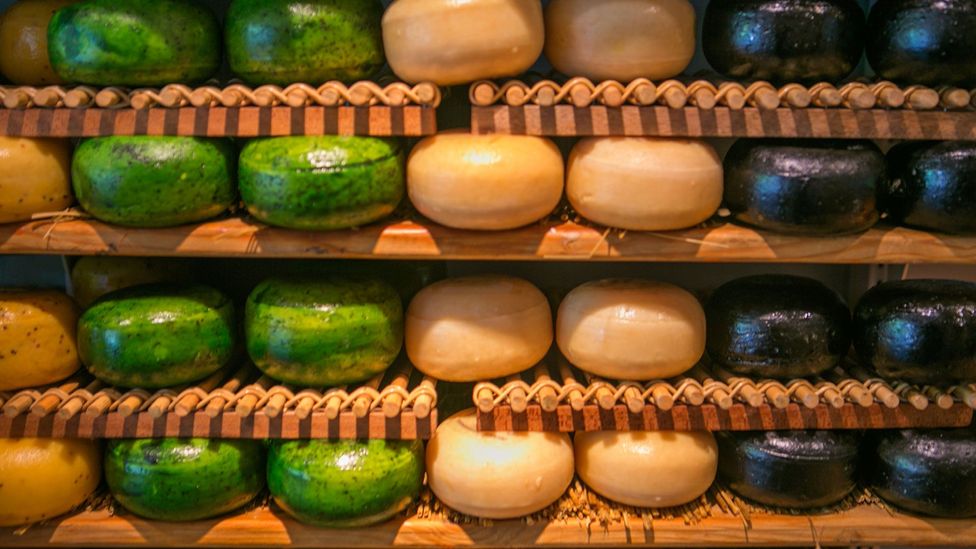 Would you fancy a bite of Limburger cheese, knowing that it harbours the same bacteria and chemicals that give your feet their fruity aroma? (Credit: Thinkstock)

Eventually, these findings may pave the road to a more fragrant future. “If we know what these compounds are and the species that produce them, we could make clothing that absorbs the smell or neutralises it,” says Reynolds. It could also lead to better deodorants. The task will be tricky – alongside the smelly bacteria, our feet harbour some potentially friendly organisms that act as gatekeepers against infection. But nature may already have some answers. A recent Japanese study found that three chemicals commonly found in citrus fruits can help target the Staphylococcus bacteria without harming its neighbours.

In some situations, foot odour is much more serious than slight embarrassment, however – it might be a matter of life or death. Dutch scientist Bart Knols was one of the first to notice that certain species of malaria-carrying mosquitoes are attracted to the smells wafting from our feet. His work has since inspired many of Smallegange’s latest studies at Wageningen University in the Netherlands.

She has found, for instance, that the malaria parasite seems to alter the mosquitoes’ sense of smell so that they are even more attracted to smellier feet, swarming to worn socks like bees to a flower bed. “There is some evidence that some proteins in the head of the mosquito change somehow, and they have a role in the olfactory response of mosquitoes,” says Smallegange. It’s a devious mechanism that leads the malaria’s host to home in on potential victims, so that it can continue its life cycle in a human body. “It’s why the mosquito is such a good vector of malaria.”

There are many ways this knowledge could help the fight against malaria. Smallegange has also examined whether the particular combination of smell-producing bacteria on feet can alter your chances of being bitten; as you might expect, those hosting more Staphylococcus tend to be more attractive. Attempts to combat those bacteria could therefore offer some protection against the deadly disease. 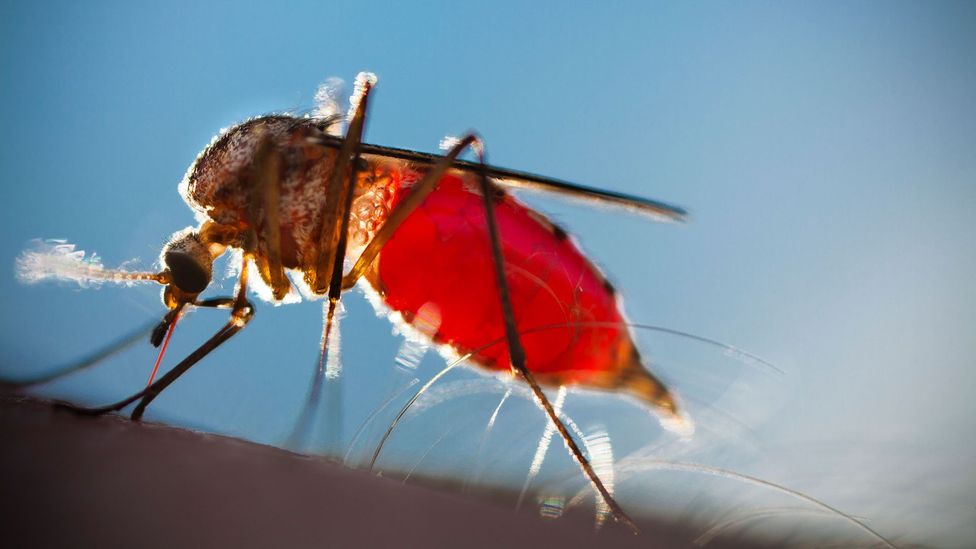 The smellier your foot, the more attractive it appears to certain breeds of mosquito (Credit: Getty Images)

Alternatively, the siren call of the odour could be used to bait mosquito traps. One idea has been to bait traps with used socks; they seem to maintain their allure for at least 8 days after wear. If that seems like a waste of good underwear, Knols has also found that Limburger cheese seems to do the trick. Smallegange, meanwhile, is hoping to bottle the smell – using isovaleric acid and other components to produce her own, synthetic odour. (You could call it “eau de pied”.)  “The combination is very important,” she says. “In general, a blend is more attractive than a single component.” It’s possible that you will need to use different recipes for different species of mosquito, though – each may have their own particular tastes.

It’s unclear exactly how effective these measures will be for protection. A small trial in Rusinga Island, Kenya is currently investigating whether the traps can kill or distract enough mosquitoes to reduce the overall number of bites and infections. At the very least, they could be used for an early warning – to detect whether malaria-carrying mosquitoes are already breeding nearby.

For most of us, cheesy feet are no more than an inconvenience which can be temporarily fixed with a shower. But Smallegange’s pursuits are worth bearing in mind, whenever you catch a whiff of your under-soles. With her collection of smelly socks, skin swabs and “eau de pied”, she is doing a job that few of us could stomach, all in the hope of saving lives. And that’s a mission that’s not to be sniffed at.


David Robson is BBC Future’s feature writer. He is @d_a_robson on Twitter.

Health
1‘My dentist extracted my memory’
In Depth
2Why do we yawn?
In Depth
3What are 'skin orgasms'?
In Depth
4Weird ways the weather affects us
Around the BBC