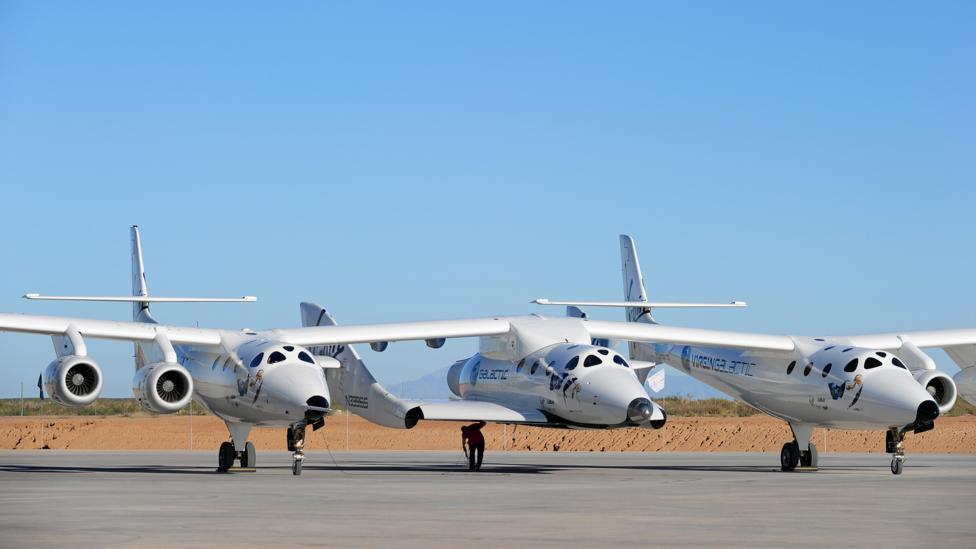 By Paul Marks 30th July 2015
The accident which destroyed SpaceShip Two last year should not have been possible. Paul Marks investigates the reasons why Virgin Galactic’s vehicle failed.
A

A pilot tries to make an aircraft perform a manoeuvre that is physically possible – but dangerous. The plane’s sophisticated computer-controlled flight system should step in and prevent it happening, but for some reason it doesn’t. The plane’s airframe cannot handle the stress and it disintegrates.

Such a scenario has been in the news recently as Virgin Galactic SpaceShip Two pilot Peter Siebold has recounted what happened when the experimental vehicle broke up over the Mojave Desert last year, killing his co-pilot. The crash was blamed on co-pilot Michael Alsbury prematurely unlocking a braking mechanism as the vessel hurtled upwards. It was a procedure that the co-pilot, theoretically, should not have been able to perform.

More than a decade before, another crash – this time of an airliner packed with passengers – had some similarities to last year’s incident. In that case too, the pilots’ manoeuvres in effect broke the aircraft.

In November 2001, American Airlines Flight 587 crashed in the New York borough of Queens shortly after take-off from John F Kennedy airport, killing all 260 people on board and five on the ground.

In an attempt to escape the effects of turbulence from the wake of a Boeing 747 that had left JFK just ahead of him, AA587's co-pilot had flipped the aircraft’s  tail rudder side to side, a move he was familiar with from flying small military jets. The move was, in fact, forbidden on large commercial airliners, yet it was also easy to carry out because the Airbus A300-600's control systems made moving the rudder easier the faster the plane was moving.

The result was that the vast side-to-side alternating forces ripped the aircraft's tailfin and rudder from the fuselage, leaving it uncontrollable. 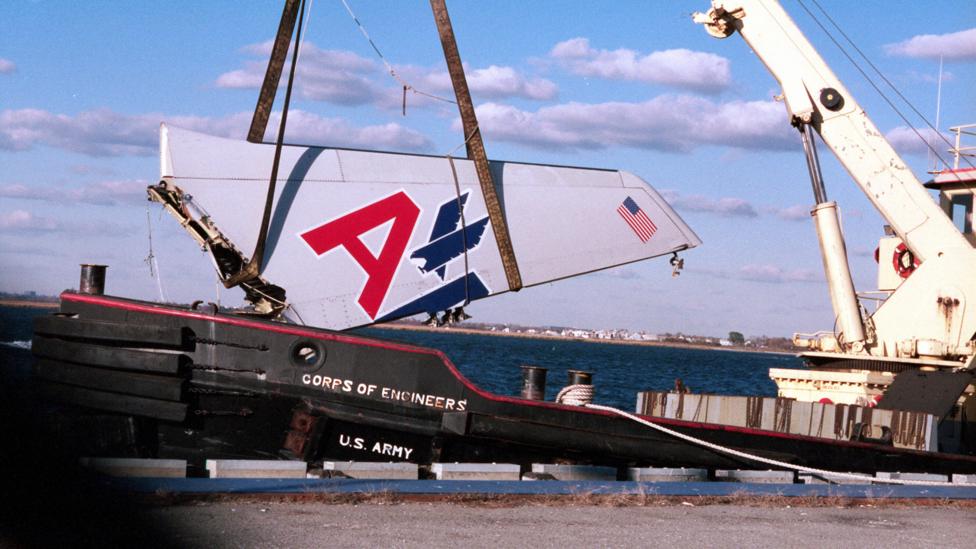 The Airbus crash in 2001 happened because the aircraft design allowed manouevres that were dangerous (Credit: Getty Images)

In its report on the tragedy the US National Transportation Safety Board (NTSB) said that the first officer's "unnecessary and excessive" rudder pedal inputs were the cause, criticising the airline's training regime, but adding a rider that the Airbus airplane's control system needed modifying. It was just too sensitive at high speeds.

The incident bears a remarkable resemblance to details emerging about Virgin Galactic’s accident, as the NTSB in Washington, DC met this week to draft its report on the disaster.

On October 31 2014 SpaceShipTwo, built by the company Scaled Composites, was dropped at 10km altitude by its carrier aircraft, WhiteKnightTwo, to test its hybrid rocket engine, which burns solid nylon grains in a stream of nitrous oxide gas.

Flying at nearly one-and-a-half times the speed of sound  the SS2 crew are supposed to unlock the twin tail booms so that at the top of the suborbital path above 100km altitude - where space begins - they can be pivoted, or "feathered", at a right angle to the fuselage, turning the whole craft into a slow-dropping shuttlecock shape. This prevents the carbon-fibre craft overheating on the way down.

At such high speeds, aerodynamic forces prevent the feather mechanism deploying while the engine is still firing. But for reasons unknown, Alsbury unlocked the mechanism just after the rocket lit, at just under the speed of sound.

This meant the feather deployed – leaving part of the craft trying to fly at almost supersonic speed while another part was braking – and the enormous stress forces broke the vehicle apart with fatal results. 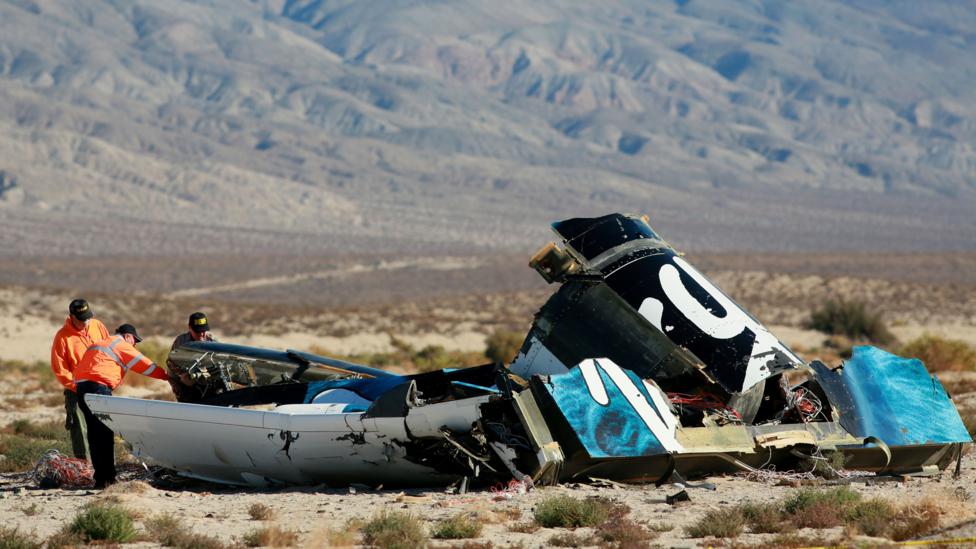 The crash has sparked charges in the design of Virgin Galactic's spaceplane (Credit: Getty Images)

"Scaled Composites failed to consider the possibility that a test pilot could unlock the feather early or that this single-point human error could cause the feather to deploy uncommanded," the NTSB says, though its full report will not be made public for another two to four weeks. As a result, the vehicle's control systems did not prevent that action.

It is clear that now, they do. The control system for the replacement SpaceShipTwo, currently under construction in Mojave, California, has been modified to inhibit early unlocking of the tail booms.

George Whitesides, chief executive of Virgin Galactic and its joint manufacturing venture with Scaled, The Spaceship Company (TSC),  told BBC Future today that they have conducted an "exhaustive internal review" to ensure there are no other pilot-cuased accidents that the aircraft's control systems should be able to prevent.

"We have also engaged an outside review panel to confirm our findings, which they have done," says Whitesides. "Our second spaceship, due to roll out later this year, will be safer for it."

Journey: Upgraded
1Is it goodbye to seat-back screens?
Technology
2How pilots suffer to make history
Journey: Upgraded
3Things you didn’t know about flying
HyperDrive
4Up close with a flying giant
Around the BBC