Space has long been off-limits to most of us. It’s almost 60 years since the launch of Sputnik 1 heralded the birth of the space age. Since then people have walked on the moon, robotic rovers have trundled across the Martian surface and a wealth of probes have explored the worlds in our solar system – most recently, Pluto. But the space industry has typically been the preserve of governments – only they have had the pockets deep enough to fund it.

In recent years, however, companies like SpaceX and Virgin Galactic have begun to commercialise space exploration – to the tune of $13bn (£8.3bn) over the past decade. These investors might help to realise ambitious ideas like holidays to the moon, lunar mining and trips to Mars – ideas that could see many ordinary people one day enjoying out-of-this-world experiences. Just last month, a report part-funded by Nasa suggested a permanent Moon base could be finished by the 2030s – and private investors may help construct it. As the market grows and becomes more relevant to every day consumers, should canny investors be reaching for the stars?

Chad Anderson thinks so. He is managing director of European operations at the Space Angels Network, an investment network which connects potential space investors to the commercial space industry. “Space is an industry which is yet to be imagined,” he says – and that means people investing today can actually provide the industry with shape and direction. “In 2012 we had just 20 angel investors, now that number stands at 60,” says Anderson. 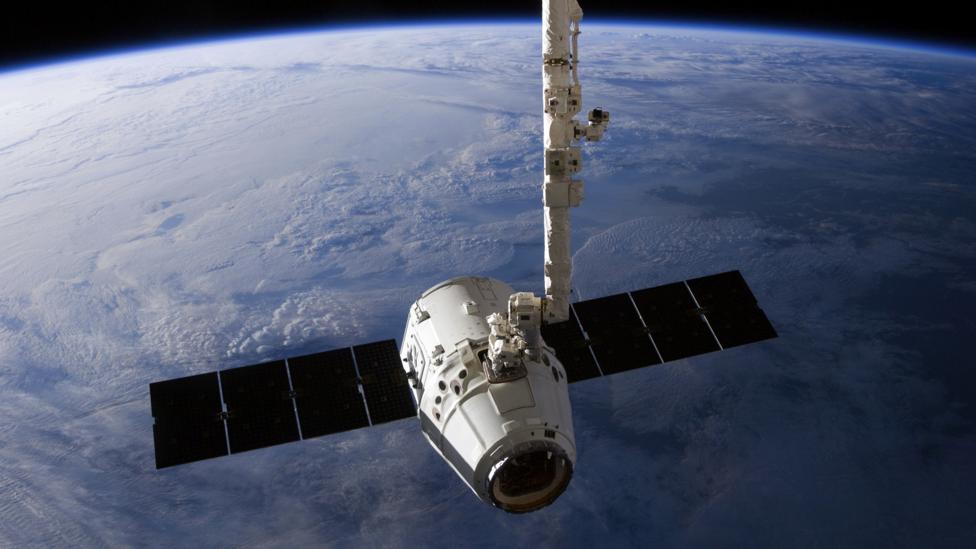 “We are very much in a gold rush era for space exploration,” says Kevin Cook from the Space Foundation, a nonprofit that aims to raise awareness of all aspects of the space industry.

Some sectors of the space industry are already well established, of course. In fact, we live in a world that has already been transformed by space. The industry is currently worth a staggering $300bn (£193bn). Most of that money fuels the development of satellites and launchers – a market that investors in large commercial organisations already recognise as a viable business opportunity, says Anderson.

If you can dream it, it can happen – Dylan Taylor, space investor

But while organisations focus on these more secure markets, the rise in private individual investment is helping to fund some of the more unusual space ventures, such as space mining and tourism. Anderson dubs these ‘black sky’ projects and says the majority of individual investors – around 80% – are opting to put their money here. This is something individuals can do, because unlike governments or large companies they have the freedom to invest as they choose.

One of those investors is Dylan Taylor. He has bought a ticket to the edge of space aboard the high altitude balloons now being developed by Arizona-based World View Enterprises. His motivation is simple. “It’s not about making money, it’s about helping the industry, I want to see it develop,” he says. Among the many companies Taylor has invested in is Colorado-based Golden Spike, the brainchild of planetary scientist Alan Stern. Their objective is to provide private commercial space transportation services to the Moon. “If you can dream it, it can happen,” adds Taylor. “It will change the world.”

However, would-be investors should still think carefully before investing in ‘black sky’ ventures. “It takes brave individuals, not afraid to lose their jobs, to fund the seed of truly innovative projects,” explains Jose Mariano Lopez. Lopez is relying on those brave individuals, though, to invest in his Barcelona-based company – Zero2infinity – which hopes to send fee-paying customers to the edge of space by helium balloons called ‘bloons’ in the next few years.

Taylor and those like him compare where we are now in terms of ‘black sky’ space ventures with the internet of the early 1990s. He sees himself as the equivalent of an investor in one of those early online firms. “People thought they were nuts at the time,” explains Taylor – but companies like Amazon and eBay emerged from that period. 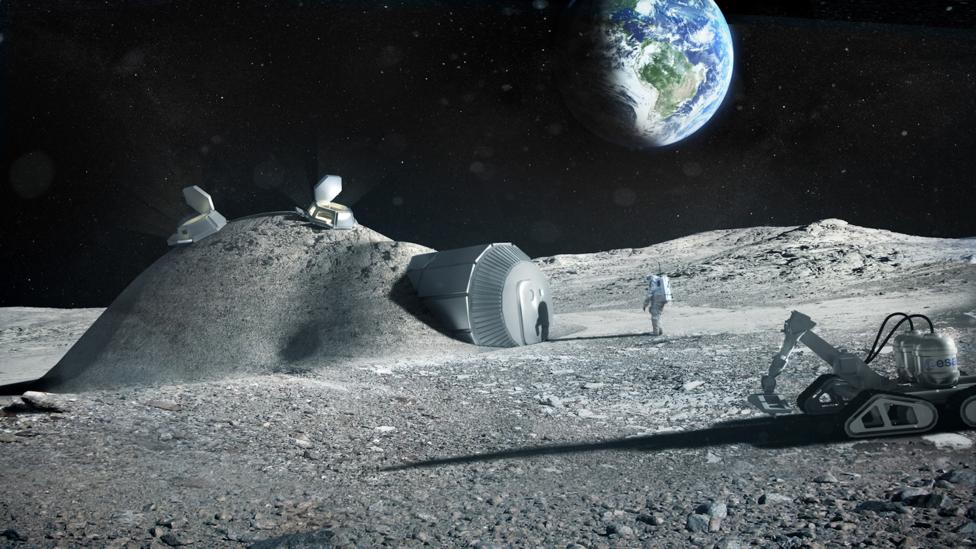 A permanent Moon base could be operational by the 2030s, and private investors may help build it (Credit: Science Photo Library)

Despite the risks, the potential pay-offs make such investments tempting. “I’m of the Peter Thiel school of thought,” explains Anderson, referencing the US entrepreneur who created online payment company Paypal. “The way to make a real return on investment is to either do something that is technically 10 times better than what’s already on the market, or do something completely new.” Think SpaceX, Google and Facebook: create a new market, and if you succeed, the world is yours.

In fact, some of the more outlandish sectors of the space industry are already generating revenue. Asteroid mining company Planetary Resources is making money through contracts it has agreed with companies and individuals – even though it will be some time before the firm gets to the asteroids. Founded by Eric Anderson and Peter Diamandis, Planetary Resources’s list of advisers include a veteran Nasa astronaut and James Cameron – better known as the director of Avatar, the film about planetary moon mining.

Planetary Resources’s message for investors is simple: they believe there is enough economically valuable material in the asteroid belt to redefine wealth on Earth. “It’s hard to even imagine the vastness of resources in our Solar System,” says Anderson. Investment could lead to huge returns – and an opportunity to support our species as the Earth’s finite resources begin to dwindle, he adds.

The promise of human spaceflight is another area of interest for individual investors – although exactly how wise it is to invest in space tourism and similar ventures isn’t yet clear. These are all completely new markets. It’s true that about 1,000 people have already paid up for tickets on commercial space vehicles, but it is difficult to know whether they are the equivalent of early adopters or whether they actually represent the whole of the market for commercial space travel. “No-one really knows if there is demand there or not,” says Anderson. “We don’t know the potential yet, but at the same time, that’s what makes it so exciting.” 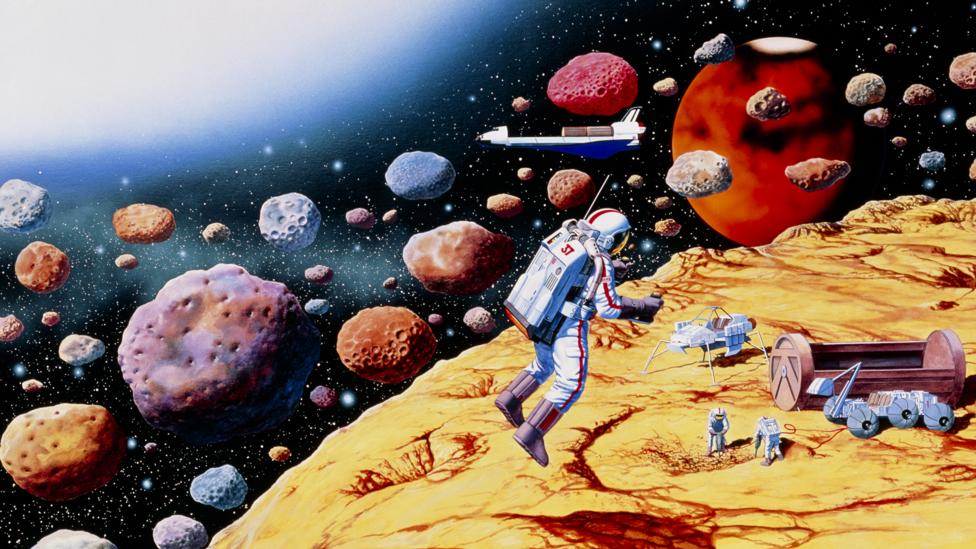 Of course, as with every form of investment, risk is involved. Fortunes will no doubt be made – but others will be risked and lost. Some companies will fail. The parallel Taylor draws with the internet boom of the early 90s is relevant: successful companies emerged, but many others went bust. Investors will have to hope that their choices are the right ones.

The economics are still unclear. But Taylor firmly believes there is promising potential. “Space will soon be worth 10% of the world’s economy,” he says. That figure will come from a combination of today’s tried-and-tested satellites market, the realisation of today’s up-and-coming ‘black sky’ ideas – and all manner of other spin-offs not even on the drawing board yet.

For a long time space was about scientists and engineers. “Now you can see the industry growing from that to a legitimate business,” says Anderson. “We don’t yet know all the possibilities that can come from space.” 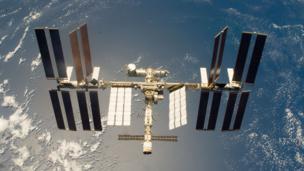 Do astronauts dream of space? 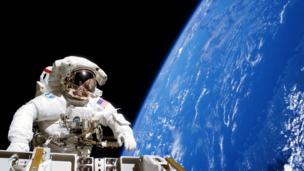 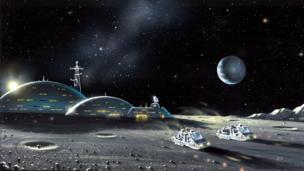 Europe’s plan to build on the Moon 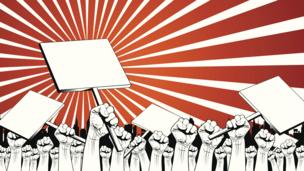 What if Mars became a dictatorship?