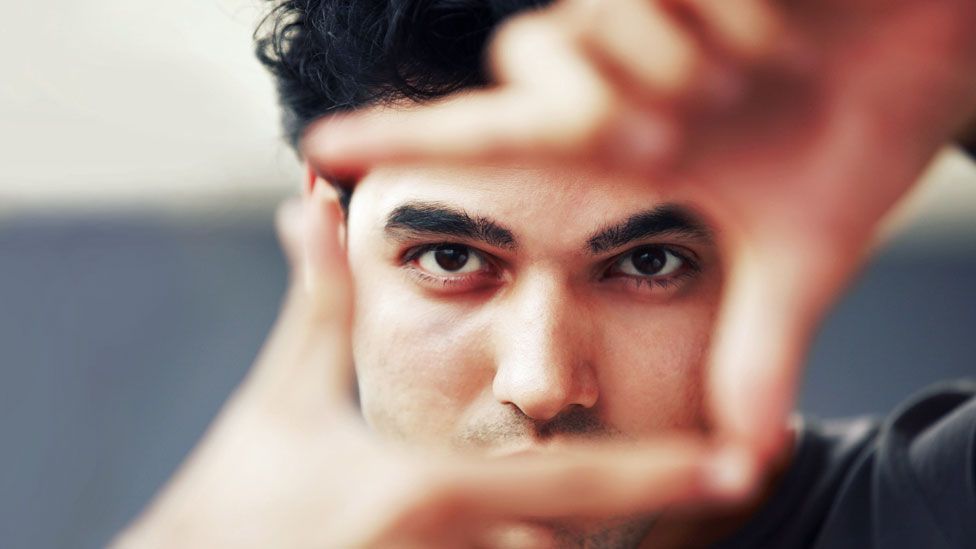 Read more from The Verge

The human brain is pretty picky about the things it pays attention to. Our senses are constantly bombarded by smells, colours, tastes, and sounds, which means that much of that information has to be filtered out, so we can focus on the stuff that matters – like the stuff that can keep us alive. But humans aren't the only animals who need to focus on certain cues to stay alive, so what, if anything, sets us apart?

As it turns out, when humans and macaques focus on the same task, more regions of the human brain are active, a small study published recently in Proceedings of the National Academy of Sciences shows. The finding reveals that the human attention network probably expanded over time. And that's a pretty important piece of our evolutionary puzzle – especially given how often scientists use the macaque brain as a proxy for our own.

This really points to how unique the human brain is

"We were surprised by how different the macaque attention system ended up being in some very fundamental ways," says Gaurav Patel, a neuroscientist at Columbia University and a co-author of the study. "This really points to how unique the human brain is." 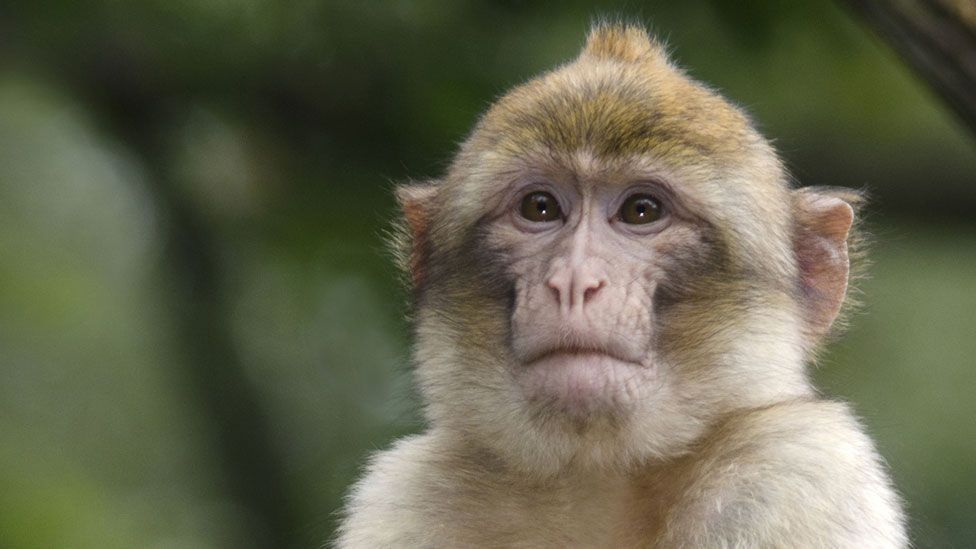 A macaque: concentrating or just staring into the distance? (Credit: SPL)

In the study, researchers used functional magnetic resonance imaging, or fMRI, to observe brain activity in eight humans and two macaques during a visual attention test. The test worked like this: first, the humans and the monkeys had to memorise a piece of clip art, like a green car, for instance. Then, they were told to fixate on a point in the centre of a computer screen (the monkeys received some additional training for this part). As the monkeys and the humans stared at the point, a stream of images popped up in various parts of the screen at a rate of roughly 10 objects per second. The goal was to push a button whenever they saw the green car appear.

The fMRI data captured during the test showed that the temporoparietal junction – a region of the human brain that plays a key role in redirecting attention – doesn't have an equivalent in the macaque brain. "We didn't see any activity in the temporoparietal junction in the macaques," Patel says. The researchers also found that some brain areas were more active in humans than in macaques during the attention task. Finally, there was more communication between the two brain hemispheres in humans compared with the macaques – a finding that Patel says was very surprising.

The increased communication doesn't necessarily mean that the way the human brain operates is better, however. Sharing information with other parts of the brain may slow down certain processes in humans, Patel says. If that's the case, it's probably a sign that being able to react quickly to a predator's approach, for instance, matters more for macaques. Humans, on the other hand, may have "traded speed for some kind of cognitive flexibility," Patel says.

But these differences point to a larger message: humans seem to have developed an additional attention control network over evolutionary time, Patel says. This isn't entirely surprising. The last common ancestor between humans and macaques lived about 25 million years ago, so one would expect to see some pretty large differences appear after that split. But contrasting both brains as they perform the same tasks is a good way of piecing together the evolutionary pressures that lead to these differences. 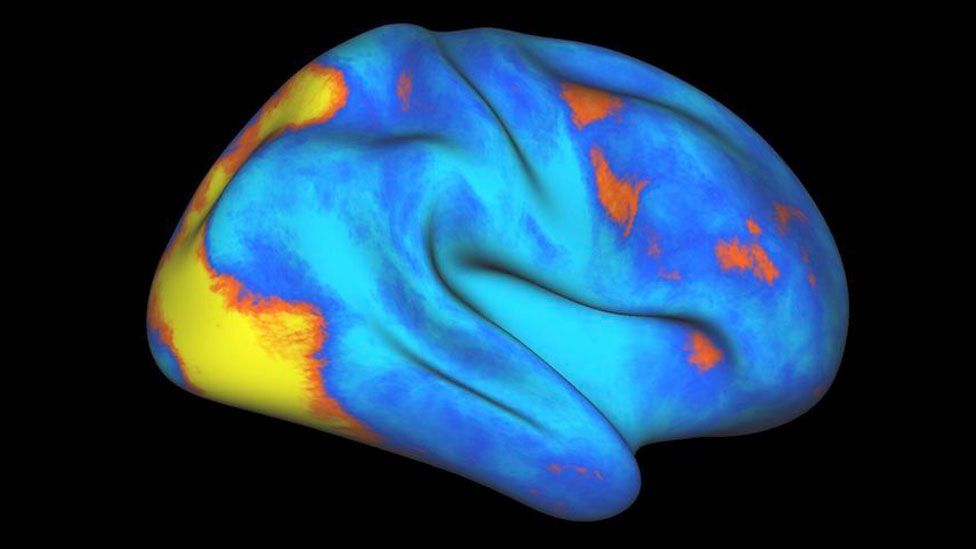 "Humans are much more complex in the way they interact socially, so they need a greater ability – or a better ability – to pick up on those subtle cues and use that information to guide their future decisions than a macaque would," Patel says. It's therefore possible that this additional network is used to detect behavioural information that macaques don't need. The study didn't look at social behaviours, however, so that idea is just speculation for now.

"The most exciting [finding], I think, is the fact that there is a clear sign that the human brain has some unique properties" that separate it from other monkeys and primates, Patel says. (Although he admits that the differences between humans and certain other species might not be as large.)

The macaque is an excellent model for attention research

The study is "very elegant," says Sabine Kastner, an attention researcher at Princeton University who didn't work on the study. But the findings can't really be used to discredit the use of the macaque brain model, she says. "There is a wealth of evidence that the macaque is an excellent model for attention research in general." Robert Desimone, a neuroscientist at MIT, agrees. A lot of studies suggest that there are numerous similarities across both species, he says.

Desimone also points out that fMRI data is limited because they're based on oxygen levels in the blood, instead of actual neural activity. This means that the data isn't very detailed; it’s an indirect measure of the activity of a very large number of neurons, says Detlef Wegener, a neuroscientist at the University of Bremen in Germany who didn't work on this study. Still, the work does hint that the human attention networks are characterised by particularities that "can't be fully deduced from monkey data", Wegener says.

Some human particularities can't be fully deduced from monkey data

For Patel, the study shows that there are some aspects of human cognition that "we'll just have to study in humans," instead of monkeys. He also hopes that this work will push scientists to try to understand more about the macaque brain and how it's adapted to its environment. Focusing on the macaque brain could reveal a lot about "what the human brain has done to adapt to its own environment" during the past 25 million years, he says.

This article was first published on The Verge.

In Depth
1How to control your sleeping mind
Science & Environment
2What makes human beings unique?
In Depth
3Concentrate! How to focus better
In Depth
4The man who can't feel emotions
Around the BBC