Loading
Last Place on Earth | City
Is the world running out of space?
Share using EmailShare on TwitterShare on FacebookShare on LinkedinShare on Whatsapp 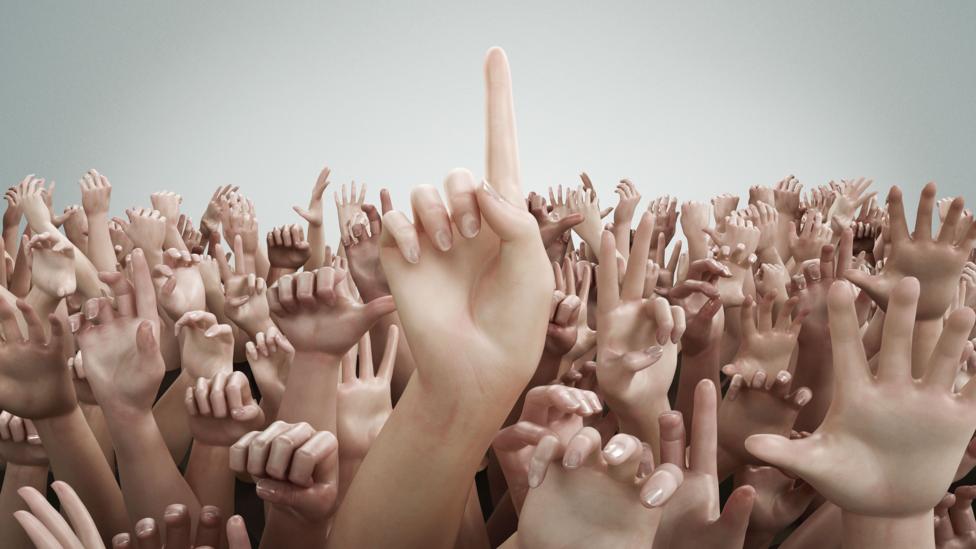 By Rachel Nuwer 1st September 2015
In an increasingly crowded world, will we still be able to find respite from one another?
S

Sometimes it’s difficult to fathom that the world could actually become even more crowded than it is today – especially when elbowing through a teeming Delhi market, hustling across a frenetic Tokyo street crossing or sharing breathing space with sweaty strangers crammed into a London Tube train. Yet our claustrophobia-inducing numbers are only set to grow.

While it is impossible to precisely predict population levels for the coming decades, researchers are certain of one thing: the world is going to become an increasingly crowded place. New estimates issued by the United Nations in July predict that, by 2030, our current 7.3 billion will have increased to 8.4 billion. That figure will rise to 9.7 billion by 2050, and to a mind-boggling 11.2 billion by 2100.

World population could rise to a mind-boggling 11.2 billion by 2100

Yet even today, it’s difficult enough to get away from one another. Drive a few hours outside of New York City or San Francisco, into the Catskill Mountains or Point Reyes National Seashore, and you’ll find crowds of city-dwellers clogging trails and beaches. Even more remote and supposedly idyllic spaces are feeling the crush, too. Backcountry permits for the Grand Tetons in Wyoming sell out months in advance, while Arches National park in Utah had to shut down for several hours last May due to a traffic gridlock. 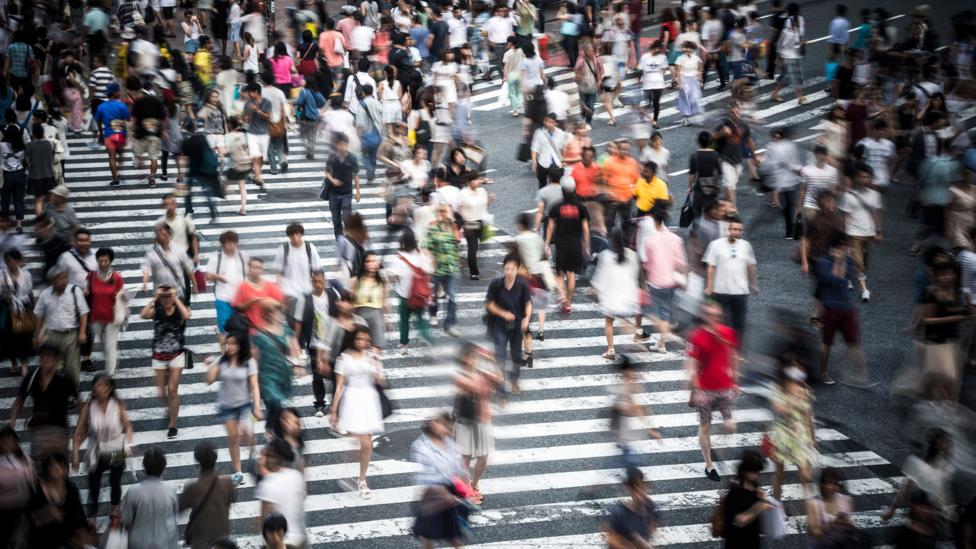 Is bustling Tokyo about to get busier? (Credit: Thinkstock)

For those who can afford the luxury of occasionally escaping other members of our own species, doing so often requires getting on a plane and travelling to increasingly far-fetched locales. Yet humanity’s footprint extends even to the most seemingly isolated of places: you’ll find nomadic herders in Mongolia’s Gobi desert, Berbers in the Sahara and camps of scientists in Antarctica.

This begs the question: as the world becomes even more crowded, will it become practically impossible to find a patch of land free from human settlement or presence? Will we eventually overtake all remaining habitable space? 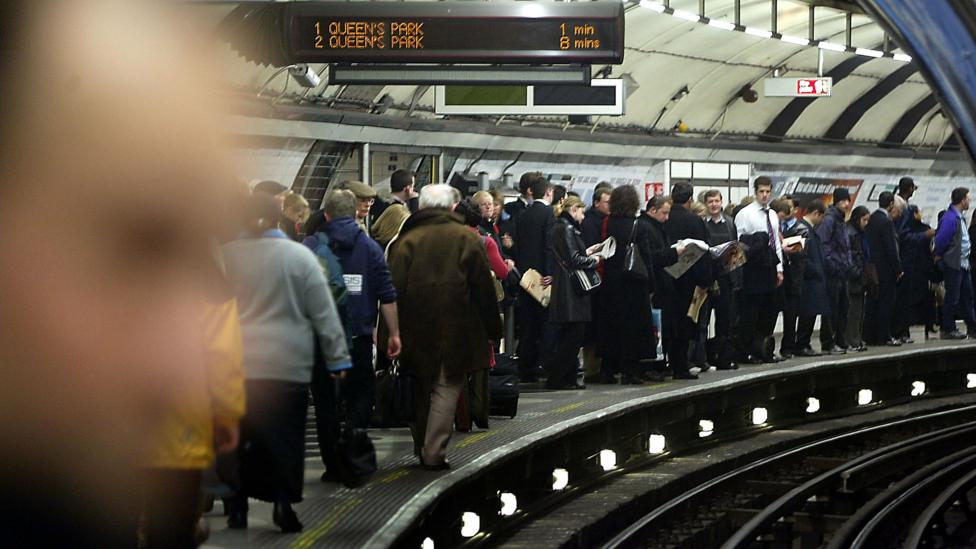 Virtually all population growth between now and the end of the century will be in cities – Joel Cohen, population expert

Taking a stab at answering these questions requires examining what we know about where people will likely base themselves in the future, and what life will be like then. For starters, experts predict that – reflecting current trends – an increasing number of us will live out our lives in cities. As agriculture becomes more efficient, people abandon jobs in that shrinking and difficult sector and instead take up ones in urban manufacturing or service. This has been going on for some decades. In 1930, just 30% of the world’s population lived in cities, compared to about 55% today. By 2050, however, about two-thirds will be based in urban areas.

“Virtually all population growth between now and the end of the century will be in cities,” says Joel Cohen, head of the Laboratory of Populations at Rockefeller University and Columbia University, and author of a book called How many people can the Earth support? “It boils down to more than one million additional people living in cities every five to six days from now until 2100.” 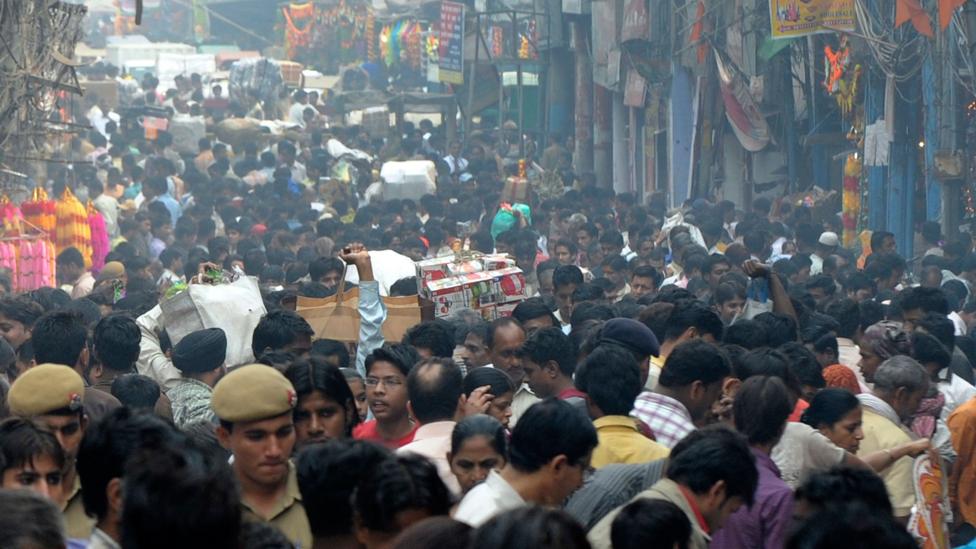 When in Delhi, it can be hard to fathom the idea that the world will become more populated (Credit: Getty Images)

Around half of the world’s population will live in smaller cities of half-a-million to three million residents. The rest will live in megacities, or those that harbour 10 million or more, which will mostly be located in developing and emerging economies such as China, India and Nigeria. Because of governance challenges, however, cities themselves probably won’t exceed far beyond 10 million or so. Instead, mega-regions – places where urban sprawl continues for miles and encompasses a number of cities, as seen today in places like the greater New York City area and China’s Pearl River Delta – will become the norm. Both cities and regions will expand geographically as well as become denser.

“People can live at much higher population densities – it is possible,” says John Wilmoth, director of the Population Division of the United Nations. “As someone who lives in Manhattan, I have to say that it’s not awful.” 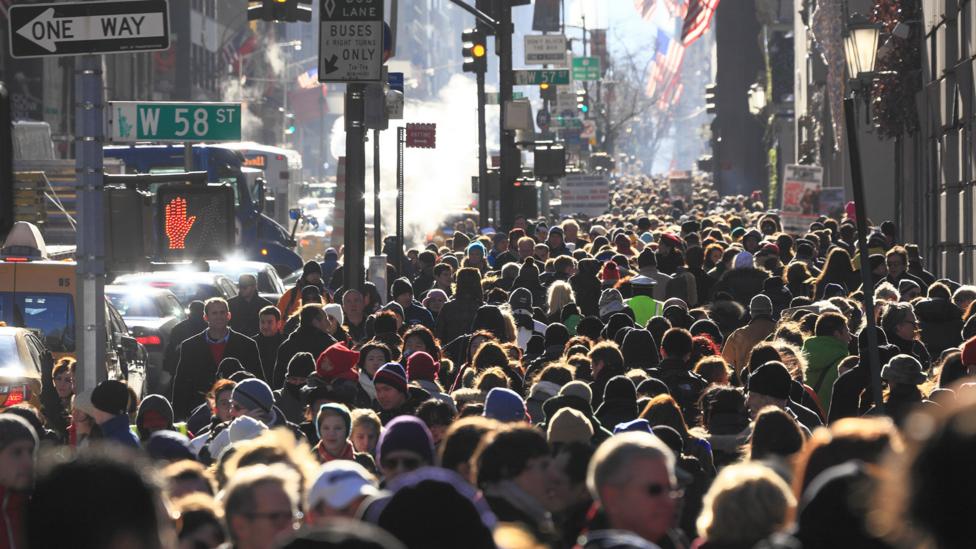 Life in Manhattan is overcrowded but well-connected to services (Credit: Getty Images)

Manhattan’s educational, cultural and employment opportunities – as well as its health care options, safety regulations and relatively efficient infrastructure – all contribute to the high quality of life its residents enjoy. Those are not universal urban guarantees, however, and they do not necessarily develop organically as a city or country grows. As Adrian Raftery, a professor of statistics and sociology at the University of Washington, points out: “Increases in population have to be planned for.”

Much of the future population increase will come from Africa

It takes capable governments and institutions to organise basic amenities such as freshwater, sanitation and waste disposal. “But the problem,” Cohen says, “is that managerial talent is in short supply.” Worryingly, the places that are most in need of such oversight today are also the ones where most of humanity’s growth is projected to occur. Much of the future population increase will come from Africa, which will shoot up from its current one billion people to over four billion by 2100. “The Africa projections are really scary,” says John Bongaarts, vice president and distinguished scholar at the Population Council, a non-profit research organisation based in New York City. “A large proportion will end up in urban slums, which is not a recipe for happy living.”

The problem, he continues, is that Africa’s large cities – and, to some extent, Asia’s as well – are not equipped to absorb all of that population influx. 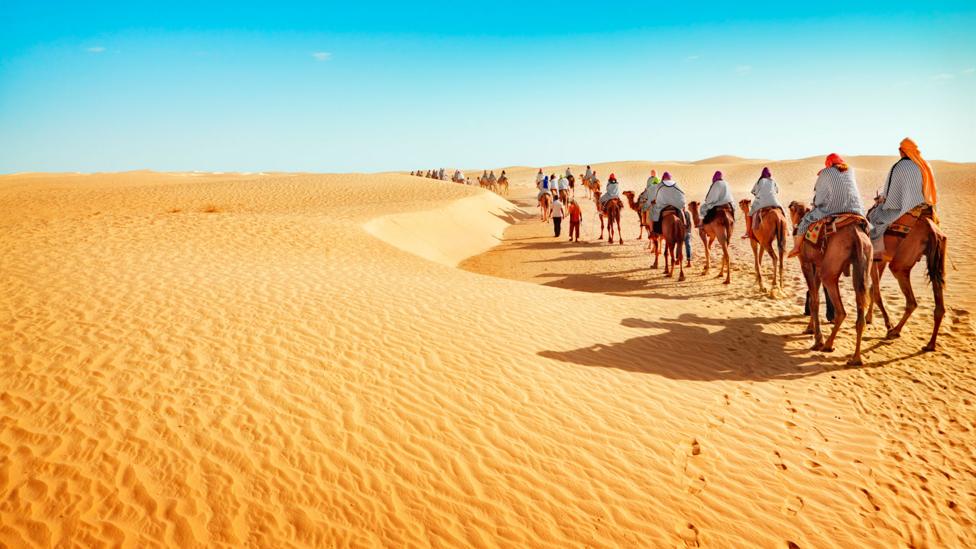 Humanity's footprint extends to all places, even deserts (Credit: Thinkstock)

Indeed, places like Lagos, Dhaka and Mumbai already face tremendous challenges at current levels. “People buy water at great [high] prices from street vendors, human waste is all over the place and garbage is just abandoned – not to even speak of green spaces around the city or quality of habitation,” Cohen says. “I don’t think we are preparing adequately in thinking about the placement and organisation, or the political and environmental security, of growing cities.”

Even in developed countries, however, standards of living will probably not continue to improve at the same rate as in recent years. “We’ve had a few decades of extraordinarily rapid economic growth, with poverty declining in both rich and poor countries,” Bongaarts says. “But this will become much more difficult in the future.”

We have already used up the most productive land, rivers and water

The reasons, he says, are three-fold. Wealthy countries are ageing, meaning their rate of growth and innovation will begin to slow. Secondly, the environmental odds of unencumbered growth are stacked against us: we have already used up the most productive land, dammed the most energetically profitable rivers and tapped into the easiest-to-reach groundwater. Finally, inequality is becoming an increasing problem. While the average American’s median income has not budged much in the past few decades, the top 1% is doing increasingly well. “That phenomenon will continue into the future and in part will be driven by environmental issues,” Bongaarts says. 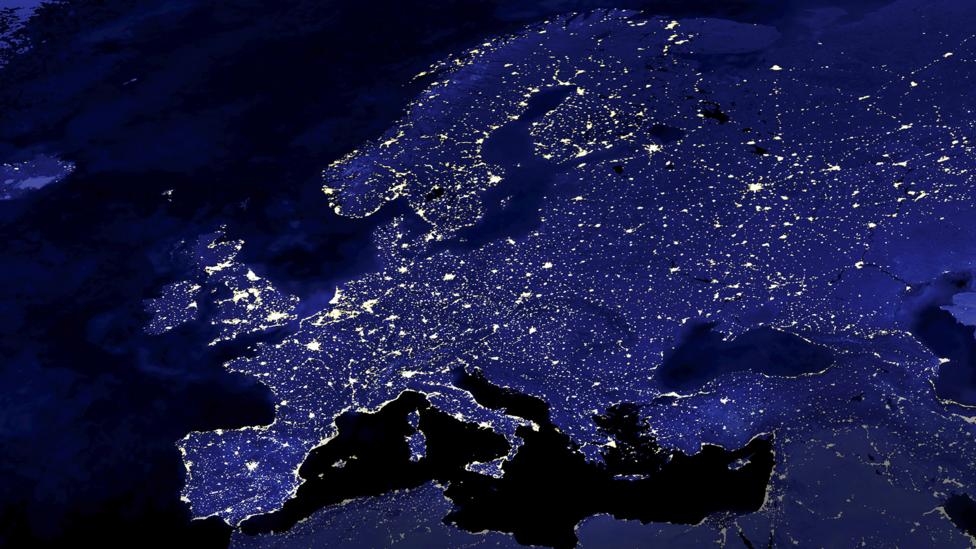 Most of the upcoming population growth will not be in Europe - rather developing countries (Credit: Thinkstock)

Climate change is another wild card that could have a significant impact on how both developed and developing urban centres play out in the future. Around 60% of all cities that currently have a million residents or more are at risk of at least one type of major natural disaster, many of them climate-related, and even the most well-organised, highly developed cities have yet to fully plan for these threats. “People oftentimes don’t want to have this discussion because it’s associated with an alarmist view of climate change, but it’s worthwhile to consider what catastrophic climate change would mean for habitable space,” says Michail Fragkias, an applied social scientist at Boise State University.

While the impact of many of these issues could lessen with proper planning, outside of a few progressive nations and cities, there is not much evidence that that is occurring. “No doubt the problems will work themselves out, one way or another,” Cohen says. “But likely at a cost of tremendous and avoidable human suffering.”

Cities, however, are not the only places that will experience future change due to growing populations. Rural and remote places that are not strictly protected will likely see a modest increase in human habitation, too. “With a combination of climate change and technology, it’s not unthinkable that Antarctica might become inhabited, although it’s hard to imagine it being densely populated,” Raftery says. This also means that, for those with the means to do so, finding a quiet corner free from humanity’s mark will become even more challenging. There will simply be too many other people with the same idea in mind. 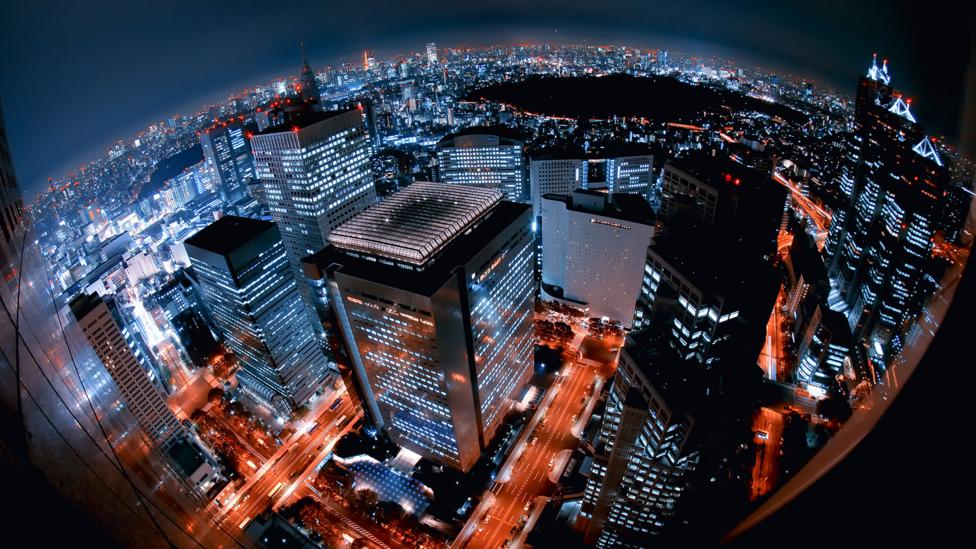 None of this, however, means that we will run out of actual space to live. Around half of the world’s land currently holds around 2% of the planet’s population, whereas only about 3% of total land supports more than half of humanity. But a growing population does mean that the number of relatively pristine places left to visit will also likely decrease, thanks to an ever-increasing demand for resources needed to support urban lives. “I’d say there’s no threat of the world’s rainforests all being taken over by cities,” says Karen Seto, a professor of geography and urbanisation at Yale University. “The bigger threat is the indirect impact of urbanisation on those landscapes.” Indeed, cities require wood for creating buildings and furniture, agricultural land for growing food, space to dispose of tonnes of rubbish produced on a daily basis – and much more.

Eventually, world population will likely level off, Wilmoth says. Even with our numbers skyrocketing into the billions, growth throughout this century is actually already slowing, and is projected to continue to do so. Many decades from now, human population might even begin to decline. For the foreseeable future, however, we are headed toward an increasingly crowded Earth – although the conditions of that world are still uncertain.