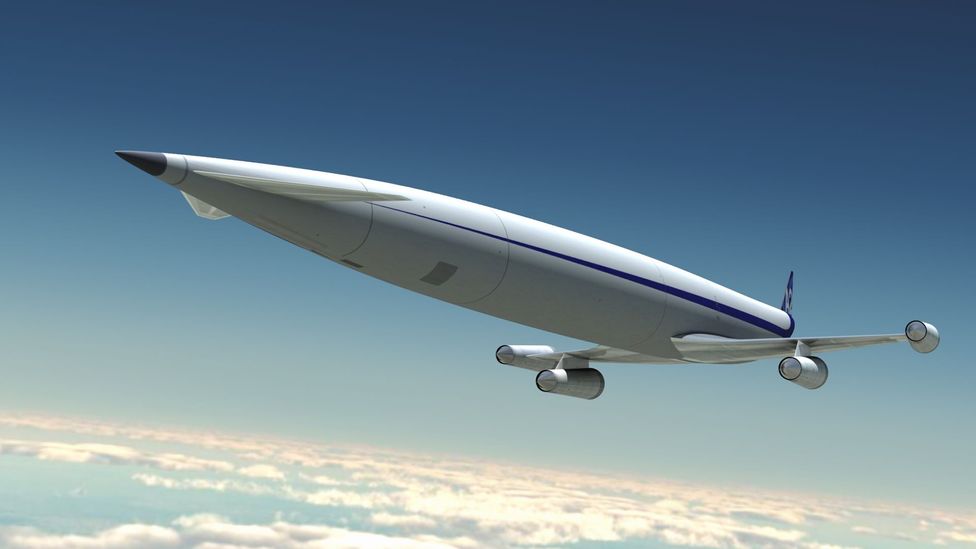 By Adrian Giordani 15th September 2015
Could an airliner that flies anywhere in under three hours be in service by 2030?

“It is a magic aircraft… the pleasure of flying in it is almost a carnal one.” So said Joelle Cornet-Templet, a chief stewardess for Air France, about Concorde: one of the world’s first supersonic civilian airplanes, which flew from 1976 to 2003 and became a watchword for travelling in style.

This thoroughbred airliner could fly from London to Sydney in 17 hours, three minutes and 45 seconds; compared to around 22 hours on a Boeing 747.

Concorde was the best-known member of an exclusive club of two; the only other civilian airliner able to break the speed of sound was the Soviet Union’s Tupolev Tu-144, which flew until 1999. A variant of the Tupolev was used in experiments by Nasa, and American and Russian aerospace industries, in a joint research program after the end of the Cold War.

The end of the Concorde and Tupolev airliners left the supersonic market empty. But now, 12 years after the Concorde fleet last flew, even faster airliners are taking shape in research facilities. 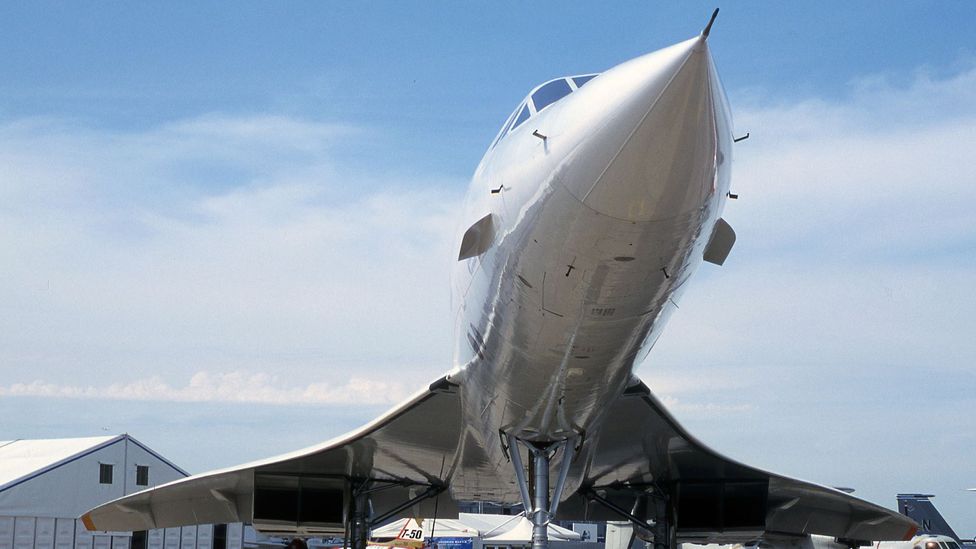 When Concorde bowed out in 2003, supersonic air travel went with it (Credit: Science Photo Library)

One of those designs is by Lapcat-II, a European-designed aeroplane capable of cruising speeds up to eight times faster than sound (8,500 km/h or 5,280 mph) taking passengers from Brussels to Sydney in 2 hours and 55 minutes.

At the AIAA Hypersonic Space Plane conference in Glasgow in Scotland in July, a paper submitted by Lapcat-II researchers said their early airliner tests suggested such a design would be greener than current aircraft, just as safe, and would not cost much more than today’s long-haul flights.

Johan Steelant, a senior research engineer at the European Space Agency (Esa) and coordinator of Lapcat-II, with his colleagues, has been testing two prototypes. One is a Mach 5 plane – the Lapcat-A2 powered by a pre-cooled air-turbo ramjet; and a promising – Esa-designed – Mach 8 plane, also powered by a ramjet engine.

A ramjet is an air-breathing jet, with no major moving parts. The engine's forward motion compresses incoming air travelling at high speed, ramming it into a combustion chamber. A similar concept powers the new missiles used by the Eurofighter Typhoon fighter plane, for instance.

Ramjets can move a plane very fast. But how do you power them? Fuel choice is important, especially as one consideration for any future hypersonic fleet will be to try to keep its emissions as low as possible. This is why hydrogen was chosen, rather than a fuel based on hydrocarbons.

Although hydrogen can be ignited, the risks of an explosion or fire are lower compared to conventional airline kerosene fuel

What’s more, liquid hydrogen fuel is not highly combustible mid-flight. Although hydrogen can be ignited, the risks of an explosion or fire are lower compared to conventional airline kerosene fuel. Nasa used the same stuff to power the Space Shuttle.

“If there is leak, the hydrogen is so light that it goes straight up; hence there won't be a pool of hydrogen on the ground as is the case for kerosene. Hydrogen, like kerosene, needs an igniter or a heat source to initiate combustion so it doesn't ignite spontaneously,” says Steelant.

The Lapcat-II team is not alone in this field. They are sharing concepts and ideas with researchers across the Pacific Ocean. In Asia, Japan’s Aerospace Exploration Agency (Jaxa) is also working on a hypersonic airliner called Hytex intended to cross the Pacific Ocean in two hours at speeds of Mach 5.

Both Lapcat-II and Jaxa are part of a hypersonic knowledge-transfer project between Europe and Japan called Hikari. 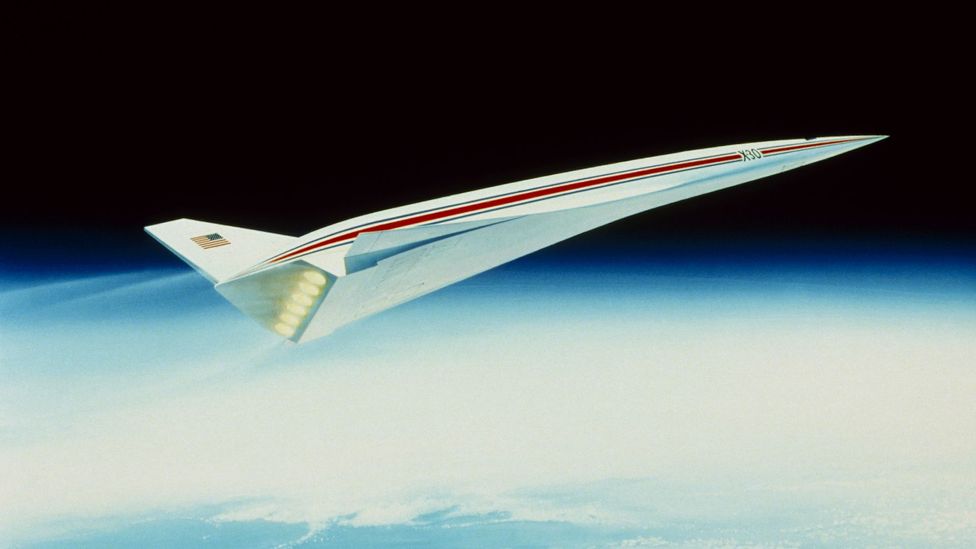 The Hytex’s’s turbojet engine has been successfully tested in a flight experiment which simulates speeds up to Mach 1.8. Hytex uses liquid hydrogen both as a fuel and coolant for air travelling at hypersonic speeds.

“We have finished the conceptual design and aerodynamic wind tunnel tests of Hytex. The fuel consumption is one-fifth that of rocket engines,” says Hideyuki Taguchi, leader of Jaxa’s hypersonic airplane research.

But, deriving hydrogen efficiently is one main factor for high operating costs. If the hydrogen can be sourced from natural gas, instead of from the electrolysis of water, the airfare tickets of a hypersonic trip could drop to about half the price of a business-class ticket.

Based on current projections the ticket price will be about three times more expensive on average than current business-class subsonic tickets. One estimate puts the cost at €5,000 (£3,700) per seat for a Brussels to Sydney one-way trip.

The big question now is how to create all of that hydrogen.

“Wind turbines could actually store their energy by producing hydrogen,” says Steelant. “This has already been established by a Belgian supermarket chain where their forklifts are driven by hydrogen produced from an on-site wind-turbine park.”

Even though hydrogen-fuelled airliners would not emit greenhouse-increasing gases such as carbon dioxide, sulphur oxides or soot like today’s subsonic airplanes, there is another issue. Water vapour produced by hydrogen combustion stays in the stratosphere for a long time, and could be a contributing factor to global warming. 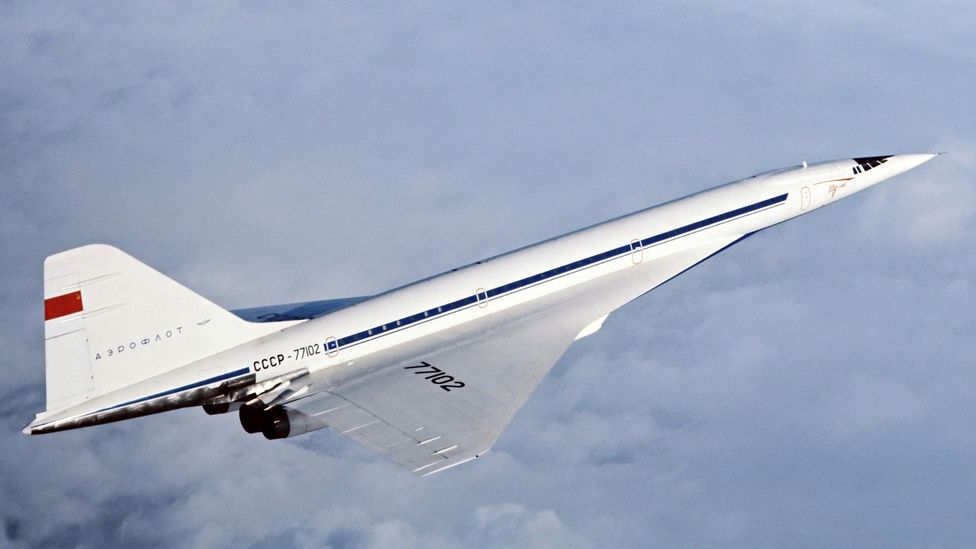 The Soviet Tu-144 was the only other airliner to take passengers faster than the speed of sound (Credit: Science Photo Library)

And that effect could be worse than the current fleet of long-haul airliners – the longer that water vapour remains. "We still have to consider how this vapour decomposes over time,” Steelant says. “Previous studies have shown that the lifetime of water vapour decreases exponentially, taking from 30 years at 25 kilometres altitude to less than one year above 32 to 34 kilometres."

Lapcat-II also plans for their Mach 8 Esa-variant airliner to fly well above 33 km, hopefully minimising the environmental impact. An alternative fuel could be liquefied natural gas such as super-cold liquid methane; when stored as a liquid it needs far less space than gas.

“If a market for small business jets existed, this could pave the way,” says Steelant.

Race for the skies

Other companies are already working to make the supersonic business-aviation market a reality. Airbus has just patented a delta-wing Mach 4.5 hypersonic design that could be used to create business jets. Also, they are working with US-based start-up Aerion to make available a fleet of supersonic jets for wealthy clients.

Spike Aerospace, another US company, plans to launch a similar supersonic business passenger plane, with internal video screens linked to external cameras instead of windows. And Lockheed Martin has a commercial plane, the N+2, that will travel at Mach 1.7.

There’s one problem with flying so fast, however – the boom as you break the sound barrier. European hypersonic jets would fly over the North Pole and cross the Bering Strait, avoiding populated land. A sonic boom generates a 160-decibel noise that travels to the ground and can permanently damage human ears. The retired Concorde produced a 135-decibel noise on the ground – a lot more than the average Airbus.

Another problem is that of the ‘superboom’ which develops when a supersonic airplane changes its speed, turns or manoeuvres. In a superboom the ground noise of a sonic boom is two or three times louder than it is at the plane’s altitude. As the European hypersonic plane will fly higher, its ground shock waves will be spread out and produce a smaller shock wave.

Nasa is working with Lockheed Martin and Boeing to design airplanes that break the sound barrier more quietly. From 2020 to 2025 it may be possible that airplanes could then exceed the sound barrier over populated land without causing a major disturbance.

In Europe, Steelant’s team tested their 300-seat design, albeit a 1:120 scale model, at speeds of Mach 8 within a wind tunnel. They proved the design could generate a positive thrust. While the design consumes two times more fuel per second than a Mach 4 plane, it gets to the destination in roughly half the time – so the fuel consumed overall during the trip is roughly the same.

A question of heat

Dealing with heat will be a real concern. Anything travelling at Mach 5 and above has to withstand surface temperatures of up to 1,000C. Aluminium and titanium melt like butter at this speed. Ceramic panels will have to be used.

During tests, the heat that accumulated at Mach 8 was up to 30% less than at Mach 5. This ‘thermal paradox’ was a nice surprise for Steelant’s team, who presented their results at the Glasgow conference in July. “The thermal protection for a Mach 8 can be lighter than a Mach 5. When we have a lighter airplane, we have lower fuel consumption and smaller tanks, which makes the vehicle again smaller,” Steelant says. 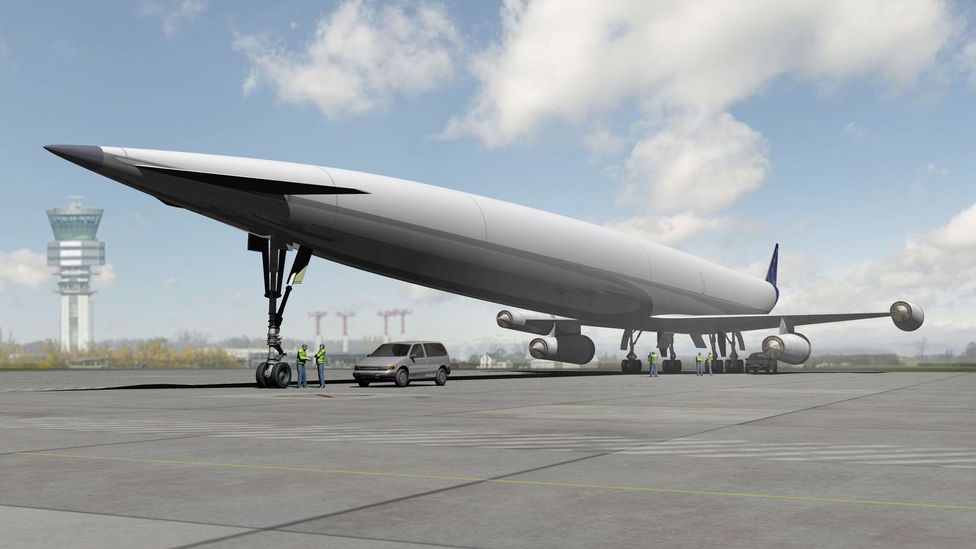 A design based on the Lapcat A2 could fly from Europe to Australia in just a few hours (Credit: Reaction Engines)

The Jaxa project has studied the potential market for hypersonic airliners travelling at Mach 5 and found a 100-passenger aircraft flying two round trips per day is realistic based on market research. These passengers would be made up mostly of enthusiastic first-class ticket holders.

By 2030 the hypersonic aviation industry could employ over 500,000 people, and be worth 3.5 billion euros (£2.5 bn) a year, according to research by Airbus and the Japan Aircraft Development Corporation.

“The estimated ticket price for Tokyo to Los Angeles is the same as that of an existing first-class seat,” says Taguchi. This represents about 10% of the market of passengers willing to pay for these time-saving routes.

Airbus and Aerion’s aeroplane tests will start in 2019. The European A2 Mach 5 aeroplane may take another 20 years to complete. The Esa Mach 8 aeroplane might become commercially sustainable sometime in the mid 21st Century.

The Concordes and Tupolevs that paved the way for supersonic air travel in the 1970s now gather dust in museums. But their legacy may be continued, fast and high above our heads, in the years to come.