Loading
The Secret World Of... | Energy
Why the US hides 700 million barrels of oil underground
Share using EmailShare on TwitterShare on FacebookShare on Linkedin 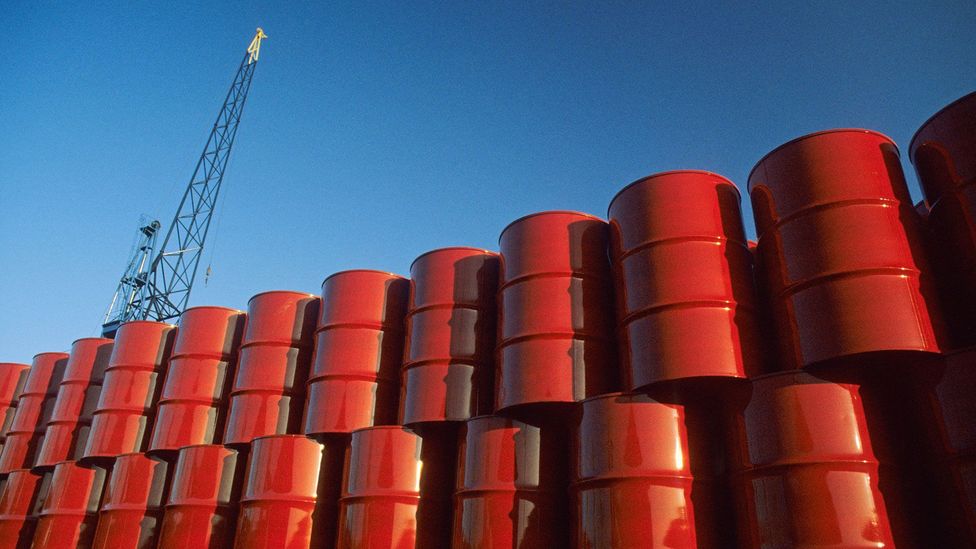 By Chris Baraniuk 22nd September 2015
The world’s superpowers store an enormous stockpile of oil in secure caverns and tanks around the world. So why can’t we use it?
S

The facility was set up 40 years ago and there are now many other huge oil stockpiles dotted around the world. In fact, a whole host of countries have poured billions of dollars into developing such facilities and more are on the way. But what are these reserves – and why would anyone want to bury oil back into the ground in the first place?

The answer lies in the energy crisis of 1973. Arab oil exporters had cut off the West from their supplies in response to US support for Israel during the Yom Kippur War. The world was so dependent on oil from the Middle East that prices skyrocketed and petrol was soon being rationed at US filling stations. In some cases, it dried up completely. People feared that any petrol they had might be stolen and a few even took to protecting their cars with firearms (see photographs taken during the crisis, below). 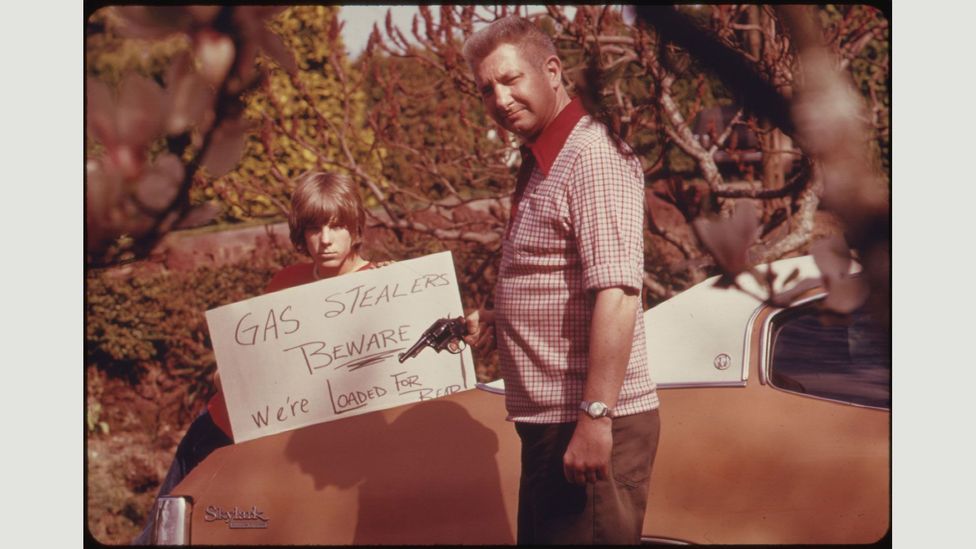 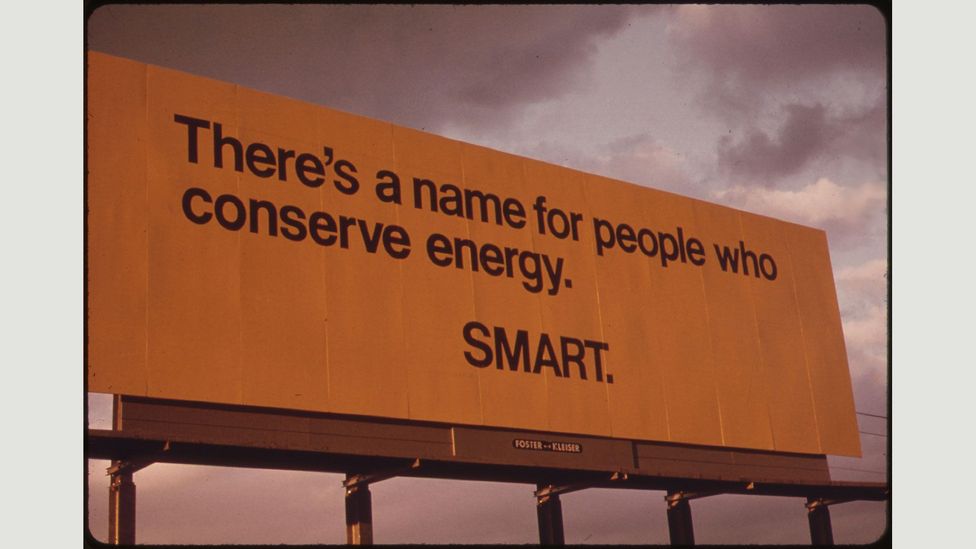 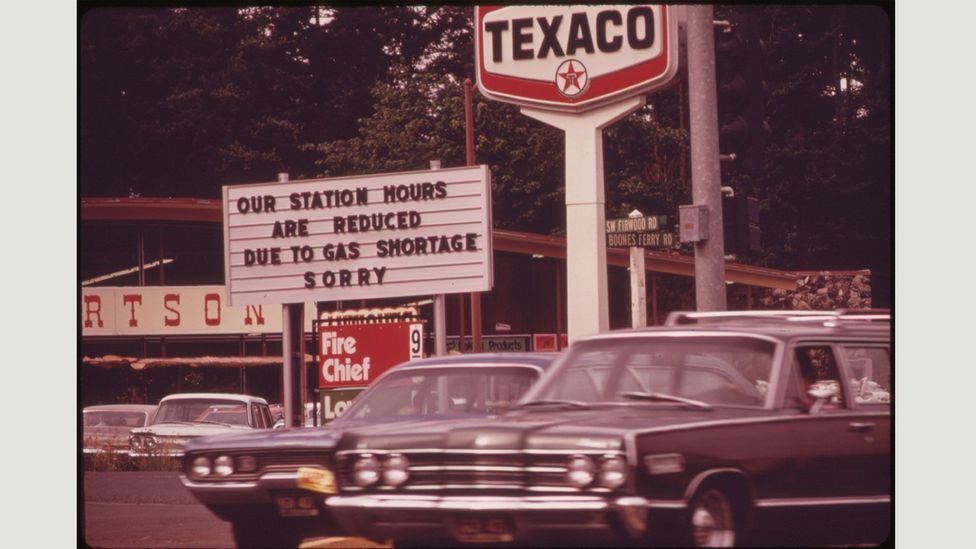 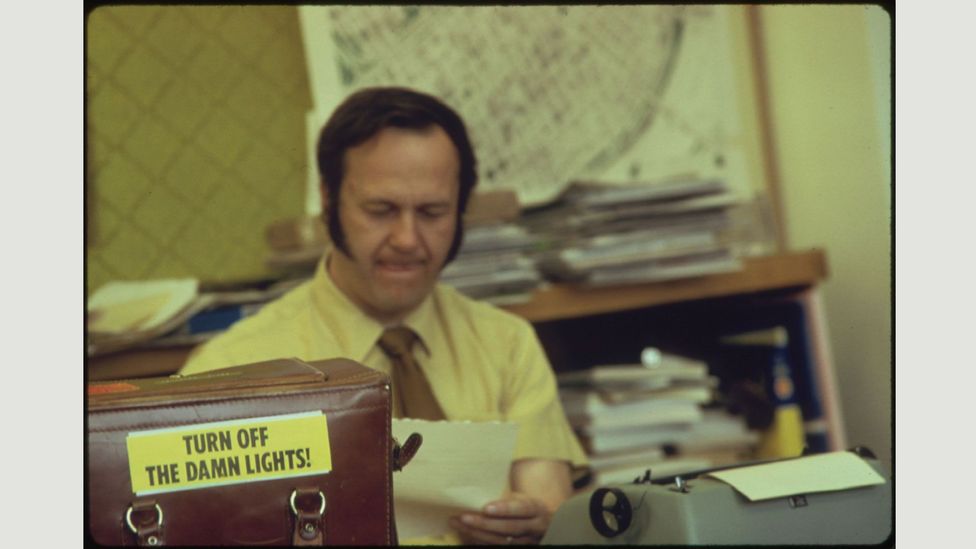 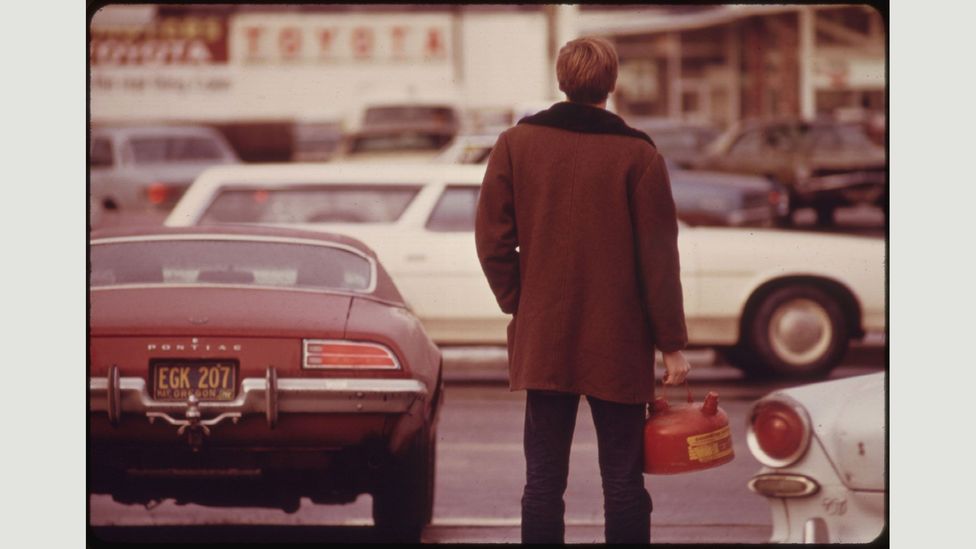 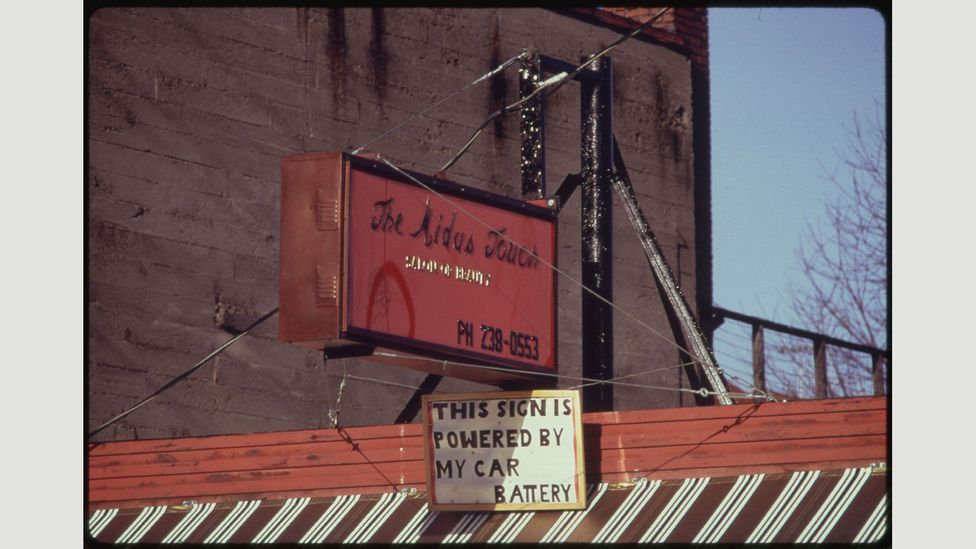 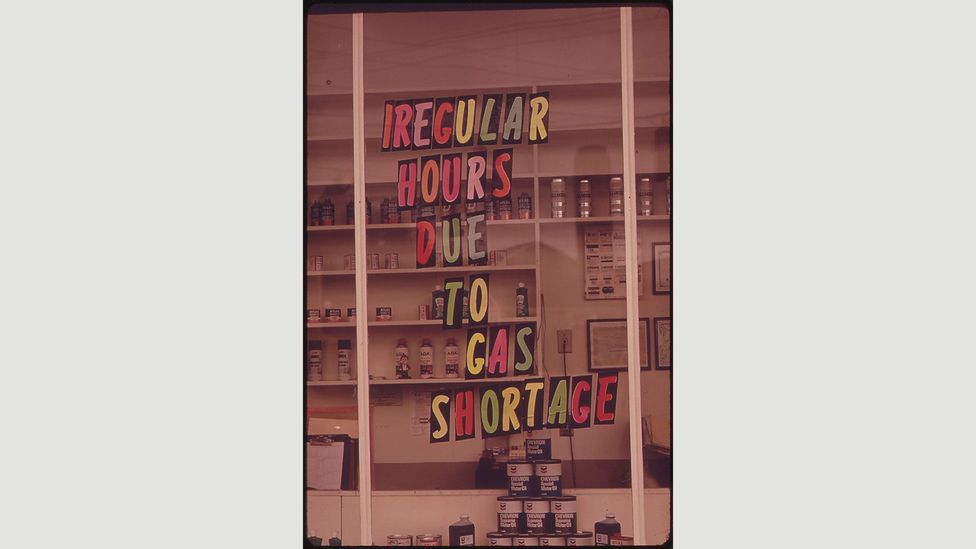 A couple of years later, the US began building its SPR, filling caverns full of crude oil. Were oil supplies to be severely disrupted in the future, now the US would have its own stores to tide them through a price spike and alleviate pressure on global markets. As a government website boasts, “The SPR's formidable size… makes it a significant deterrent to oil import cutoffs and a key tool of foreign policy.” It’s a neat, but expensive, idea. The current year’s budget for maintaining the SPR is $200m.

Bob Corbin at the US Department of Energy is the person in charge of making sure that money is spent wisely. “All of our sites are located in what we call salt domes,” he explains. “The salt is impervious to the crude oil, there’s no mixing, no breaking down, so it’s a great storage facility.” Corbin, who served for 22 years with the military in the US Coast Guard, is proud of the four sites, which stretch from Baton Rouge, Louisiana to the largest of the four, near the tiny city of Freeport, Texas. He refers to the vast salt storage chambers as “my caverns”. “The sites themselves,” he says, “are very impressive.” 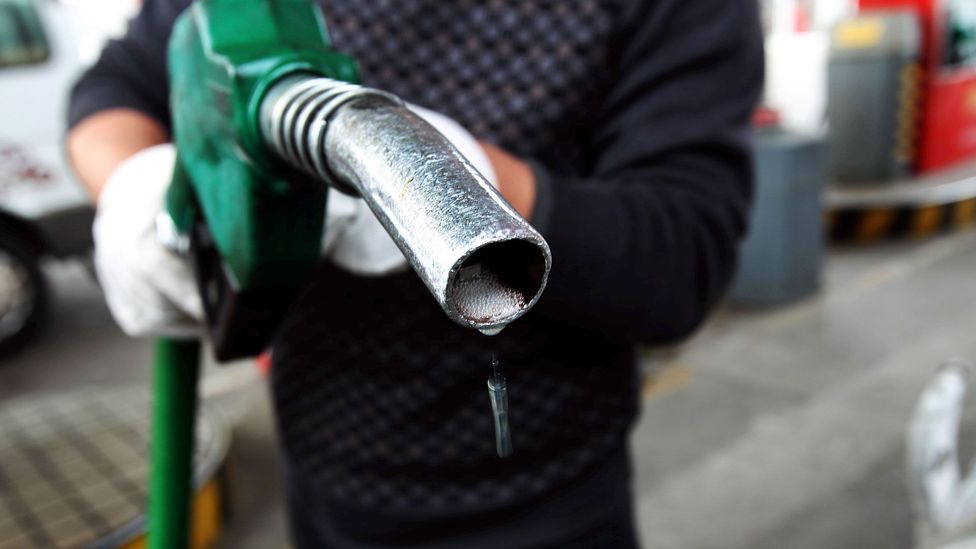 China has ploughed funds into their own reserves (Credit: Corbis)

But there’s not much to see above ground – merely some wellbore heads and pipelines. The wellbores themselves plunge thousands of feet into the caverns below and can push water in at high pressure in order to retrieve the oil through a process of displacement. Corbin adds that managing such infrastructure comes with unique challenges. The salt caverns are not completely stable, for example. Sometimes bits of the walls or ceilings may crumble away, causing damage to machinery which has to be carefully replaced. It’s not possible for workers to enter the caverns physically so, like drilling oil out of a natural well, it has to be done remotely. 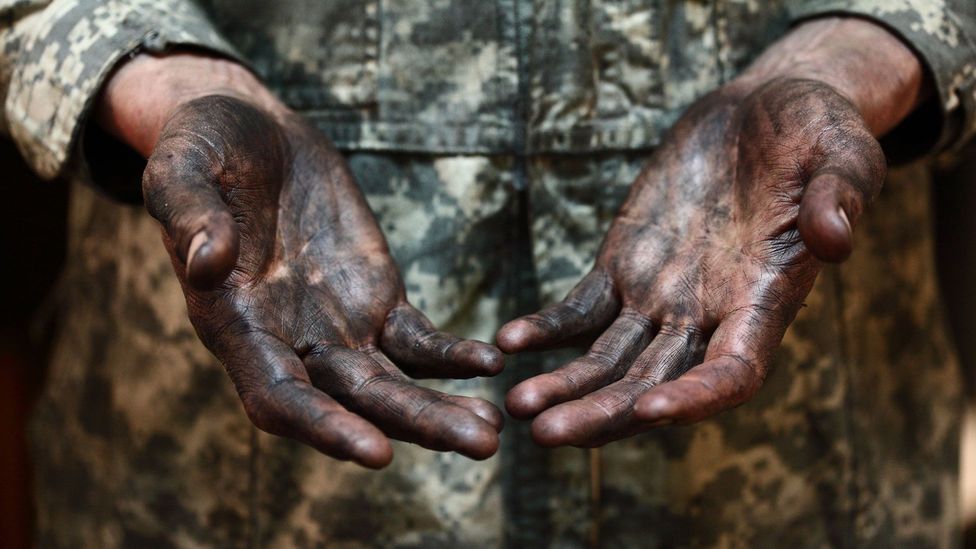 However, special tools can be used to give a little visibility. “Periodically when caverns are empty you can actually shoot sonar images of the caverns,” says Corbin. “And that gives you a three-dimensional way of looking at them.” Some have interesting shapes, he adds. The outline of one chamber, for example, would resemble a large flying saucer.

America has, in the past, relied on the SPR to help get it out of sticky situations

America has, in the past, relied on the SPR to help get it out of sticky situations. Take the first Gulf War for example, in which oil distribution in the Middle East was disrupted. Or Hurricane Katrina in 2005, when requests for emergency oil were approved within 24 hours of the storm's landfall.

The US is far from the only country which has invested heavily in strategic oil reserves. Japan has a series of sites where well over 500 million barrels of oil are stored in large above-ground tanks. The facility at Shibushi, for example is just off-shore. Following the catastrophic earthquake and tsunami which struck Japan in 2011, calls were made to expand the country’s oil stocks in case of crises in the future which might hamper oil distribution again. 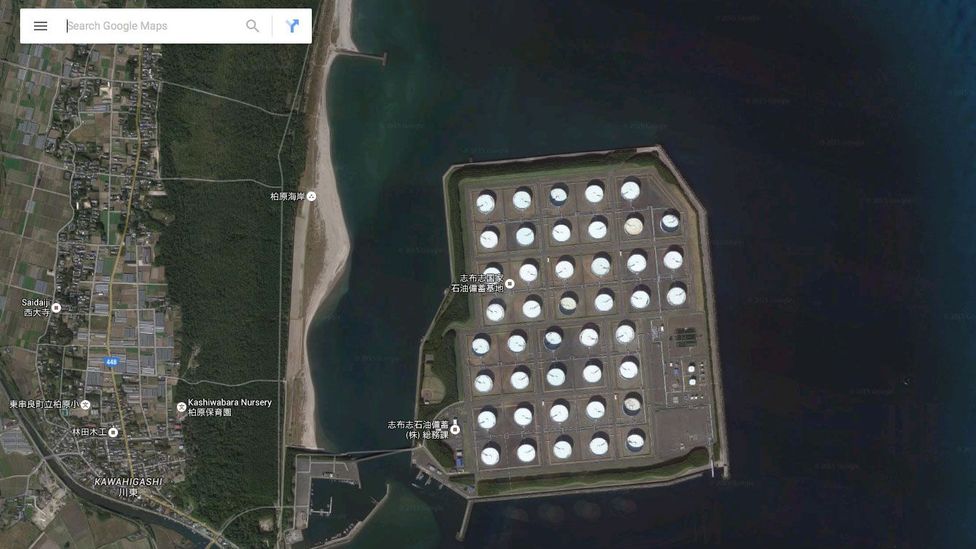 The tanks at Shibushi in Japan, which some fear are vulnerable to earthquakes (Credit: Google)

The International Energy Agency (IEA) oversees the release of oil from a wide range of reserves internationally. Martin Young is head of the body’s Emergency Policy Division: “When a country signs up to the IEA there are various obligations,” he says. “One of the key obligations is to hold oil stocks equivalent to 90 days’ imports.”

But not all countries have salt domes to store oil underground. Nor do all countries even have large, specialised storage facilities for SPR purposes. The UK, for instance, has neither. “What the UK has is an obligation on industry to hold oil at their existing sites above what they would normally do,” explains Young. That oil is quietly kept aside by firms so that the government can access it immediately, if and when it’s needed.

Two nations which are not members of the IEA, India and China, have in recent years ploughed funds into their own SPRs. The Chinese in particular have ambitious plans. A diverse array of storage locations, dotted across the land will, it is hoped, eventually store almost as much as the Americans in a combination of state-owned facilities and commercial stockpiles. The Chinese don’t have the luxury of salt caverns and have to opt instead for much more expensive storage above ground in tanks. They’re easy to spot on Google Earth and in satellite photos – just look for the rows of large white dots. The SPR site in Zhenhai is just one of these and it currently holds its full capacity of 33 million barrels. “It was big,” says Young, who visited the location a few years ago. “What you see is a whole load of oil tanks co-located with a couple of oil refineries.” 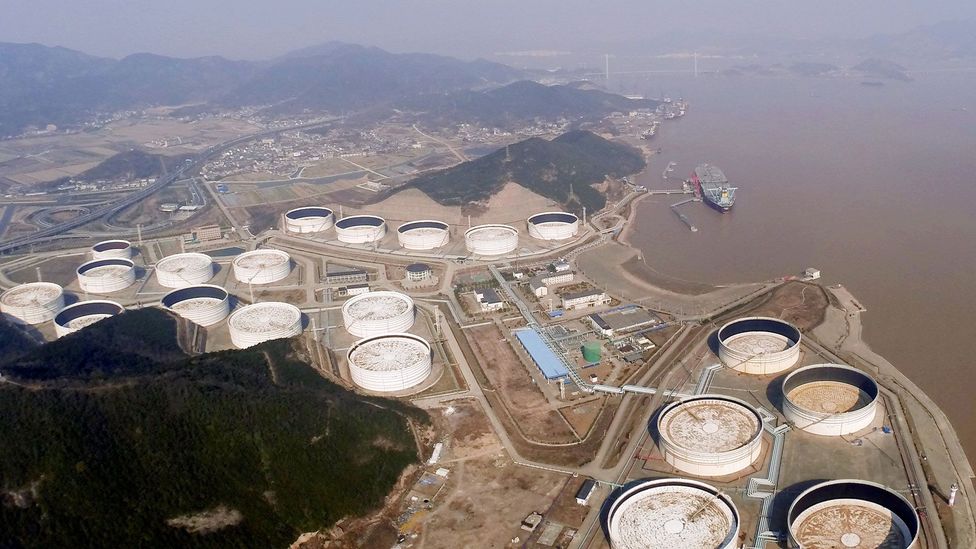 The Chinese have opted for storage above ground in tanks, as the geology is less suitable (Credit: Corbis)

Narongpand Lisapahanya, an oil and gas analyst at investment group CLSA, says that spending money on developing an SPR is all part of China’s plan to be treated seriously as a global superpower. “If you’re going to be a superpower, you’re going to have to have the reserve,” he says with a laugh. “It helps you become part of treaties globally. If another superpower, during energy events, asks for a release of reserves then China can now take part.”

No modern superpower, then, is complete without an SPR to call its own. While the growth of reserves around the world is generally welcomed, there are some who worry that countries outside the IEA could use their reserves to manipulate global oil prices by selling off stocks at opportune moments. Of course, mitigating nasty price spikes is exactly why SPRs were invented in the first place, as Carmine Difiglio at the US Department of Energy explains: “Protecting the US economy from sharp increases in domestic petroleum product prices was the purpose of the SPR in 1975 and it remains the purpose of the SPR today,” he says.

But there’s an important line to draw between that and using an SPR for ad hoc manipulation of the world’s markets. On this point, Martin Young is emphatic: “The oil stocks are not there for price management as such,” he explains, “they’re there to correct a shortage in the market because of a supply disruption.” 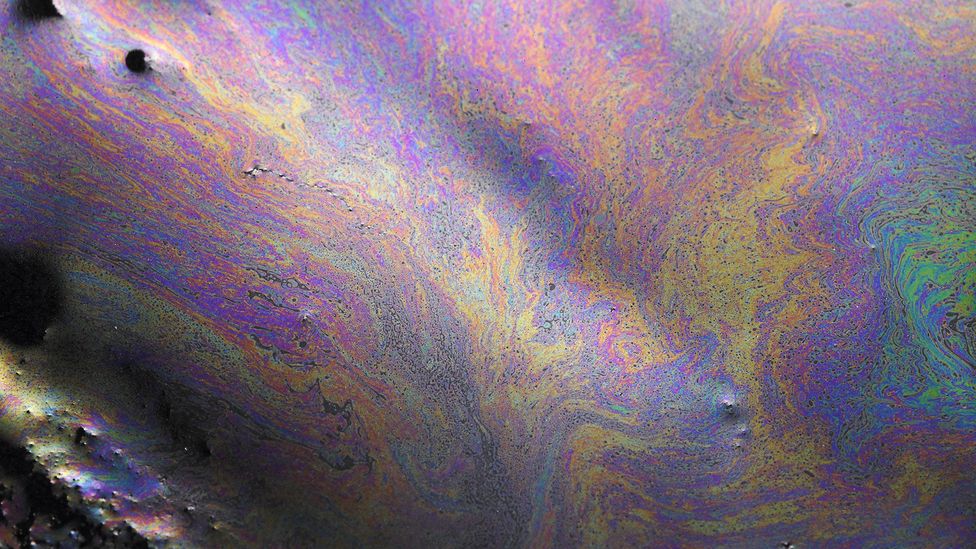 In the US, caverns in salt are filled to the brim with crude oil (Credit: Getty Images)

There’s a continual debate about how SPR stocks should be used, though. Some people think releases could be more aggressive while others question whether the US has always taken full advantage of its SPR oil, which is valued at roughly $43.5bn. “For some folks, 700 million barrels in the ground just looks like a gigantic pot of money,” comments Sarah Ladislaw, at the Center for Strategic and International Studies in Washington DC.

The US oil reserve is valued at roughly $43.5bn

Few, though, would support initiatives to fundamentally change how SPRs are used – in the US or elsewhere. The emphasis is definitely on planning for emergencies and mitigating supply problems. Governments and the IEA prepare for such situations by working out how they would draw oil from SPRs in the event of a crisis. There are even specialist firms which help with this sort of planning, such as EnSys, which has developed a sophisticated computer model to simulate future pricing fluctuations in the oil industry.

This expertise helps EnSys to advise groups which control SPRs as to when and why they might consider distributing oil to local refineries. As CEO Martin Tallett explains, it’s a numbers game. By how many barrels will your imports be short during a given crisis? How much would have to be released from an SPR to ease that? 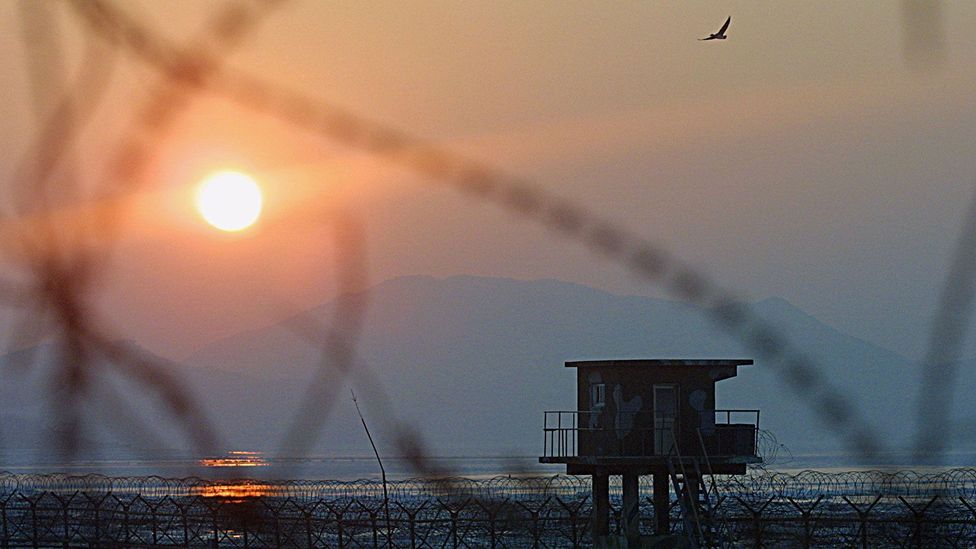 South Korea has access to the reserve of Japan in an emergency (Credit: Getty Images)

As governments continue planning for the worst, oil stockpiles only look set to get bigger and bigger

“What we would do is sit down with somebody and say, OK, there’s disruption in the Middle East, maybe North Africa as well,” he says. “And we really start from the numbers rather than spending a lot of time understanding in-depth the geopolitical machinations that could have caused the disruption.”

As governments and energy bodies continue planning for the worst, oil stockpiles only look set to get bigger and bigger. It’s obvious that the US and many other countries believe their SPRs are a good investment.

Despite all the preparations, it’s still possible that, during a future crisis, oil might not be distributed quickly enough from the strategic reserves. Would we get a repeat of 1973? Bob Corbin, for one, won’t say: “I wouldn’t want to speculate on what could or could not occur,” he comments. “We’re prepared to deliver whenever we need to.”