All across the world, women enjoy longer lifespans. David Robson investigates the reasons why, and whether men can do anything about it.

As soon as I was born, I was already destined to die earlier than half the babies in my maternity ward – a curse that I can do little to avoid. The reason? My sex. Simply due to the fact that I am male, I can be expected to die around three years earlier than a woman born on the same day.

What is it about being a man that means I am likely to die younger than the women around me? And is it possible for me to break the curse of my gender? Although this puzzling divide has been known for decades, it is only recently that we have started coming close to some answers.

One early idea was that men work themselves into an early grave. Whether working in a mine or ploughing the land, they put extra stress on their bodies and amassed injuries that caught up with them later in life. Yet if that were the case, you might expect the gap to be closing, as both men and women converge on the same, sedentary jobs. 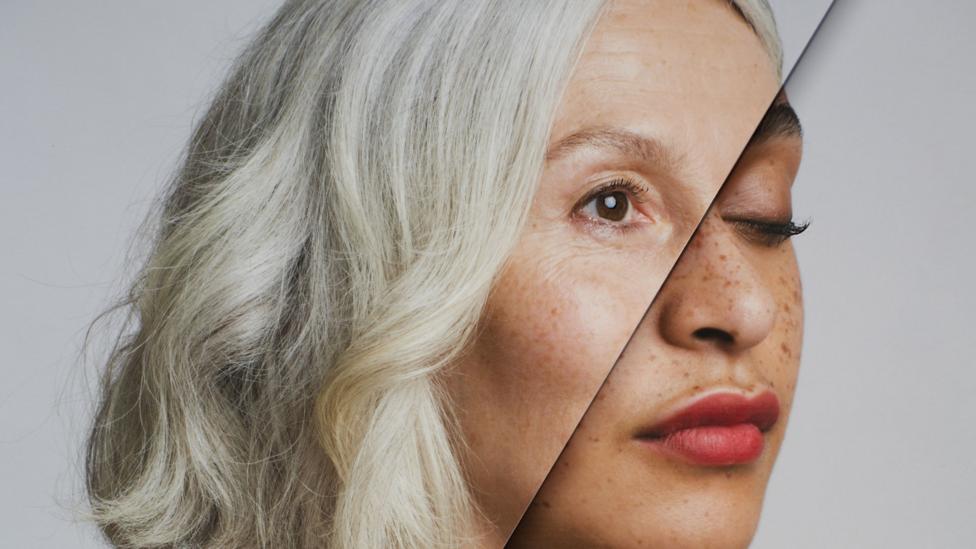 The survival advantage of women is seen in every country, in every year, for which reliable records exist

In fact, the difference in lifespan has remained stable even throughout monumental shifts in society. Consider Sweden, which offers the most reliable historic records. In 1800, life expectancy at birth was 33 years for women and 31 years for men; today it is 83.5 years and 79.5 years, respectively. In both cases, women live about 5% longer than men. As one recent article put it: “This remarkably consistent survival advantage of women compared with men in early life, in late life, and in total life is seen in every country in every year for which reliable birth and death records exist. There may be no more robust pattern in human biology.”

Nor has it been easy to prove that men are more abusive of their bodies. Factors such as smoking, drinking, and overeating may partly explain why size of the gender gap varies so widely between countries. Russian men are likely to die 13 years earlier than Russian women, for instance, partly because they drink and smoke more heavily. But the fact is that female chimpanzees, gorillas, orangutans, and gibbons also consistently outlive the males of the group, and you do not see apes – male or female – with cigarettes hanging out of their mouths and beer glasses in their hands.

Instead, it would seem like the answer lies in our evolution. “Of course, social and lifestyle factors do have a bearing, but there does appear to be something deeper engrained in our biology,” says Tom Kirkwood, who studies the biological basis for ageing at Newcastle University in the UK. 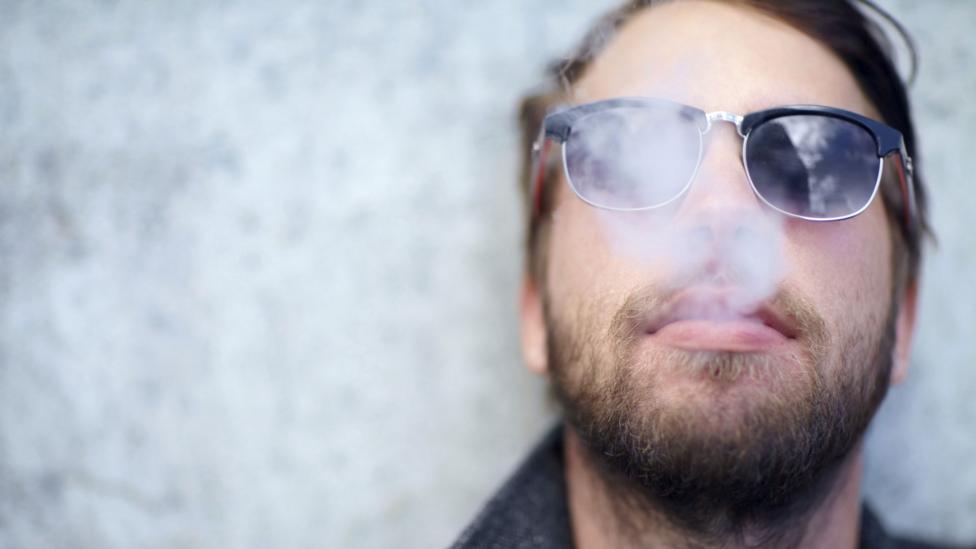 If lifestyle choices are to blame, it's difficult to pin them down (Credit: Getty Images)

There are many potential mechanisms – starting with the bundles of DNA known as chromosomes within each cell. Chromosomes come in pairs, and whereas women have two X chromosomes, men have an X and a Y chromosome.

A woman’s heart rate increases during the menstrual cycle, offering the same benefits as moderate exercise

That difference may subtly alter the way that cells age. Having two X chromosomes, women keep double copies of every gene, meaning they have a spare if one is faulty. Men don’t have that back-up. The result is that more cells may begin to malfunction with time, putting men at greater risk of disease.

Among the other alternatives is the “jogging female heart” hypothesis – the idea that a woman’s heart rate increases during the second half of the menstrual cycle, offering the same benefits as moderate exercise. The result is delayed risk of cardiovascular disease later in life. Or it could also be a simple matter of size. Taller people have more cells in their bodies, meaning they are more likely to develop harmful mutations; bigger bodies also burn more energy, which could add to wear and tear within the tissues themselves. Since men tend to be taller than women, they should therefore face more long-term damage.

Eunuchs were 130 times more likely to reach 100, compared to other men. Even the pampered kings did not come close

But perhaps the true reason lies in the testosterone that drives most other male characteristics, from deeper voices and hairier chests to balding crowns. Evidence comes from an unexpected place: the Imperial Court of the Chosun Dynasty in Korea. Korean scientist Han-Nam Park recently analysed the detailed records of court life from the 19th Century, including information about 81 eunuchs whose testicles had been removed before puberty. His analyses revealed that the eunuchs lived for around 70 years – compared to an average of just 50 years among the other men in the court. Overall, they were 130 times more likely to celebrate their hundredth birthday than the average man living in Korea at the time. Even the kings – who were the most pampered people in the palace – did not come close.

Although not all studies of other types of eunuch have shown such pronounced differences, overall it seems that people (and animals) without testicles do live longer. 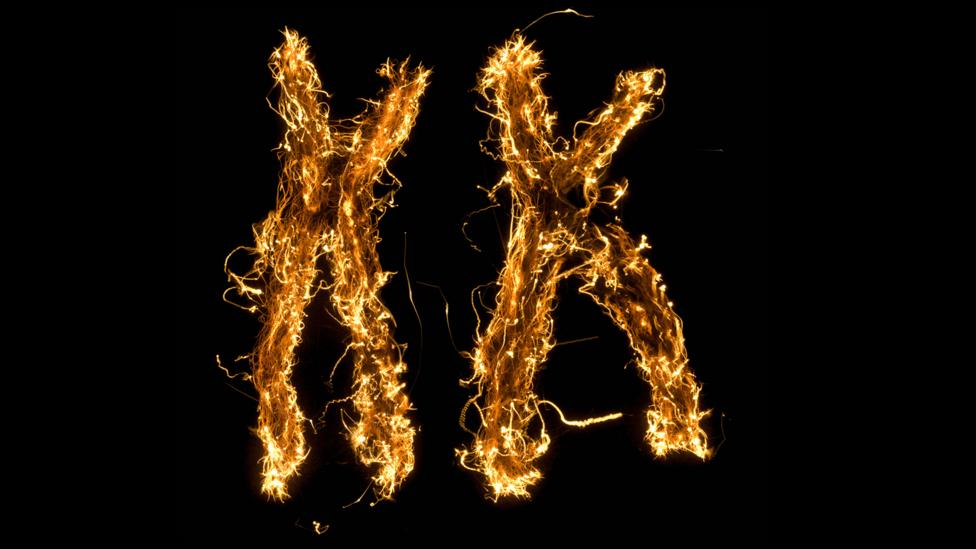 The exact reasons are elusive, but David Gems at University College London speculates that the damage may be done by the end of puberty. For speculative evidence, he points to the sad cases of mental health patients, institutionalised in the USA in the early 20th Century. A few were forcibly castrated as part of their “treatment”. Like the Korean eunuchs, they too lived for longer than the average inmate – but only if they had been sterilised before the age of 15. Testosterone might make our bodies stronger in the short-term, but the same changes also leave us open to heart disease, infections, and cancer later in life. “For example, testosterone might increase seminal fluid production but promote prostate cancer; or it might alter cardiovascular function in a way that improves performance early in life but leads to hypertension and atherosclerosis later,” says Gem. 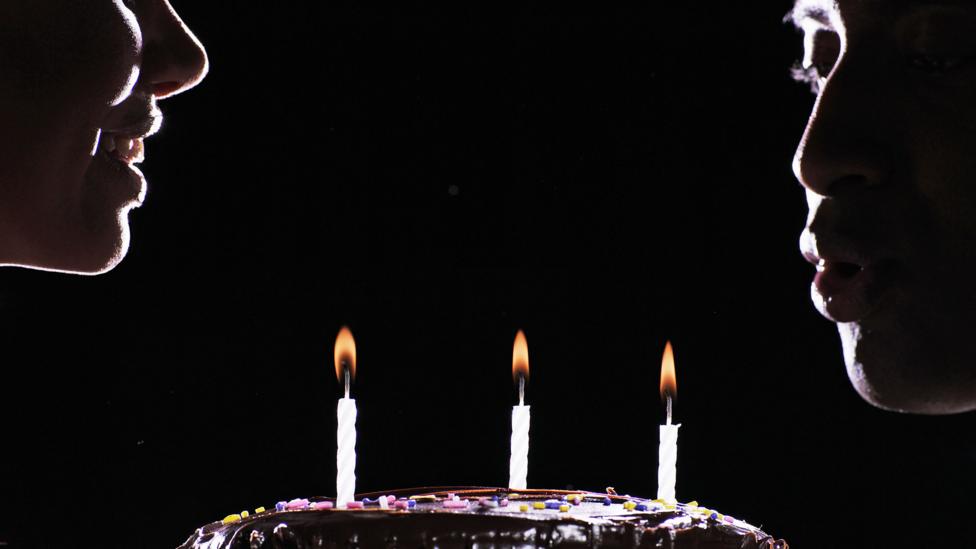 Ageing differences may be down to testosterone (Credit: Getty Images)

Not only do women escape the risks of testosterone – they may also benefit from their own “elixir of youth” that helps heal some of the ravages of time. The female sex hormone oestrogen is an “antioxidant”, meaning that it mops up poisonous chemicals that cause cells stress. In animal experiments, females lacking oestrogen tend not to live so long as those who have not been operated on – the exact opposite of the male eunuch’s fate. “If you remove a rodents’ ovaries, then the cells don’t repair against molecular damage quite as well,” says Kirkwood.

Once the children are born, the men are more disposable

Kirkwood and Gem both think of this as a kind of evolutionary pay-off that gave both men and women the best chances of passing on their genes. During mating, women would be more likely to go for alpha males, pumped up on testosterone. But once the children are born, the men are more disposable, says Kirkwood. “The welfare of offspring is intimately connected with welfare of the maternal body. The bottom line is that it matters more for the children that the mother’s body should be in good shape, rather than the father’s.”

That’s cold comfort for men today. As it is, the scientists admit that we need to keep on looking for a definitive answer. “We really have to retain an open mind as to how much the difference can be explained by hormonal differences and other factors,” says Kirkwood. But the hope is that eventually, the knowledge may provide some hints to help us all live a little longer. 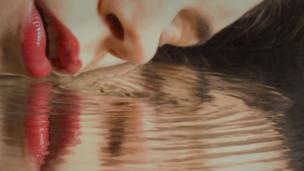 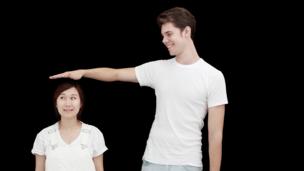 Is it better to be tall or short?

Mystery of the vanishing cancer 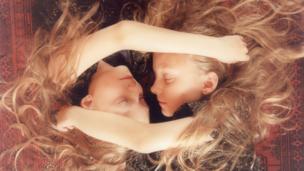 Is another human living inside you?