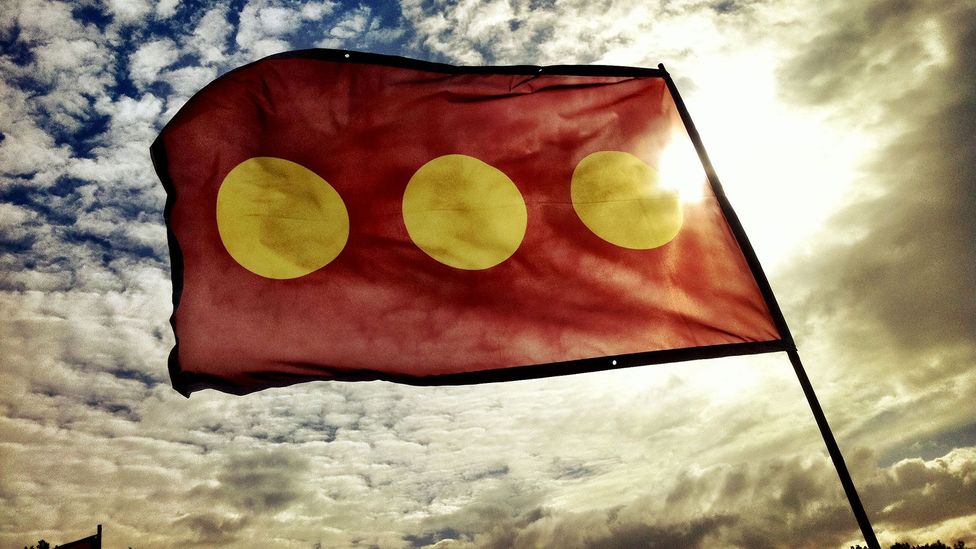 By David Robson 4th November 2015
There really is a secret world of hidden independent nations, with their own populations, governments – and football leagues. In fact, you’ve almost certainly visited one without realising.
W

When I first see Nick Middleton, he is surrounded by globes and atlases showing the most exotic places on the planet. We are in the basement of Stanfords, London’s largest travel bookshop, visited by such intrepid explorers as Florence Nightingale, Ernest Shackleton and Ranulph Fiennes.

Middleton, however, is here to talk about countries missing from the vast majority of books and maps for sale here. He calls them the “countries that don’t exist”, but although their names may seem fantastical – Atlantium, Christiania, and Elgaland-Vargaland – they are all real places, occupied by fervidly patriotic citizens. In fact, you have almost certainly, unknowingly, visited one.

It feels like you have entered a parallel world with a vibrant, forgotten history and a rich culture

The globe, it turns out, is full of small (and not so small) regions that have all the trappings of a real country – a fixed population, a government, a flag, and a currency. Some can even issue you a biometric passport. Yet for various reasons they are not allowed representatives in the United Nations, and are ignored on most world maps.

Middleton, a geographer at the University of Oxford, has now charted these hidden lands in his new book, An Atlas of Countries that Don’t Exist (Macmillan, 2015). Flicking through its pages, it feels like you have entered a parallel world with a vibrant, forgotten history and a rich culture. This parallel world even has its own international football league. 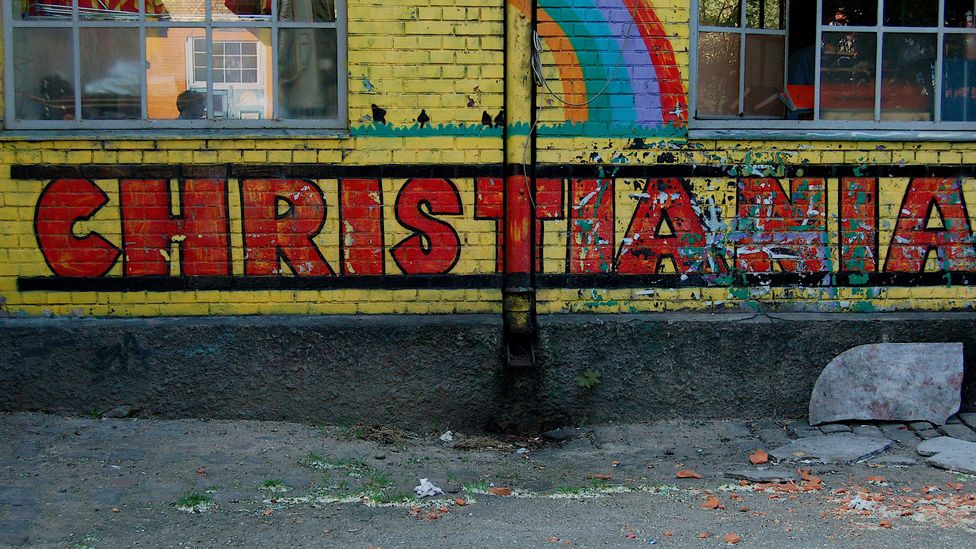 Christiania is a country within a city (Credit: Raymond Brooke / Flickr / CC BY-SA 2.0)

Middleton’s quest began, appropriately enough, with Narnia. He was reading CS Lewis’s The Lion, The Witch and The Wardrobe with his six-year-old daughter, and the main character Lucy had just passed through the mothballs and fur coats into a magical land. Something about the whimsy appealed to Middleton. As a geographer, he realised that you don’t have to use magic to visit a country that “doesn’t exist” in the eyes of most other states. Even so, he didn’t expect them to be quite so widespread. “Once I started looking into them, I was amazed by how many there are,” he says. “I could have filled the book several times over.”

The problem, he says, is that we don’t have a watertight definition of what a country is. “Which as a geographer, is kind of shocking,” he says. Some cite a treaty signed in 1933, during the International Conference of American States in Montevideo, Uruguay. The “Montevideo Convention” declares that to become a country, a region needs the following features: a defined territory, a permanent population, a government, and “the capacity to enter into relations with other states”.

By one criterion, England itself is a country that doesn’t exist

Yet many countries that meet these criteria aren‘t members of the United Nations (commonly accepted as the final seal of a country’s statehood). Consider Taiwan – which held a seat in the General Assembly until 1971, until mainland China entered and took over its position. Even the United Kingdom is a somewhat strange case, Middleton says. Within our law, England, Scotland, Wales and Northern Ireland are considered individual states. We have our own sports teams and compete against each other – but we only have one shared seat in the UN. “So is England a country? By this criterion, no,” says Middleton. (Such questions came to a head with Scotland’s recent referendum.)

In the end, England and Scotland didn’t make it into the pages of his Atlas. For his shortlist, Middleton focused on the countries that meet the Montevideo convention, with a fixed territory, population, and government, but which have no representation in the General Assembly. (Although many of them are instead members of the “Unrepresented United Nations – an alternative body to champion their rights.) 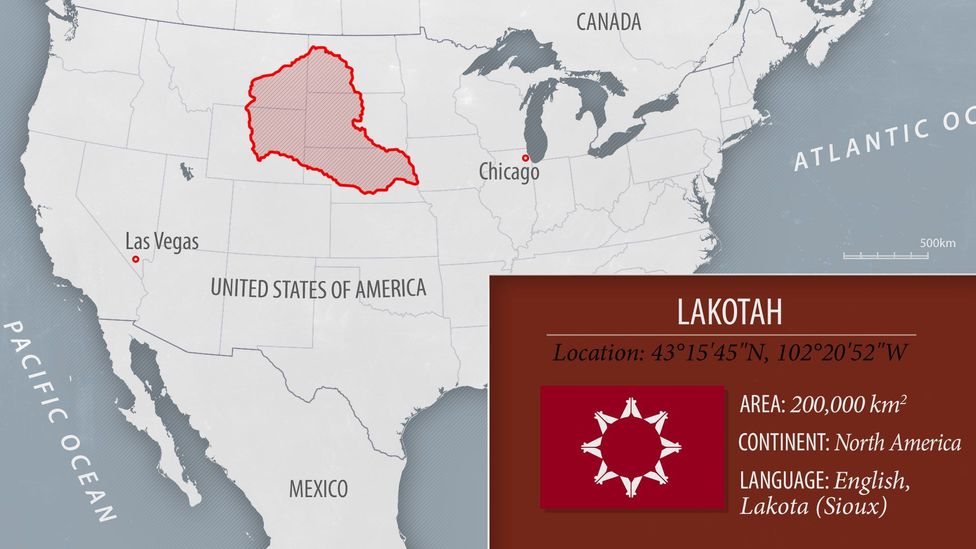 A handful of the names will be familiar to anyone who has read a newspaper: territories such as Taiwan, Tibet, Greenland, and Northern Cyprus. The others are less famous, but they are by no means less serious; Middleton discusses many examples of indigenous populations hoping to reassert their sovereignty. One of the most troubling histories, he says, concerns the Republic of Lakotah (with a population of 100,000). Bang in the centre of the United States of America (just east of the Rocky Mountains), the republic is an attempt to reclaim the sacred Black Hills for the Lakota Sioux tribe.

Their plight began in the 18th Century, and by 1868 they had finally signed a deal with the US government that promised the right to live on the Black Hills. Unfortunately, they hadn’t accounted for a gold rush – and the government soon forgot about its deal as prospectors swarmed over the sacred land. The Lakota would have to wait more than a century for an apology, when, in 1998, a judge at the Supreme Court concluded that “a more ripe and rank case of dishonest dealings may never be found in our history”. The Court decided to compensate the Lakota Sioux (in nearly $600m) but they have refused to take the cash. “They say if we take the money, it’ll be like saying the crime was alright,” says Middleton.  Instead, in 2007 a delegation marched to Washington to declare their formal withdrawal from the US, and they continue to mount a legal battle for their independence. 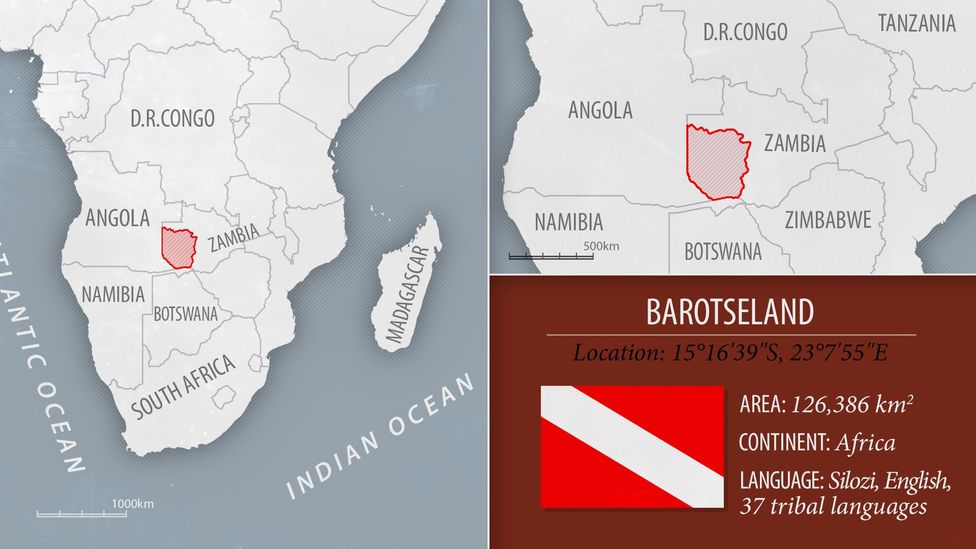 Similar battles are being fought across every continent. There’s Barotseland, an African kingdom with a population of 3.5 million that has mounted a case to leave Zambia, and Ogoniland, which is attempting to disengage from Nigeria; both declared independence in 2012. In Australia, meanwhile, the Republic of Murrawarri was founded in 2013, after the indigenous tribe wrote a letter to Queen Elizabeth II asking her to prove her legitimacy to govern their land. The Murrawarri gave her 30 days to reply – and with nothing but a deafening silence, they formally reasserted their claim to rule their ancient homeland.

Not all the countries featured in Middleton’s book have such deep historical roots – often, they are established by rather eccentric individuals hoping to set up a new, fairer state. Middleton points to Hutt River, in Australia, a small “principality” set up by a family of farmers hoping to escape the government’s strict grain quotas; they soon developed their own royal titles, currency and postal service. “They have a thriving stamp business,” says Middleton (although initially, letters had to be flown through Canada). After decades of struggle, the government gave up the fight and the family no longer have to pay Australian taxes. 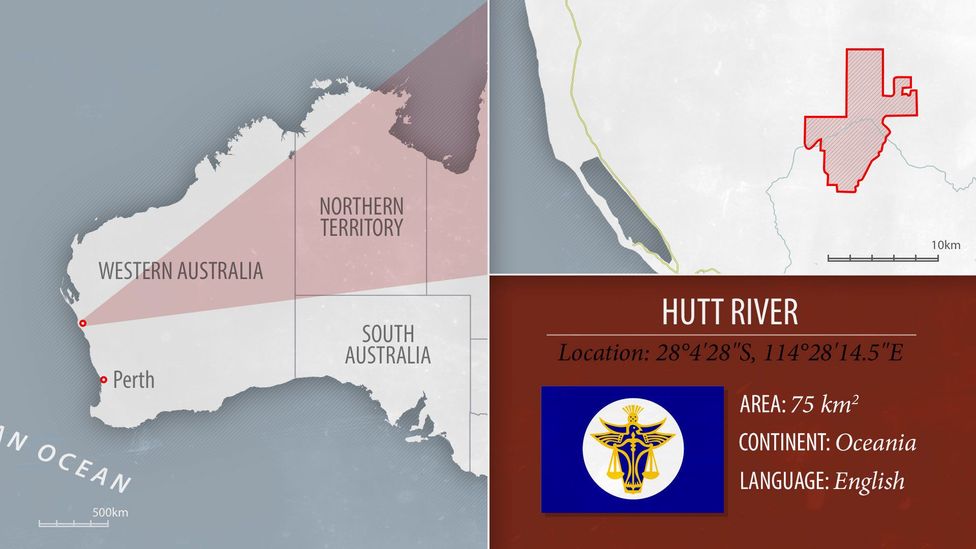 Christiania is a tiny enclave in the heart of Copenhagen, founded by a group of squatters in a former army barracks

In Europe, you can find Forvik, a tiny Shetland Isle founded by an Englishman (from Kent) to promote transparent governance, Sealand, off the British coast, and Christiania, an enclave in the heart of Copenhagen. The latter country was formed by a group of squatters occupying a former army barracks in 1971. On 26 September that year, they declared it independent, with its own “direct democracy”, in which each of the inhabitants (now numbering 850) could vote on any important matter. So far, the Danish government has turned something of a blind eye to the activities; smoking cannabis, for instance, is legal in Christiania, but outlawed in the rest of the Denmark (though the Christianians themselves have decided to ban harder drugs).

Despite these more eccentric examples, Middleton wouldn’t consider trying to set up a country himself. “Having trawled through so many serious stories of yearning and oppression, I don’t think it’s appropriate to take it too light heartedly,” he says. “For so many people it’s a matter of life or death.” Despite their efforts, he suspects that only a very few will eventually gain wider recognition. “If I had to plump for any, it would be Greenland,” he says – the autonomous region of Denmark that already has self-rule, often considered the first step to formal recognition. 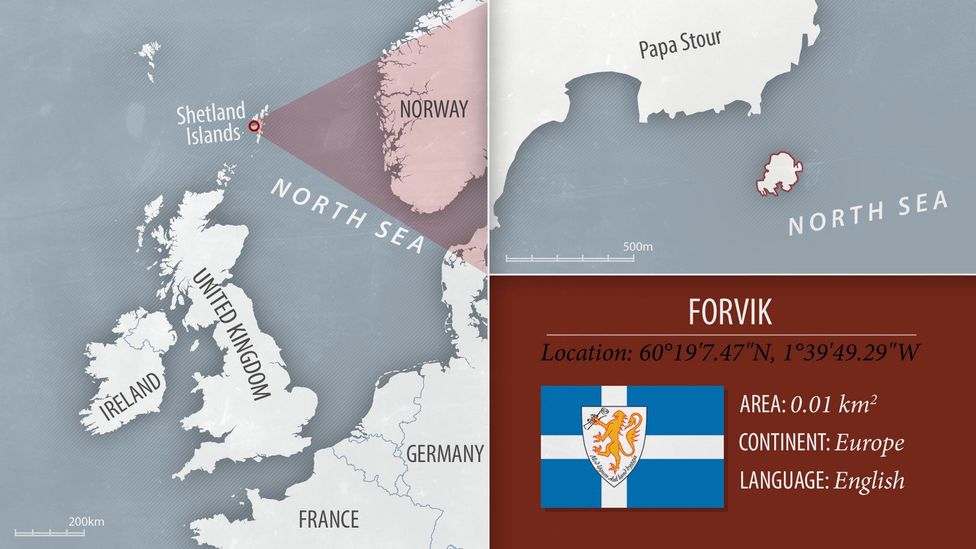 But given our difficulties even defining what a country is, perhaps we need to rethink the concept of the nation-state altogether? He points to Antarctica, a continent shared peacefully among the international community, as a sign that we don’t necessarily have to slice up land as if it were a giant pizza.

Anyone, anywhere, can become a citizen of Atlantium

Perhaps this is just the start. The last pages of Middleton’s Atlas contain two radical examples that question everything we think we mean by the word ‘country’.

Consider Atlantium. Its capital, Concordia, for instance, is based in a remote rural province of Australia – it is occupied by more kangaroos than people. But that’s just its administrative quarters – Atlantium is “non-territorial”, meaning that anyone, anywhere, can become a citizen. As its website proclaims: “In an age where people increasingly are unified by common interests and purposes across – rather than within – traditional national boundaries, Atlantium offers an alternative to the discriminatory historic practice of assigning nationality to individuals on the basis of accidents of birth or circumstance.”

Any time you have travelled abroad, you have passed through Elgaland-Vargaland

Then there’s Elgaland-Vargaland, which was thought up by two Swedish artists – and is meant to consist of all the areas of “No Man’s Land” across the world, including the land marking the borders between other nations and any bits of the sea outside another country’s territorial waters; any time you have travelled abroad, you have passed through Elgaland-Vargaland. In fact, of all the countries Middleton has looked at, this is the closest to his starting point, Narnia – since the artists claim that any time you enter a dream, or let your mind wander, you have also crossed a border and temporarily taken a trip into Elgaland-Vargaland.

Atlantium and Elgaland-Vargaland may be a little too fanciful for most people to take very seriously – Middleton admires them more as an attempt to provoke wider debate on international relations. “They all raise the possibility that countries as we know them are not the only legitimate basis for ordering the planet,” he wrote in his book.

One thing’s certain – the world is in constant flux. “No one my age thought that the Soviet Union would fall to bits – there can be big unexpected changes,” he says. New countries are always being born, while old ones vanish. In the deep future, every territory we know could eventually become a country that doesn’t exist.