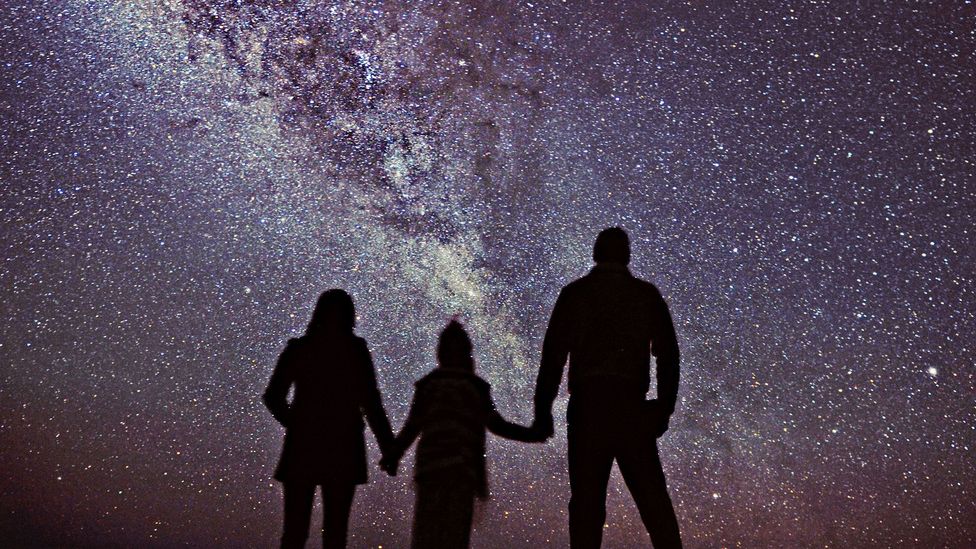 By Sari Zeidler 9th November 2015
His quotes and insights are all over the internet, but here’s why you should really care about Carl Sagan.
T

Today, 9 November 2015, a chorus of voices on this pale blue dot we call Earth are paying homage to the late, renowned American scientist, Carl Sagan. It would have been his 81st birthday.

Much of the praise heaped on the famous communicator and author is being shared in the form of his own words, as internet memes. We collected a few of our own favourite quotes – see the images below. (Which Sagan quote do you like best? Let us know on our social media pages at the links below.) 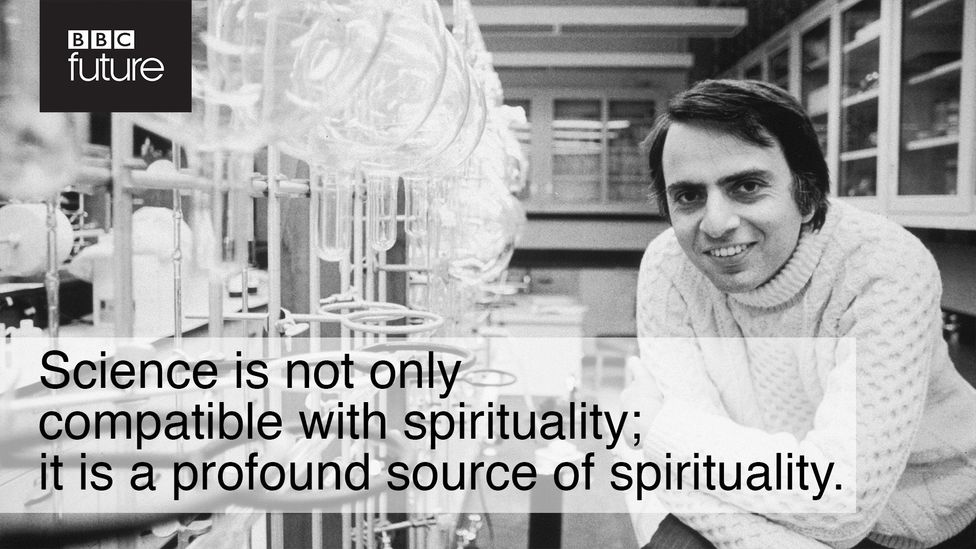 This quote is from Sagan's The Demon-Haunted World: Science as a Candle in the Dark (1995), a book encouraging the public to think sceptically (Credit: Getty Images/William Park)

Such sharing is arguably a fitting way to remember the man who brought science to the masses with his talents as an orator – constantly reminding us that at the heart of technical and scientific innovation is the notion that we are all connected in our shared journey through this vast Universe. But Sagan’s words did more than inspire a raft of #Saganisms, they had an impact on the way the American public viewed and supported the field of space exploration from the 1970s until his death in 1996. 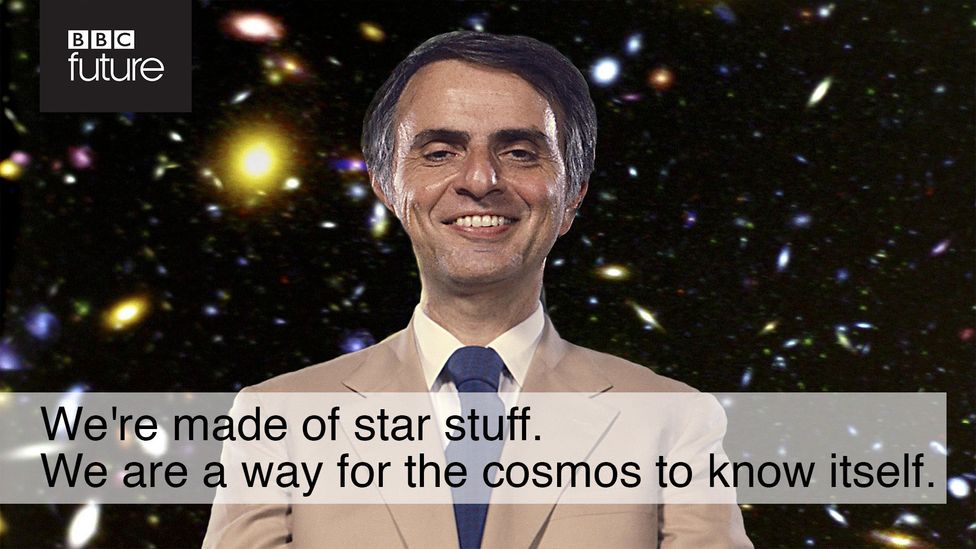 This quote, also from Cosmos, is one of Sagan's most famous. The success of his words living on in memes shows how good he was at communicating (Credit: Getty Images/William Park)

An accomplished scientist, Sagan was an outspoken and inquisitive astronomer, cosmologist, astrophysicist and astrobiologist. He earned more than three degrees, was a Harvard lecturer, Cornell University professor and founder of the International Planetary Society, to list only a few of his credentials. He is remembered for his contributions to Mariner 2, the world’s first successful interplanetary spacecraft, Nasa’s exploration of Mars and authoring hundreds of scientific papers. 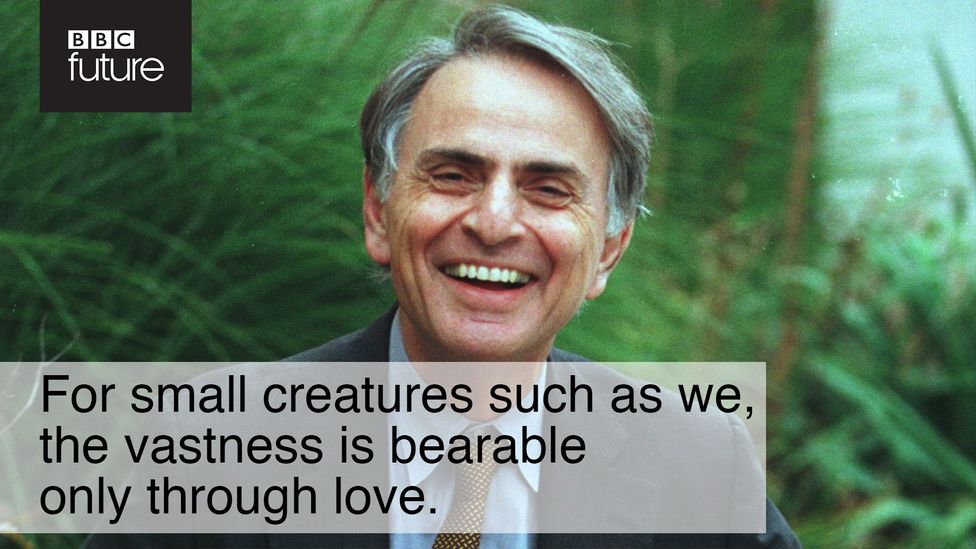 But most notably he is remembered for his gift for translating scientific endeavour into the language of human emotion. While many might remember him as the host of The Cosmos or the man who said “We’re made of star stuff”, he’s less often credited as one of the driving factors behind Voyager’s Golden Record. 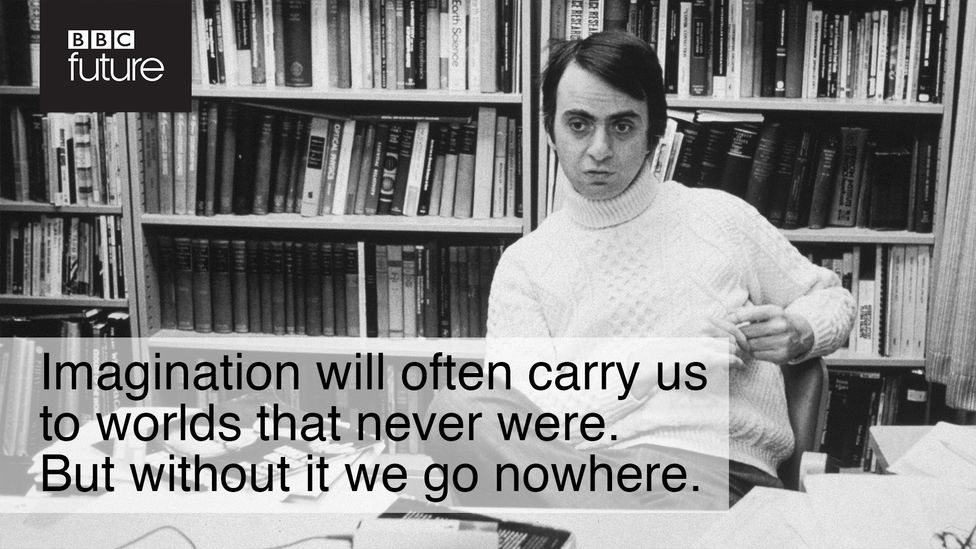 Taken from the opening passages of Sagan's Cosmos (1980), he recognised the importance of engaging the public in thinking about the Universe (Credit: Getty Images/William Park)

In 1977, Sagan led the project to share the voice of humanity with the cosmos. He gathered a group of scientific and cultural advisors that built the collection of 115 images, natural sounds from Earth, a selection of music, and the infamous greetings recorded in 59 languages that travel through space as a way of saying “hello” to any life-forms that might cross the record’s path. At the time, he had to fight a long list of hurdles and red tape to achieve his mission, which is chronicled in his book Murmurs from Earth.

So, what’s your favourite piece of Sagan wisdom? Let us know on Facebook, Twitter, or Instagram. After all, by sharing and communication a piece of science, you can take comfort knowing that in some small way you’re carrying on the Sagan legacy.