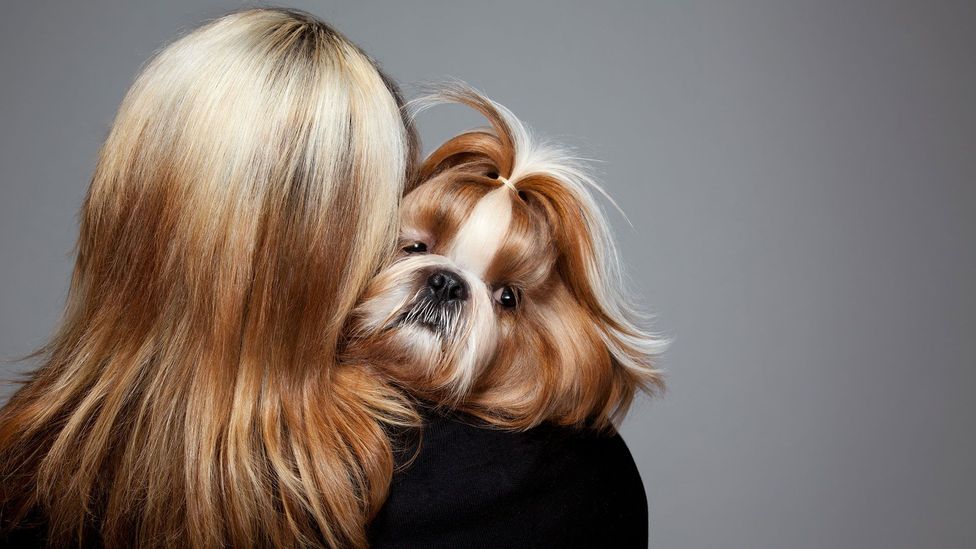 By David Robson 12th November 2015
The canine “mini-me” reveals a narcissistic tendency within us all – a trait that may also be shaping your love life, says David Robson. (Photography by Gerrard Gethings.)
G

Go to any park, and you will see the strange phenomenon of the canine mini-me. Maybe it’s a bearded hipster, accompanied by a little bundle of fur that looks like it went to the same barber, or a pugnacious thug carrying a bulldog. Or perhaps it’s an athletic jogger and her Afghan hound, their glossy locks blowing effortlessly in the wind.

Why do people choose the dog that looks most like themselves? Far from being skin-deep, the answer may give you a new appreciation of the intense bonds we humans have forged with our four-legged friends. Indeed, there are some strange and unexpected parallels with the way we choose our other, two-legged life partners. 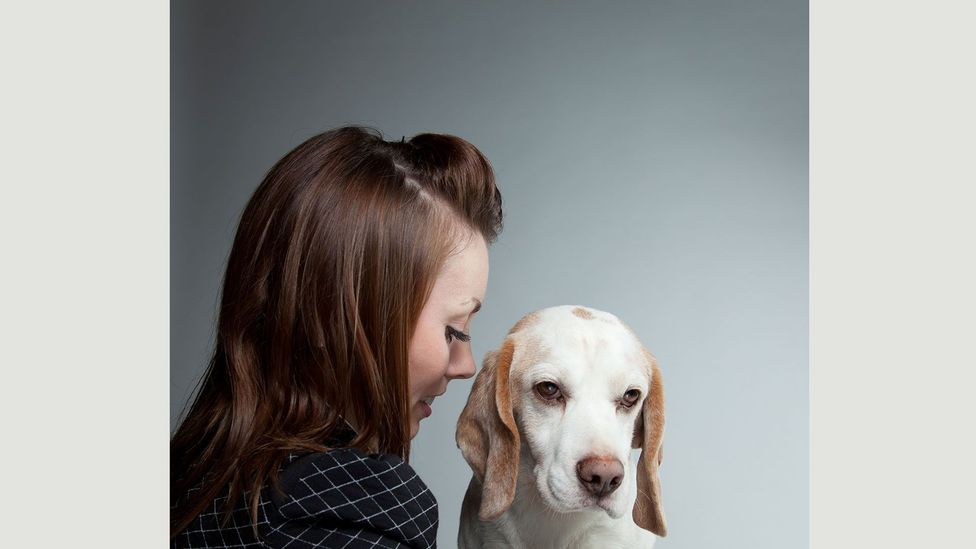 Michael Roy at the University of California, San Diego was one of the first psychologists to put the idea to the test. Going to three nearby dog parks, he photographed the pooches and the owners separately, and then asked a group of participants to try to match them up. Despite no additional cues, he found that they were able to work out who lived with whom with reasonable accuracy. The result has since been repeated many times. (Importantly, the resemblance may be slight but noticeable; not all bulldog owners will look like their faces have been squeezed through a wringer.)

Admittedly, the result only holds for pure-bred dogs (not mongrels) and it’s sometimes based on superficial appearances: women with long hair are more likely to prefer dogs with long, floppy ears, and heavier people tend to have fatter dogs. Yet it also shows itself in more subtle features, such as subtle differences in the shapes of the eyes that are shared between pooch and person. Indeed, when the eyes of the photos were covered, it became much harder for participants to make the connection. 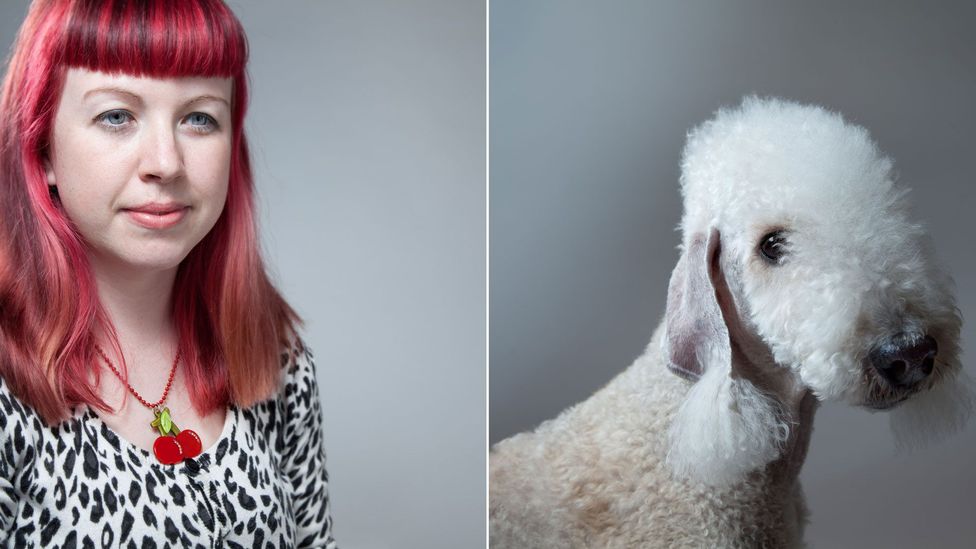 Would you put these two together? Given random photos, participants were able to match each pooch to their owner with better-than-chance accuracy (Credit: Gerrard Gethings)

Maybe this is all due to the allure of familiarity: a dog may seem more comforting if it resembles the other members of our family, who we know and love. Yet some psychologists believe it might be a spill over from the way we evolved to find mates: dating someone that looks like us may ensure that their genes are generally compatible with our own. Thanks to this imprinting, we may therefore prefer anything that looks a bit like us. (Along these lines, people also tend to choose cars on the same basis – someone with a slightly squarer jaw might prefer a car with more brutish fender, for instance. And as a result, their cars also tend to resemble their dogs.) 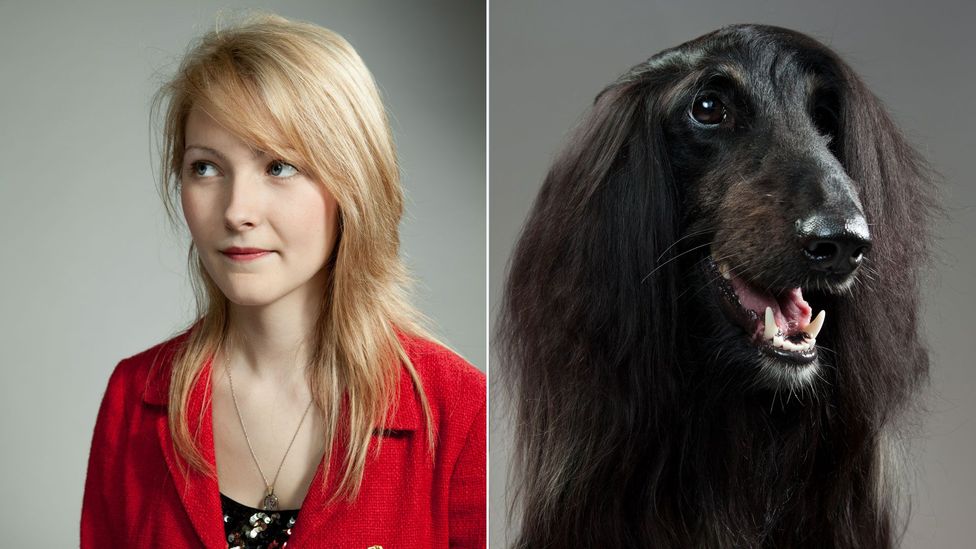 It's not just appearances - our dogs may also share our personality profile (Credit: Gerrard Gethings)

Importantly, our narcissism isn’t just skin deep: we don’t just go for people who look like us, we also tend to orbit people who share our personalities too. (Shared traits can even predict a couple's satisfaction in their marriage.) A couple of years ago, Borbala Turcsan at Eotvos University in Budapest decided to test whether the same was true of our canine soulmates. “The relationship with a dog is a very special one – they are not simply a pet but a family member, a friend, or a companion – so we thought it might develop in parallel with those other relationships,” she says.

The very idea of a dog personality may seem dubious to some, but previous experiments had shown that human traits such as extroversion can correspond to objective measures of the dog’s behaviour – such as whether they were aggressive with strangers, or whether they are shy and spend more time hiding behind their owner’s legs. There is now even a canine version of the “Big Five” questionnaire typically used to measure the most important dimensions of personality: neuroticism, extraversion, conscientiousness, agreeableness, and openness. The doggy version is based on simple behavioural measures, such as whether it “tends to be lazy” or “tends to be cold and aloof”. 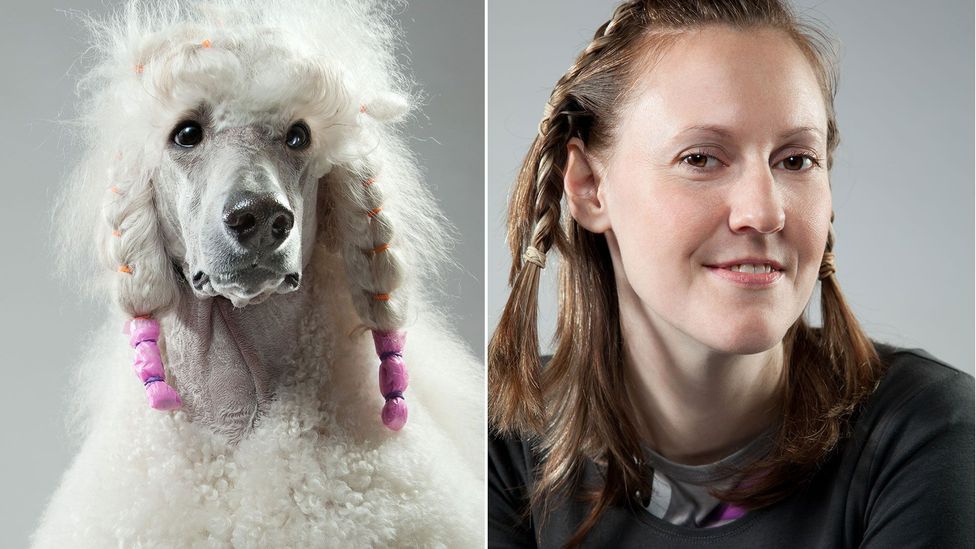 We often model our dogs in our own image, as if they reflect a better version of ourselves (Credit: Gerrard Gethings)

Sure enough, Turcsan found that the dogs and their owners both tended to show similar personality profiles. “It was actually higher than the similarity found in married couples and friends,” she says. Importantly, the correlation couldn’t be explained by the amount of time the dogs and their owners had spent living together, so it didn’t seem that the dog had simply learnt to ingratiate itself by copying the owner. Instead, the personality seemed to be part of the dog’s appeal in the first place. Perhaps it’s wise that we choose these companions to be so compatible: the average dog does, after all, outlive the average marriage.

It is awe-inspiring to think of how this relationship first emerged. Humans started domesticating dogs as much as 30,000 years ago to help us with hunting, but slowly we have bred these creatures in our own image, allowing us to forge an intense emotional bond that crosses the natural boundaries between our species.

Today, they look like us, act like us, and – unlike other humans – they always reciprocate our feelings. In many ways they are the better reflections of our own true natures. It’s little wonder we now consider them man’s best friend.

David Robson is BBC Future’s feature writer. He is @d_a_robson on Twitter. Gerrard Gethings is a London-based photographer who has specialised in portraying the distinctive personalities of animals.

Health
1Why do we see faces in objects?
In Depth
2Why you love to hate some friends
Best of 2015
3The downsides of being beautiful
In Depth
4What are 'skin orgasms'?
Around the BBC