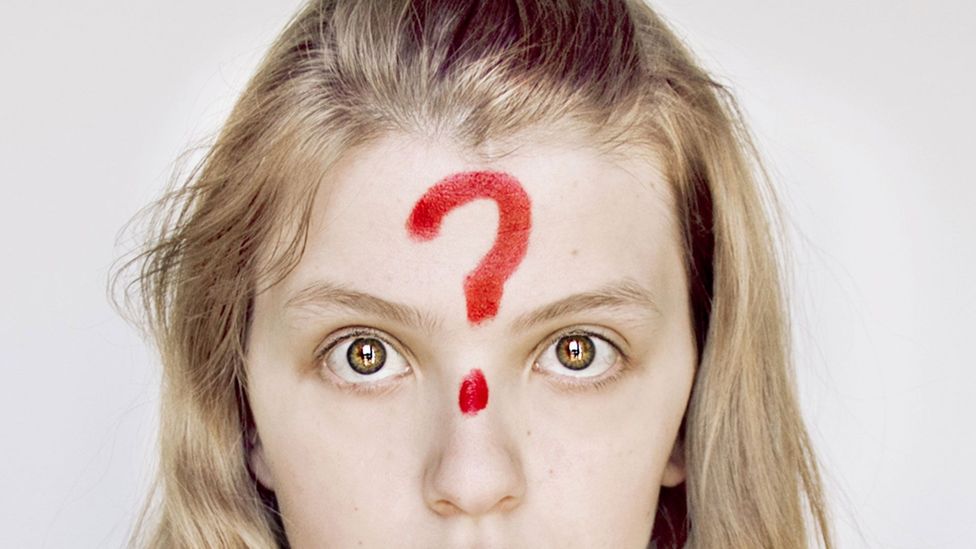 By Tom Stafford 25th November 2015
Forgetting names is one of our memory’s most common failures – but there are ways to make them stick, says psychologist Tom Stafford.
A

A reader, Dan, asks "Why do we forget people's names when we first meet them? I can remember all kinds of other details about a person but completely forget their name. Even after a lengthy, in-depth conversation. It's really embarrassing.”

Fortunately the answer involves learning something fundamental about the nature of memory. It also provides a solution that can help you to avoid the embarrassing social situation of having spoken to someone for an hour, only to have forgotten their name.

To know why this happens you have to recognise that our memories aren't a simple filing system, with separate folders for each kind of information and a really brightly coloured folder labelled "Names".

Our minds are associative. They are built out of patterns of interconnected information

Rather, our minds are associative. They are built out of patterns of interconnected information. This is why we daydream: you notice that the book you're reading was printed in Paris, and that Paris is home to the Eiffel Tower, that your cousin Mary visited last summer, and Mary loves pistachio ice-cream. Say, I wonder if she ate a pistachio ice cream while up the Tower? It goes on and on like that, each item connected to every other, not by logic but by coincidence of time, place, how you learnt the information and what it means. 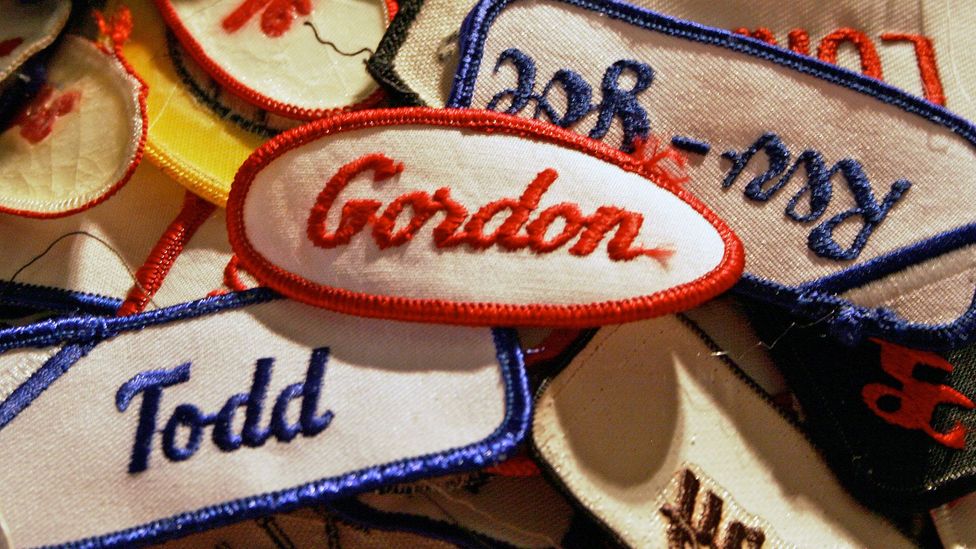 Names are often left floating in our memory like an anchor-less ship, without other associations to hold them down (Credit: Getty Images)

The same associative network means you can guess a question from the answer. Answer: "Eiffel Tower?" Question: “Paris's most famous landmark.” This makes memory useful, because you can often go as easily from the content to the label as vice versa: "what is in the top drawer?" isn't a very interesting question, but it becomes so when you want the answer "where are my keys?".

So memory is built like this on purpose, and now we can see the reason why we forget names. Our memories are amazing, but they respond to how many associations we make with new information, not with how badly we want to remember it.

When you meet someone for the first time you learn their name, but for your memory it is probably an arbitrary piece of information unconnected to anything else you know, and unconnected to all the other things you later learn about them. After your conversation, in which you probably learn about their job, and their hobbies, and their family or whatever, all this information becomes linked in your memory. Imagine you are talking to a guy with a blue shirt who likes fishing and works selling cars, but would rather give it up to sell fishing gear. Now if you can remember one bit of information ("sell cars") you can follow the chain to the others ("sells cars but wants to give it up", "wants to give it up to sell fishing gear", "loves fishing" and so on). The trouble is that your new friend's name doesn't get a look in because it is simply a piece of arbitrary information you didn’t connect to anything else about the conversation.

Fortunately, there are ways to strengthen those links so it does become entrenched with the other memories. Here's how to remember the name, using some basic principles of memory.

First, you should repeat any name said to you. Practice is one of the golden rules of learning: more practice makes stronger memories. In addition, when you use someone's name you are linking it to yourself, in the physical act of saying it, but also to the current topic of the conversation in your memory ("So, James, just what is it about fishing that makes you love it so much?").

Second, you should try to link the name you have just learnt to something you already know. It doesn't matter if the link is completely silly, it is just important that you find some connection to help the name stick in memory. For example, maybe the guy is called James, and your high school buddy was called James, and although this guy is wearing a blue shirt, high school James only ever wore black, so he'd never wear blue. It's a silly made up association, but it can help you remember. 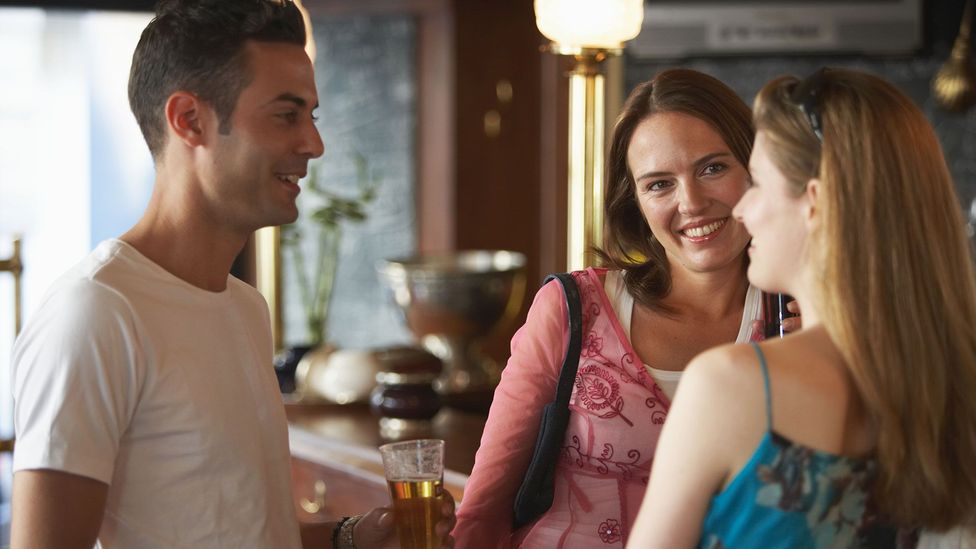 Want to avoid embarrassment? Try to connect a name with any other information you know about the person. Even if the link is a little silly, it will stick (Credit: Getty Images)

Grab the first thing to come to mind to bridge between the name and something I've learnt about them.

Finally, you need to try to link their name to something else about them. If it was me I'd grab the first thing to come to mind to bridge between the name and something I've learnt about them. For example, James is a sort of biblical name, you get the King James bible after all, and James begins with J, just like Jonah in the bible who was swallowed by the whale, and this James likes fishing, but I bet he prefers catching them to being caught by them.

It doesn't matter if the links you make are outlandish or weird. You don't have to tell anyone. In fact, probably it is best if you don't tell anyone, especially your new friend! But the links will help create a web of association in your memory, and that web will stop their name falling out of your mind when it is time to introduce them to someone else.

And if you're sceptical, try this quick test. I've mentioned three names during this article. I bet you can remember James, who isn't Jonah. And probably you can remember cousin Mary (or at least what kind of ice cream she likes). But you can you remember the name of the reader who asked the question? That's the only one I introduced without elaborating some connections around the name, and that's why I'll bet it is the only one you've forgotten.

If you have an everyday psychological phenomenon you’d like to see written about in these columns please get in touch with @tomstafford on Twitter, or ideas@idiolect.org.uk.

Neurohacks
1How a film broke through a coma
Neurohacks
2Is Google making us know-it-alls?
Science & Environment
3Improve your memory in 40 seconds
Neurohacks
4Are you in control of your mind?
Around the BBC