Could the light from stars be hiding evidence of extraterrestrial life? A giant “Starshade” could soon reveal answers.

Alien hunting isn’t just tabloid fodder anymore. Over the last few years, astronomers have discovered thousands of planets outside the Solar System, suggesting that the galaxy is teeming with worlds – at least as many as one planet per star, on average.

The existence of so many planets raises the odds that at least one of them has life – and it’s possible there may even be an Earth “twin” – making alien-hunting a bona fide scientific endeavour. “We’re now ready to make the transition from ‘are there planets?’ to ‘is there life on these planets?’” says Nick Siegler, the chief technologist of Nasa’s Exoplanet Exploration Program. “That’s a huge shift in how Nasa’s thinking about the search for life and what’s next in the world of planetary science.”

It’s harder than it seems to spot life from millions of miles away, especially if it’s not intelligent

The trouble is, it’s harder than it seems to spot life from millions of miles away, especially if it’s not intelligent. Last week in our series “The Genius Behind”, we told the story of Sara Seager, a scientist looking for signs of life on second Earths, who believes that the key is to scrutinise the atmospheres of these alien worlds. Find out why in the film below:

One of the technologies that could help researchers like Seager achieve their goal is a seemingly crazy flower-shaped contraption called Starshade. It’s a sort of giant space parasol designed to block light from a star, allowing a telescope to avoid the star's glare and peer into the planets in orbit – and, possibly, reveal signs of alien life. 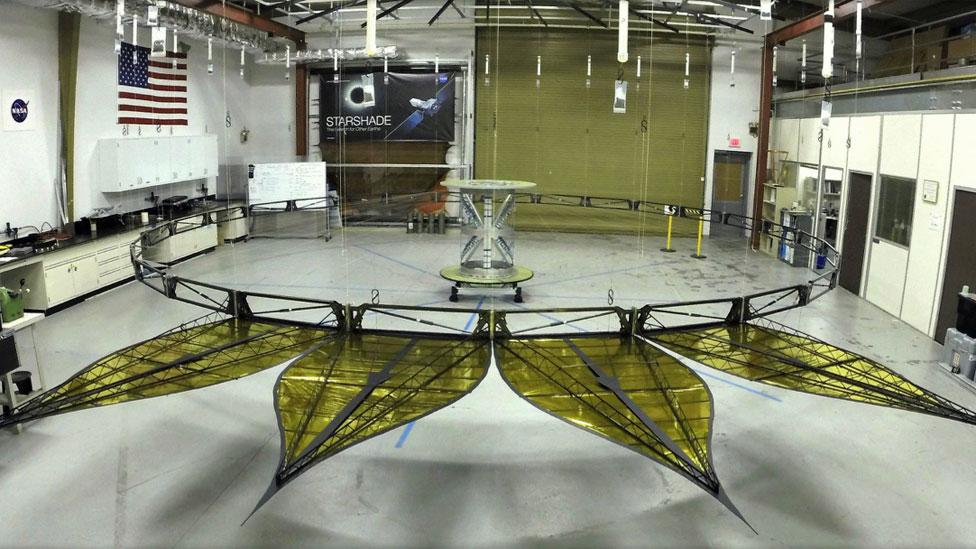 “If we want to find a true Earth twin in the near future – like in the next decade or two – then yes, we definitely need to do the Starshade,” says Seager, who is based at Massachusetts Institute of Technology (MIT).

That’s because a Sun-like star is 10 billion times brighter than an Earth-sized planet. The only hope astronomers have for glimpsing any hint of life – likely some form of microorganism – would be to somehow block the light from such a star, allowing a telescope to directly observe the planet itself. It’s a strategy radically different from the main way astronomers have discovered and studied planets so far.

Because planets are so distant, small, and faint, astronomers have mostly probed them indirectly – for example by detecting dips in starlight when a planet passes in front of its star or by measuring how the star wobbles when a planet’s gravity tugs on it. But alien-hunting demands a new tactic.

Scientists hope to identify the gases in the planet’s atmosphere, and detect chemicals that suggest the presence of life – chemicals like oxygen, which comprises 20% of Earth's atmosphere. 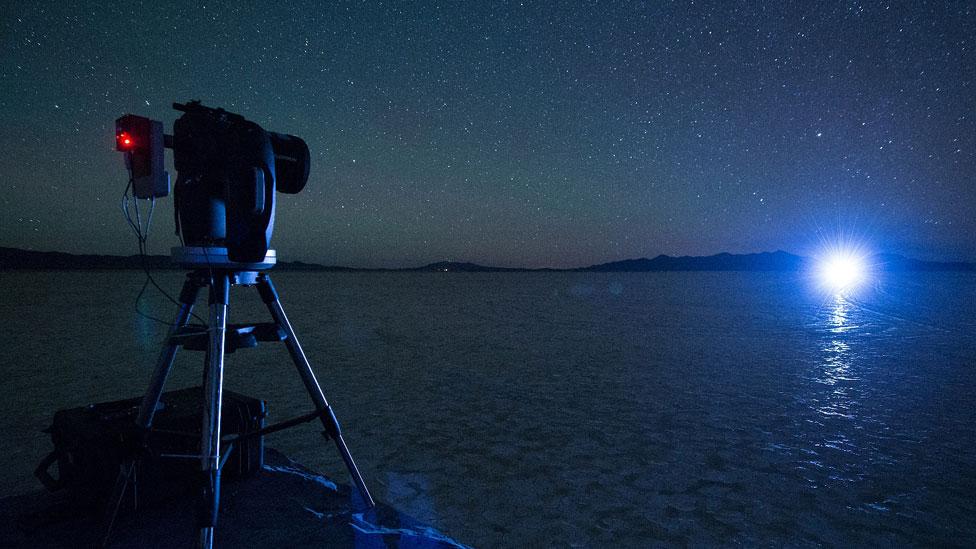 The glare of a distant light in Starshade tests illustrates how hard it is to see anything in detail close to a star (Credit: Northrop Grumman)

“Without life – plants or photosynthetic bacteria – we would have virtually no oxygen,” Seager says. Which is why oxygen is one of the most promising so-called biosignatures. But life on Earth produces all kinds of gases, and alien life could be even more diverse. The challenge is in determining whether these chemicals are biological in origin.

Although no-one’s found any signs of life yet, astronomers have already sniffed out some atmospheres

Although no-one’s found any signs of life yet, astronomers have already sniffed out some atmospheres. When a planet passes in front of its star, the starlight penetrates the gaseous layer enveloping the planet. The molecules in the atmosphere absorb specific wavelengths of light, depending on what the chemical is. By measuring which wavelengths are absorbed, astronomers can identify the gases.

Bigger telescopes like the James Webb Space Telescope, slated for launch in 2018, will be able to use this transit technique to resolve atmospheric chemistry in greater detail. It could even conceivably detect biosignatures. “It could get lucky,” Siegler says. But this method is only good for planetary systems around small stars called M dwarfs – not around Sun-like stars.

Which is why astronomers like Seager want to make Starshade a reality. The video below shows how it might work in space, as well as a timelapse of the instrument unfurling on Earth.

The Starshade is launched with a telescope, and when it reaches its position in deep space, it will unfurl and expand to a diameter as wide as 34m (112ft). The petals, which will likely be razor-sharp, remove the effects of diffraction, in which light waves bend around the edge of the shade and produce unwanted glare. The shade and telescope will then separate by as much as 50,000 kilometres (31,250 miles) – almost four times the diameter of Earth.

Suffice to say, this isn't easy. But researchers have shown the idea to work with experiments in the desert, using a lamp, a model Starshade, and a camera. Jeremy Kasdin of Princeton University, one of the leaders of the Starshade project, is conducting lab tests with a miniature model to scale – the setup stretches for 78m (257ft), with a Starshade about five centimetres wide. 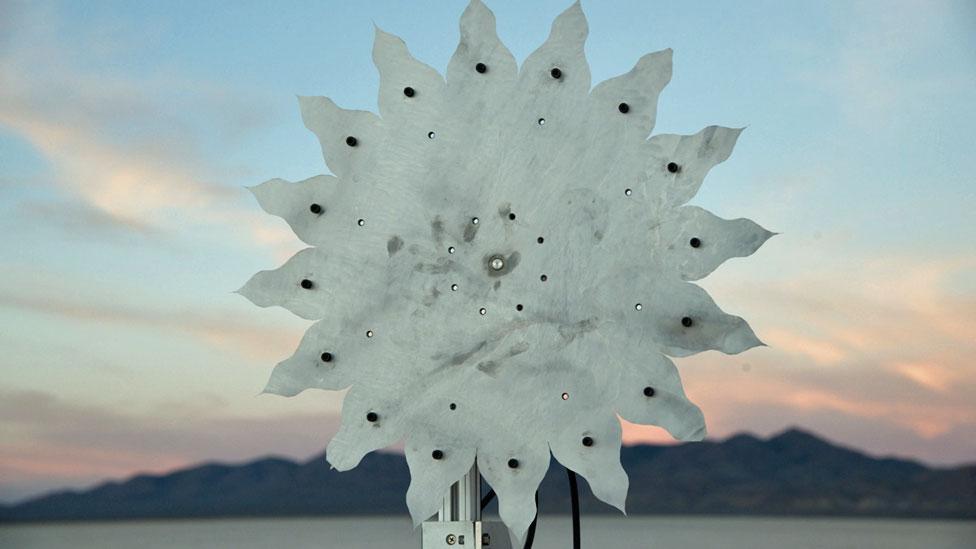 A test Starshade much smaller than the final version was used to explore the technique in the desert (Credit: Northrop Grumman) 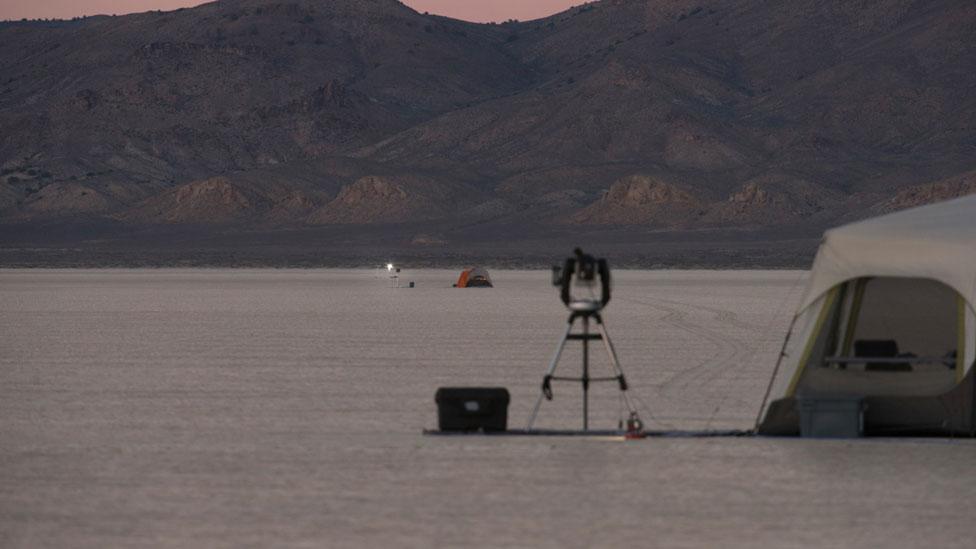 You may be able to see a pinprick of light in the distance, designed to simulate a star in desert tests (Credit: Northrop Grumman)

If the project gets enough funding and all goes well, Nasa could launch Starshade as early as 2026. “We don’t see right now any technical impediments to complete a Starshade and flying it in the 2020s,” Kasdin says.

But Starshade isn’t the only way to block starlight. Its launch could coincide with WFIRST, a next-generation space telescope that’s planned to be fitted with an instrument called a coronagraph, which blocks starlight from inside the telescope. “We want multiple approaches in case one doesn’t work,” Siegler says.

A coronagraph is a tried-and-tested technology – first developed in the 1930s to study the outer layers of the sun called the corona – and could also find Earth’s twin. But, Siegler says, the technology isn’t there yet. 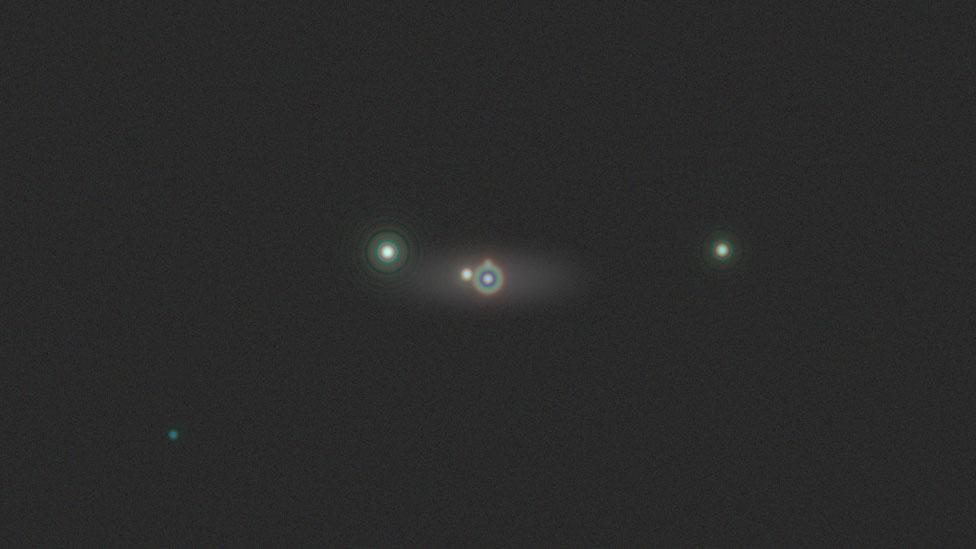 This is a simulation of how the Starshade would see our Solar System if millions of miles away (Credit: Robert J Vanderbei)

Coronagraphs are complex and fragile instruments, which make them susceptible to the Sun’s heat and vibrations from things like the telescope’s reaction wheels used to orient the spacecraft. Anything that can knock the telescope off-kilter means stray starlight gets into the camera, ruining the observations. Deformable mirrors can cancel out some distortions, but the current systems can’t pick out an Earth-sized planet awash in starlight.

Watch how coronagraphs work in this animation:

With Starshade, however, the starlight never even reaches the telescope. All you need is a relatively simple and small telescope, which is cheaper and easier to build. Alternatively, Starshade may not even need its own telescope, and instead rely on WFIRST.

In the meantime, the hunt for Earth’s twin is heating up. “There’s a lot of great science to be had by looking at planets of all size scales, but ultimately, most of us really want to find an Earth-like planet,” says Kasdin. If that happens, calls will surely grow for answers about whether it is inhabited – the Starshade and projects like it may turn out to be our best chance. 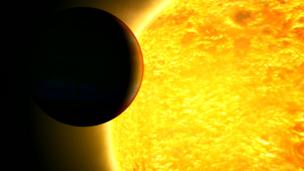 If aliens exist, how would we know? 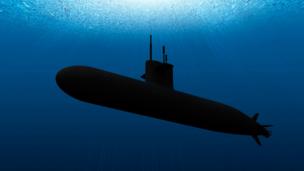 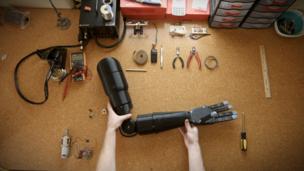 The teen who reinvented prosthetics 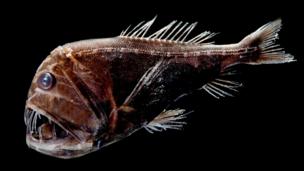 Diving into the dark abyss
Around the BBC