Loading
Body Matters | Biology
Why do we get pins and needles?
Share using EmailShare on TwitterShare on FacebookShare on LinkedinShare on Whatsapp 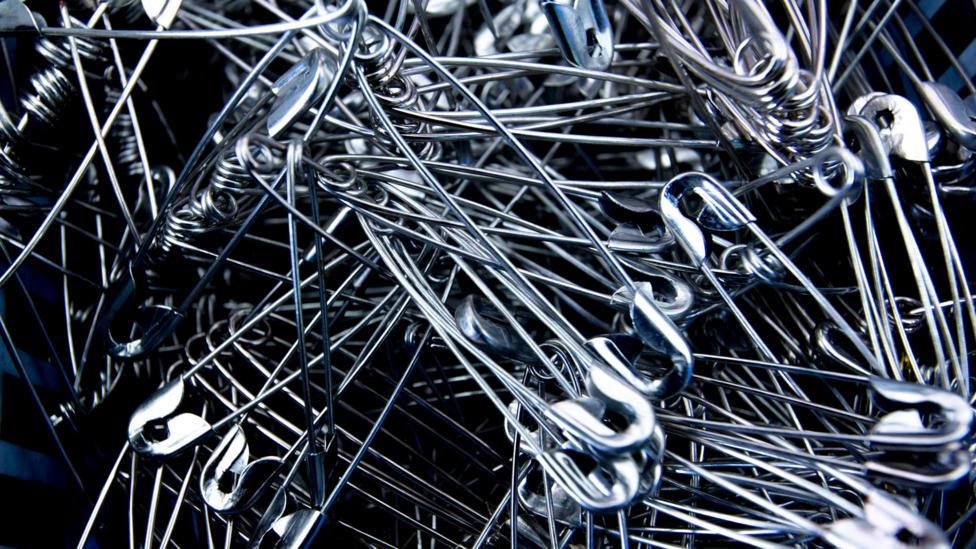 By Jason G Goldman 18th November 2015
It feels like a thousand tiny pinpricks – though a few shakes and it's usually all over. What causes the strange sensation? BBC Future investigates.
E

Everyone has experienced that tingling sensation in the hands or feet. We call it “pins and needles” because it feels like someone is gently raking your skin over and over again with hundreds of tiny little pointy objects.

Your skin might feel a bit numb, as if you can’t feel any sensations besides those pins and needles. When your foot “falls asleep,” it can actually become a little uncomfortable to place the full weight of your body on it. Not quite painful, but not altogether pleasant either. But if you wait a few minutes and shake out your sleepy limb, the sharp piercing nature of the sensation eventually fades away.

The sensation itself is properly referred to as “paresthesia,” and the fairly harmless variety described above is quite reasonably known as “temporary paresthesia.” But what is actually going on underneath your tingling skin? The biology behind those pins and needles is actually quite straightforward. 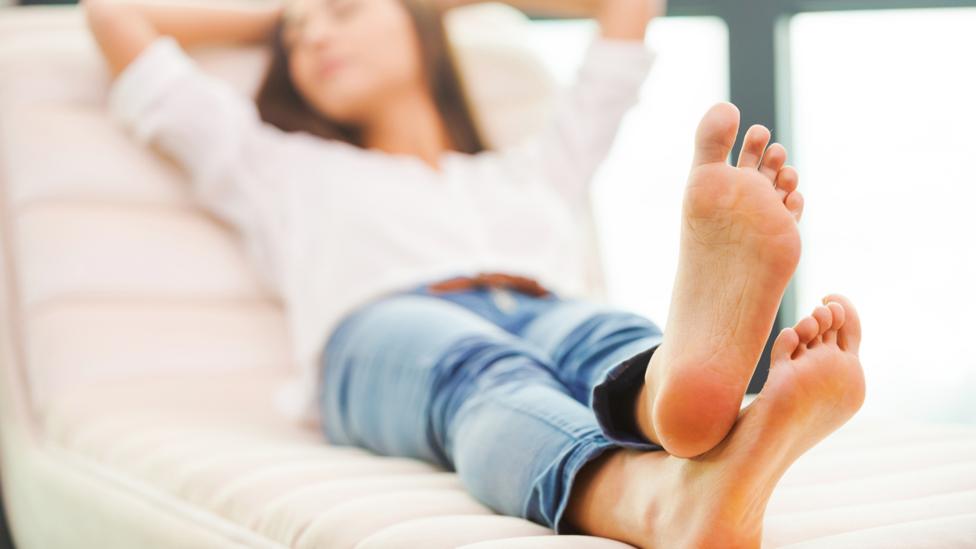 There are nerves throughout your body, biological superhighways whose job is to relay information between the brain and the rest of the body. If you place too much pressure on one of your arms or legs – something that’s quite easy to do because ape limbs are long and gangly – you could temporarily pinch the nerves that run through them. Meanwhile, you’re also putting a little too much pressure on the blood vessels that supply those nerves, like crimping a garden hose to prevent the flow of water.

This causes your brain to be deprived of the information it expects from those nerve bundles, and the nerves themselves aren’t receiving the oxygenated blood they need from your heart. Then, when that pressure is relieved, blood floods back into your limb and the nerves begin firing information to and from the brain.

A handful of experiments in the 1930s and 1940s helped researchers to understand the progression of the sensation. Luckily, it’s pretty easy to put a limb to sleep: all you need is a blood pressure cuff that’s set to squeeze a participant’s arm or leg to a higher pressure than his or her systolic blood pressure. That’s exactly what a pair of Oxford University researchers did in 1946.

Starting a minute or two after the pressure was applied, and reliably lasting for three to four minutes, was a sensation that they called “compression tingling”. Their participants described it as “a faint comfortable soda-water sensation", or as “buzzing,” or “a fine light tingle.” Some felt as if they had “ants running up and down inside the skin.” 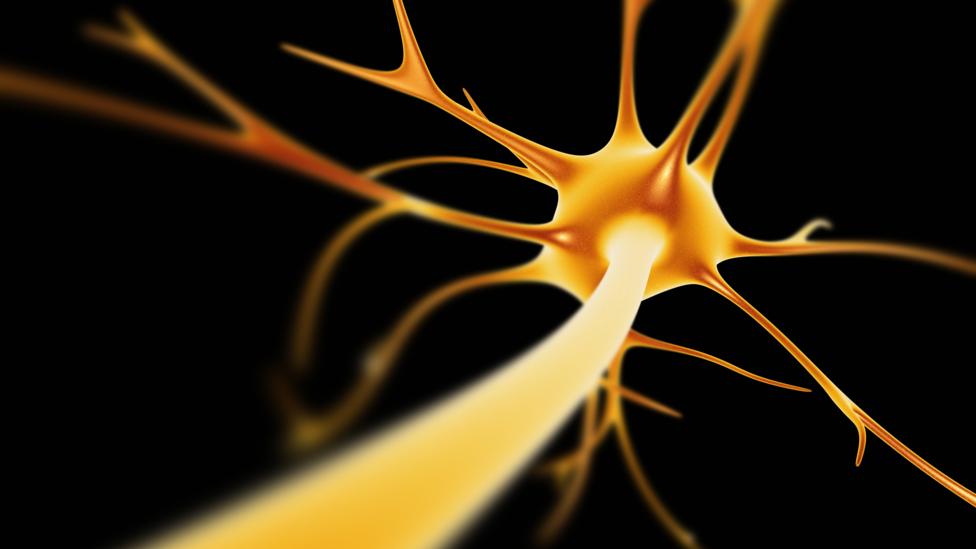 The second stage, which usually begins 10 minutes later, was described as a “velvety numbness”. That feeling lasts as long as the pressure on the limb’s nerve and blood supply remains.

Finally, after the pressure is released, comes the third stage: this is known as “release pricking”. That’s the part usually referred to as “pins and needles.” As Oxford physiologist George Gordon noted in Nature in 1948, “the intensity and number of the pricks depend on the length of nerve which is recovering from any fixed period of depressed blood supply…no [particular] part of a nerve is particularly concerned in generating the impulses which give rise to this form of ‘pins and needles’.”

But not all pins and needles are of the temporary variety

Release pricking is typically more painful than the first two stages, but the emotional aspect of the experience is more often described as curiosity or interest. It hurts, but only physically. The sensation eventually subsides, but people are usually unable to pinpoint exactly at what point their skin sensations return to normal.

But not all pins and needles are of the temporary variety. Chronic paresthesia can occur as part of a variety of neurological disorders or following particularly traumatic nerve damage, like a bad burn.

In one study, researchers from Montreal’s Hotel-Dieu Hospital and McGill University worked with 104 burn patients to understand the long-term pain that followed their injuries. Many continued to feel pain even a year after their treatment was completed. After all, intense burns can often involve the destruction of nerves and their receptors, and surgical treatments for those injuries often involve skin grafts, which can also involve damage to and scarring of nerve cells. 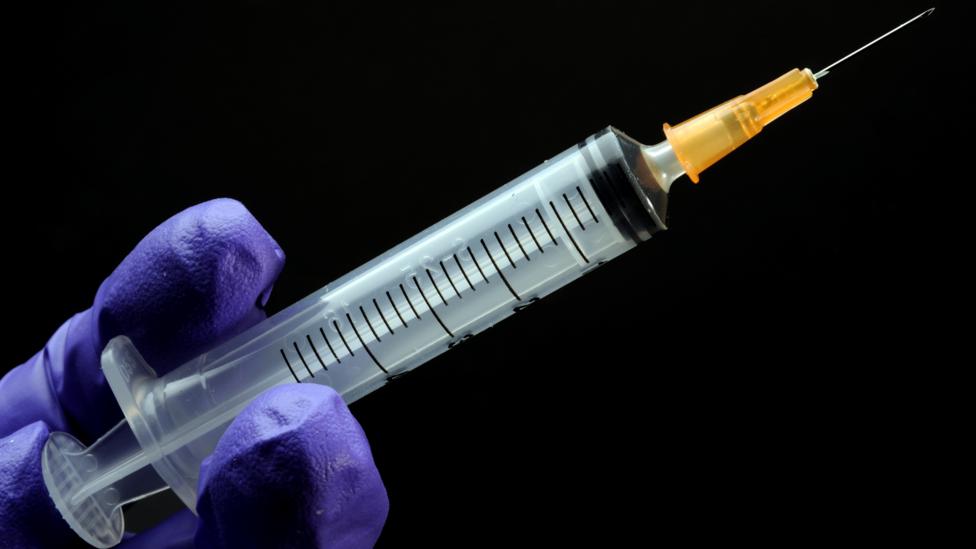 Nearly two-thirds of patients in the study reported continued tingling on their burn sites, and a quarter of them reported the more intense pins and needles. “Pain and paresthesias can persist for many years after the injury,” wrote the researchers in the Journal of Pain and Symptom Management. “[They] may be present every day, and can interfere with the patient’s activities such as work, sleep, and social life.” That’s much more than the minor trifle that pins and needles represent for most of us.

Paresthesia can also occur following the administration of local anaesthetic medications during dental work. While it’s a rare event, and it isn’t yet clear just why this occurs, there are a few possibilities. It could be that the needle used to deliver the drug accidentally touches and then damages a nerve, or it could be that blood haemorrhages into the sheath surrounding the nerve fibre, which increases pressure. Alternatively, the injection itself may deliver enough fluids to increase pressure on the nerve, or perhaps the anaesthetic chemical is just toxic enough to damage nearby neurons.

In one case, the paresthesia lasted for a whopping 736 days

A 2010 University of Toronto study published in the Journal of the American Dental Association rounded up data from more than 11,000 “adverse effects” reported over a decade to the US Food and Drug Administration (USFDA) following the use of one of five kinds of local anaesthetics. Of those who experienced some form of paresthesia, 89% of it occurred in their tongues. Imagine not being able to speak or eat without feeling an awkward numb, tingling sensation in your tongue. The rest felt it in their lips instead. In one case, the paresthesia lasted for a whopping 736 days after the initial dental treatment – that’s more than two years.

And it’s not just pharmaceutical anaesthetics that can deliver paresthesias to the mouth, ranging from mild tingling to painful pricking. Peppers can do it too, thanks to the capsaicin locked away in chillies and peppers that deliver a pleasingly painful punch when delivered in small doses. Szechuan peppers, though, also contain compounds called alkylamides, which deliver a “tingling pungency,” similar to the compression tingling that precedes pins and needles. 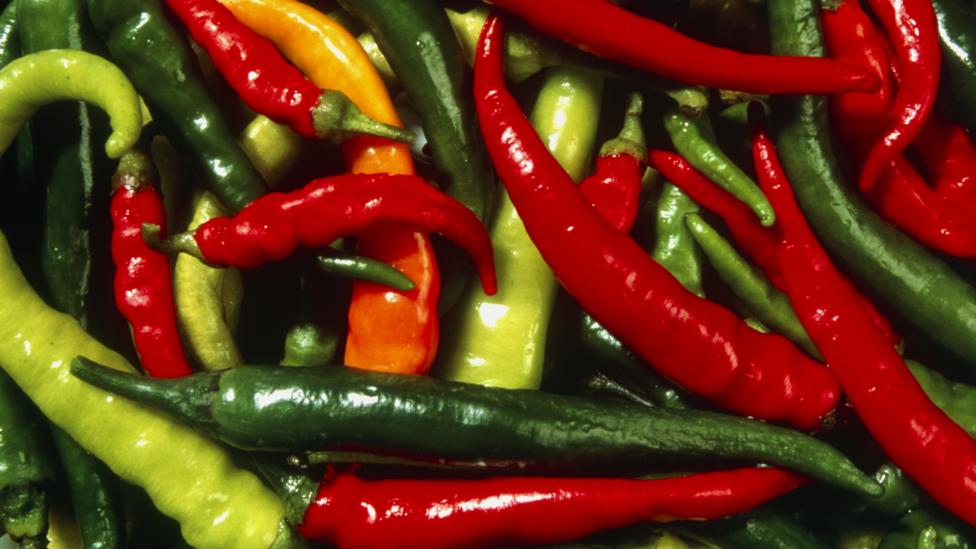 The capsaicin in chillis can also cause a feeling similar to pins and needles (Credit: Science Photo Library)

It’s such a predictable effect that in folk medicine, the extracts of Xanthoxylum have been used for anaesthesia. The plants have even become known in some communities as the “toothache tree.”

Pins and needles may be an annoying reality for us, but it’s good to remember that it could be much, much worse. Most of us only have to get a little blood flowing and the irritation simply goes away.

Body Matters
1Why do you get ‘brain freeze’?
Body Matters
2Why does a funny bone hurt so much?
Mosaic@Future
3How it feels to live with no smell
Body Matters
4The truth about belly button fluff
Around the BBC