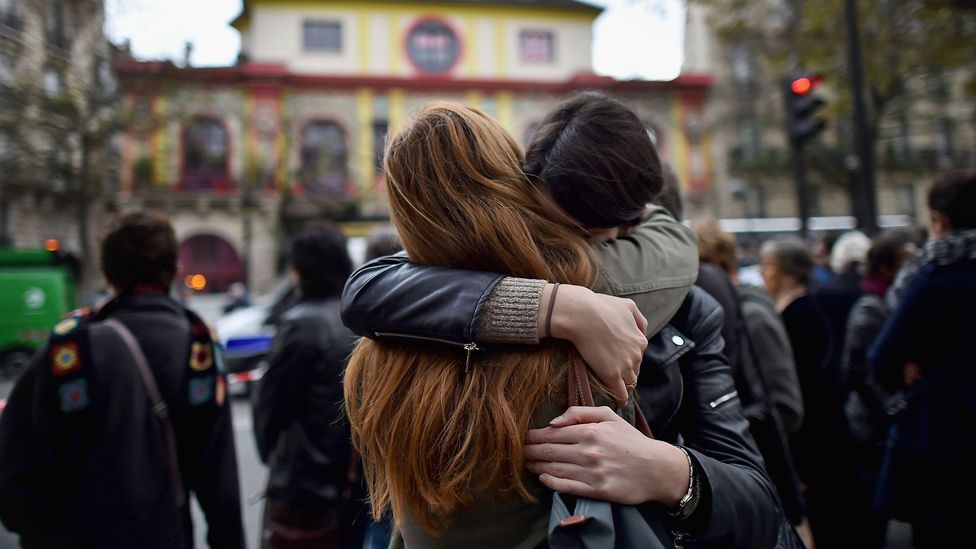 By David Robson 17th November 2015
Despite the horror of events such as the Paris attack, it is common to hear stories of extreme, selfless bravery. What makes people risk their lives to save others?
L

Ludovico Boumbas was meant to be enjoying a friend’s quiet birthday meal when the shooting began at the Belle Equipe in Paris on Friday. He could have just dived for cover in terror, but when he saw a gunman take fire at a woman nearby, some other instinct took over. Friends say that he dived in front of the oncoming bullet, saving her life while ending his own.

The day before, almost 2,000 miles to the east, Adel Termos in Beirut had shown similarly selfless bravery. Seeing a man in an explosive vest approaching a crowd of people, he tackled him to the ground, detonating the bomb, a move that undoubtedly saved lives.

Two ordinary men, who showed extraordinary courage when atrocity struck. As the world comes to terms with the events of the last few days, we may hear many other tales of everyday heroism.

Why do some people show such amazing bravery? For those who give their lives, we can never know what was going through their minds, but David Rand at Yale University has examined many similar cases of everyday heroism to try to understand the thinking behind these kinds of selfless acts – and his findings should offer a chink of light in these dark times. 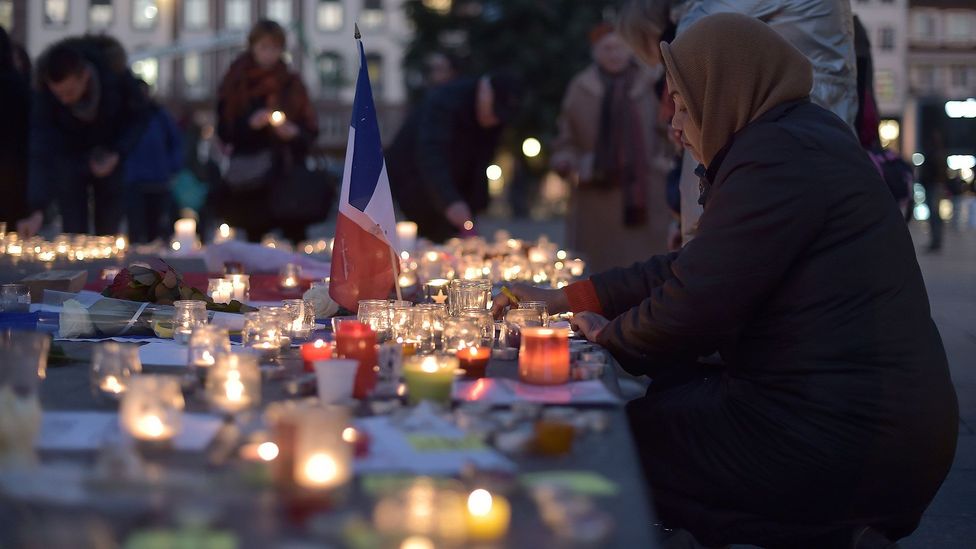 While remembering the victims, we can also learn from their courage (Credit: Getty Images)

When forced to make rapid, intuitive decisions, we tend to act the most selflessly

Rand’s previous studies had examined a more fundamental question: are we naturally predisposed to being selfish, or selfless? One idea was that our automatic response to any event would be to get what we can for ourselves, and we will only perform good deeds when we have calculated that there will be a greater reward later on. Being good, those psychologists said, takes a conscious, deliberate effort to suppress our worst impulses.

Yet in his experiments in the lab, Rand found the opposite: the less time people had to deliberate in his tests, the most selflessly they acted. He asked participants to play simple games for money, for instance. He found that they were more likely to share their cash with other players if they were rushed, so that they had to act intuitively rather than analytically. Equally, asking people to memorise a number – suppressing their conscious thought – while they played the games also made them more generous. There was some variation between people, of course, but on average, it seemed that they were naturally predisposed to being cooperative and kind. They didn’t have to think about it; they just intuitively acted fairly. “Our default is to cooperate,” Rand says.

That’s not to say that the behaviour doesn’t have its benefits in the long-term; people who are cooperative may be more likely to reap a reward in the future, so perhaps we’ve all just learnt that it pays to be nice. But the idea that humans are naturally, intuitively generous is still somewhat more optimistic than the idea that our selfish desires are only suppressed by a calculating, rational mind. 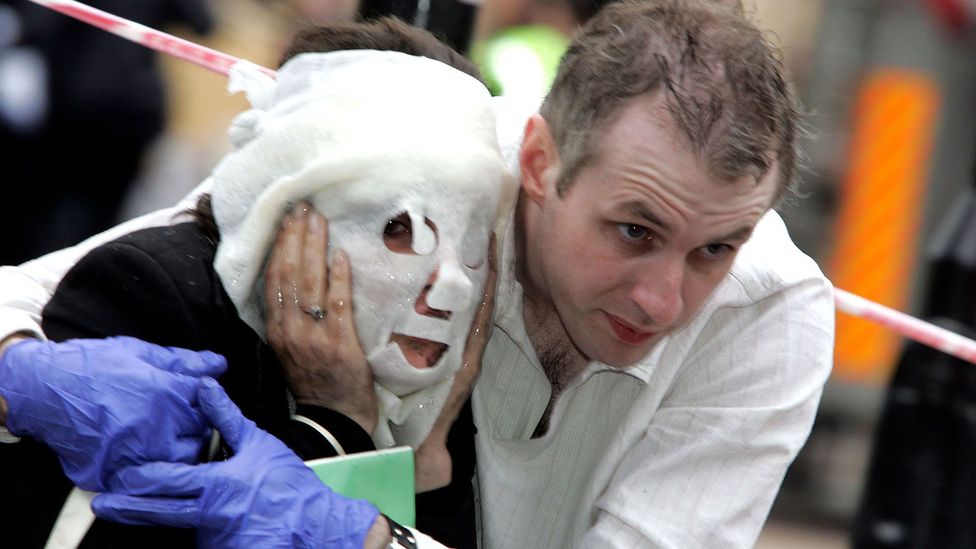 Survivors of traumatic events - such as the 2005 Tube bombings in London pictured here - often report of the extraordinary kindness of strangers (Credit: Getty Images)

I had only two thoughts: one, I have to get him out of the door, and two, ‘Oh my God, this guy could kill me’ – Kermit Kubitz

Rand was interested in more than just sharing money, however. “I was curious whether the pattern extended when the stakes were higher,” he says, so he went on to study the jaw-dropping examples of “extreme altruism”, the kind we are now hearing from Paris and Beirut. For material, he looked to people who had won a Carnegie Hero Medal, ordinary civilians who had risked their own life to save another. He points to Christine Marty, for instance, who swam across deep floodwater in Pennsylvania to save a pensioner from drowning in his car. Or Kermit Kubitz, who saw a stabbing in his local bakery. “I had only two thoughts: one, ‘I have to get him out of the door,’ and two, ‘Oh my God, this guy could kill me, too,’” he later said. “I ended up on my back with the knife in my ribs.”

Using media reports from around the time of their heroism, Rand gathered statements from around 50 of the medal-winners about their good deeds. An independent team then rated the descriptions across various psychological factors to see whether they appeared to reflect intuitive decisions or whether their bravery was the result of deliberation, in which they had to persuade themselves it was the right thing to do.

I just did what I felt like I needed to do. You don't think about someone making that big a deal out of it – Daryl Starnes

In total, the vast majority – around 90% ­– of the acts appeared to be based on gut instinct. Importantly, they made these decisions even when they would have had enough time to hesitate and deliberate, and perhaps even persuade themselves not to help. Yet in most cases, those doubts don’t seem to have entered their heads: within a split-second, they knew they had to act for the good of another, even if it meant risking their own life. “Almost across the board, it was a highly automatic, intuitive response,” he says.

Consider Daryl Starnes, for instance – a 70-year-old man who dived into a burning vehicle to save the woman inside. “I just did what I felt like I needed to do. You don't think about someone making that big a deal out of it,” he later said. Marty’s response was similarly spontaneous as she saved the drowning man. “I'm thankful I was able to act and not think about it,” she said. 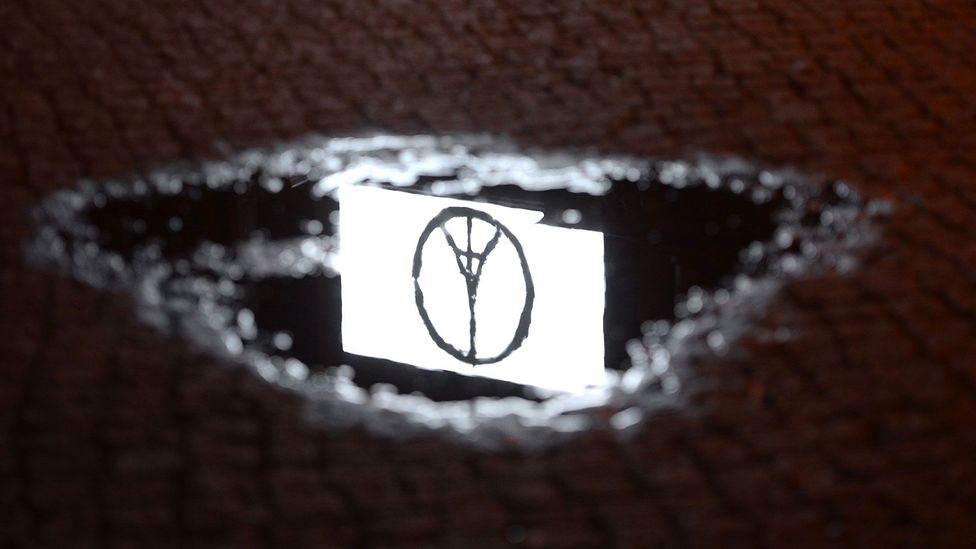 After the attacks in Paris, citizens across the world have come together to remember the lives of the victims (Credit: Getty Images)

Being kind and selfless was part of their autopilot

Rand explains it like this. The brain has two operating modes, he says, that could broadly be called fast and slow-thinking. Slow-thinking is conscious, analytical and logical, while fast-thinking is the autopilot, built from habit, which can react at a moment’s notice. Although the heroism may seem to come out of the blue, Rand thinks the extreme altruists had been incubating their selfless tendencies throughout their daily lives, so that helping others was part of that “fast-thinking” autopilot. This may be combined with a general impulsiveness, and heightened capacity for empathy – evidence from other extreme altruists suggest that their brains respond very strongly to emotional expressions of fear, and distress. “Emotion is the force that drives you when you have these intuitions,” Rand says. The result is that when they faced their crisis, this fast-thinking took over, leading them to act before doubt had taken over.

Importantly, Rand thinks we could all learn from their good actions. “If you get into habit of being cooperative, that becomes the default, and it will mean that you more likely to act that way in other contexts,” he says. “You cultivate the habits of virtue.”

When faced with terrorism, it is natural to take a dark view of humanity – for fear and suspicion to dominate our thoughts. But the stories of Boumbas, Termos and the Carnegie Heroes reminds us altruism and heroism can become our second nature too – an instinct that cannot be quenched even in the direst circumstances.