While rats are met with revulsion in most parts of the world, some communities put rodents pride of place on the dinner menu.

Before going to sleep, you ought to make sure no food is left forgotten somewhere on the floor or table. Otherwise, you may end up with some familiar and unwelcome guests: rats. Just a glimpse of a furry rodent is enough to inspire revulsion and complaints to authorities – for example, New York has recently renewed efforts to solve a ‘rat crisis’ in the city. But such guests are not despised everywhere. In fact, in some places around the world, rats are considered a delicious delicacy.

On 7 March every year, in a remote village in the hills of north-east India, the Adi tribe celebrates Unying-Aran, an unusual festival with rats as the culinary centrepiece. One of the Adi’s favourite dishes is a stew called bule-bulak oying, made with the rat’s stomach, intestines, liver, testes, foetuses, all boiled together with tails and legs plus some salt, chili and ginger.

Rodents of all kind are welcomed in this community, from the household rats often seen around the house to the wild species that dwell in the forest. The rat's tail and feet are particularly appreciated for their taste, says Victor Benno Meyer-Rochow, at Oulu University, Finland, who interviewed several members of the Adi tribe for a recent study into rats as a food resource.

The answers he got revealed a different view of the pesky pests. The respondents told Meyer-Rochow that rodent meat “is the most delicious and best meat they can imagine.

“I was told: ‘No party; no happiness if there is no rat available: to honour an important guest, visitor or relative, to celebrate a special occasion; it can only be done if rats are on the menu.’” 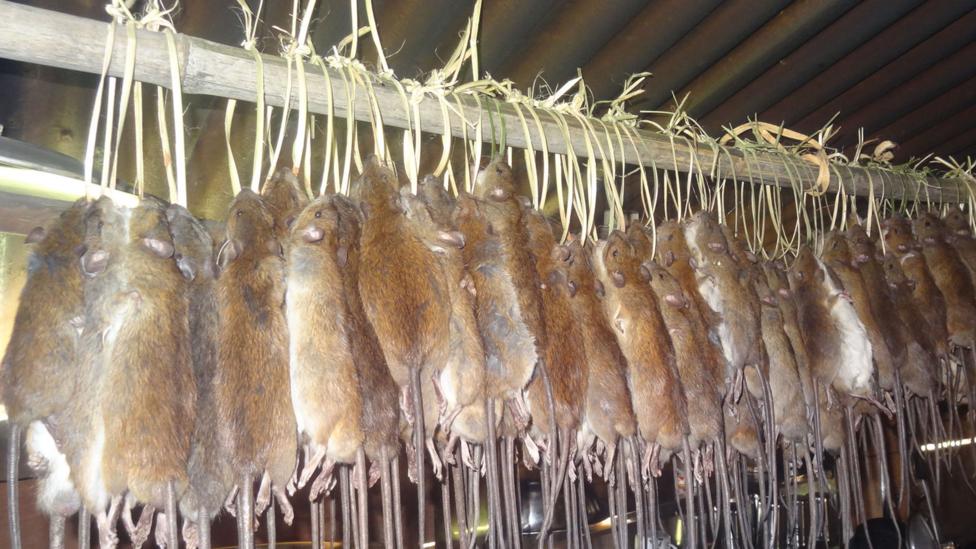 Depending on the number of traps set, on a good day between 30 and 100 rats may be caught by a single rat hunter (Credit: Meyer-Rochow & Megu)

The rats are so beloved they are more than just a menu item. “Gifts of rats, dead of course, are also an important item in making sure the bride's relatives are happy to see their daughter leave her old family and join that of her husband,” he says. In the first morning of the Unying-Aran festival, called Aman Ro, children receive two dead rats as presents, much like the toys you got as a kid on Christmas morning.

Little is known about when or how the Adi people developed their taste for rats, but Meyer-Rochow is certain it is a long-held tradition, and not formed due to a lack of other choices of game. Plenty of animals such as deer, goat and buffalo still roam the forests surrounding the village. These tribes simply prefer the taste of rodents. “[They] assured me that ‘nothing beats the rat’,” he says.

Even Meyer-Rochow, despite being vegetarian, ended up trying the famous meat, which he found similar to other meats he had eaten, except for the smell. “It brings up memories of zoology students' first lab courses in which they dissect and cut up rats to study vertebrate anatomy,” he says. 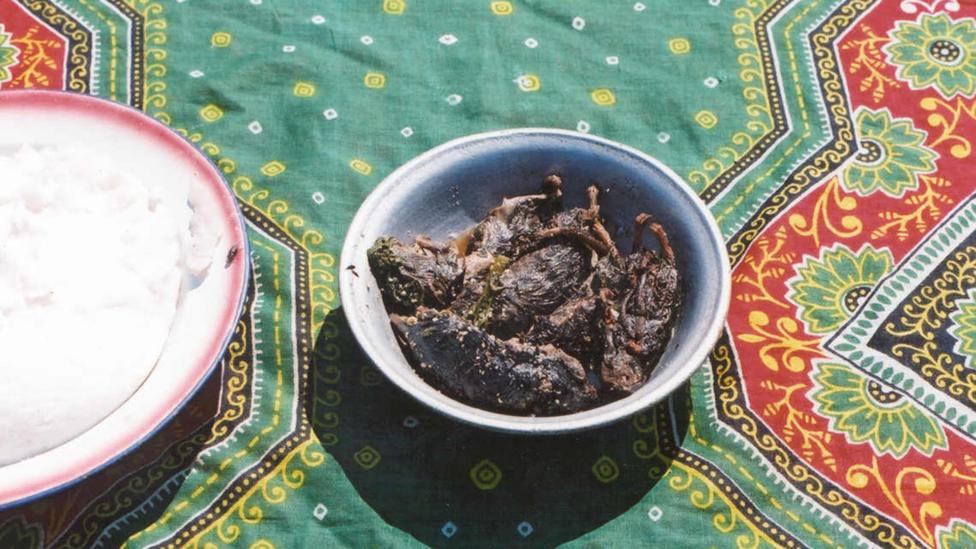 These rats have been roasted whole, lightly tossed in a spicy sauce and eaten in their entirety, served with cassava paste (Credit: Prof S.R. Belmain, University of Greenwich)

It’s not just in this small corner of India that rat is on the menu. British TV presenter Stefan Gates has travelled around the world meeting people with very unusual sources of food. Outside the city of Yaounde, in Cameroon, he found a small farm of cane rats, a species he describes as “like a small dog, angry, vicious little fellows”. Vicious, perhaps, but also tasty. Gates says these rats are a special treat, since they are more expensive than chicken or vegetables.

And what did it taste like?  “It was the most delicious meat I ever had in my life,” he says. Gates recalls the meat was stewed with tomatoes, and he describes it as being  “a bit like pork, but very tender, like slowly cooked pork shoulder. Extraordinarily tender, gentle and delicious, the stew was “very succulent, juicy and with a lovely layer of fat that has melted down beautifully”.

In the Indian state of Bihar, Gates spent some time with the Dalits, one of the poorest castes in India. The people he met, called ‘rat eaters’ by locals, tended the crops of wealthier landowners of a different caste in exchange of the right to eat the rats that plagued the field. 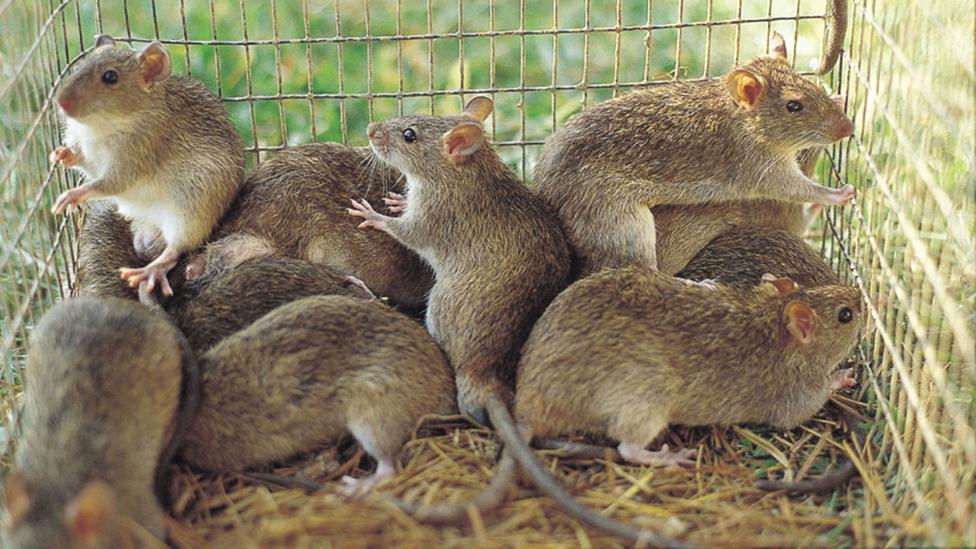 According to Gates, these small rats were very tender and tasted much like a small chicken or quail. The only unpleasant aspect was the smell of burning hair – to avoid wasting any bit of skin or meat from the tiny animal it is grilled whole, to burn off its hair. And this produced a “horrible, horrible smell”, says Gates, and “a bitter sensation on the outside of the skin”. But it was all good inside. “The meat and skin inside the rat was absolutely delicious,” he said.

Tasty rats around the world

Our taste for rodents goes back many centuries. According to a scholarly review by the University of Nebraska–Lincoln, rats were eaten in China during the Tang dynasty (618-907 AD) and called “household deer”. One speciality eaten during the Tang dynasty was new-born rats stuffed with honey, “conveniently snatching them with chopsticks“, the authors say.

Until about 200 years ago the kiore – or Rattus exulans, a close relative of the common house rat – was eaten by many Polynesians, including the Maori of New Zealand. “In pre-European times [New Zealand’s] South Island was a major source of kiore, which were preserved and eaten in vast quantities, normally in early winter,” says Jim Williams, a researcher from New Zealand’s University of Otago. 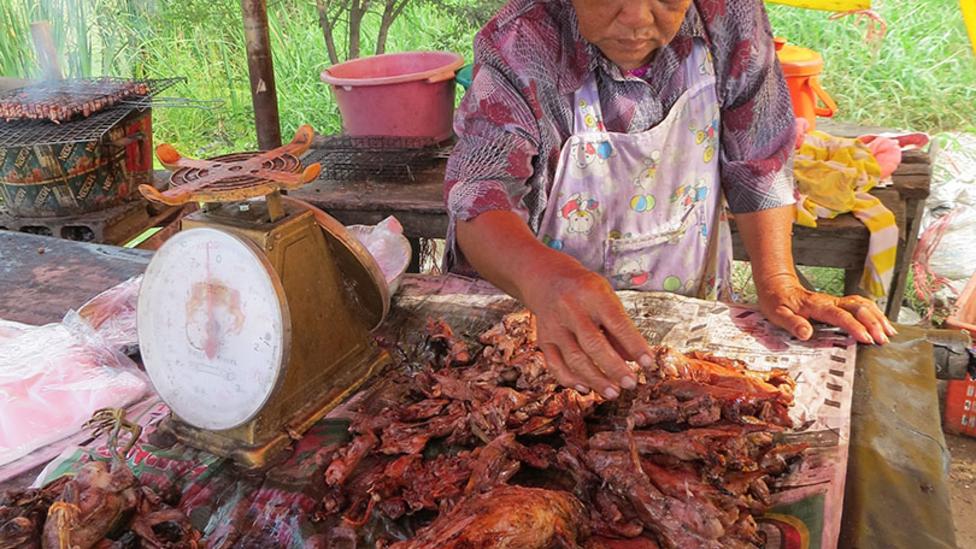 According to the Encyclopedia of New Zealand, the kiore was considered a delicacy served to visitors and even used as a currency, exchanged at ceremonies such as weddings.

Rats are eaten regularly in Cambodia, Laos, Myanmar, parts of the Philippines and Indonesia, Thailand, Ghana, China and Vietnam, says Grant Singleton, from the International Rice Research Institute in the Philippines.

In Laos, farmers can identify at least five rodent species based on their taste

Singleton says he has eaten rat meat at least six times in the Mekong Delta of Vietnam. As for the flavour?  “In the case of the rice field rat I would describe it as more gamey, with a taste closer to rabbit,” he says.

Singleton also recalls eating rats in the uplands of Laos and in the lower delta of Myanmar. In Laos, he says, farmers in the northern upland provinces can identify at least five rodent species based on their taste. 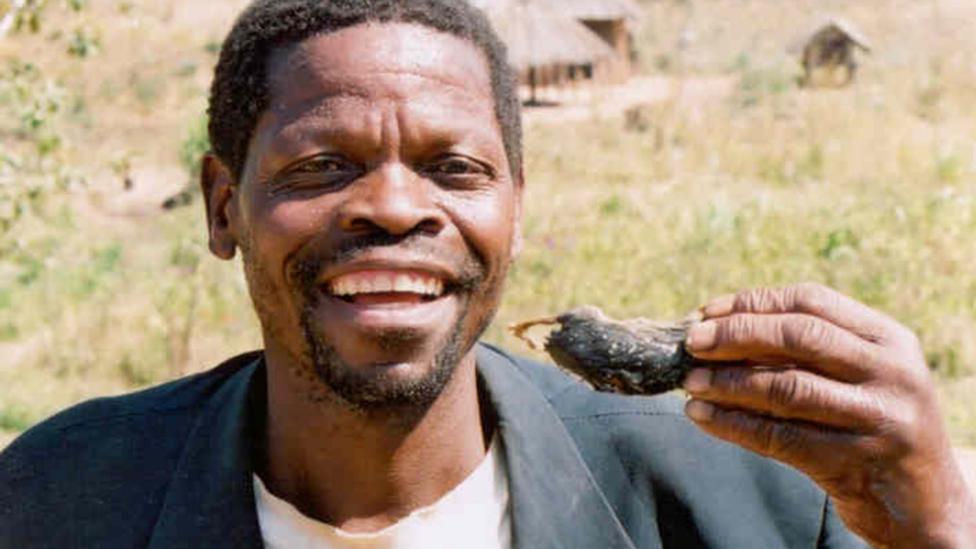 In Africa, some communities have a long tradition of eating rats. In Nigeria, for instance, the African giant rat is a favourite among all ethnic groups, says Mojisola Oyarekua, from the University of Science and Technology Ifaki-Ekiti (Usti) Nigeria. “It is regarded as a special delicacy and it is more expensive than equivalent weight of cow meat or fish. It is delicious and can be eaten as roasted, dried or boiled,” he says.

So why do people eat rats? Sheer necessity? After tasting rats in different countries, Gates says people do so more from choice than being forced to out of scarcity.

Rats may not be currently on the menu of your favourite neighbourhood restaurant, but as we move into a more globalised world with more adventurous diners, it is not unreasonable to think that rodents could one day feature on Western menus more frequently. Just give it a try. You might like it. After all, for some, it is the most delicious meat they have ever tasted. 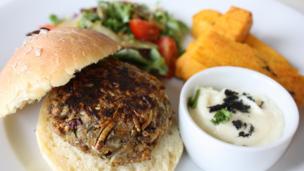 The strangest meal I’ve ever eaten 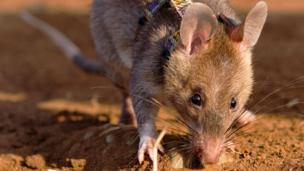 Giant rats that can sniff out TB 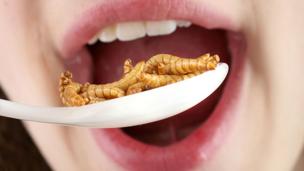 Would you go on the insect diet? 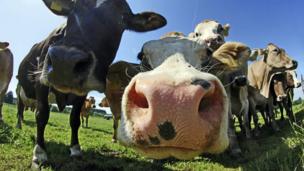 Will we ever eat GM meat?
Around the BBC