Loading
Homo Spaciens: Our new life off Earth | Space
This is why lunar colonies will need to live underground
Share using EmailShare on TwitterShare on FacebookShare on Linkedin 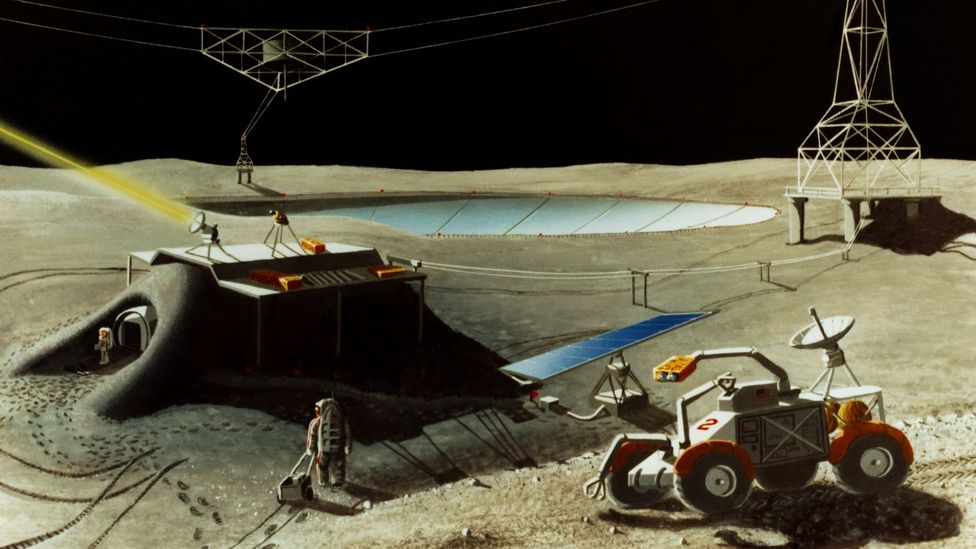 By Peter Ray Allison 18th December 2015
The coldest parts of Earth come nowhere close to the freezing temperatures of the lunar night – and building a base that can withstand them will not be easy.

For decades the thought of colonising the Moon has tantalised scientists and visionaries alike.  Various colonies have graced our screens, from the sprawling Moonbase Alpha in Space: 1999 to the compact mining colony in Moon.

A lunar colony is arguably the next logical step for mankind. It is our nearest stellar neighbour, a mere 238,000 miles (383,000km) away, which makes resupplying relatively easy. One attraction is the comparatively abundant supply of Helium-3 on the moon, which is an ideal fuel for fusion reactors.

Various space programmes have theoretically mapped out a route for establishing a permanently manned lunar colony. China has expressed interest in a base on the far side of the Moon. It was revealed in October 2015 that Esa and Roscosmos are planning a series of missions to the Moon to assess the possibilities for permanent settlement. 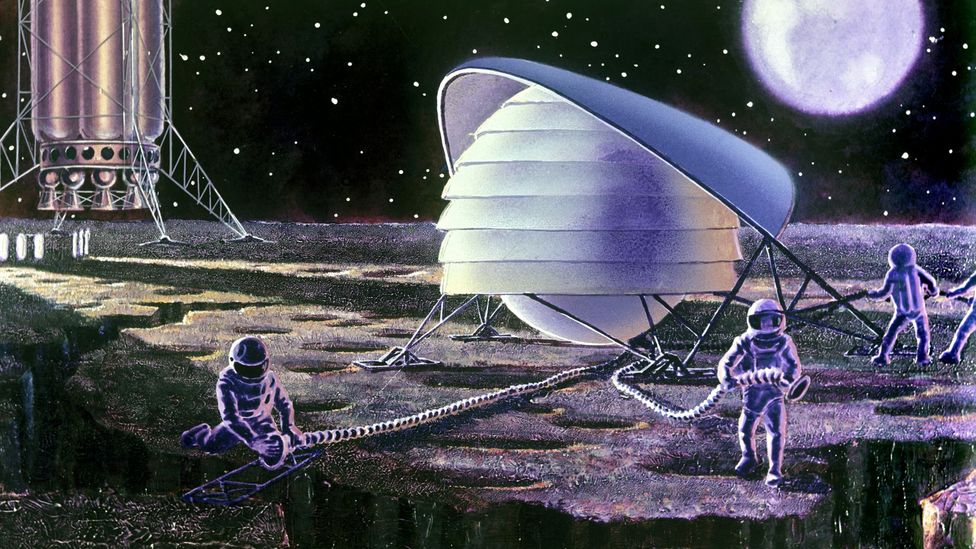 Early ideas of Moon bases, this this Soviet artist's impression, might not work in reality (Credit: Science Photo Library)

However, this is not without significant challenges. A single rotation of the Moon takes approximately 28 Earth days, meaning that each lunar night lasts 354 hours – the equivalent of more than 14 days on Earth.  This long night cycle means that temperatures drop dramatically. Temperatures along the equator vary between 116°C (240F) during the day to -173°C (-279F) at night.

The lunar night will be shorter if the base is stationed at the North or South Pole. “There are many good reasons to build such a base at the poles, but there are other factors to consider than simply the hours of sunlight,” says Edmund Trollope, a spacecraft operations engineer for Telespazio VEGA Deutschland. As on Earth, the poles can become extremely cold.

While burying a colony is an accepted idea, doing it in practice may be an enormous challenge

At the lunar poles, the Sun would move around the horizon rather than into the sky, so panels would need to be constructed pointing sideways (such as in the form of a wall), making their construction more complicated. A large, flat base at the equator would collect a lot of heat, but to achieve heating at the pole you have to build upwards, which adds to the complexity. “With a cleverly selected base site, the difference in temperature can be easily moderated,” says Volker Maiwald, a research associate of the German Aerospace Centre DLR.

The broad temperature variation in the day/night cycle means that not only must lunar bases be able to provide sufficient insulation against freezing cold and searing heat, but they also need to be able to resist thermal stresses and heat expansion.

The early robotic lander missions to the Moon, such as the Soviet Union’s Luna missions, were designed to survive one lunar day (two Earth weeks.) The landers used in Nasa’s Surveyor missions could be reactivated the following lunar day. However, damage incurred to components during the night often prevented useful scientific data being obtained.

The Moon rovers used in the Soviet Union’s Lunokhod space programme in the late 1960s and 70s incorporated radioactive heater elements with a sophisticated ventilation system, which allowed them to operate for up to 11 months. These rovers were dormant during the night phase and restarted as soon as solar power became available. 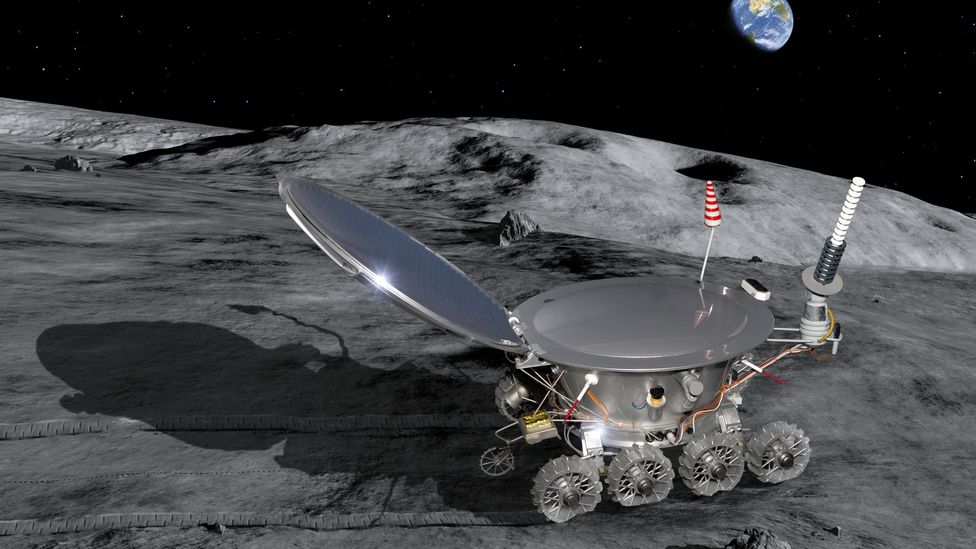 One option to avoid the high thermal variations is to bury any base buildings within the lunar regolith. This powdery material that covers the Moon’s surface has a low thermal conductivity and a high resistance to solar radiation.  This means that it possesses strong thermal insulator qualities, and the deeper the colony the greater the thermal protection. Also, as a base will be heated, and heat transfer is very low on the Moon due to the lack of atmosphere, this can reduce thermal stresses further.

However, while burying a colony is an accepted idea, doing it in practice may be an enormous challenge. “I have not yet seen a design which can already handle this,” says Volker. “I assume it would be robotic ‘construction’ machines, which could be operated remotely.”

Another method by which this could be achieved is through the landing itself. Penetrators that pierce the surface on impact have already been suggested (on a much smaller scale) for several Moon missions, such as Japan’s Lunar-A and the UK Space Agency’s MoonLite proposal (now shelved, although the idea of a penetrator landing was so compelling that Esa have given it further consideration as a high-speed delivery mechanism for sampling and analysing the surface and subsurface of a planet or moon). The advantage of this concept is that the base is buried at impact, meaning it would only be exposed to relatively moderate thermal conditions before it is protected.

However, there would still be the problem of power supply, since a typical penetrator design offers only very limited options for using solar power. There are also the problems of the high-acceleration loads at impact and the pinpoint accuracy required for guidance control. “The impact force necessary for burying a structure would be extremely difficult to reconcile with necessary features of a manned base,” says Trollope. 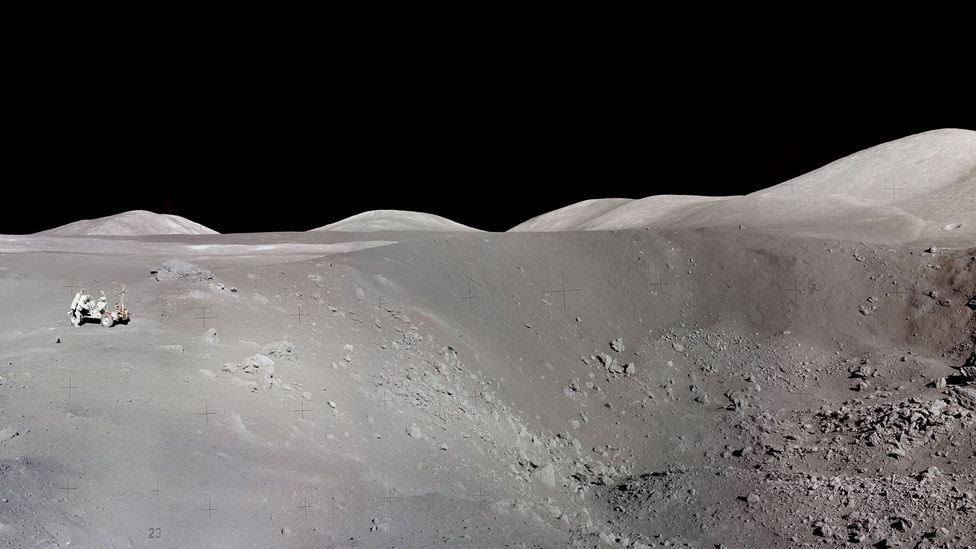 Lunar soil may have to be piled on to the colony buildings to protect them (Credit: Science Photo Library)

An alternative to this solution would be to pile the lunar regolith on top of the colony, possibly using machines such as hydraulic excavators. For this to be effective it would need to be swiftly completed.

If lunar regolith cannot be piled on top of the colony, then a Multi-Layered Insulation (MLI) ‘hat’ over the colony could be used to prevent the heat from dissipating. Thermal insulating MLI materials are widely used on spacecraft to protect them from the cold of space.

Once developed, fusion reactors could also be viable, given the relatively abundant supply of Helium-3

The advantage of this method is that it easily allows for the use of solar arrays to collect and store energy during the two-week lunar day. However, if insufficient power can be collected, then alternative methods of power-generation have to be considered.

Thermoelectric generators could be used to provide energy during the night cycle: while they have low efficiency they also have low maintenance issues because they have no moving parts. Alternatively, Radioisotope Thermal Generators (RTGs) offer greater efficiency, and use a highly compact fuel source. The base would need to be shielded from radiation while allowing the heat transfer. The logistics of supplying the generator with a suitable radioactive isotope are challenging: safety risks during launch from Earth would have to be addressed, as well as political and security issues with the supply. 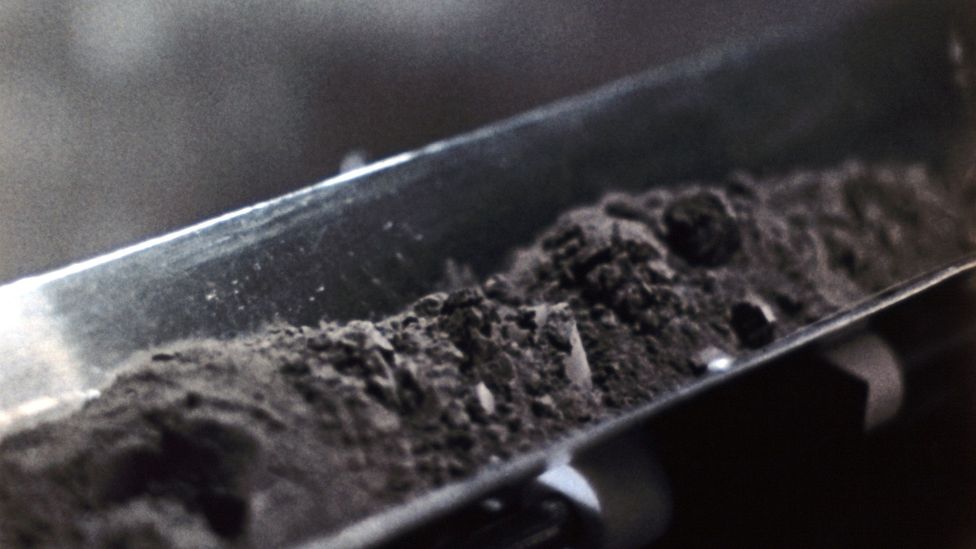 If a Moon base is to be buried under lunar soil, it will have to be done quickly (Credit: Science Photo Library)

Nuclear (fission) reactors could alternatively be used, although the issues listed above would still be a problem.

Once developed, fusion reactors could also be viable, given the relatively abundant supply of Helium-3. Alternatively, batteries – such as Lithium Ion – could also be used, provided sufficient solar energy is generated for the two-week night cycle.

One idea for providing a surface station with power during the lunar night cycle is through an orbiting satellite that transmits the power by microwave or laser. A study explored this concept 10 years ago. They determined that for a large lunar base, requiring hundreds of kilowatts of power, delivered from orbit by a 50KW laser, a rectenna (a type of antenna that is used to convert electromagnetic energy into direct current electricity) would need to be 400m in diameter, as well as requiring 5,000m² of solar panels on the satellite. To put this into perspective, the International Space Station has just over 3,300m² of solar panels.

Despite the significant challenges in constructing a colony that can withstand the harsh lunar night cycle, they are not insurmountable. With suitable thermal protection and an appropriate power generation system during the long, two-week night, we could have a manned lunar colony within the next two decades. Then we can start to set our sights further afield.