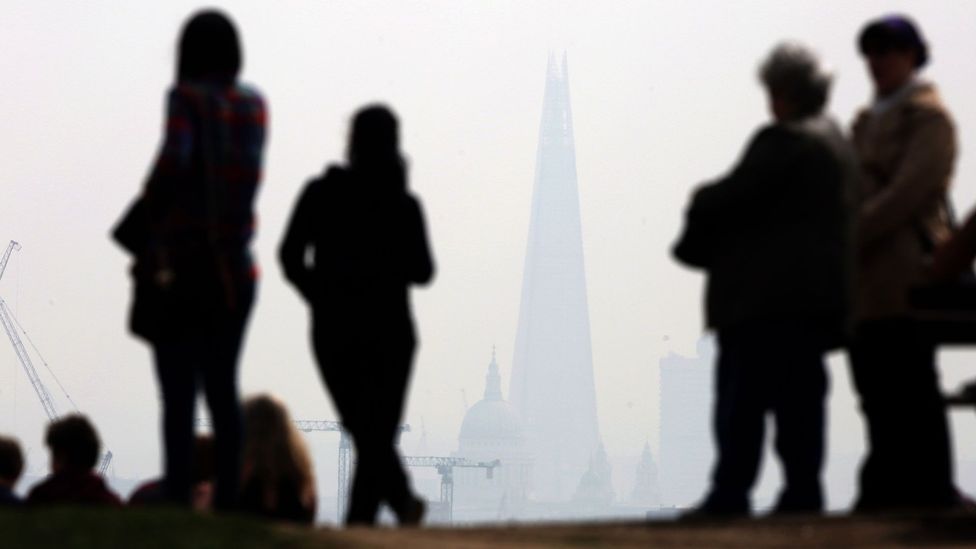 By Jon Excell 22nd December 2015
After the Great Smog of 1952 killed up to 12,000 Londoners, the country cleaned up its act. But today, pollution of another kind may be just as insidious – and almost as lethal.
I

Imagine smog so thick that you can't see your feet as you walk through it; so impenetrable that it blots out the sun; so toxic that it stings your eyes and leaves you gasping for breath.

It may sound like the backdrop to some post-apocalyptic nightmare, but on 5 December 1952, this terrifying scenario became the reality for the people of London. That day’s incident alone killed thousands and prompted a global transformation in the way we deal with air pollution. 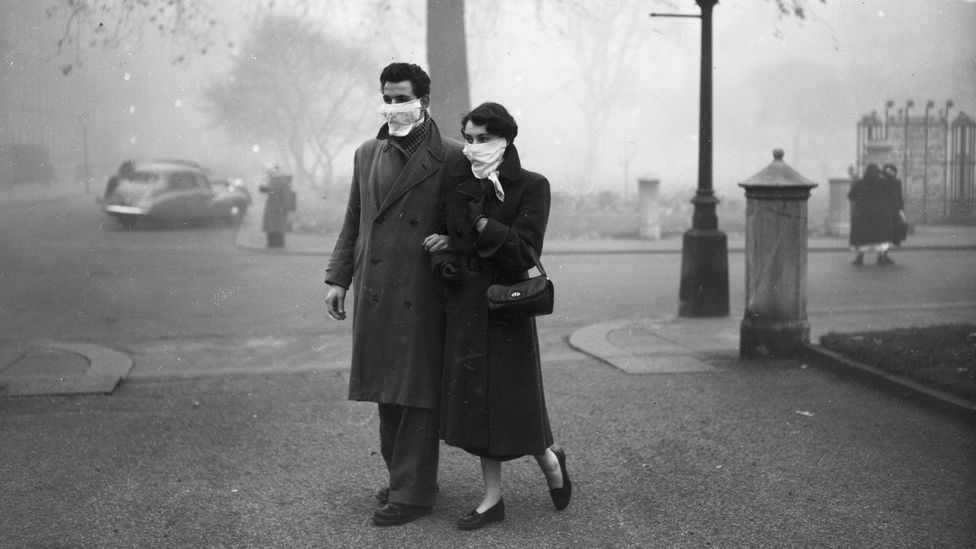 A couple walks the streets of London in November 1953; nearly a year after the Great Smog, masks were still necessary (Credit: Monty Fresco/Topical Press Agency/Getty Images)

On that cold, clear day in 1952, Londoners huddled around their coal fires for warmth. But while the smoke would normally disperse into the atmosphere, an anticyclone hanging over the region created an inversion – trapping the pollution close to the ground and leading to the formation of a sulphurous, toxic shroud that would blanket the capital for the next five days.

Before the weather conditions changed and the smog retreated, thousands had died. Official estimates at the time put the number of fatalities at 4,000 – more civilian casualties than were caused by any single incident during the war – while recent research suggests that it may have caused as many as 12,000 deaths.

Although ‘pea-soupers’, as the smogs were known, had been an unavoidable feature of Britain's major cities for more than a hundred years, the Great Smog of 1952 was the worst.

It also marked something of a turning point: until then, people had accepted smog as a necessary evil. “In Britain’s coal-fuelled cities, smoke was tolerated for more than a century as a trade-off for jobs and home comforts,” says environmental historian Dr Stephen Mosley. Some even celebrated air pollution as a tangible measure of Britain's industrial vitality, while the blazing coal fire, with all its cosy connotations of ‘home and hearth’, was a luxury few were prepared to give up.

Despite growing public pressure to deal with the issue, the government's reaction was sluggish. Initially it even claimed that December’s high mortality was due to a flu outbreak, and seven months elapsed before it eventually ordered an inquiry.

Four years later, in 1956, the Clean Air Act came into force, banning the burning of polluting fuels in “smoke control areas” across the UK. 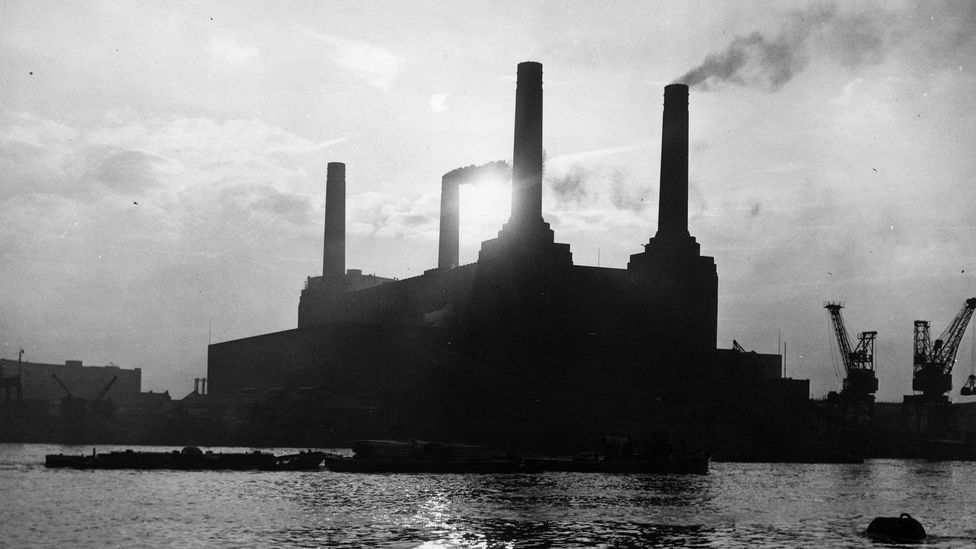 The act was truly revolutionary, representing a major global milestone in environmental protection. Public health was vastly improved; flora and fauna that had all but vanished from urban places by the 1950s began to flourish; and the grand architecture of Britain's cities was no longer obscured beneath a thick layer of soot and grime. In the years that followed, a host of other industrial nations were inspired to follow suit.

But, while air pollution from coal may be a thing of past, London's air quality problem hasn’t gone away. And with a recent study suggesting that pollution in the capital claims as many as 9,500 lives a year, a growing number of scientists, politicians and campaigners believe that on the eve of the Clean Air Act's 60th anniversary, the UK must once again invoke its pioneering spirit.

The study, which was carried out for Transport for London by Kings College London’s Environmental Research Group, attributes these premature deaths to two main pollutants: fine particulates known as PM2.5 and the toxic gas nitrogen dioxide (NO2).

NO2 could be to blame for as many as 9,500 premature deaths in London each year

NO2 levels are of particular concern. London has the world’s highest measured levels of the gas and has breached EU safety limits every year for the last five. In 2015, NO2 levels on Oxford Street broke the annual limit in just four days.

The KCL study estimated that the gas could be to blame for as many as 5,900 premature deaths a year. 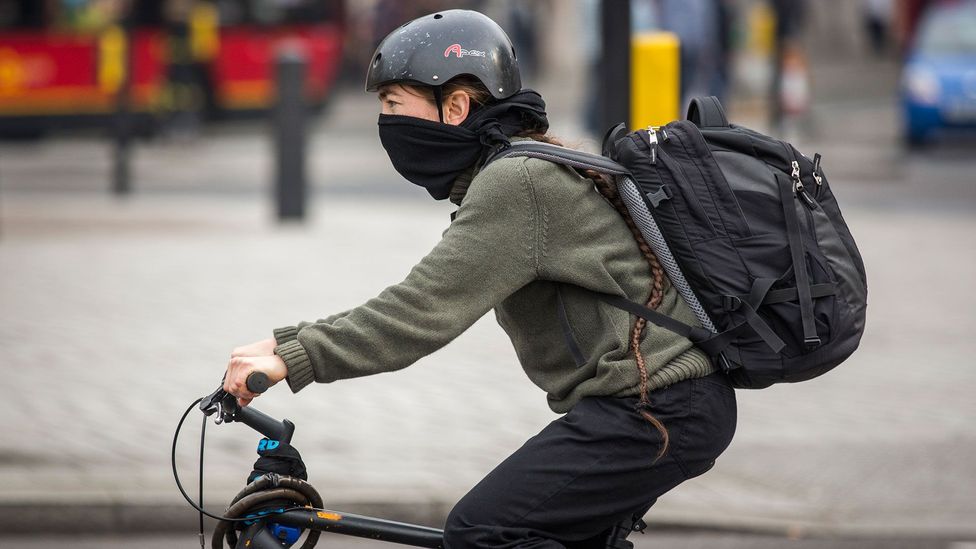 A cyclist bundles up against the smog in London in April 2014, one of the worst weeks for NO2 levels in the city last year (Credit: Rob Stothard/Getty Images)

While scientists have been aware of NO2’s toxic properties for many years, the fact that it’s usually present with other pollutants has made it difficult to isolate its impact, says Kings College air quality specialist Martin Williams. Only now have researchers been able to conclude that there is an independent effect.

Nevertheless, says the study's author Dr Heather Walton, there is still some uncertainty on exactly how many deaths can be attributed to the gas.

NO2 pollution has a range of sources. But according to the government's Department for Environment and Rural Affairs, emissions from transport account for at least 80%. Diesel vehicles, which form more than a third of London’s road traffic, are the biggest culprits.

Because of their fuel efficiency and lower CO2 emissions, diesel engines have been heavily incentivised over the last couple of decades – with successive governments turning a blind eye to their higher particulate and NOx (mono-nitrogen oxides NO and NO2) emissions.

Ironically, the effect of diesel engines has been made worse by the use of technology designed to make them less polluting. “Diesels emit particles in much larger quantities than petrol cars so were fitted with particle filters,” says Williams. “These trap the particles on filters, but every now and again they have to be burned off – NO in emissions is converted to NO2 which helps to oxidise and burn off particles in the filter. To solve the particle problem, NO2 emissions were being increased.” 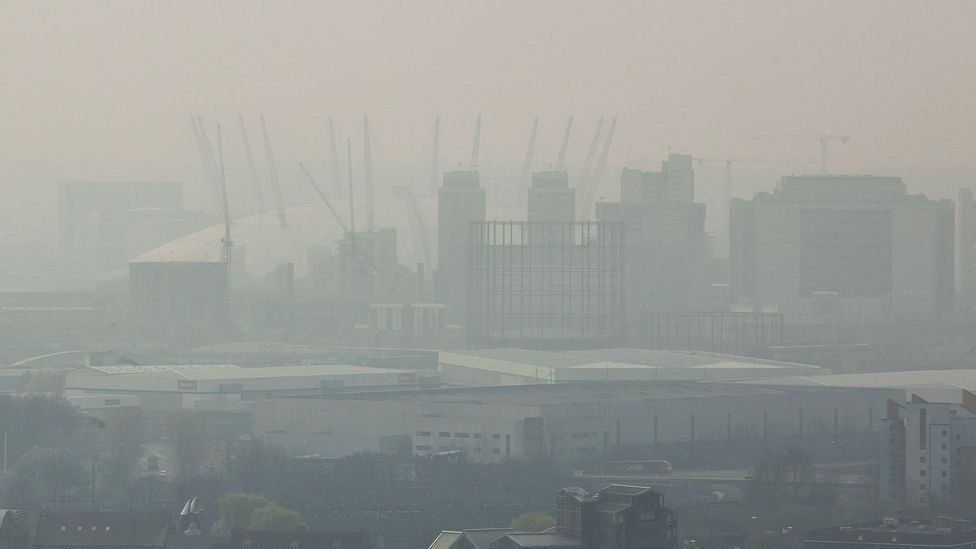 Still, London's deputy mayor for Environment and Energy Matthew Pencharz says there wouldn’t be a problem if EU emissions testing could actually be relied upon. He says that vehicles are often up to 10 times more polluting on the road than they are on the test cycle. “If the vehicles had all performed the way we’ve been promised by the EU, we would be within the NO2 limit values around now,” he says.

Don’t tell me there isn’t a street somewhere similar to Oxford Street with higher NO2 values. The thing is they haven’t measured it – Matthew Pencharz

And one of the main reasons that London’s figures look so grim, he says, may be that London is simply better at measuring pollution than everyone else.

“We have one of the most robust air pollution measurement networks in the world,” he says. “Don’t tell me there isn’t a street somewhere similar to Oxford Street with higher values. The thing is they haven’t measured it. No one else measures it as accurately as we do.”

Williams agrees. “We’re certainly as good as the best, if not the best, in terms of monitoring. The levels are the highest we’ve been able to find, but I would have thought if you looked hard, you could probably find levels almost as high in other large cities.”

The good news is that NO2 levels are beginning to fall. Selective catalytic reduction systems, which are able to remove many of the NOx emissions from exhausts, are now legally required on many of the most polluting diesel vehicles, and the KCL study points to a modest decline in concentrations over the past few years.

Newer, less polluting vehicles are being rolled out across the capital. More than 1,200 hybrid buses now operate in London, including the new diesel-electric Routemaster – which according to TFL produces a quarter of the NOx and particulate emissions of conventional diesel buses. TFL is also expected to shortly announce the introduction of the world’s first zero-emissions double-decker.

Newer, less polluting vehicles are being rolled out across the capital

Efforts are also underway to clean up the city’s taxi fleet, with TFL recently announcing that from January 2018, all new taxis licensed in London must emit less than 50g/km of CO2 and have a zero-emission range of 30 miles. Earlier this year Metrocab, a battery-powered vehicle that uses a small combustion engine as a range extender, became TFL’s first licensed zero-emission-capable taxi. And the London Taxi Company recently unveiled the prototype TX5, a lightweight, battery-powered Black cab that it plans to put into production during 2016. 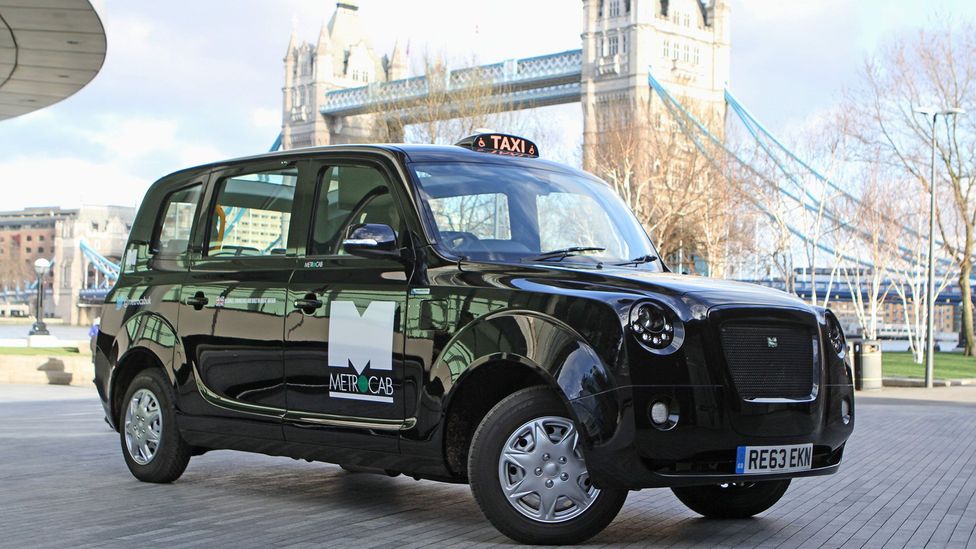 The release of the Metrocab, a battery-powered taxi capable of zero emissions, is one of the efforts to clean up the city’s transport (Credit: Metrocab)

There is also the much trumpeted Ultra Low Emission Zone: from 2020, all vehicles entering London’s existing congestion charge zone will need to meet exhaust emissions standards or pay an additional daily charge to travel.

But many claim these developments don’t go far enough. The mayor’s office has faced heavy criticism for ditching its initial plans to simply ban the most polluting vehicles from the emission zone. And as it now stands, diesel vehicles meeting new Euro 6 emissions standards – which emit high levels of NO2 – will be exempt from the charges. What’s more, a recent survey of 500 businesses found that 23% would rather pay a charge than upgrade their vehicles.

“You have to look at where you can get the best impact for the least amount of compliance and cost,” Pencharz says. “Electric vans don’t exist at a reasonable cost for business.”

Others point to the far wider-reaching changes of the Clean Air Act as an example of how people can adapt. “Before the Clean Air Act, people said ‘the government doesn't have the money, the poor are going to starve or freeze’. And that wasn't what happened,” says Simon Birkett, founder of campaigning group Clean Air In London. “Once these limits are put in place, people find the cheapest way of complying with them.” 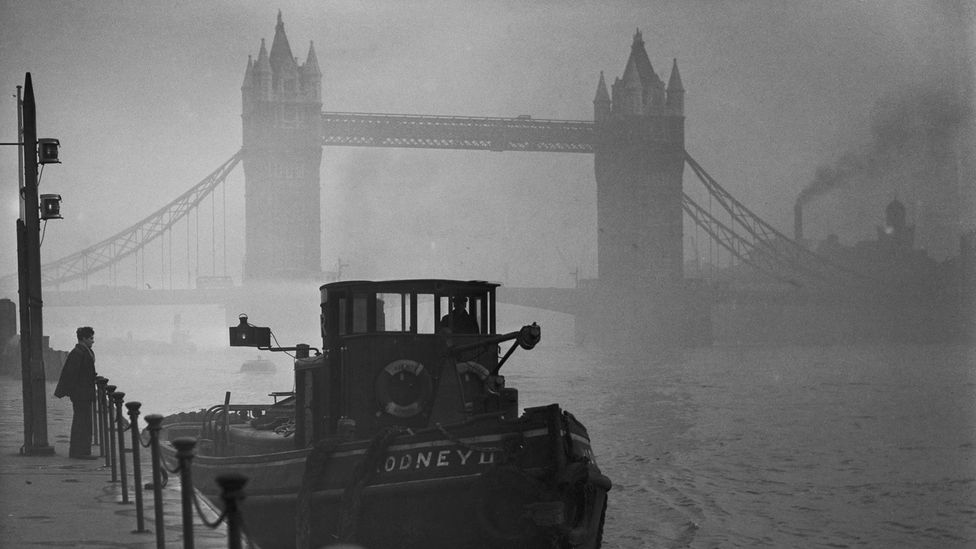 A man looks out at the Tower Bridge during the Great Smog of 1952 (Credit: Fox Photos/Hulton Archive/Getty Images)

Still, perhaps the main lesson to be learned from history is that it is exceptionally challenging to persuade people to change their habits – and to persuade government to force this change.

“The right to burn a coal fire in one’s own home was seen as an inviolable freedom in the past, and not until the 1952 smog did the government feel that it had sufficient public support to make changes that affected personal liberty,” Mosley says. “Let’s hope that it won’t be a case of history repeating itself.”

Jon Excell is the editor of The Engineer.