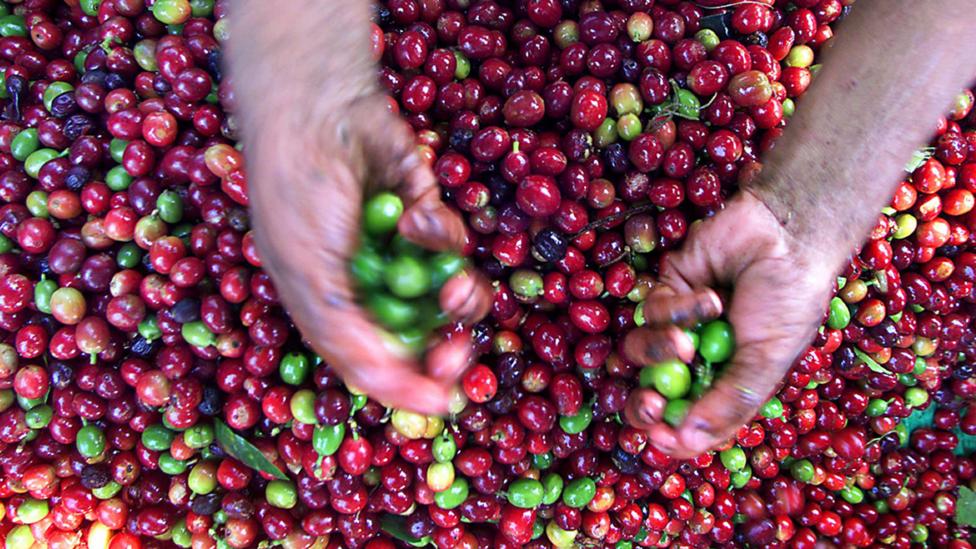 By Rachel Nuwer 28th December 2015
Could some foods go extinct, or is the threat exaggerated? BBC Future investigates the myths and the reality.
E

Earlier this year, scientists warned that one in six animal species could go extinct due to climate change. Could the same thing happen to our crops and other foodstuffs too?

It’s clear that farmers in many parts of the world are going to find things harder in the coming decades. Last week, BBC Future explored one scientist’s efforts to help crops cope with the increased likelihood of droughts. By using the genes from “resurrection plants”, Jill Farrant of the University of Cape Town is exploring whether she can design crops to survive for much longer periods without water.

Watch the video below to see how resurrection plants can come back from the dead, after months or even years:

But if we can’t find ways to protect other foods, will they survive climate change? Fortunately, there is some good news on this front. Despite alarmist headlines about “foods that are going extinct,” there is no evidence that major food types like beans, chocolate, wine, corn or wheat will cease to exist.

“A crop itself, no, it won't go extinct,” says Andrew Jarvis, a flagship leader on the CGIAR Research Program on Climate Change, Agriculture and Food Security. “Somewhere in the world, it will grow.”

Foods are unlikely to disappear under climate change, but that’s not the whole story

But that doesn’t mean it’s all good news for future food. We will probably have to change where we grow certain crops, as some regions get too hot. The downside, obviously, is that local farmers will suffer under this scenario. And some people may struggle to get the same access to certain foods. “Even if overall food production may be unaffected, food security can still be impacted,” says Margaret Walsh, an ecologist at the US Department of Agriculture’s Climate Change Program Office. In other words, even if a certain food is still grown on some corner of the Earth, it doesn’t mean that everyone will continue to have the same degree of access as today.

Overall, the yields of many foods, from staples to life-enhancing extras such as coffee and chocolate, will likely be impacted by climate change too. How those diminishments will be felt will depend on the degree of warming and the crop in question, but in general, “anything over about 30C is very bad for crops,” says Wolfram Schlenker, an associate professor of international and public affairs at Columbia University. For example, statistical studies that he and a colleague built of corn and soybean production in the US show a steep decline after crossing the 30C temperature threshold. 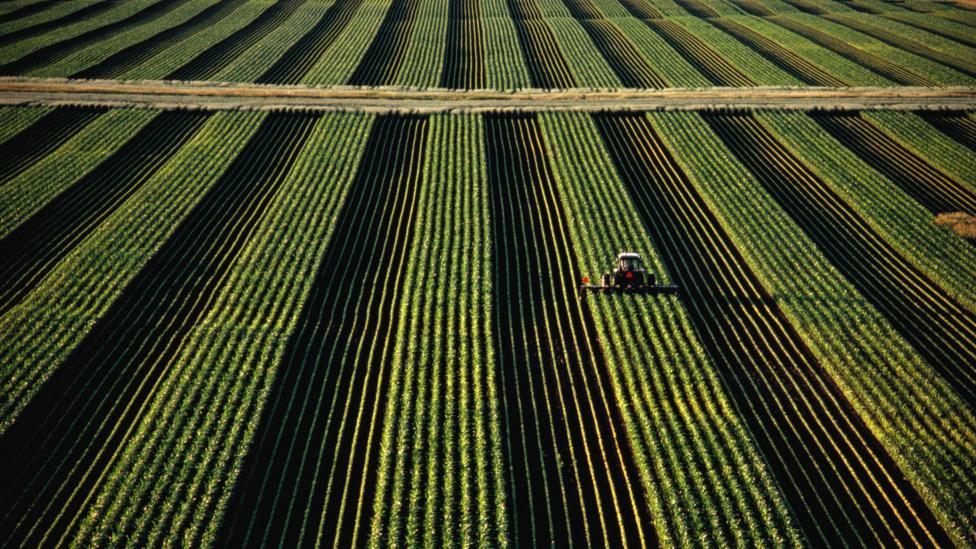 Soybean yields will eventually decline in the US, even if farms change location (Credit: Getty Images)

In the US – the world’s largest producer of corn and soybeans – farms can move north to some degree, Schlenker says. But eventually, yields will likely suffer because the soil north of Iowa declines in quality – a legacy of glacial expansion. Other studies, including of wheat in India and maize in Africa, also found that there is a threshold above which yields sharply decline: crops can adapt and move, but only to a point. “What’s common to all studies is the finding that extreme heat is detrimental to crop growth, although exact cutoffs vary by crop,” Schlenker says. “If predictions for the end of the century are true, though, I think a lot of agricultural areas in the US will see significant hits.”

Under current conditions, about 4% of the world’s croplands experience drought in any given year, but by the end of the century those conditions are projected to jump to about 18% per year. Some studies indicate that horticulture crops – generally, everything besides staples – may be impacted most severely, largely because they tend to be constrained to a smaller geographic area. Jarvis and his colleagues found that 80% of coffee-growing zones in Central America and Brazil could become unsuitable by 2050, for example, while climate change will likely have “profound impacts” on cocoa production in West Africa. “High quality chocolate will be less available in the future, and if you want it, you’ll have to pay a lot more for it,” Jarvis says. 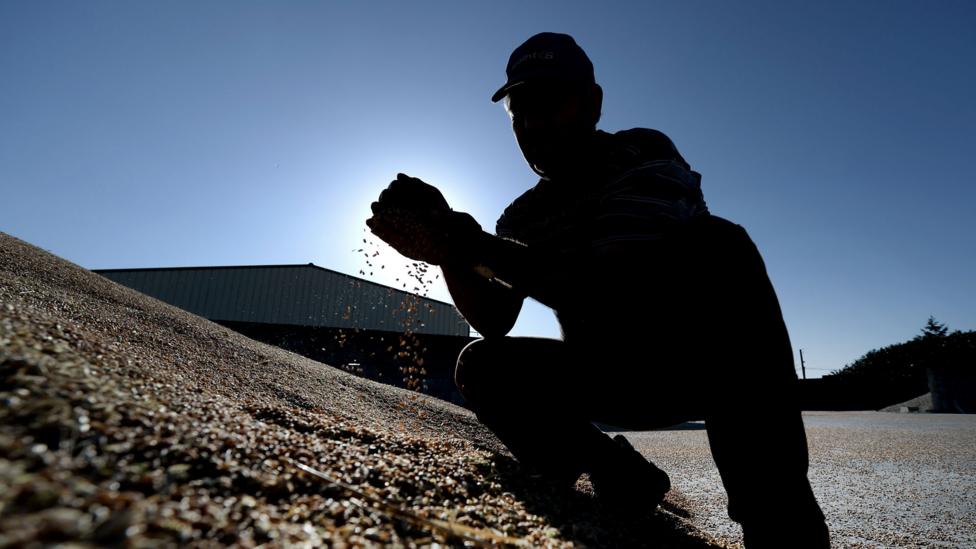 This means that, for those who can afford it, some foods will simply cost them more in the future. But for poorer people, those same price jumps will likely cause certain foods to go extinct from their diets. “The more you reduce, the shorter the supply, and the higher the price will jump,” Schlenker says.

High quality chocolate will be less available in the future, and if you want it, you’ll have to pay a lot more for it

Another potential climate change-induced hitch is our dependence on commodity crops – wheat, soybeans, maize and rice – which currently provide humanity with 75% of its calories, either directly or indirectly through the animals we raise on those crops. Jarvis and his colleagues also found that, over the past five decades, the world has seen an increasing standardisation of diets; the foods we eat globally today are 36% more similar than they were in 1961. While this can be good news for the world’s poorest people who now consume more calories, protein and fat than in the past, homogeneity and over-dependence on a handful of staples leaves us vulnerable to threats such as drought, disease and pests – all of which are predicted to worsen in many parts of the world as a result of climate change. 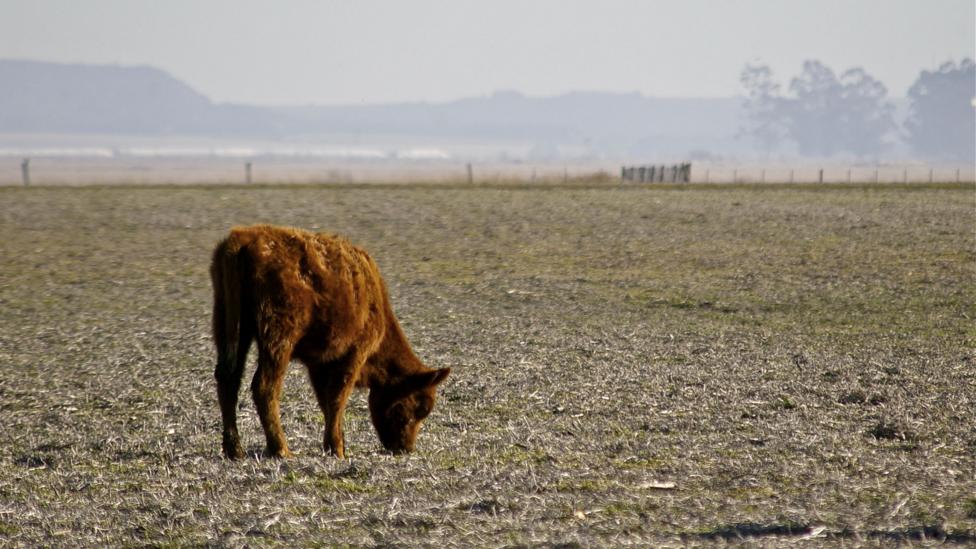 About 4% of the world’s croplands experience drought in any given year, but by the end of the century this figure is projected to jump to about 18% per year (Credit: Thinkstock)

There are ways we could soften the coming blow to the global food supply, however. Like Farrant’s work with resurrection crops (see video at the top of this story), a number of companies, organisations and researchers, including the Gates Foundation and Monsanto, are aiming to create drought- and temperature-resistant crops through genetic engineering and conventional breeding. For now, the jury is still out as to how successful those endeavours will be. “The people at Monsanto who I’ve talked to are much more optimistic that they’ll be able to engineer heat-tolerant crops,” Schlenker says. “On the other hand, scientists at the USDA who I’ve spoken with are much more cautious.”

“Genetic engineering is one solution that we should keep developing, but it’s not necessarily a panacea that will solve everything,” Jarvis adds. “The evidence gathered over the last 10 years is that it hasn’t totally revolutionised agriculture.” 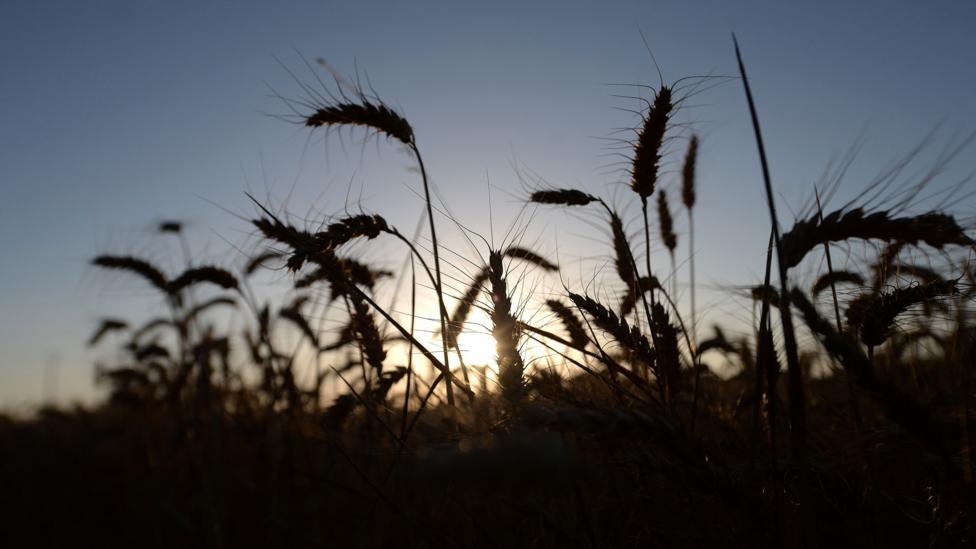 You may have to pay much more for certain foods in future, from wheat to chocolate (Credit: Getty Images)

Until genetic engineering comes to fruition, other strategies might also help in some places, including applying more fertiliser, implementing better irrigation, using machinery that gets crops out of the field faster or installing storage facilities to stave off spoilage. “Many places could benefit a great deal just by using technologies that already exist,” Walsh says. “General agronomic management can go a long way toward mitigating changes.”

Finally, diversifying our diet away from heat-sensitive wheat, corn, rice and other crops could also help. “We’ve seen profound changes in the last decades in what we eat largely as a result of international trade, and I think that trend toward more diversification will continue,” Jarvis says. “Depending on a greater number of plant species creates a more resilient, less risky food system – and one that provides a broader range of nutritional requirements.”